Yet a few more of my vintage "new" 25mm Minifigs ECW figures dating from the mid to late 1970's: 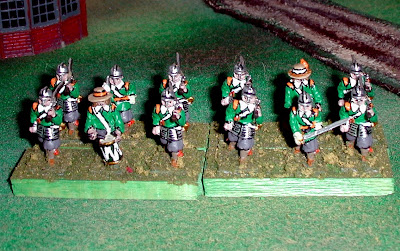 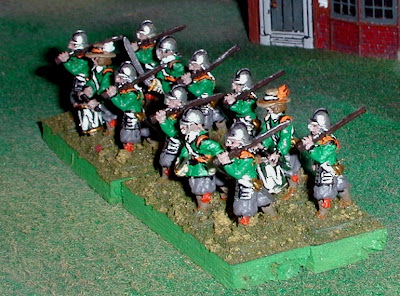 This is generic Parliamentarian unit, with the choice of green coats being arbitrary/aesthetic! 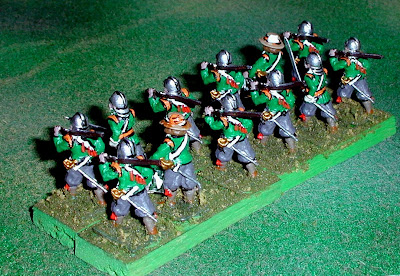 The rear view shows the use of the "black lining" technique used for painting these figures. the orange accents suggest their affinity for the Parliamentarian cause! 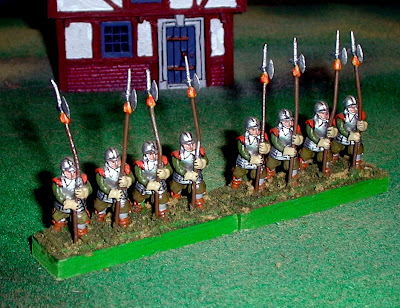 This small init of Halberdierrs is nominally from Devonshire; organized units of halberdiers were probably rare to non existent, but as they made the figure, I painted the unit! 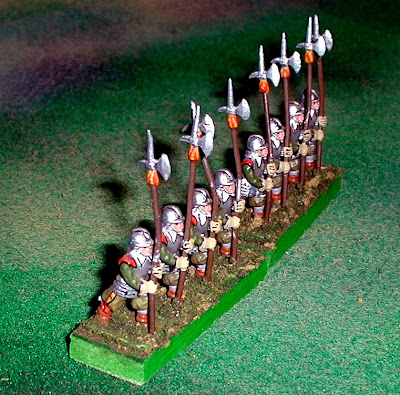 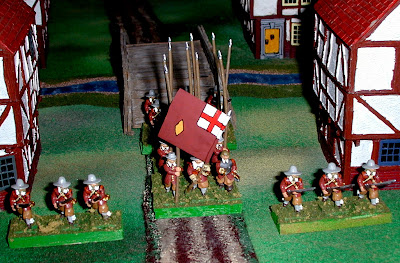 Next is a small regiment of Foote, that of Sir Thomas Grantham. Sir Thomas was elected to the House of Commons for Lincoln for both the "short" and "long" Parliaments, and raised a regiment that fought at the Battle of Aylesbury in 1642. 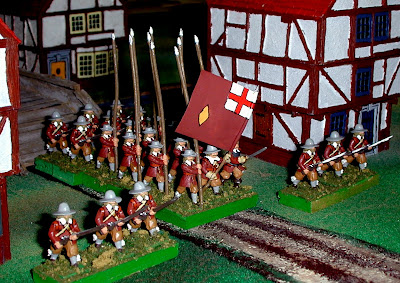 The "russet" (red-brown) colored coats are known for this regiment; the yellow diamond device on the flag is purely speculative. 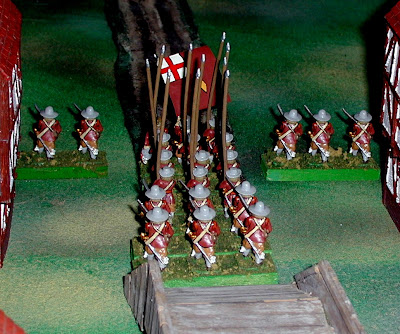 I have raised this unit as a sort of "back country" regiment with only basic equipment, relatively somber dress, only 1:1 pike to shot ratio, no armor, etc. 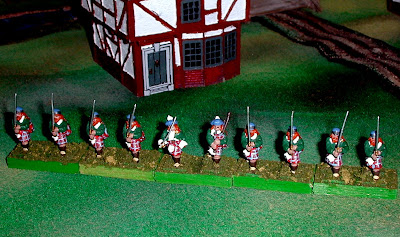 Finally, a small unit of Scotts swordsmen fighting in alliance to the Parliamentarian cause. 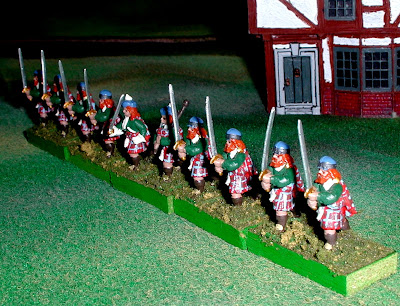 Scotland was of course a separate kingdom form England/Wales at this time, with its own, fairly well organized  (Covenanter) army, composed largely of units of Foote armed with pikes and muskets. 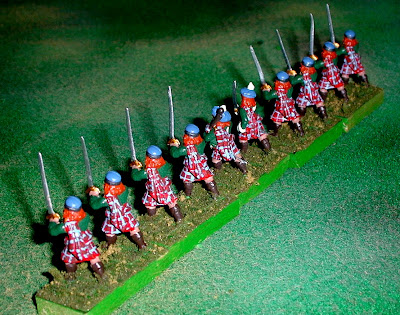 A final view, with the piper evident, the skirl of the pipes encouraging the lads forward as they did for centuries thereafter as well!

The oldest pipe tunes are unknown, but "The Campbells are Coming" is probably among them. On searching for the tune on You-tube, I found this version by the 9th NY Pipe band. Curiously, heard them perform as a young teen at the meeting of  the NY Military Historical Society, as related earlier in my "Of Dice and (Tin) Men" series. Indeed, I actually *have* this very record, one of the first dozen or so in my record collection as a boy (along with the 1812 Overture and Mussorgsky's Pictures at an Exhibition,  as arranged for Orchestra by Ravel).

Peter
Posted by Gonsalvo at 9:42 PM