The Casualties of War: ECW, Part3

A final group of 15 more casualty figures,. to be used as hit ("Disorder") markers when playing "For King and Parliament"

Lots of variety in the Old Glory figures... as usual!

Two weeks from now, I will already be in Lancaster, at the convention hotel!

To do in the ensuing 2 weeks are:

Oh, and finishing my Alpine buildings. All are in the advanced stages, so they should be done on time and ready for the four games I am running this year.  Add a playtest of the Berg Isel revised scenario combined with a playtest of Jared and Dillon's 10mm Francio Prussian War scenario 10 days hence, and there"s still plenty on the schedule between now and then!
Posted by Gonsalvo at 9:07 PM 20 comments:

I have long waited for a manufacturer to do the Baden (Light) Dragoons in 28 mm, and Murawski finally obliged last year.The regiment was originally raised as Dragoons circa 1803 - 1804, but was soon converted to light cavalry, or Light Dragoons. The official title of the regiment remained "Dragoner" (Dragoons) throughout the era, however. The regiment had a theoretical strength of a little over 500 men, in 4 squadrons. A second regiment was raised in 1813, and a 5th and 6th (depot) squadron was added to both regiments in 1814. 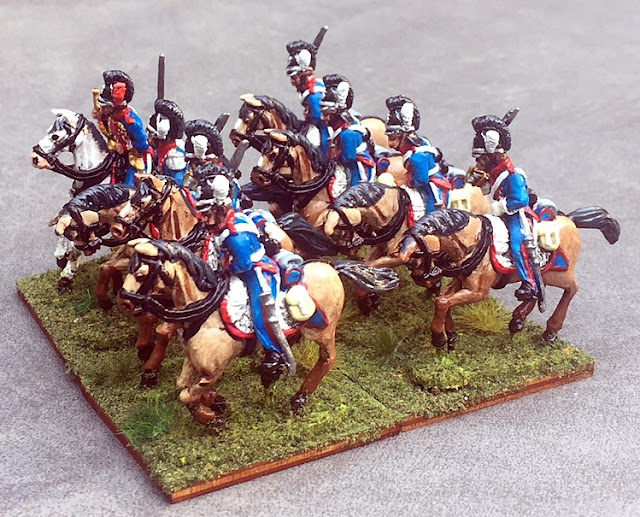 Here is the regiment in all of its Azure glory. Although, perhaps regrettably, sculpted in Campaign Dress, I have painted them in their full dress uniforms. 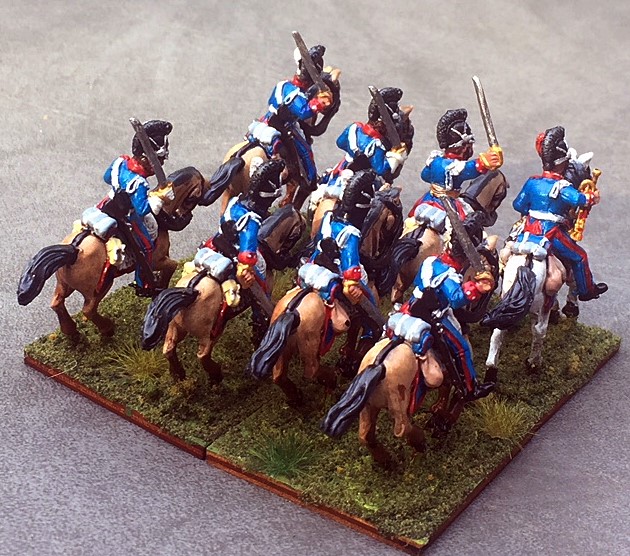 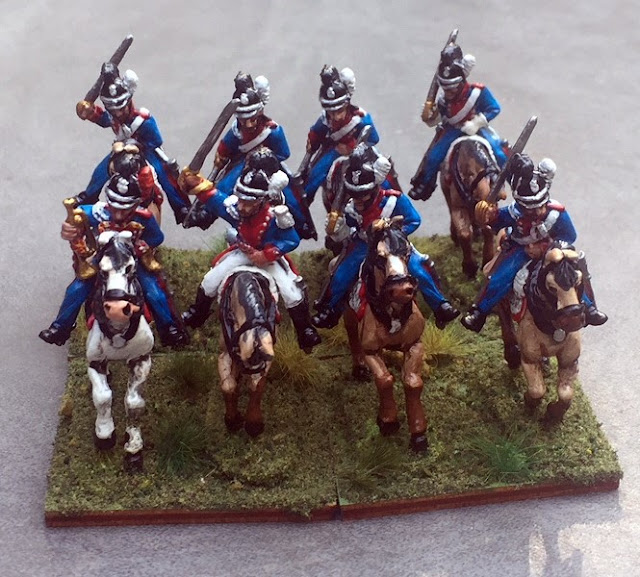 The officers had silver epaulettes, azure blue saddle cloths with silver borders, and the silver interwoven with gold and red sash common to all Badener officers, and wore white breeches. 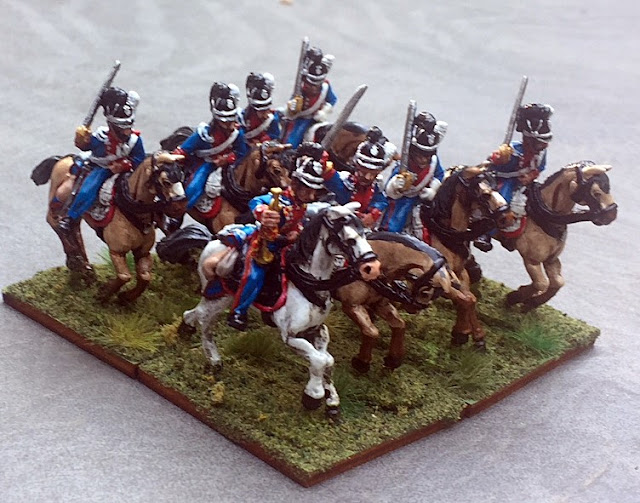 The trumpeters wore essentially the same uniform as the troopers, but with red plumes, and in dress uniform, had red, white, and  yellow lace on the lapels and cuffs. The trumpet cords were either plain red, or red mixed with yellow, as shown here. Trumpeters also had black sheepskins on their saddles instead of the white used by the rest of the regiment.

The Regiment in Line 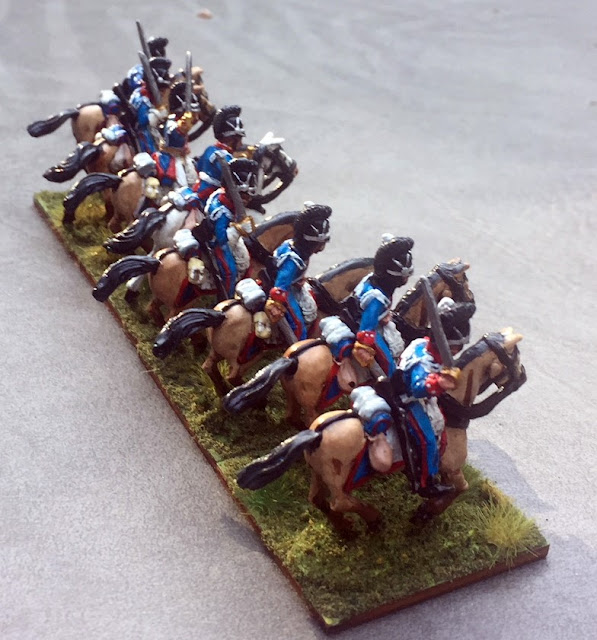 Just a bit of the officer's shabraque can be seen. 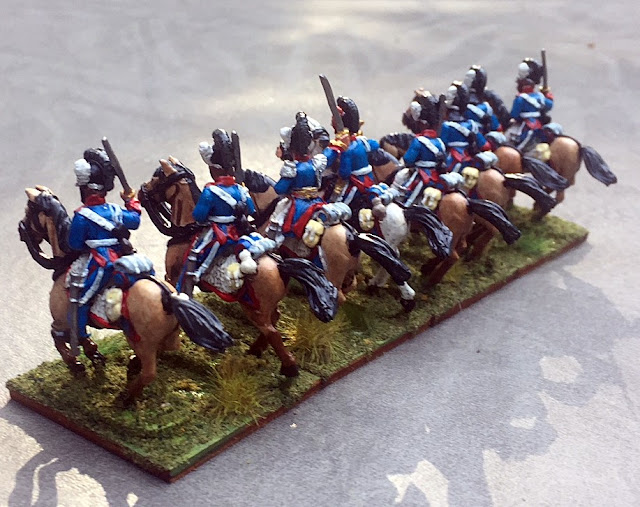 Note the encumbrances of troops on campaign hanging from the saddles. 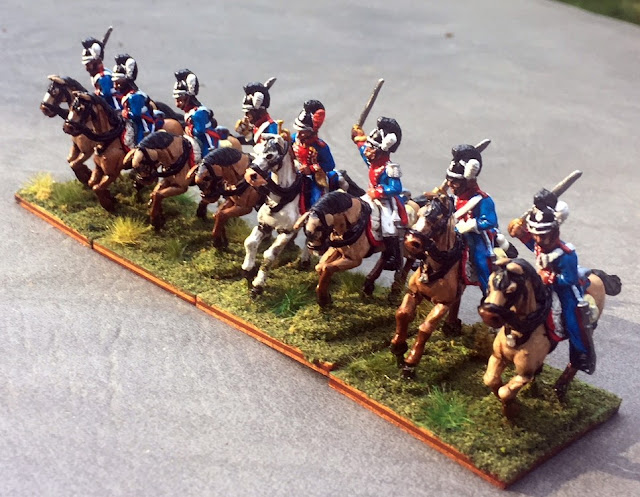 Charge!  The Baden Dragoons fought at Ebelsberg, Aspern, Wagram, and Znaim in 1809.

Throughout the era the jackets of the regiment(s) were Azure blue in color. The headgear was a black bicorn with a white pom pom until 1806, when a black leather Raupenhelm, reminiscent of the Bavarian version,  with white metal decorations was adopted.

(The above information is all condensed from "The Army of the Grand Duchy of Baden, 1806 - 1814", by W. J. Rawkins, the only decent source on the army of Baden in English that I am aware of) 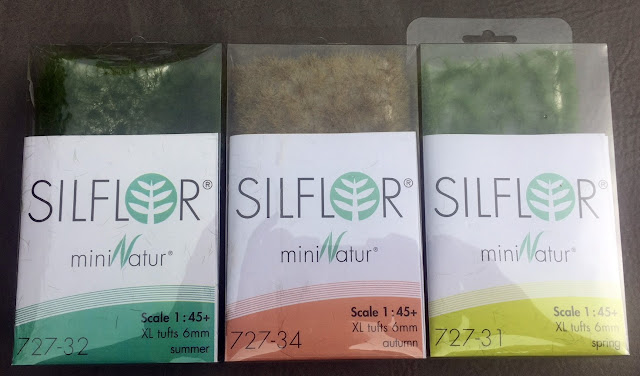 Scenic Express had their usual Memorial Day sale, and with hundreds of Hittites to base this summer, I took advantage of that to stock up on Tufts... 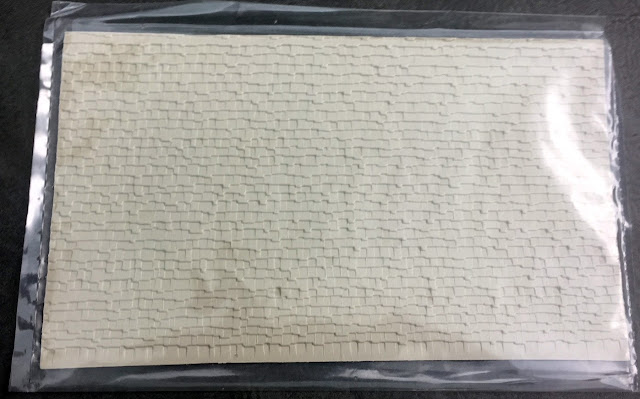 I also got some roofing sheets for my still-in-progress scratch built Tirolese buildings. 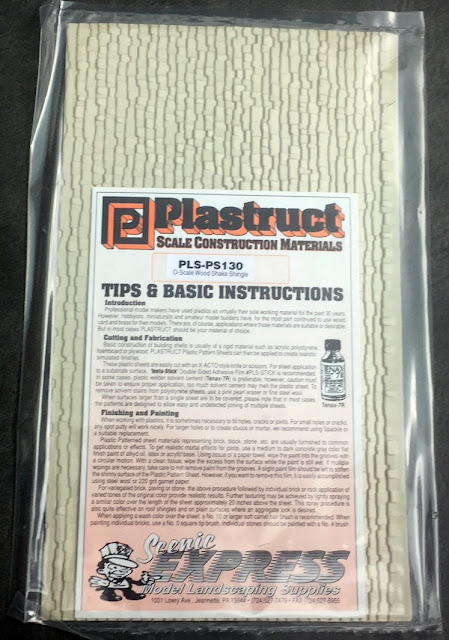 Reading the instructions, I may need to get some special glue to attach these to the roofs. 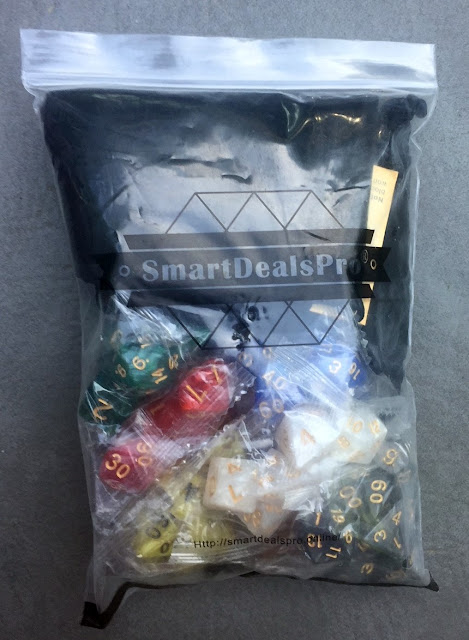 Needing an extra few dollars on a non wargaming Amazon order to qualify for free shipping, I added some Chinese polyhedral dice sets. 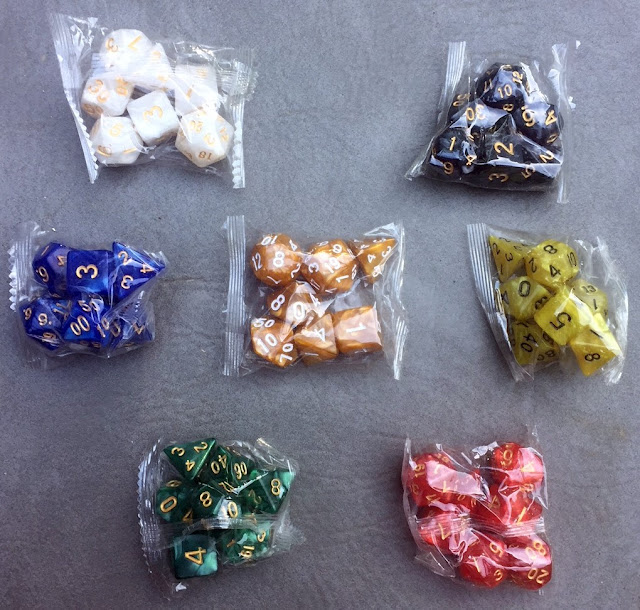 Hard to beat 49 dice for about $12! These should finish replacing the bulk of the losses from The Great Dice Caper. 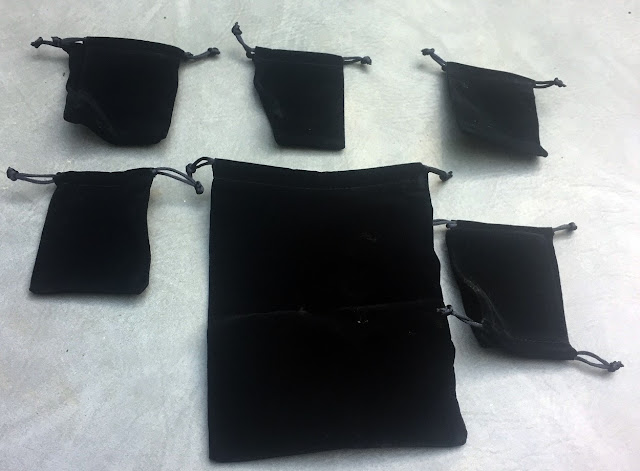 Not sure I will use the dice bags that came with the set, but who knows? 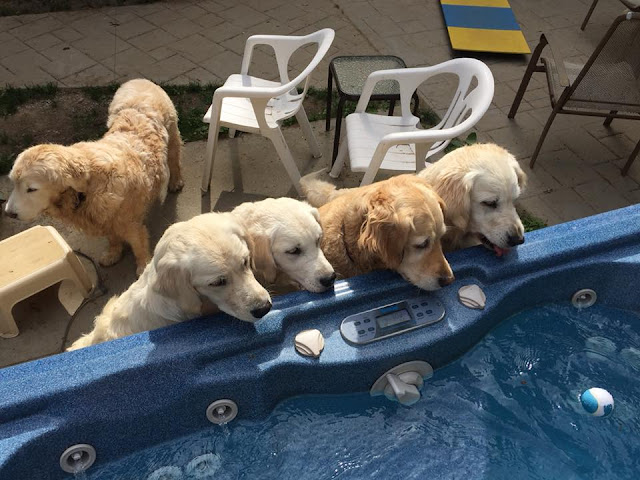 Gratuitous Golden Retriever picture...
"No, you can't come in the Thermo-Spa!... even if you drop your ball into it"
Posted by Gonsalvo at 7:31 AM 12 comments:

The Casualties of War: ECW, Part 2 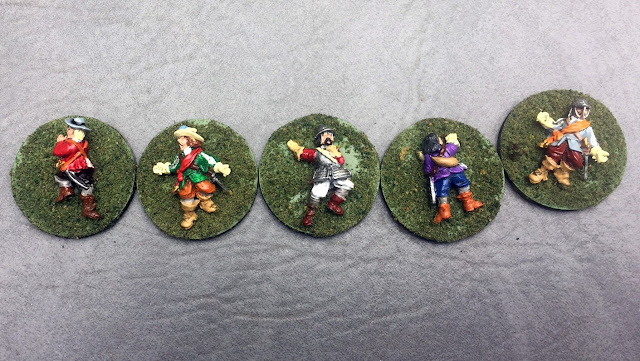 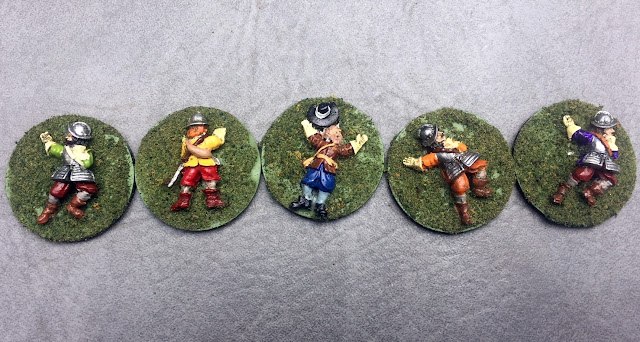 This group is from the "Laying wounded"  pack. Once again, a lot of variety in the set.

They are ready for my Soggy Bottom  games at Historicon in a month's time. 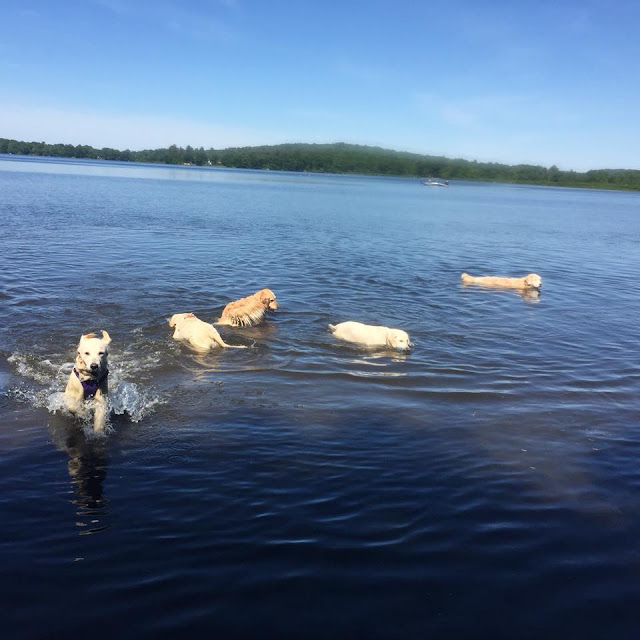 Back in March of this year, a project was started whereby several of us in the Wagaming Bloggers community conspired to paint a unit of French Line each to add to Tony's collection. We all know how tedious it can get to be to paint French line, right? The uniform is quite complicated (although IMHO very attractive), and you just need *so* many of them!  I think I have painted 58 such units over the past 40 years - 30 in my original; 25 mm army, composed of  of Jack Scruby figures, and 28 in my "new" French Napoleonic army, started back in the mid 1990's (and I have another 4 units at least already primed). 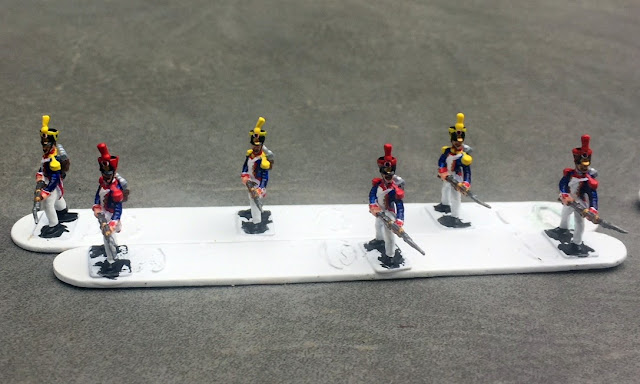 In any event, Jon and Lee have already contributed their painted battalions, and this morning I sent off my contribution to Tony. They should soon be united with their friends, albeit evidently sadly destined to see service in some God forsaken corner of (tabletop)  Spain. 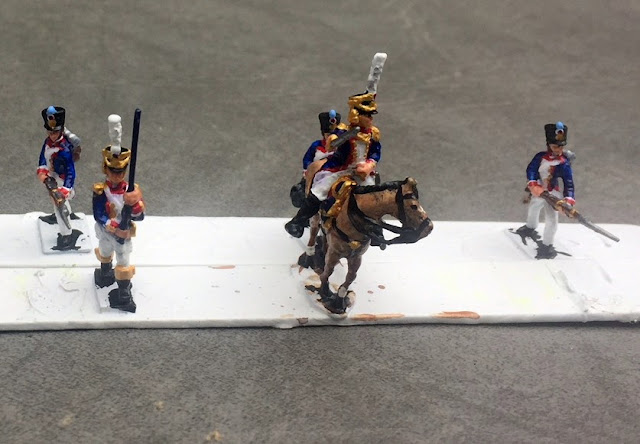 Anyway, here they are still on their painting sticks (tongue depressor), just before being removed and repacked for shipping. These are 20 mm Les Higgins figures, an old manufacturer I can't honestly recall having heard of aside from Tony's blog. 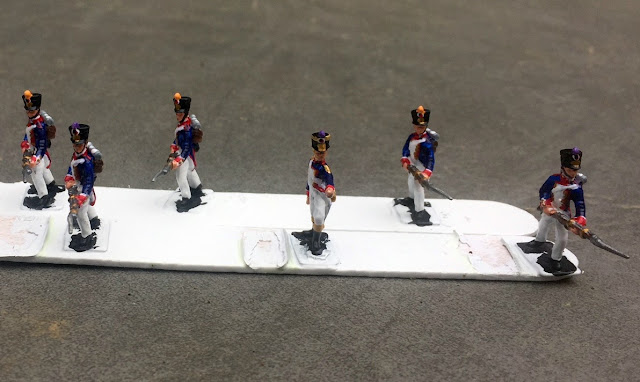 They remind me a bit of those Scruby figures I painted decades ago, although a bit smaller and with considerably better detail. 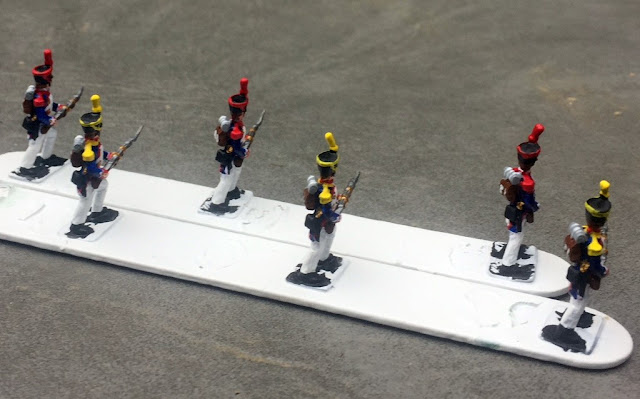 Of course, now that I have shipped them out, I see that I forgot the green crescents on the Voltigeur epaulets, and the green tips to their plumes as well. I shall have to rely on tony to do a bit of brief brushwork to correct the oversight! 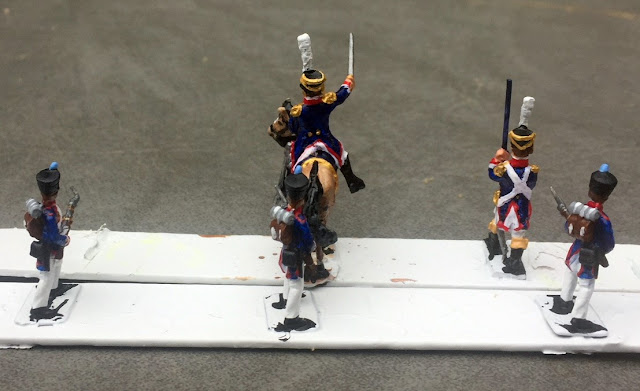 Tony will add the flag to the standard bearer back in the U.K. 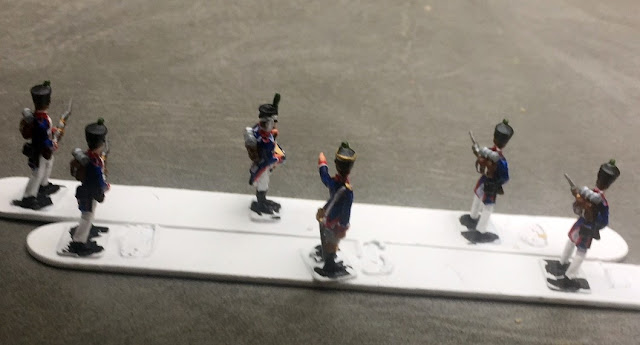 The pictures are taken in 4 groups, reflecting the way that Tony bases his units. 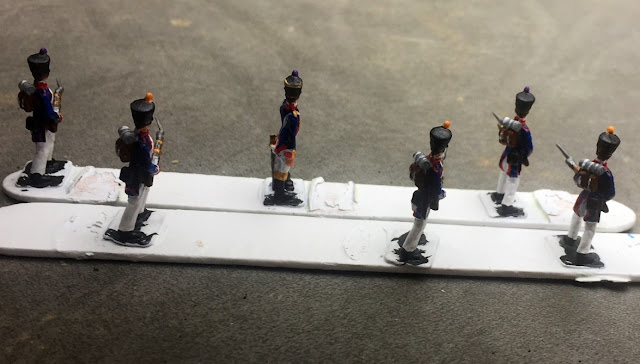 I have to say that In rather enjoyed painting these figures, even if it took place over almost 2 months, as they were sandwiched in amongst other projects. 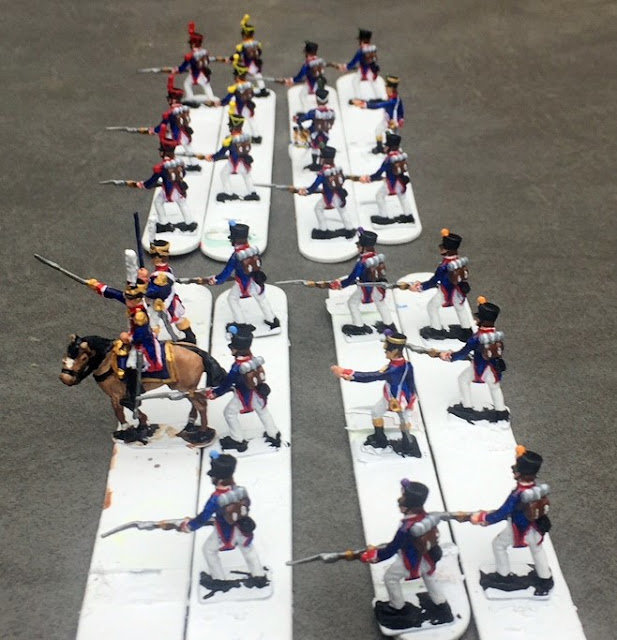 A couple of final shots of the entire group of 23 figures... may they further the "special relationship" between the US and the UK. 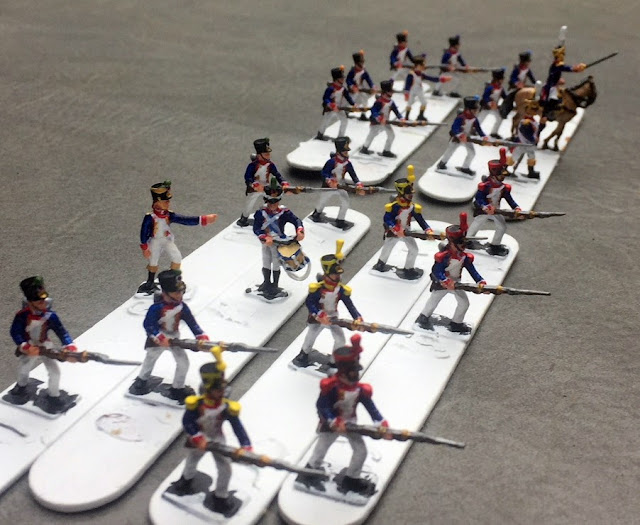 I gave the drummer Royal blue lapels as a minor variation on the regulations. Tony will be painting the bases to match his basing style. Vive l' Empereur!
Posted by Gonsalvo at 4:29 PM 16 comments:

The Casualties of War : ECW, Part 1

Before my Old Glory Army Card expired last year, among my purchases were 2 sets of  English Civil War casualty figures for use with For King and Parliament. 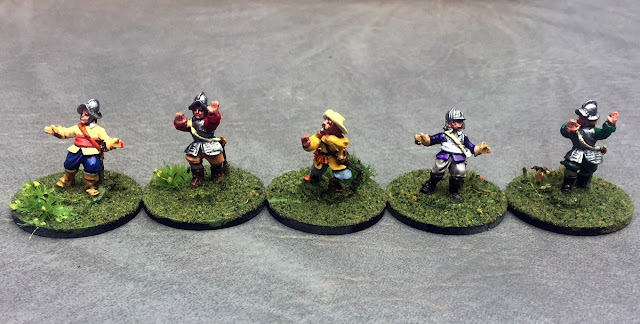 The first group, covered in this post, are from the Old Glory English Civil War  "Falling Wounded" set, 15 figures in all,.

\I have to say that it seems to me that I have been very slowly painting this batch of figures for a very long time!

Doubtless the fact that no two figures are painted in the same combinations of colors contributed to that feeling. \

There are also at least 5 different poses of "Falling Wounded", each with variations of equipment and dress

I had toyed with idea of making some "2 hit" markers, with 2 figures on one bases, and ultimately decided that would be more hindrance than benefit. 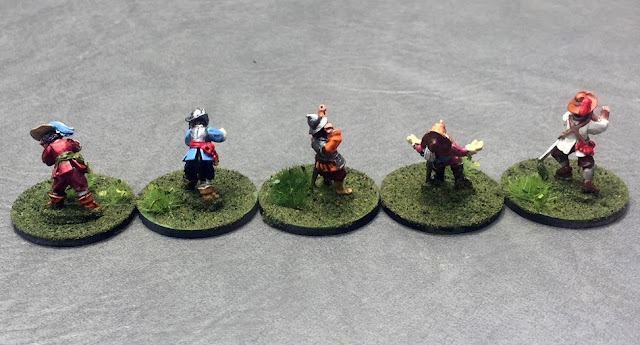 Perhaps I will use these figures for Generals and other leaders who have been hit but not killed outright. 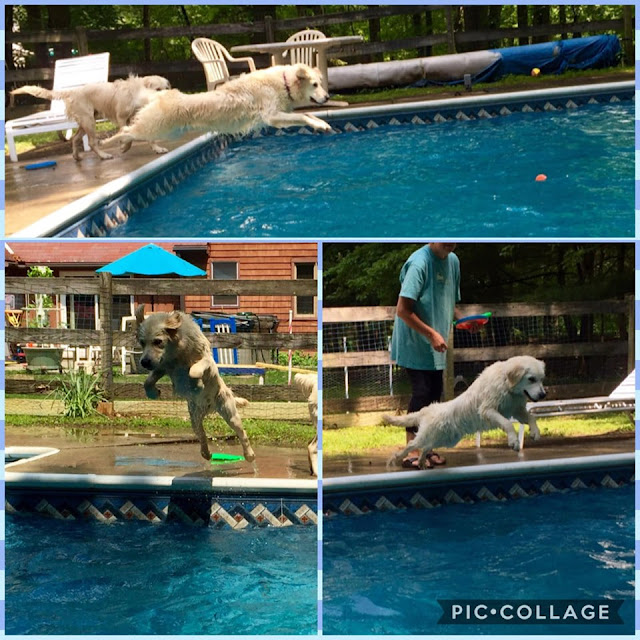 Although the weather has been cool here in Southern New England, our pool is open, and the dogs are appreciative. Annie and her two daughters, Brooke and Maddie, are all jumping in, after just a couple of sessions.
Posted by Gonsalvo at 8:49 PM 17 comments: