While I am busy reading through and digesting my copy of Brent Oman's new Pulse of Battle rules (1500 BC - 500 AD) , here's some Assyrian Light Infantry to set the mood! 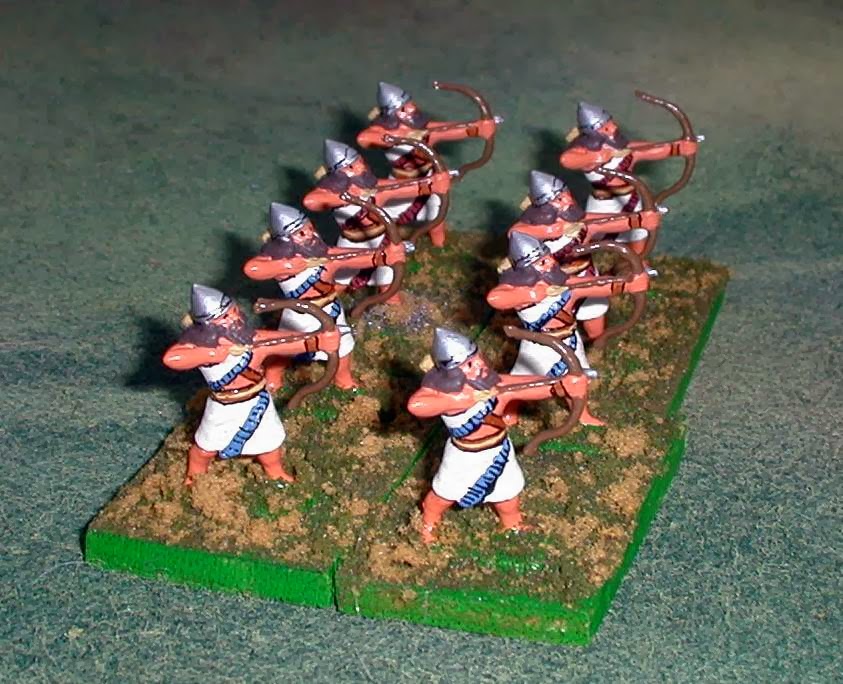 These fellows are pretty much basic Assyrian light archers, wearing no armor (save their characteristic Assyrian style helmets) and traditional Assyrian costume. 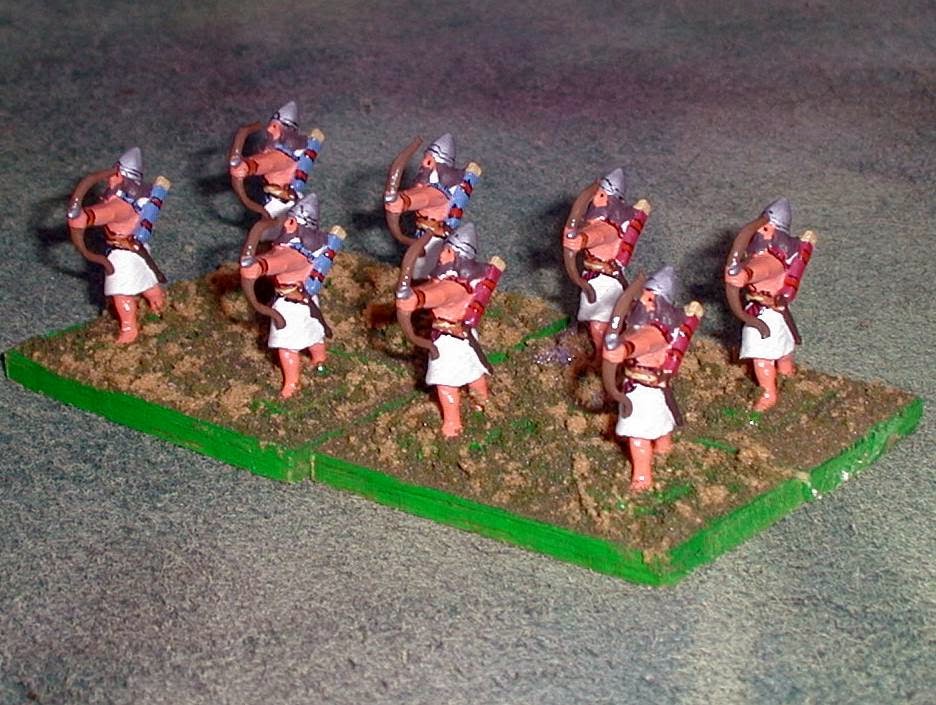 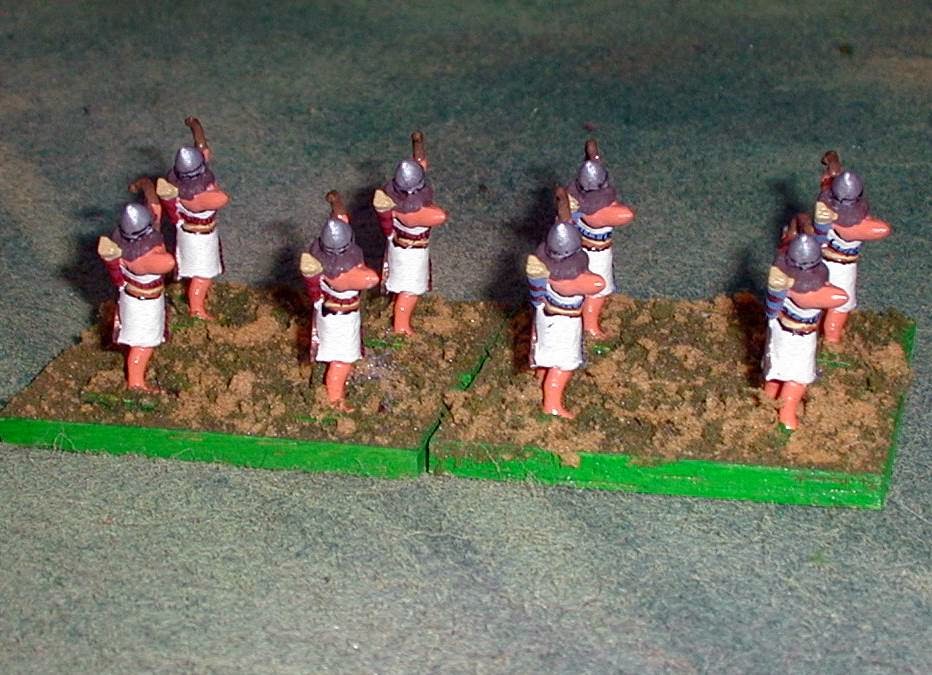 The un-fringed waist belt is an interesting component of the dress of this unit. 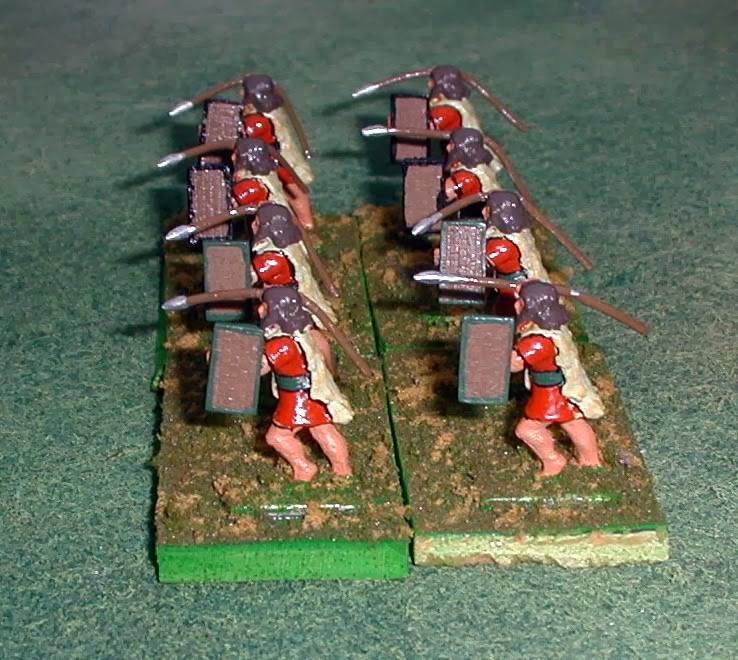 While not extensively used, Javelin armed light infantry could e found among the ranks of the Assyrian army. 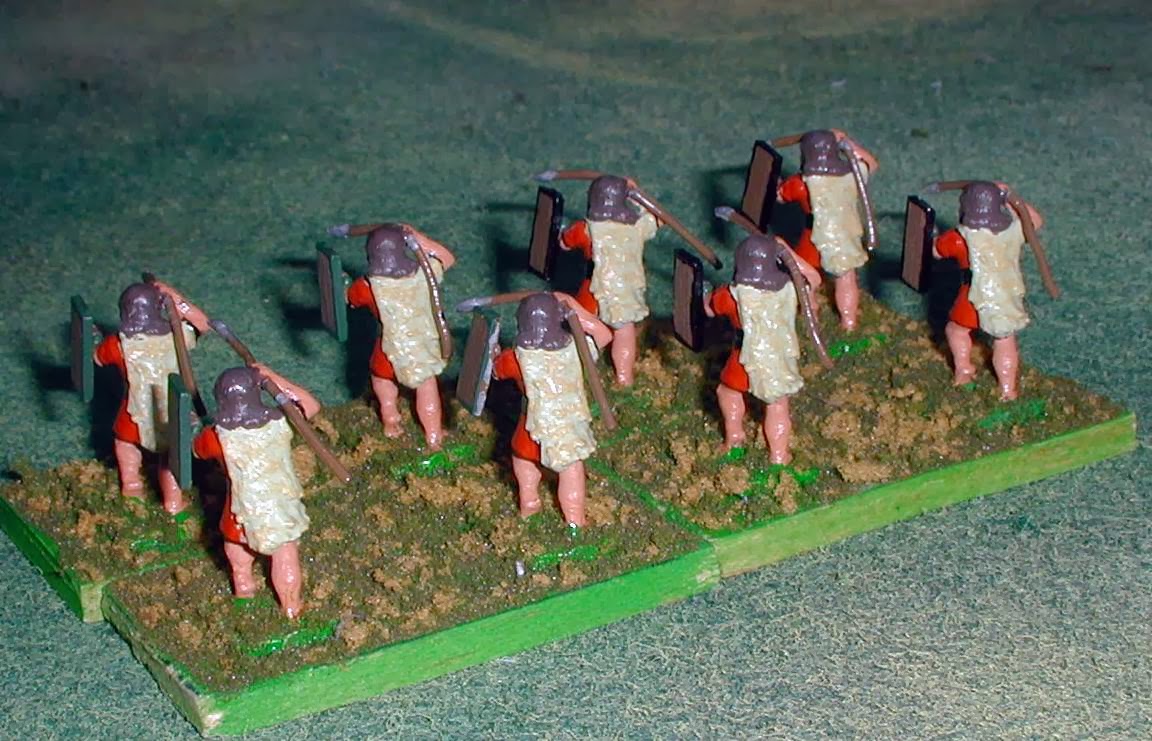 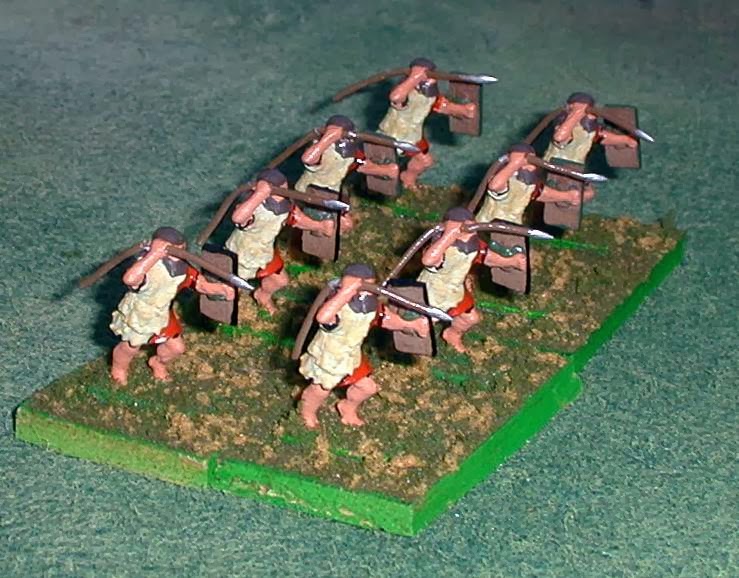 Javelinmen such as these would likely be recruited from the surrounding hill tribes and/or Uartu, probably serving as allies/auxilliaries. 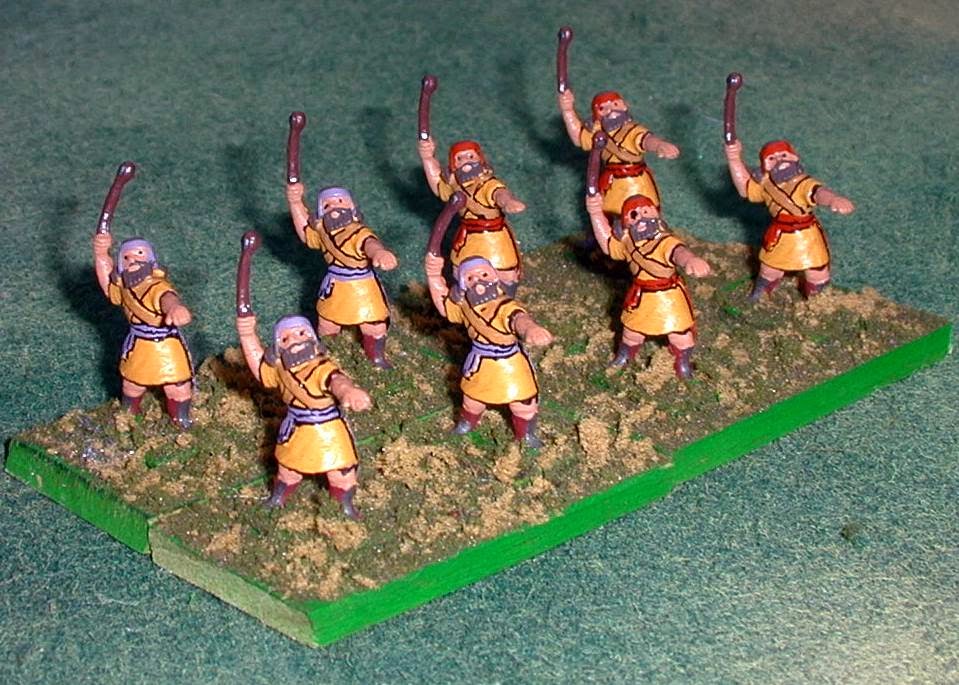 The Assyrians did use significant numbers of slingers; these are the Light/skirmishing version. 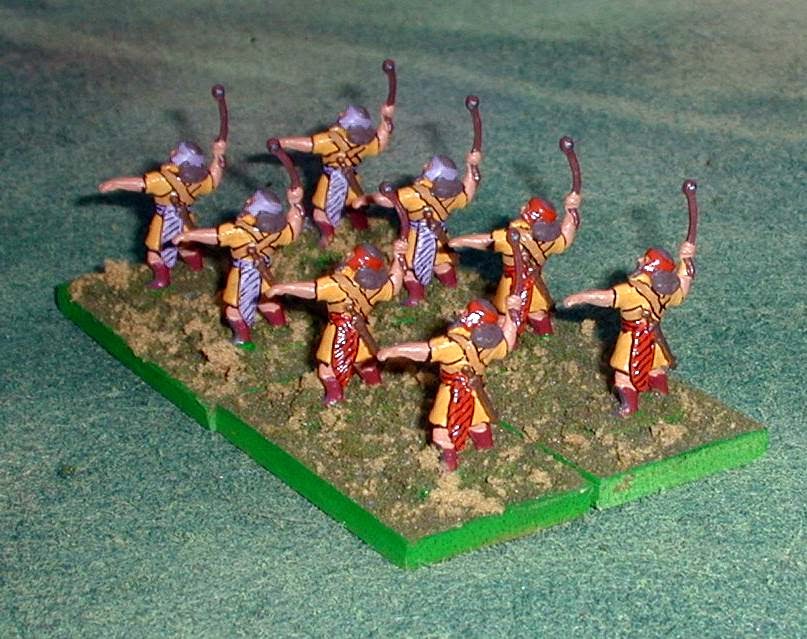 Slingers were supposedly  felt to be especially effective for sieges. 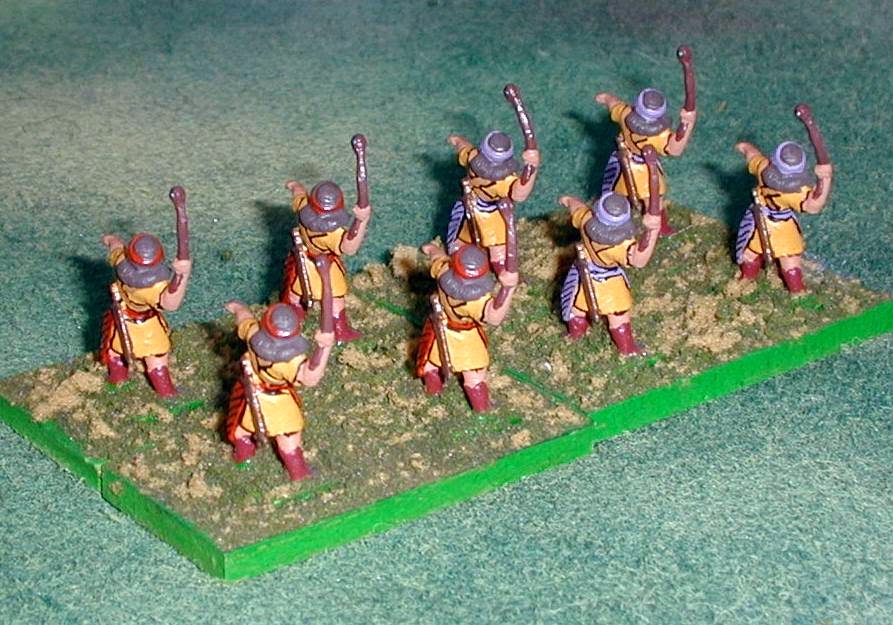 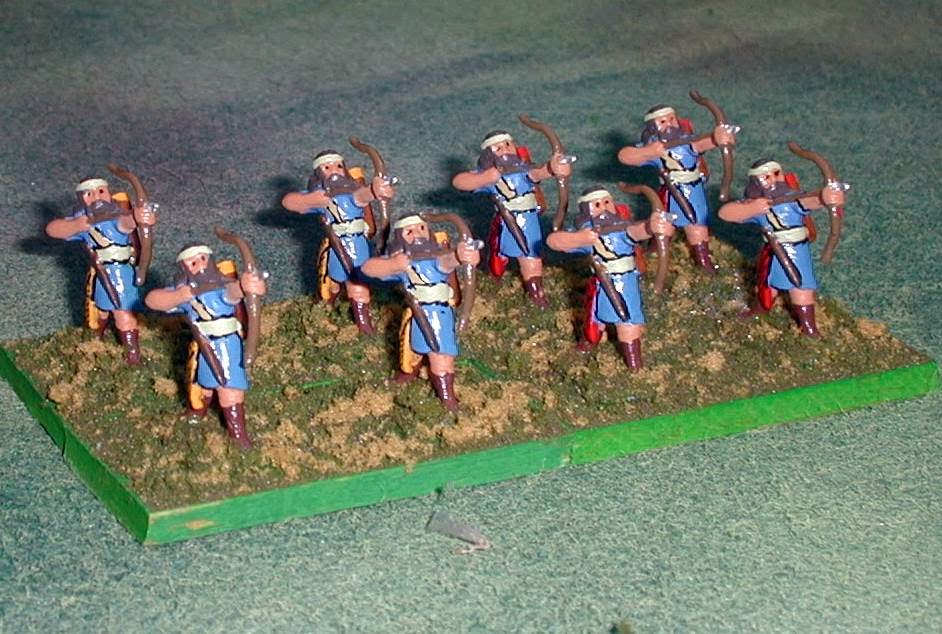 Another unit of Assyrian Light Infantry archers, wearing a simpler costume, and no helmets. 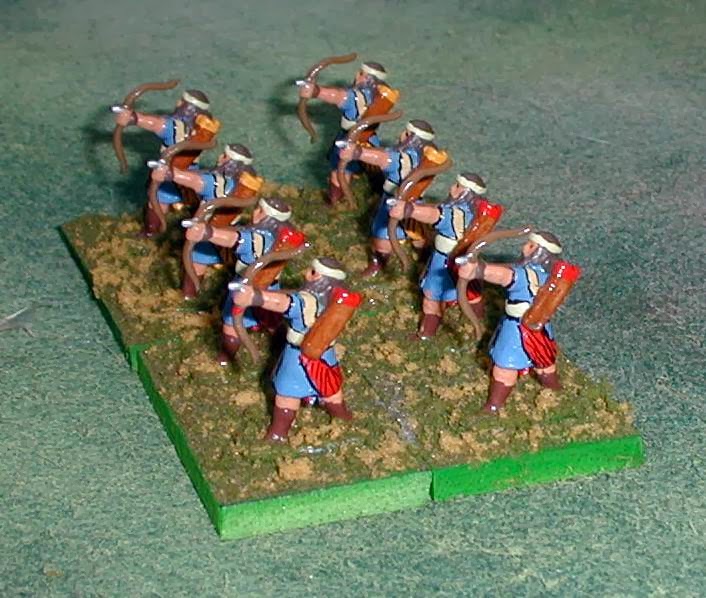 Their blue tunics mark them as belonging to my Division Nabu. 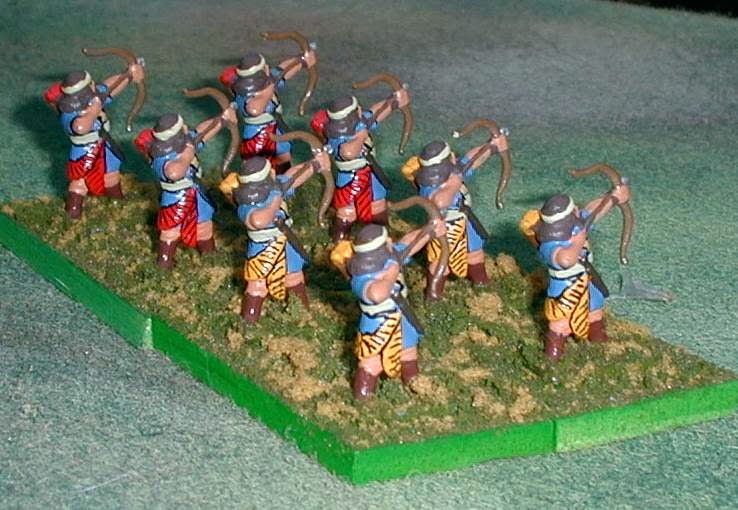 The black lining really brings out the colorful fringes on the Assyrian garb, I think. 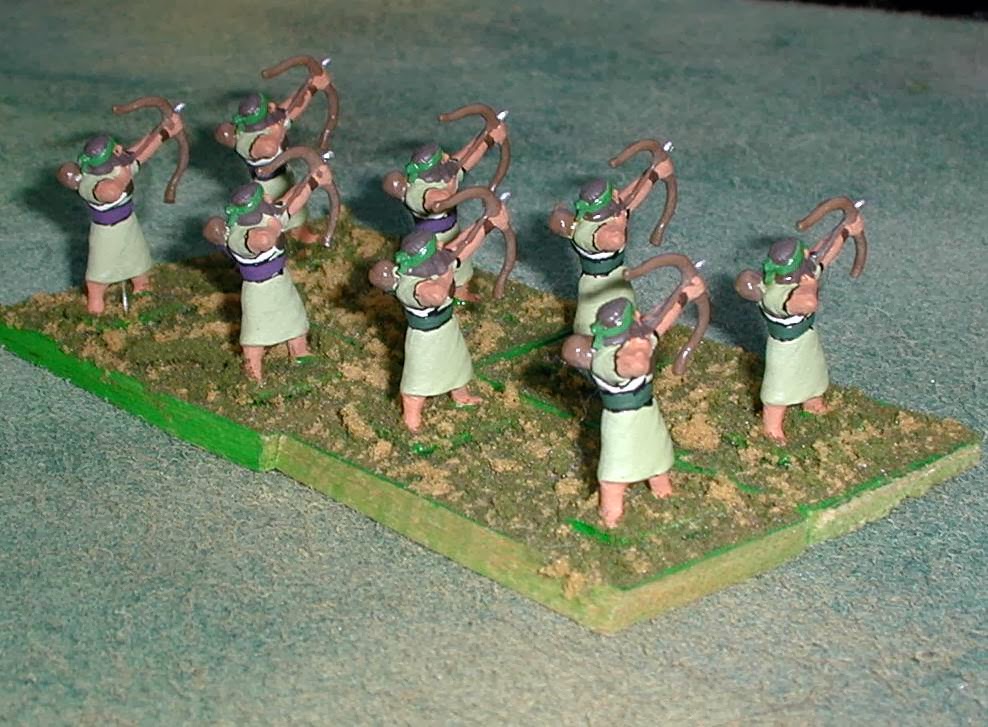 This unit of light archers wears a very simple costume, without helmet or boots/sandals. 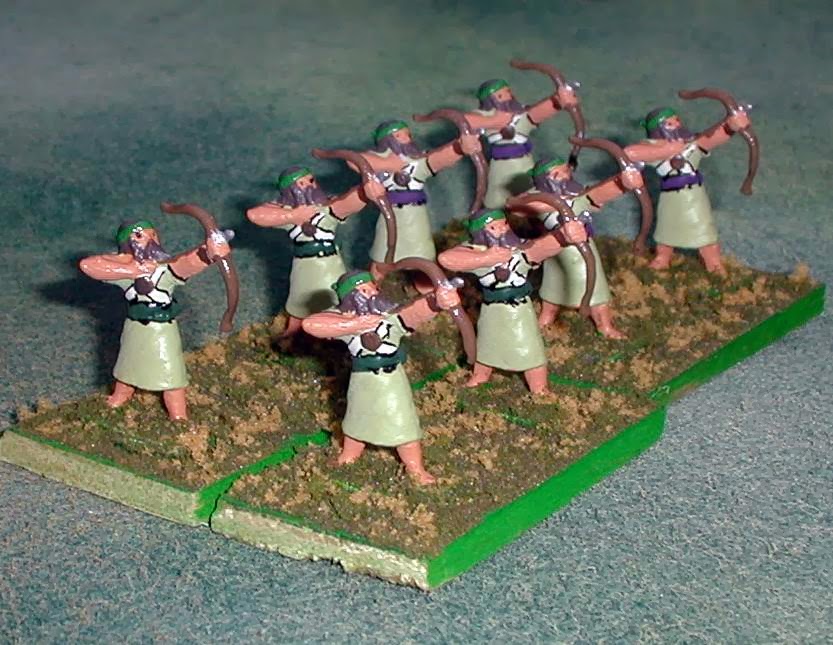 Their costume is characteristic of the Kingdom of Elam, which was often either at war with or allied to Assyria or Babylonia.  It was centered around the cities of Susa, and later Ashan (see map later).  The Babylonians called them Akkadians. Their territory ultimately became part of Persia, and/or Parthia. 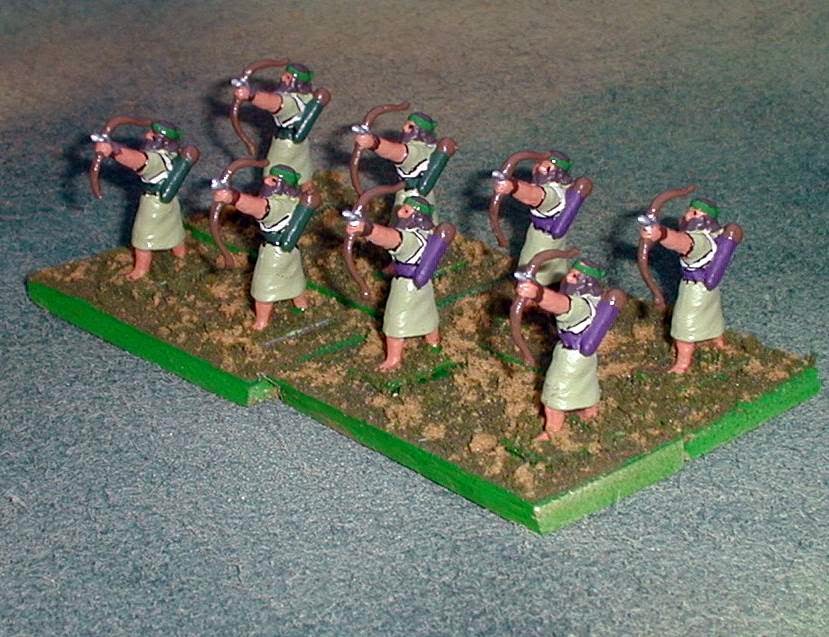 The Kingdom of Elam was ancient, located in what is now part of Iran. Its language was evidently rather unique linguistically, and its writings have not yet been deciphered. Elamite was among the languages recorded as being heard in the biblical account of Pentecost. A short You-Tube video about Elam (the Hebrew name for the Kingdom)
Posted by Gonsalvo at 11:01 PM