The Sherden (also sometimes referred to as Shardanna) were one of a group of the invaders the Egyptians called "The Sea Peoples". They plagued the reigns of both Ramses II and Ramses III, before disappearing from the historical record.  To this day their origin remains uncertain, although theories abound, and little is known about their culture. There is a lot of information about the Sea Peoples, and multiple images of Egyptian bas-reliefs from the Mortuary Temple of Ramses III on this site : LINK

Even more useful is this site with many illustrations, drawings, archaeological findings (bronze/copper swords), etc  (scroll down past the first part listing citations and depictions in Ancient Egyptians sources): LINK

I made up 2 units  using a bag of 30 Old Glory 25mm Sherdens, with two added Egyptian command figures (to bring the numbers up to my required 16 per unit). They will act as allied contingents for my Egyptian armies, although they could also be used as enemies of Egypt as well. 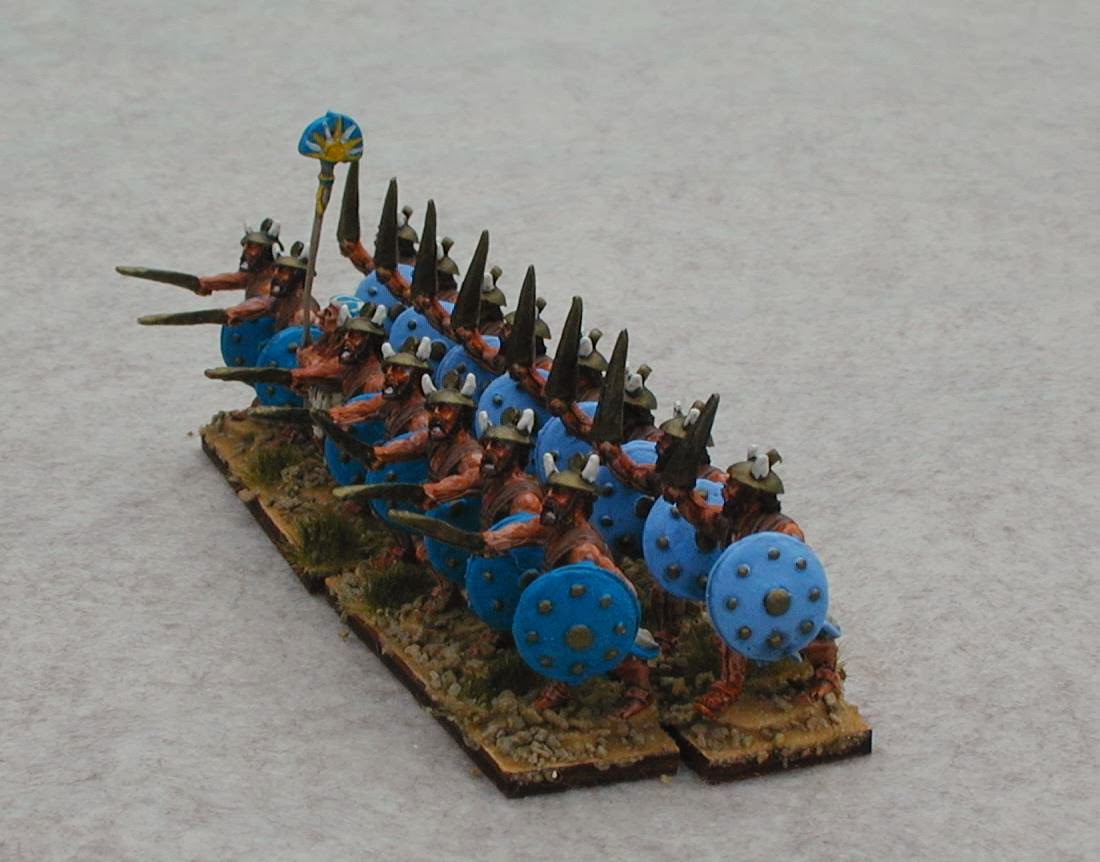 These Old Glory figures are nicely detailed, which shows up fairly well in this shot. The background felt here is actually a tan/heather color; the images are unfortunately somewhat dark due to the light background. this unit has 4 stands, one each with the shields and kilt trim in light blue and turquoise. 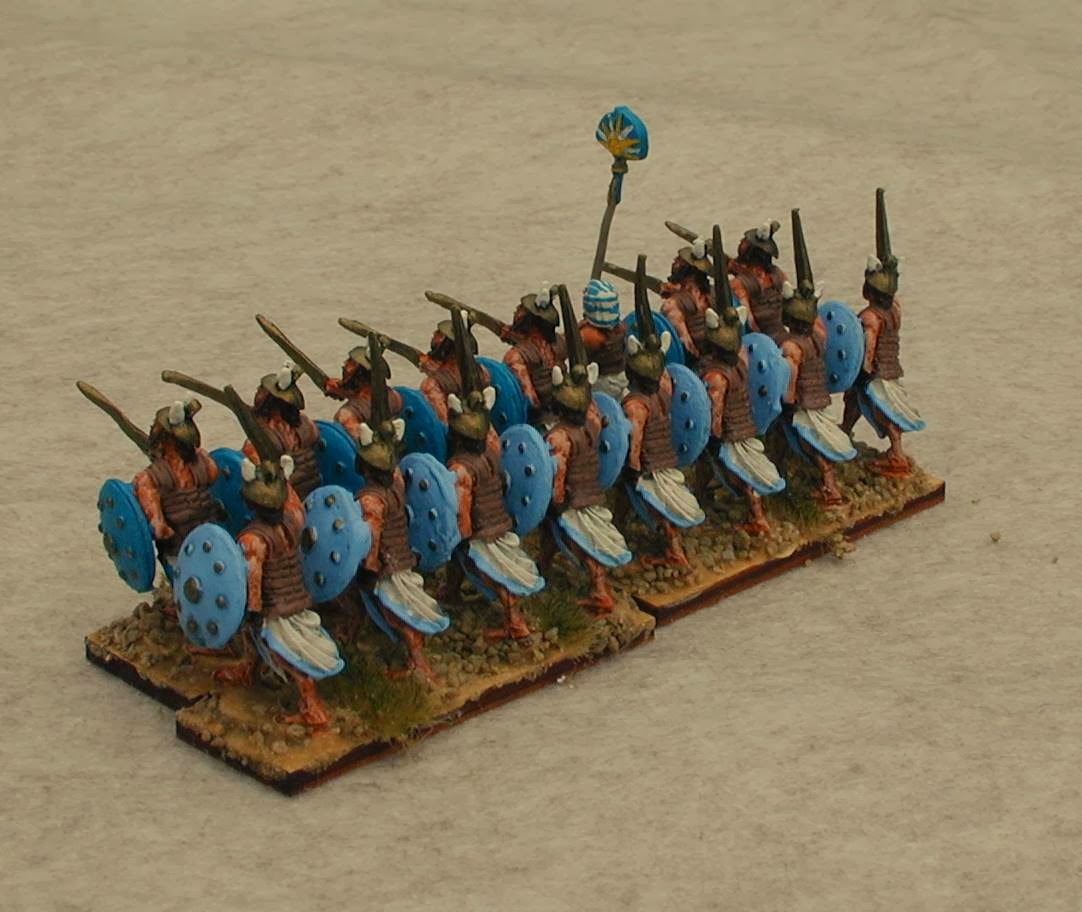 Here I've manually re- balanced the color to make the felt background closer to its actual color, and that has improved the whole image quality. The Sherdens are generally depicted as wearing armor - leather and probably even some Bronze, in addition to their characteristic spiked/horned helmets. 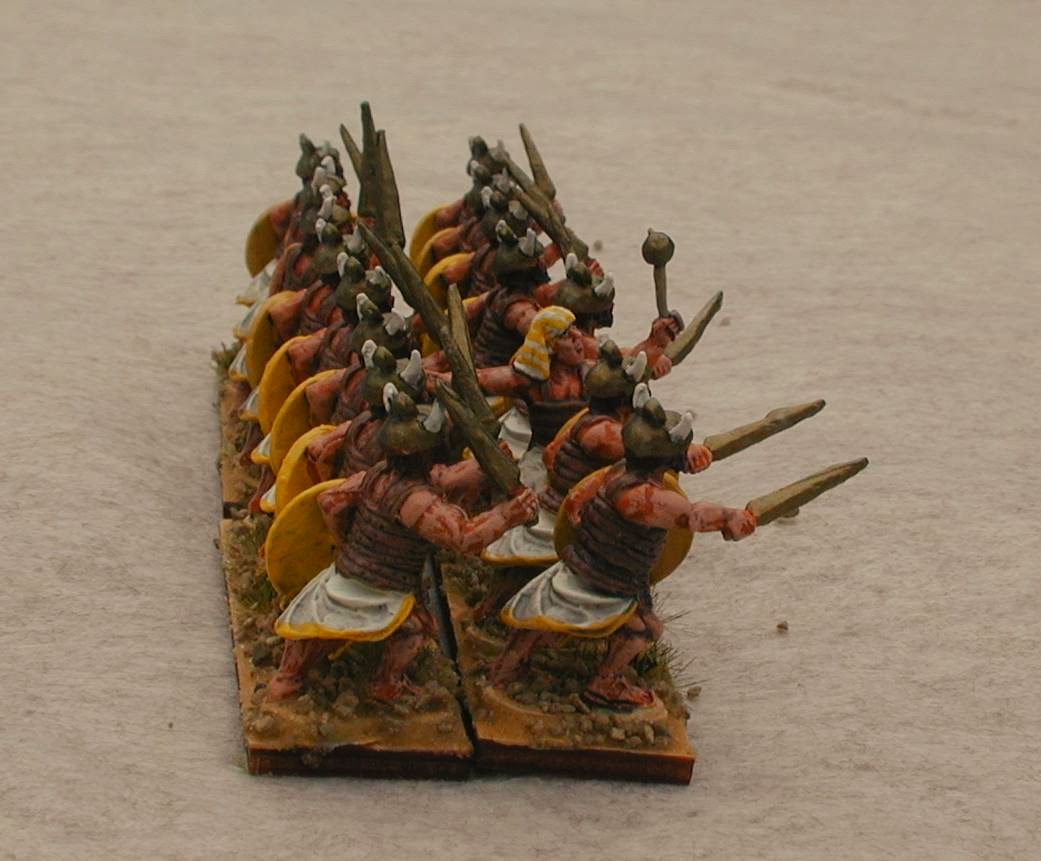 This second unit has 2 stands each with deep and mustard yellow shields/trim.  Quite muscular chaps as sculpted they are, too! 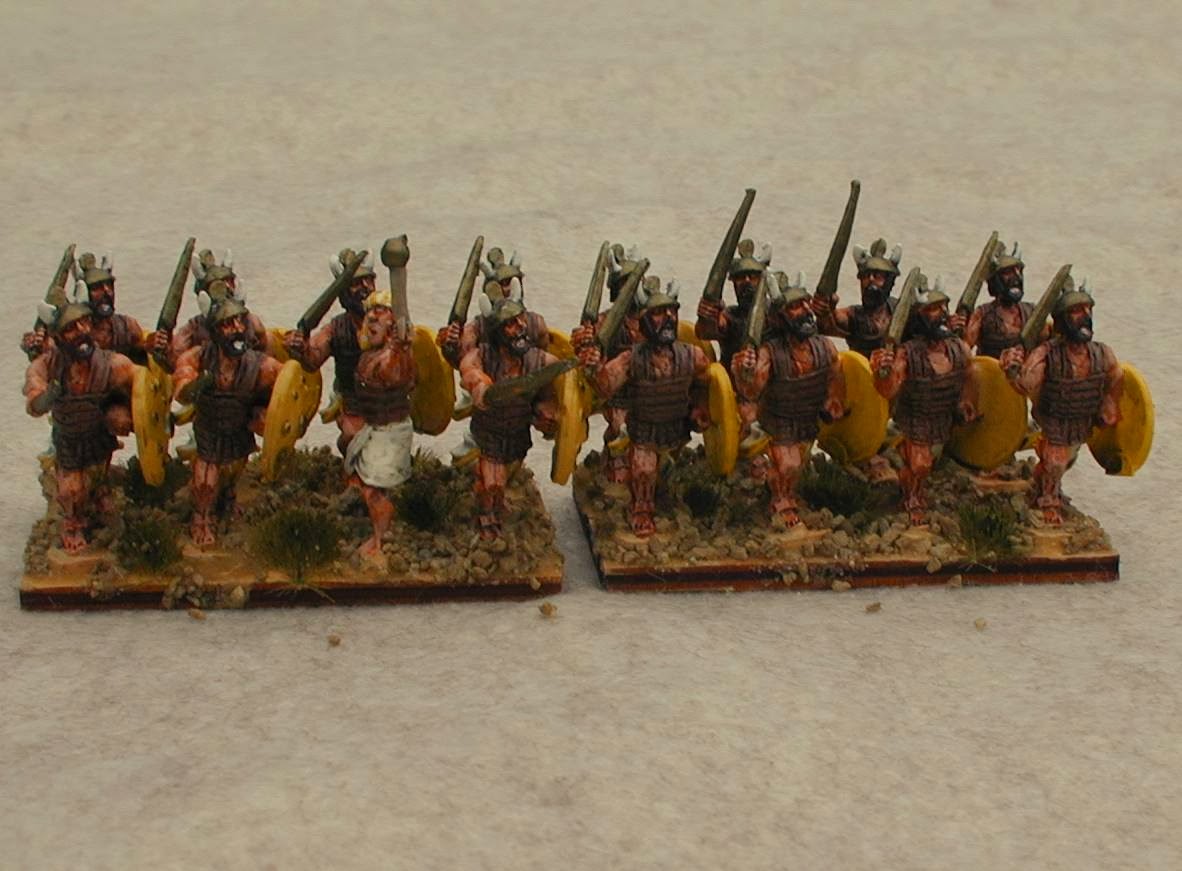 The discs on the helmet seem only to have been worn when allied to the Egyptians; possible a reference to the sun god, Ra. 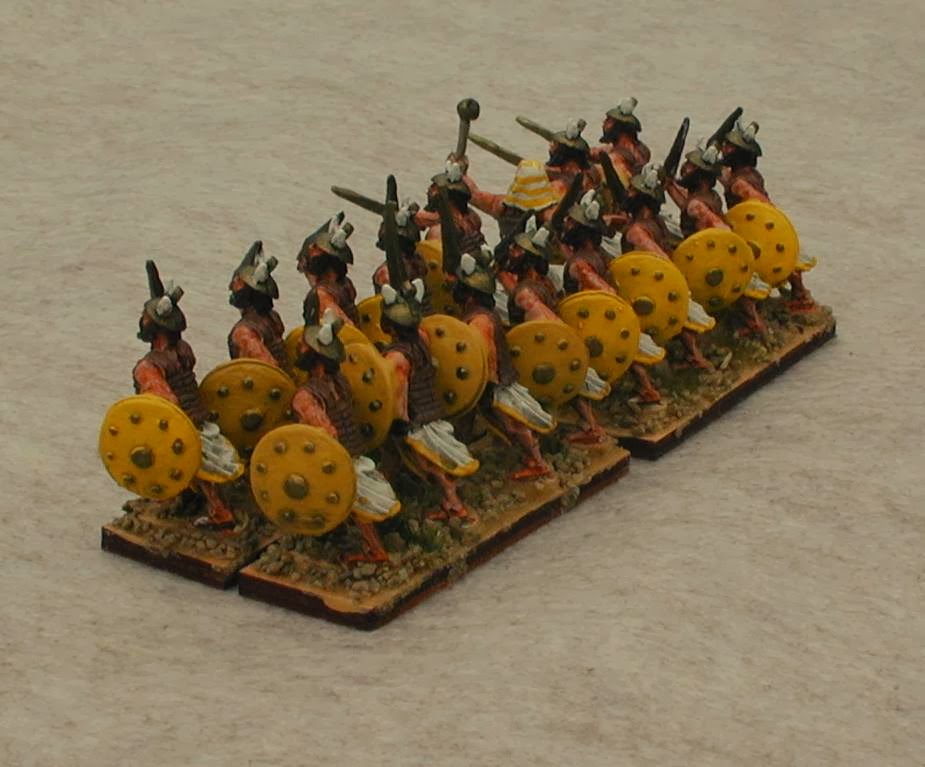 They seem like they mean business, don't they? Certainly better equipped for hand to hand fighting than the typical depiction of Egyptian foot soldiers. They wouldn't seem too out of place as "hairy barbarians" well into Roman times!
Posted by Gonsalvo at 10:17 PM