Literally "rolling" of the painting table are a quartet of Egyptian chariots by Black Tree Designs. When they had their sale on Ancients infantry this winter, the Chariots were, oddly, included. So who am I to complain about semantics? I needed more chariots to crush the foes of Egypt, Semitic or otherwise! 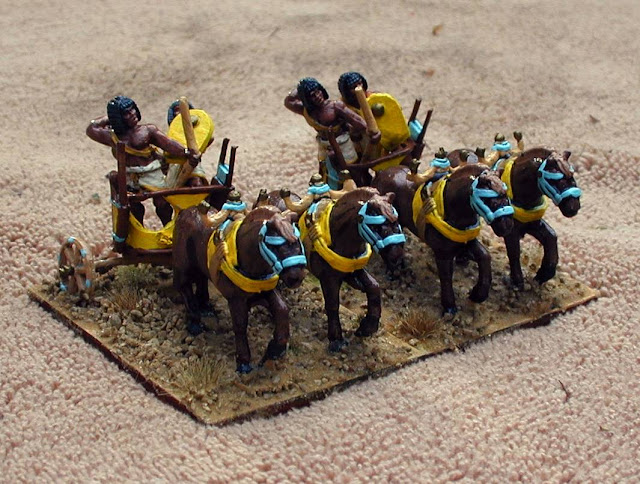 The first set is one of the several BTD codes for Egyptian Light Chariots. I imagine only the crew figures differ between the sets. 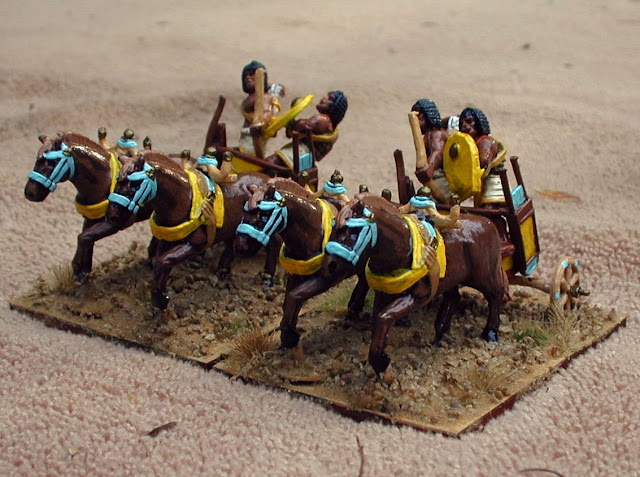 As is often the case with any manufacturer's Egyptian Light Chariots, it is often a challenge to fit the crew figures into the cab. The driver on the left of the picture has his foot braced on the opening of the leather cab, and is leaning back hard to restrain his team. At least that's my story! 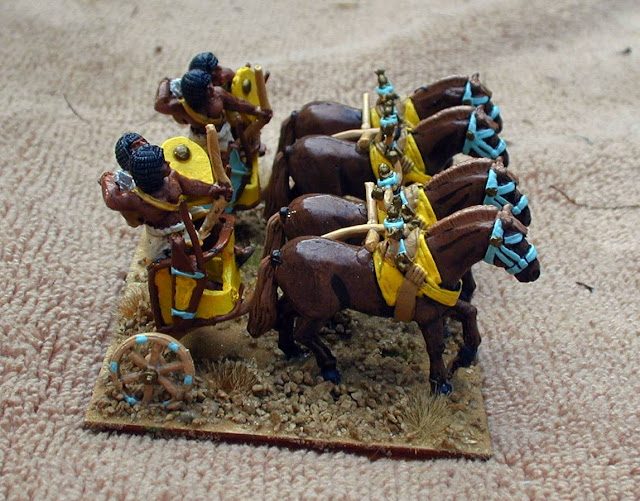 The chariots, horses, and crew are all very nice sculpts, and they assembled quite easily otherwise, 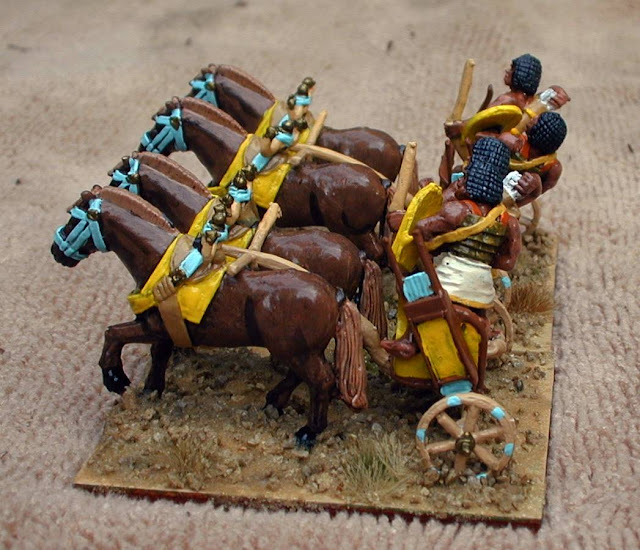 Note the position of the Driver's foot... 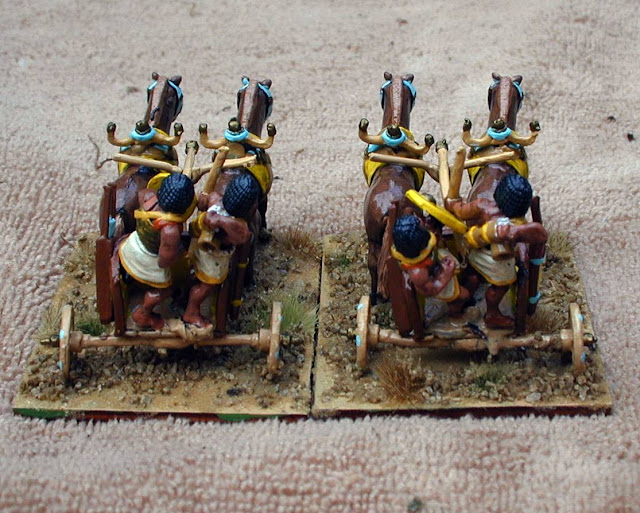 On the other hand, perhaps the driver was just the victim of a well placed enemy arrow! 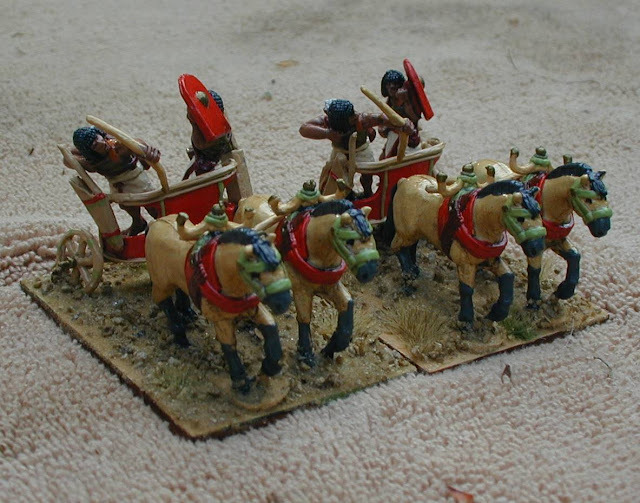 This second pair of chariots is one of the "Egyptian Heavy Chariot" codes; the only difference seems to be the size of the cab. 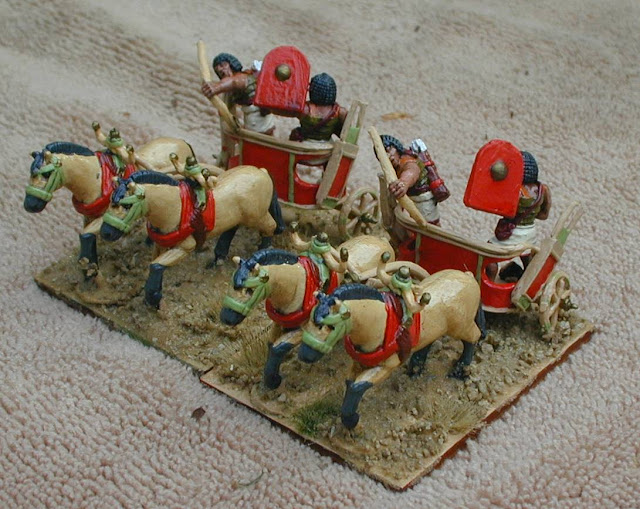 Much more spacious! One gets the feeling that the crew of the light chariots in particular
would have been constantly bumping into and rubbing on one another during action! 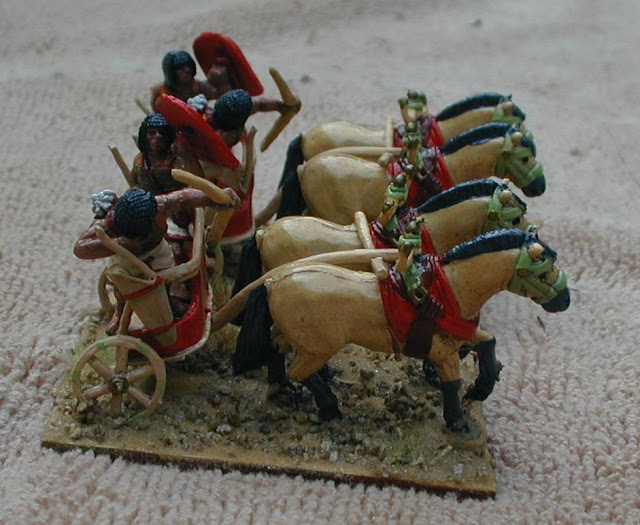 I think I have the crossbar on  the yoke glued upside down (should be on  top of the long piece rather than underneath it), but eh, it works! 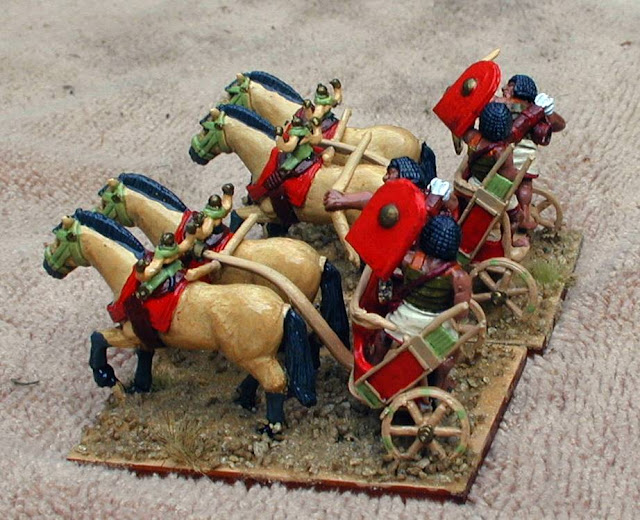 Regardless, Pharaoh is happy to have them added to his army, and all ready for my Historicon game ! 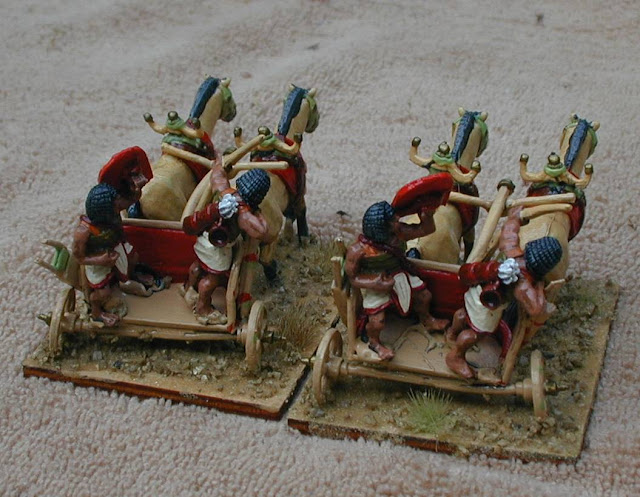 No don't look at the messy blobs of epoxy I used to get these guys to stay firmly in place, LOL! 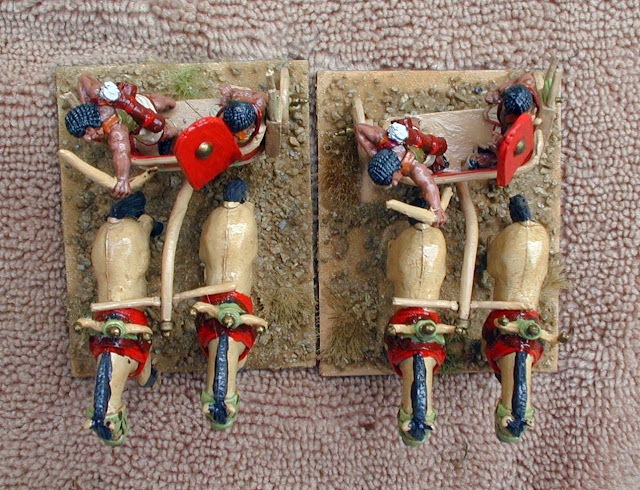 This top down view is interesting... 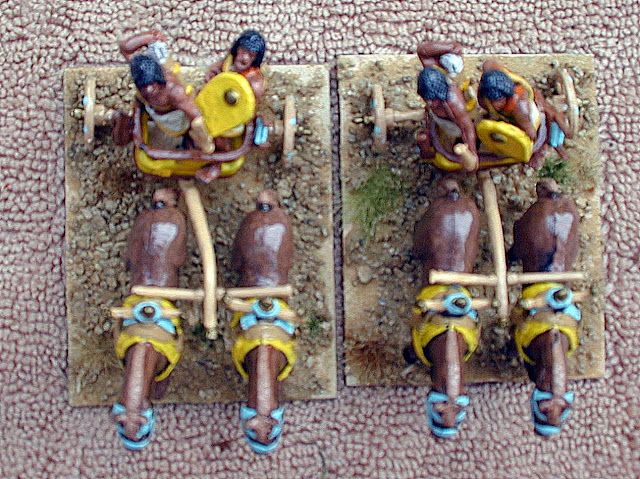 Note the difference in the cab size and crowding of  the crew! With it's dominant color of yellow, this unit will go to reinforce the under-strength chariots of Division Ra.
Posted by Gonsalvo at 7:41 AM