The Assyrian Came Down Like a Wolf on the Fold - To the Strongest! at Historicon 2016

I had my Egypt vs Assyria game scheduled to run at 10AM on Thursday, but we got to the Convention Center so early (about 8AM that were pretty much set up by 9:00 AM, so I started with a short introduction to the rules and the game at 9:30 AM. 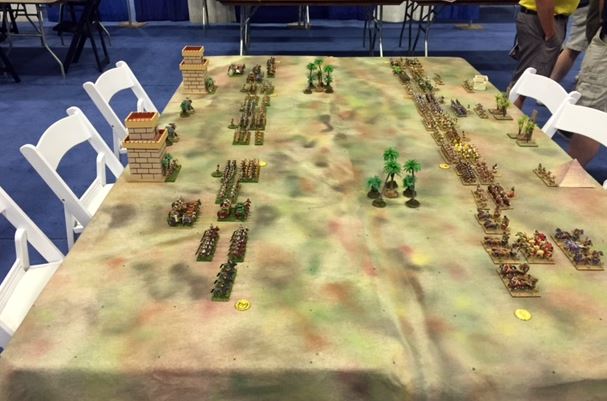 The set up from the Assyrian Right... 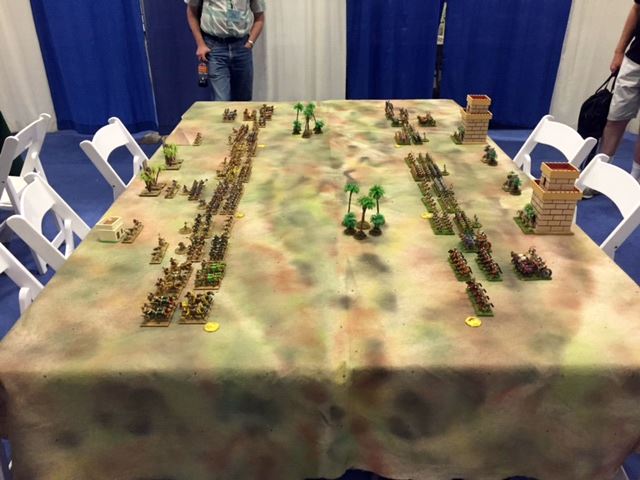 And from their Left. 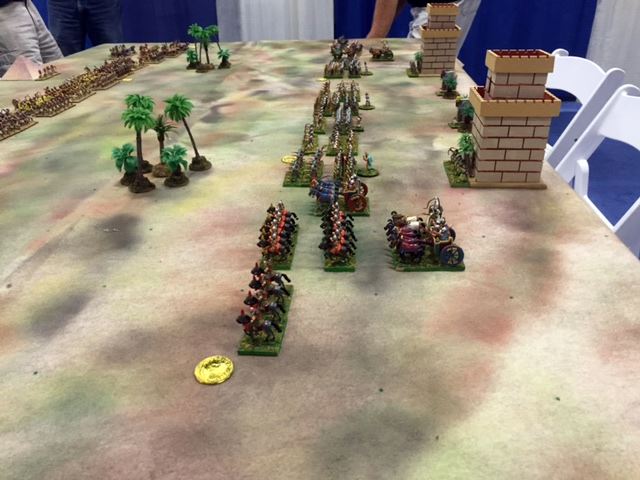 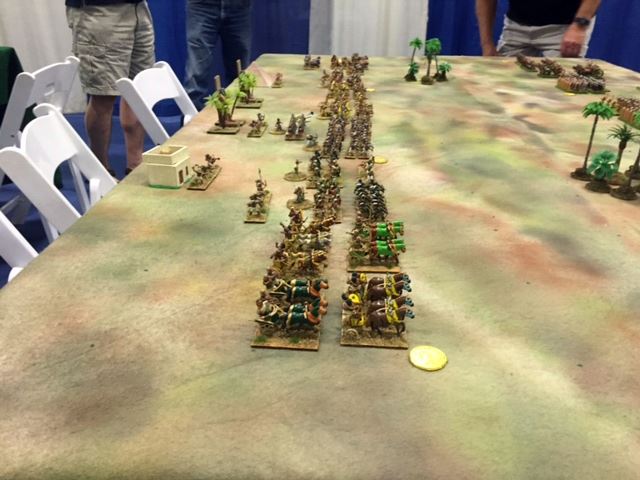 And of the Egyptians - mostly 28mm Old Glory, with some Essex and Black Tree Designs added in. 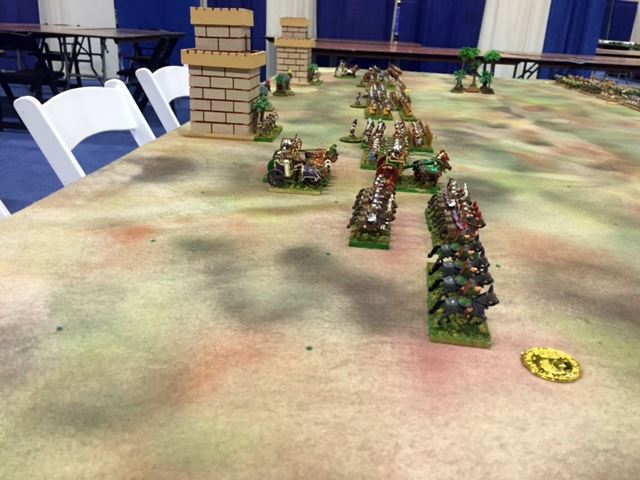 Assyrians from the opposite side. 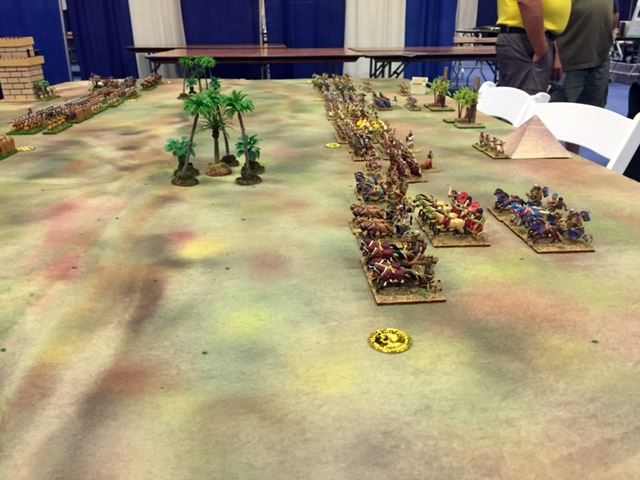 Egyptians from the opposite side. The Pyramid is a paper print out I found on line for free. Just about fits in a 6" square "box". You didn't notice the grid? That's the idea; it's marked with dots at the corners only, so that you only see it when you want to! 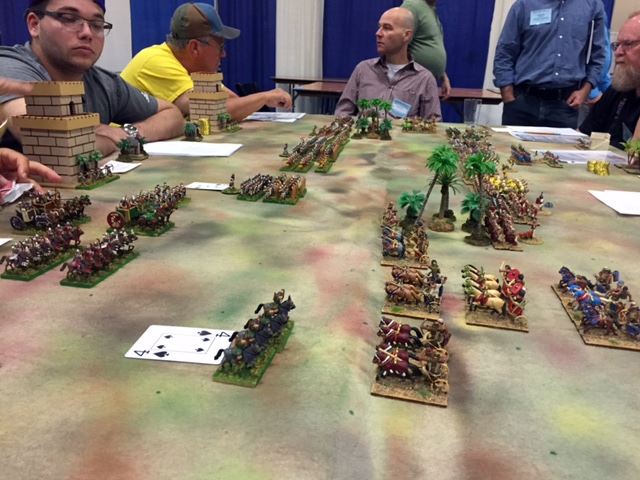 A turn or so into the game. Bill is at the far (distant)  left, and John Mumby form Colorado at the far right 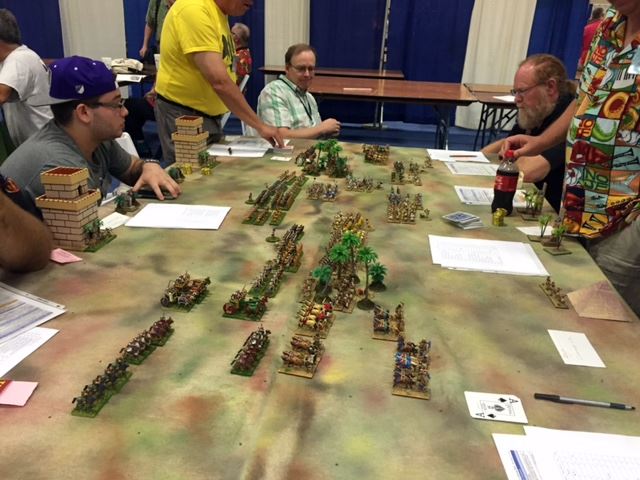 Neither side wasted time in advancing... the card play permitting, of course! 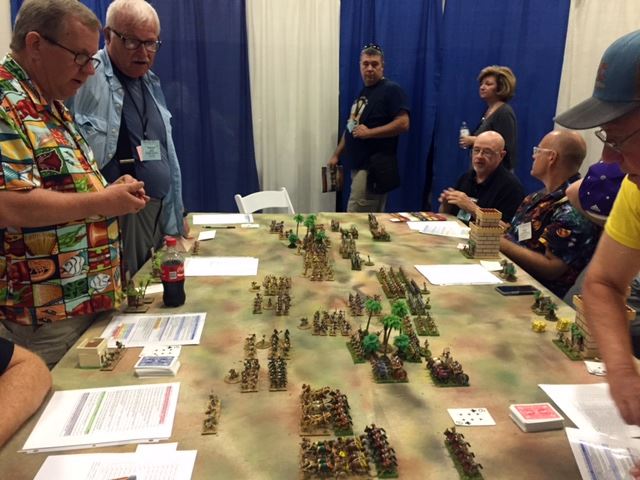 That's Dave in the bright shirt at left, Clif Castle at the distant right. The Oasis is being hotly contested. And in Fredericksburg in July, Hot meant 102 degrees Hot! 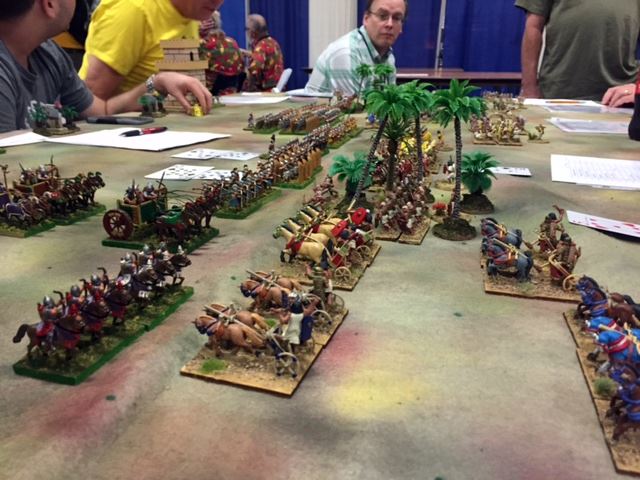 "Czar" Barry looks on  as the lines close. Barry helped me test out the rules at home. 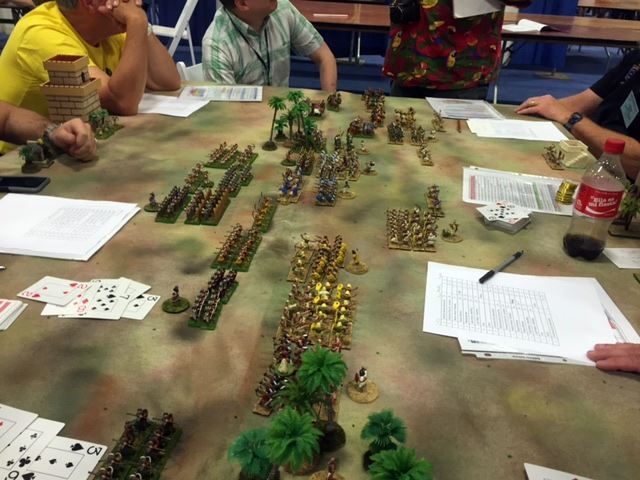 Ra's eye view of the field. 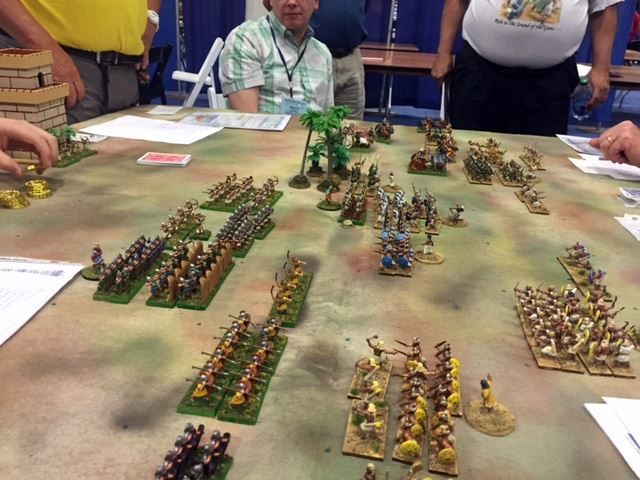 An ugly gap in the Egyptian center. 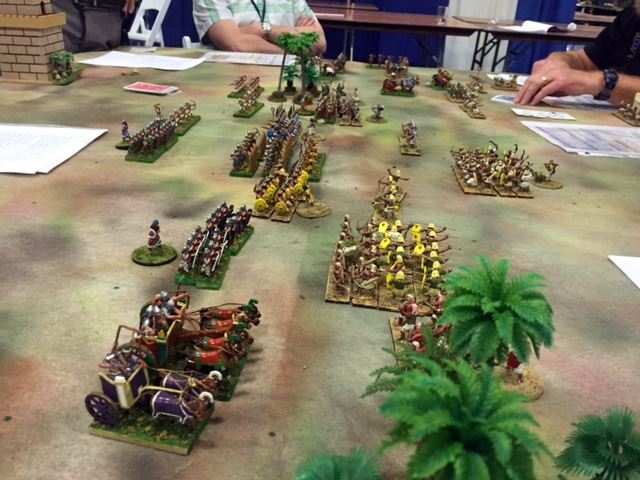 This game we had 3 payers who were pretty familiar with the rules, and three who had never heard of them! 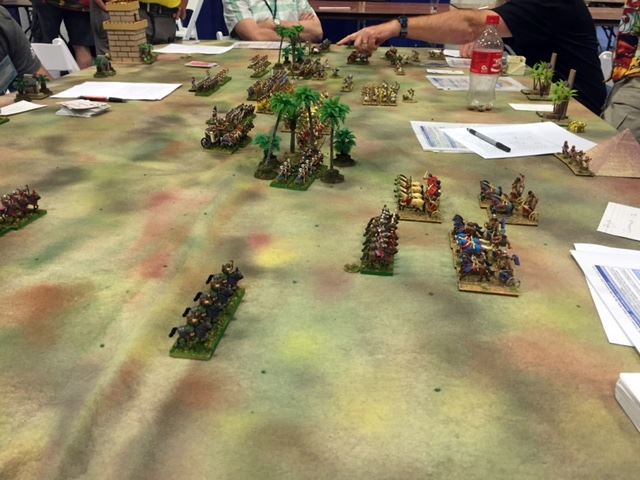 The Assyrian Cavalry has really pushed back the Left flank Egyptian Light Chariots. It takes some experience to handle the Light Chariots well - you HAVE to use their greater flexibility in movement to get onto the flank of the heavier Assyrian troops! 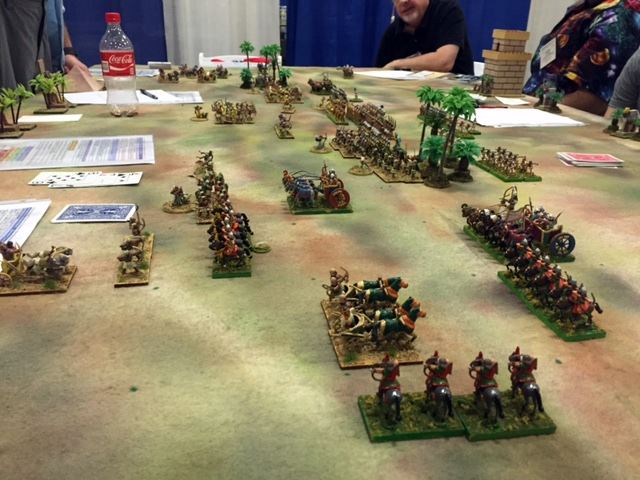 Things don't look much better for Pharaoh's men on their right flank, either! 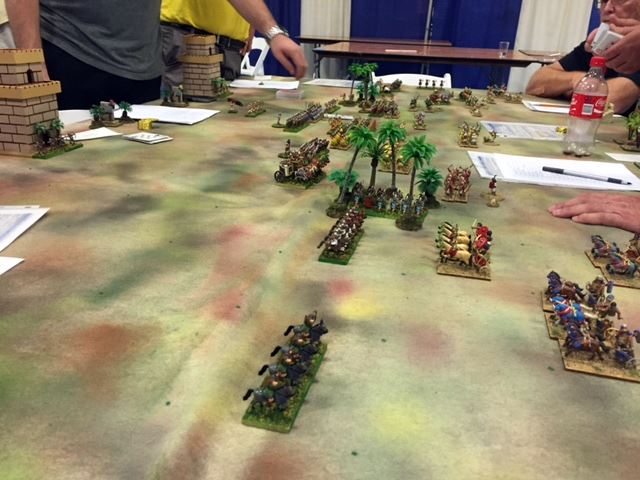 In the center, though, the weight of Egyptian bow fire has taken its toll on the better armored Assyrian infantry. 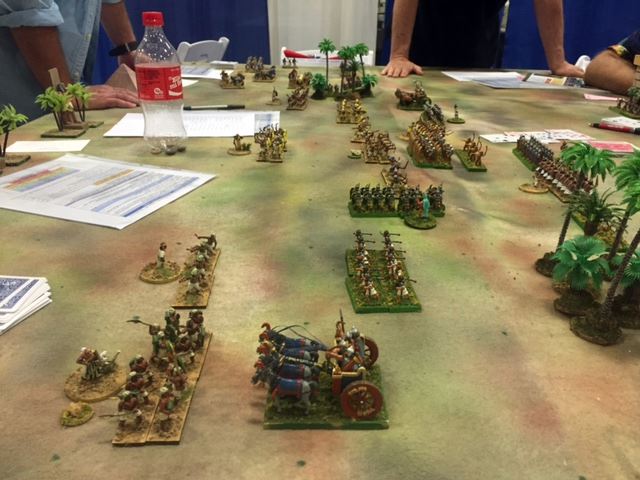 Situation near the end of the game. The Egyptians surrendered the last of their Victory medals soon thereafter - Assyria prevails! We had 8 players for the game (6 slots listed in the program), and everyone enjoyed it, and most would have bought a copy of the rules in the deal;er area... but no one carried it this year. I pointed every one to Simon Miller's Webstore. This is one set of rules where I think the electronic version is better than a print copy - although you can get both for a little extra!

Here's the composition of the armies I used for the game: