Along with some other recent purchases from Scenic Express, I got these rather nicely done hay bales. 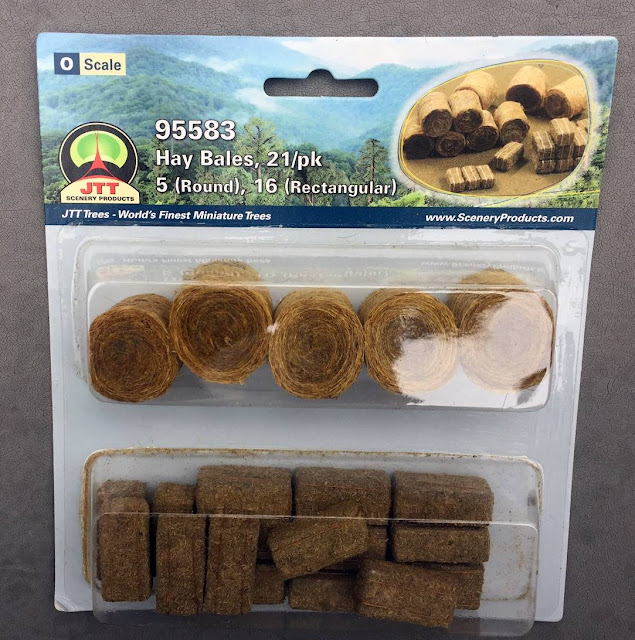 As you can see, there are about 5 large round bales 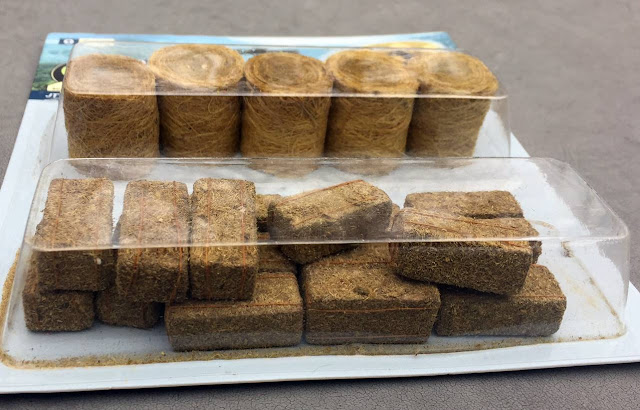 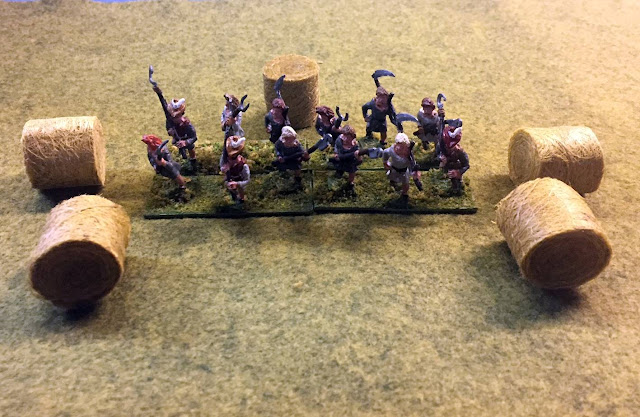 Round bales with some 25mm peasants for size comparison - I believe the figures are Hinchliffe. 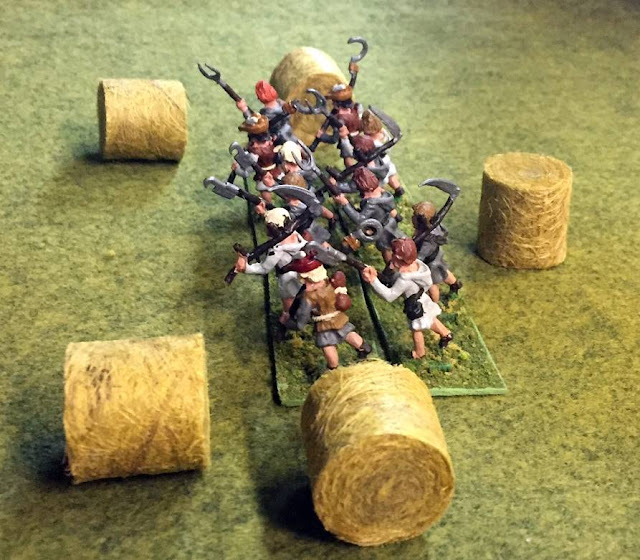 They were painted at lest 30 years ago. 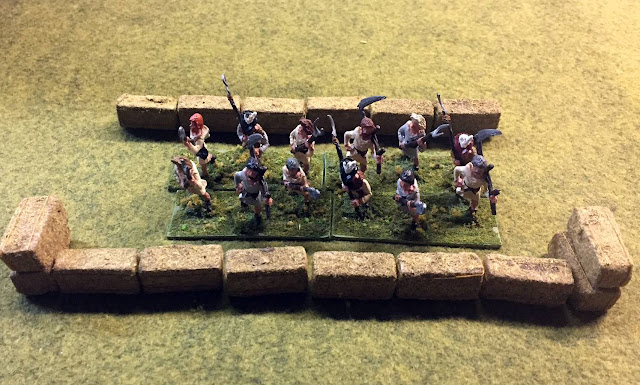 Square bakes with a different batch of peasants. 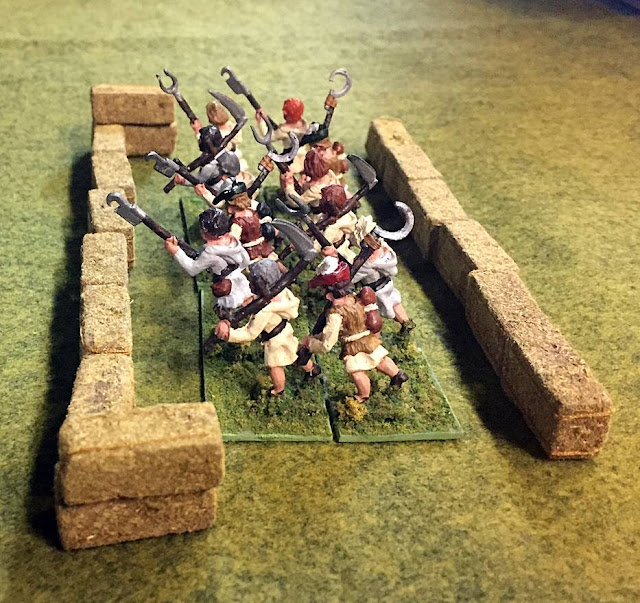 Speaking of Hail and Bale, I was scheduled to run my Egypt vs. Assyria game with To the Strongest! this afternoon at HAVOC in Shewsbury, MA. New England got hit with a late Spring snowstorm. he weather wasn't bad for our area, but snow up to 10" or more was forecast for Eastern Massachusetts at one point. So it was with much hemming and hawing (and multiple weather forecast and radar map consultations that I decided to go ahead with the game rather than bailing out. Fortunately, although the 2nd half of the trip was marked by snow and sleet all the way, it was too warm to stick and the roads stayed clear, so I made the trip safely and in good time. Thus the game went on as planned  (a report on that anon, of course). 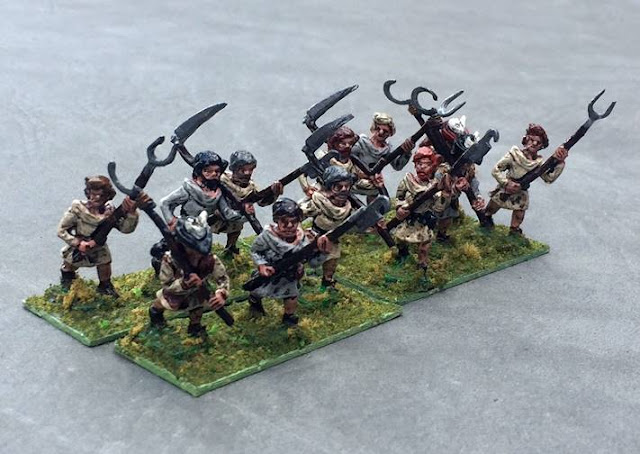 ADD: While I had these figures out, I gave them a coat of dark Magic wash. These are the "after" shots... 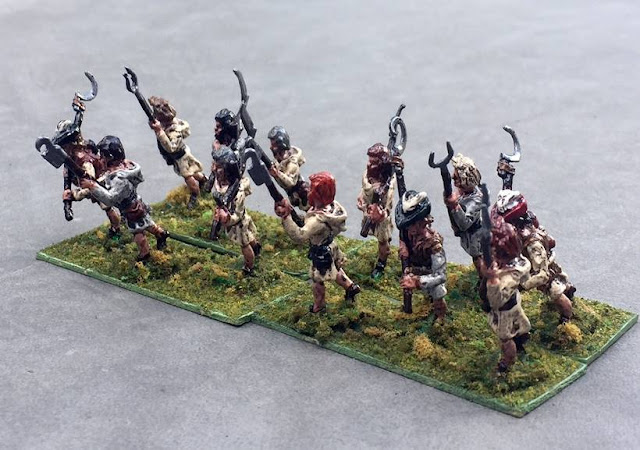 Maybe the medium would have been better, as it made the tunics look rather dirty. 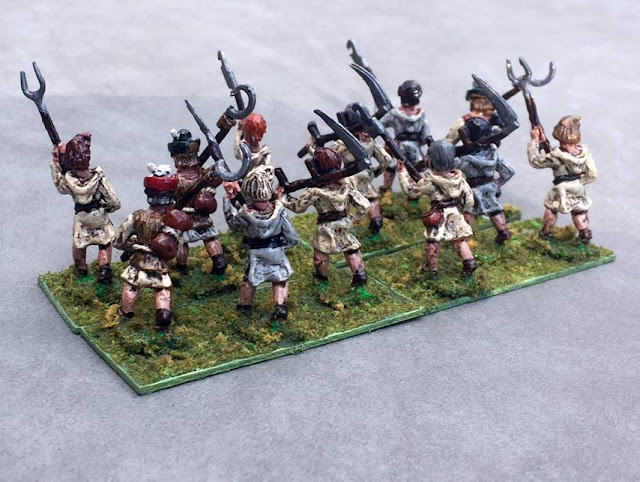 On the other hand, they ARE Peasants. so maybe dirty is right! 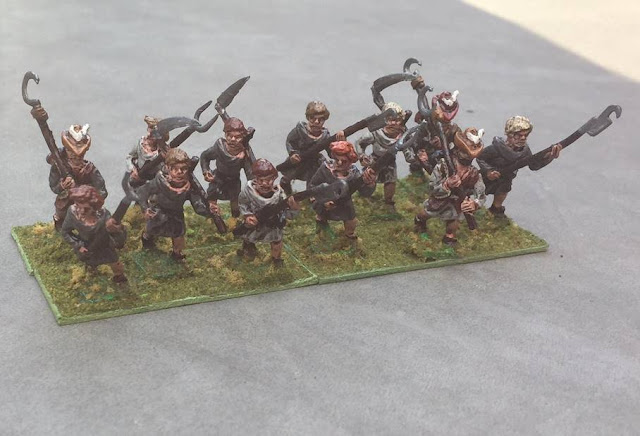 The second unit has predominantly shades pf ghrey for their tunics. 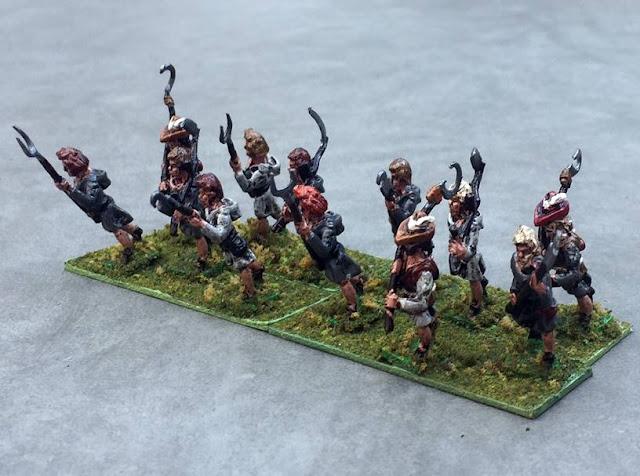 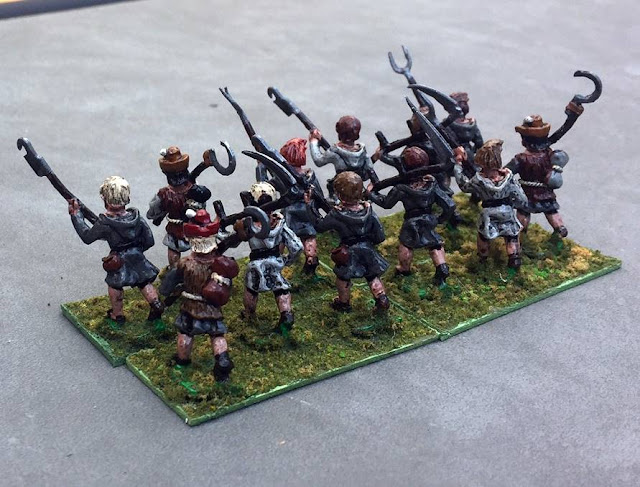 The usual view one gets of Peasants forced onto the field of battle!