The second of my Light Infantry battalions wearing the 18-02 uniform. Gerona was of course also later the site of one of the bitter sieges of the Peninsular war, where the Spanish held out against the French for months. 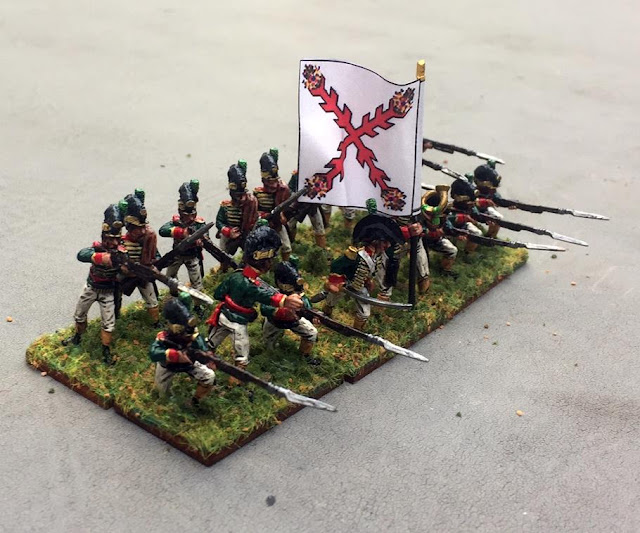 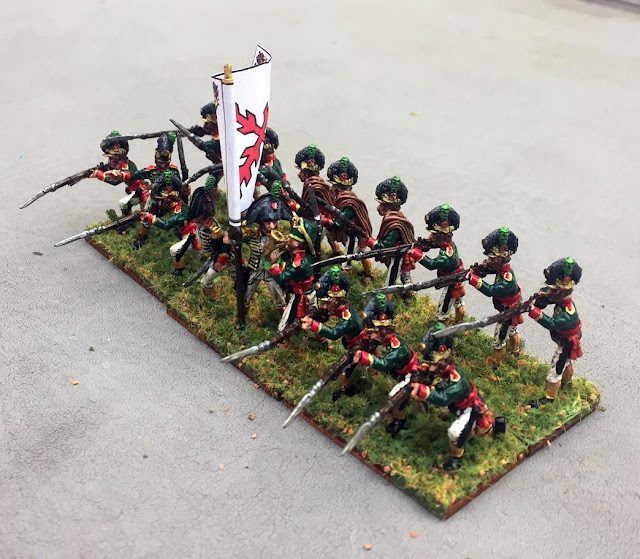 I couldn't find any information on the colors of the forage cap the hornist is wearing, so i went with dark green trimmed with yellow; in the other unit I did the base of the cap in red instead of green, for a bit of variety. I also couldn't find anything about the color of the cords, so I went with green as being the most likely. 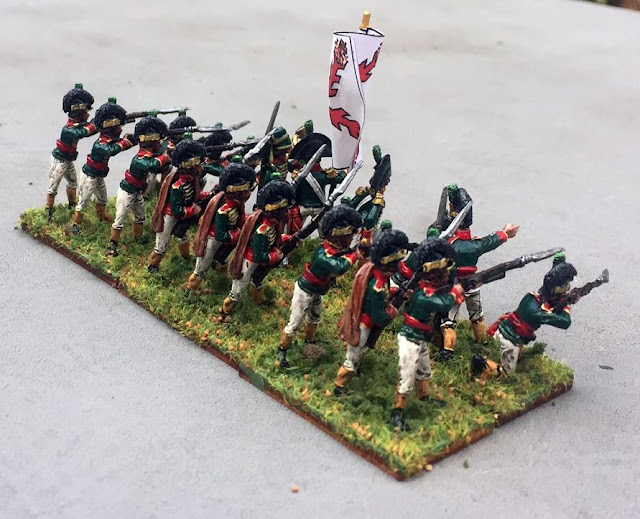 I used the darker version of my "Magic Wash on this unit, and the lighter on the previous unit. The darker wash has brought out the details in the turban of the helmet better. 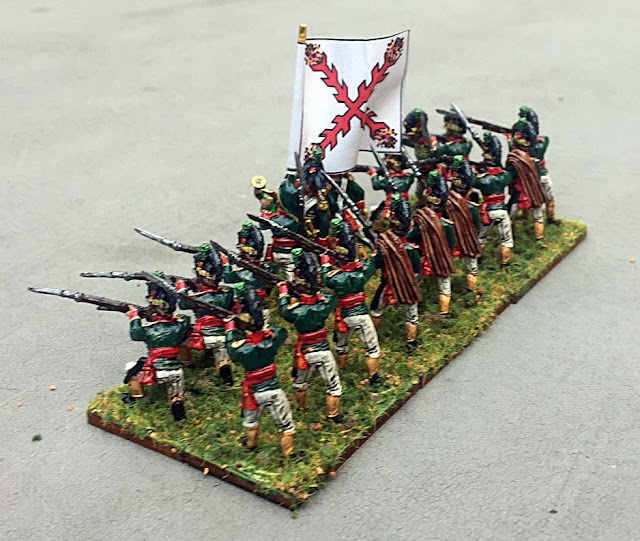 Their flag is the "generic" Spanish Napoleonic Ordenanza from the Warflag site; I have since taken some white paint to the black lines at the edges of the flags.
Posted by Gonsalvo at 6:30 PM