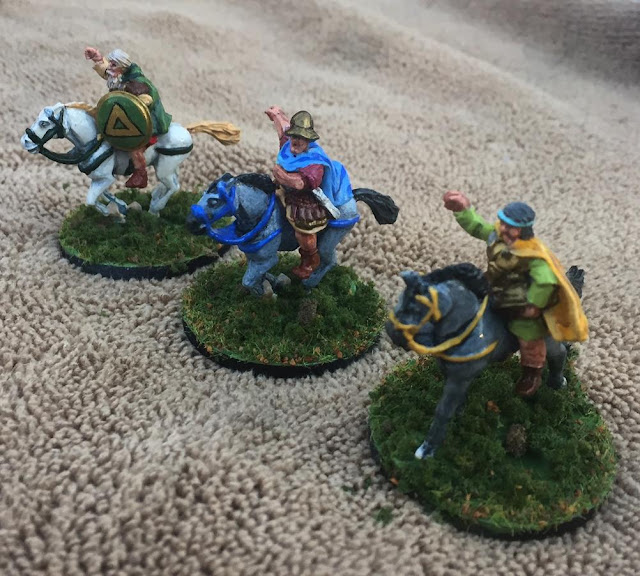 In setting up the forces for the big To the Strongest! Punic Wars game that I am to run for Jared's middle school game club later this month, it became apparent that I needed some more General figures. 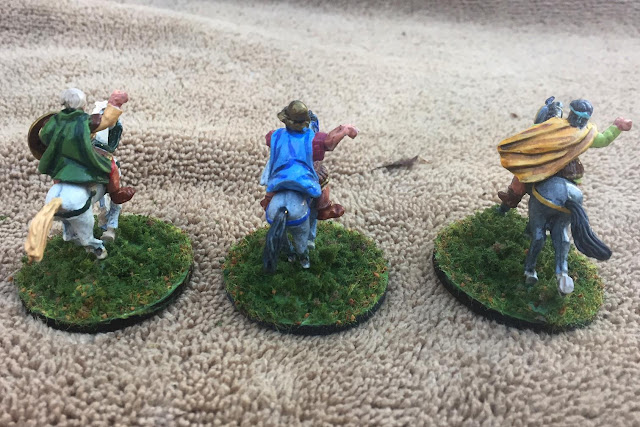 With this deficiency already in mind, I had ordered the Old Glory "Hellenistic High Command" set in my first order with the Army Card last year. 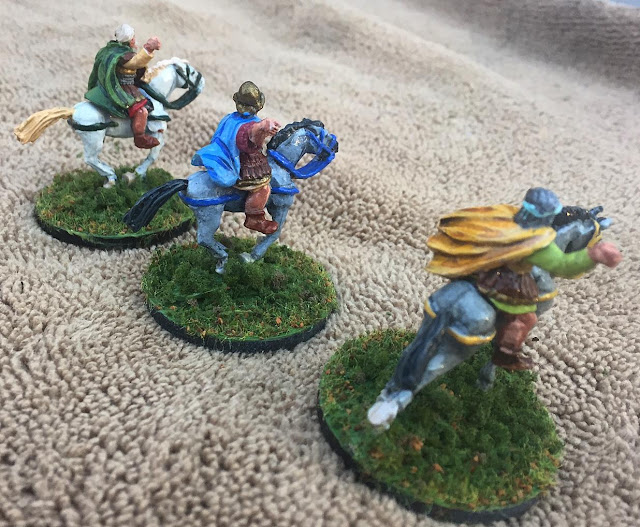 They could be used for either Carthage or Greek/Macedonian armies. 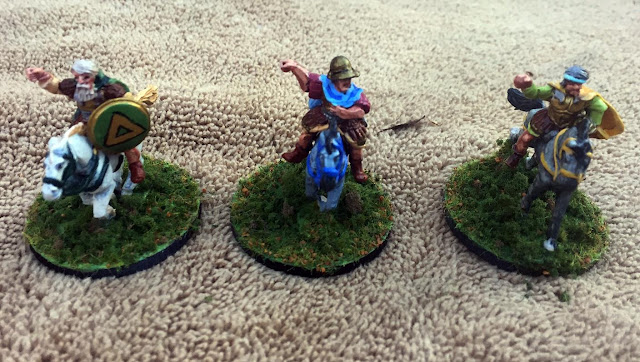 Although 6 shields were provided, only the one figure on the right seemed designed to be carrying a shield. I wanted some simple design, so I went with the Triangle, the Greek letter Delta. Back in college, I belonged to the honorary band fraternity, Kapp Kapp Psi (KKY). The circular rim of the shield sort of equates to the Greek letter Omicron, and our chapter was Delta Omicron. 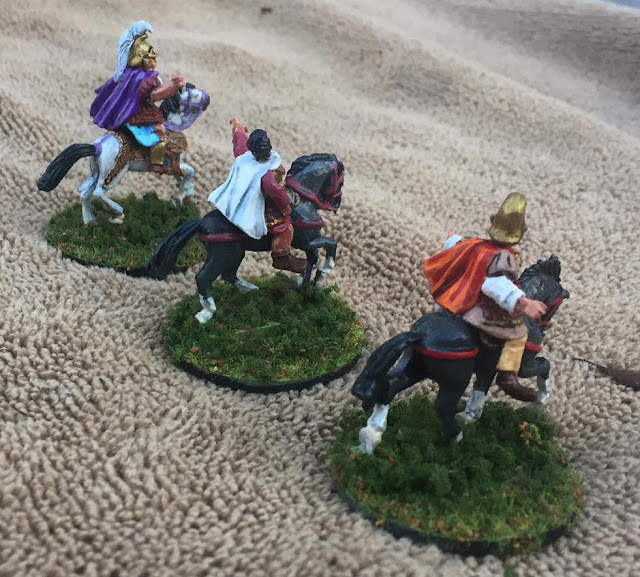 The sculptor seemed a bit thin on imagination when it came to poses, eh? Four out of the six figures have there right hands raised in a fist. "Curse you, Red Baron!" 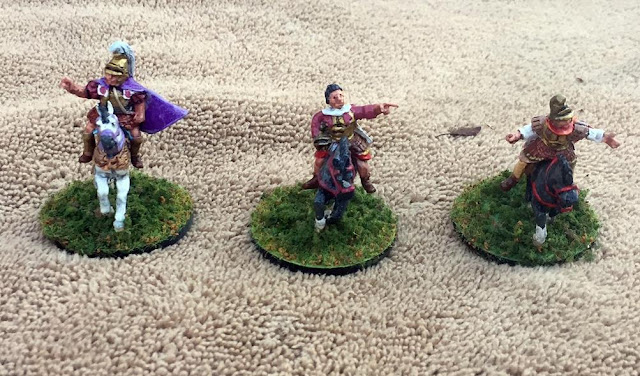 We do at least get one figure pointing, and with his left hand at that! Didn't your mother ever teach you it was rude to point? 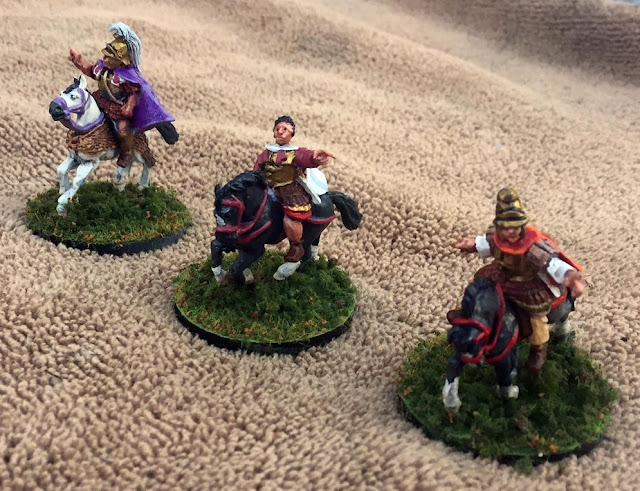 The figure on the white horse has a sort of nifty panther skin horse furniture. 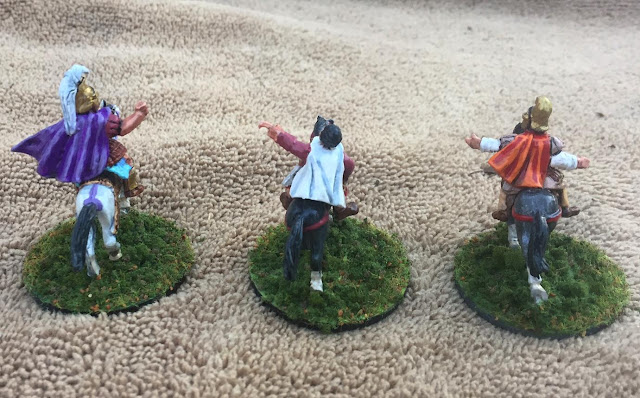 I had actually mostly painted the horses for these figures about 6 months ago, but  shifting priorities meant that I didn't get to the riders until now. And what is with the pose of the figure on the right? "More troops?  And where do you expect me to get them from? Am I supposed to make them/'?
Of course, *we* can always paint more...
Posted by Gonsalvo at 11:31 AM