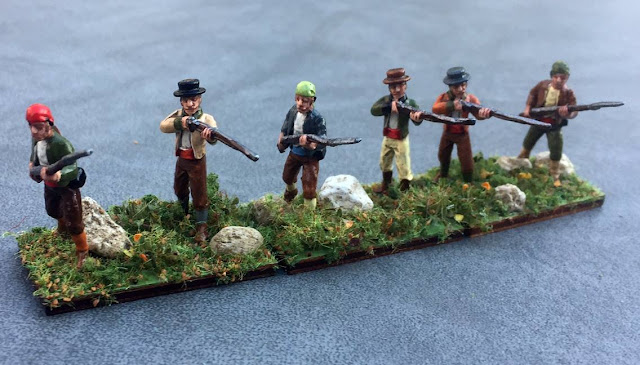 Some more unsavory characters to make life miserable for the French - this time by Eagle figures. 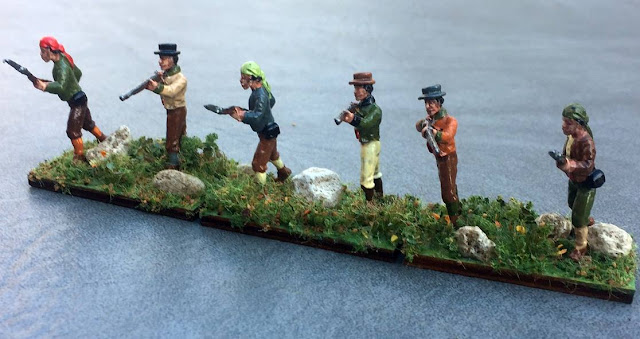 These figures are notably more slender and a bit slimmer than the (Eagle Figures) Militia of Coruna seen previously. 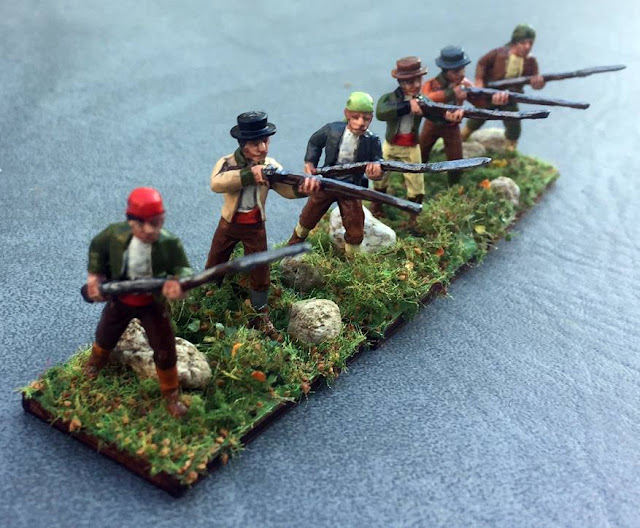 OPne suspects these were earlier sculpts by a different sculptor than the more recent figures. 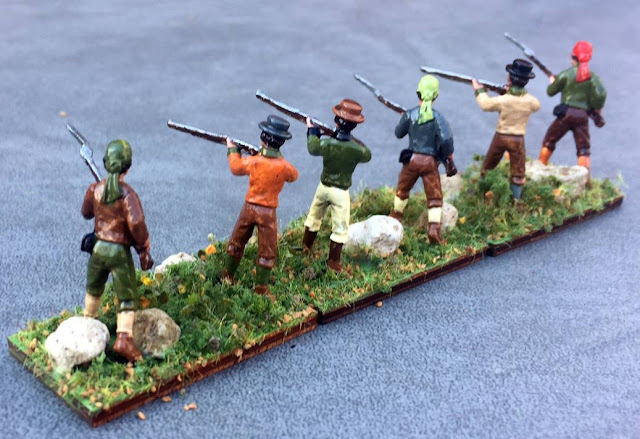 They certainly fit the bill regardless. 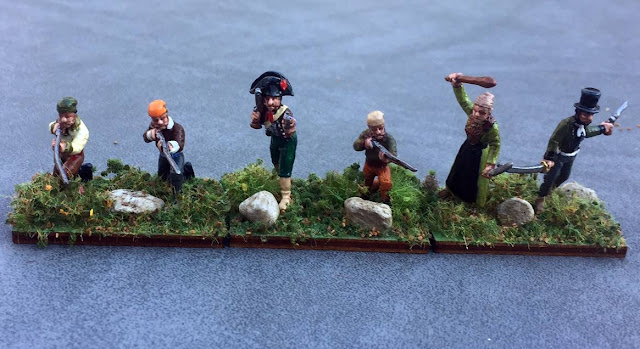 A second set of six - the figure in the Bicorne is a Brigade games figure; the difference in height and stockiness is apparent. 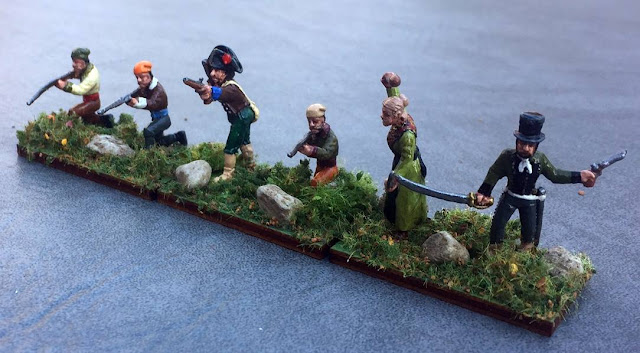 "Death to the French!" 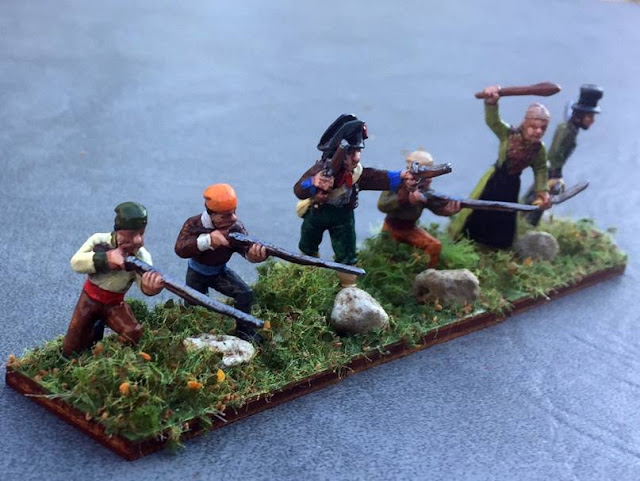 I tried to suggest an embroidered yoke on the black apron of the  angry señora. 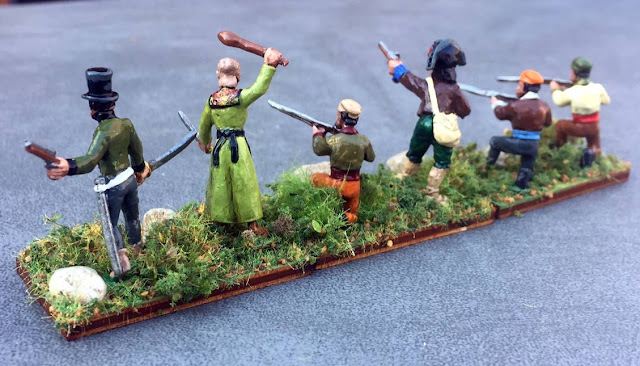 Once again, it would seem that many of these figures could just as well be used as pirates. 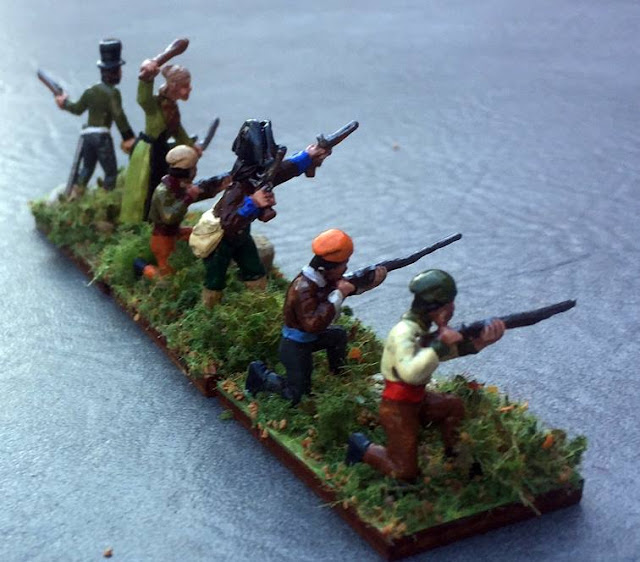 Either way they can expect no quarter if they are captured!
Posted by Gonsalvo at 10:56 PM