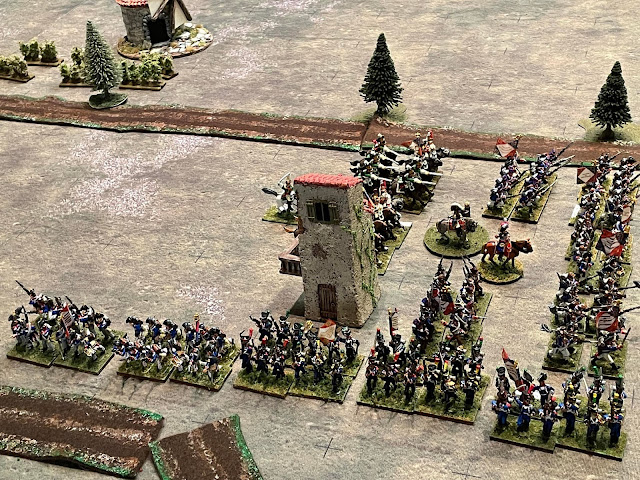 I ran this game Friday afternoon. It was a good thing that I set it up well in advance, as I kept thinking it was at 6 PM! Part of the French starting positions. 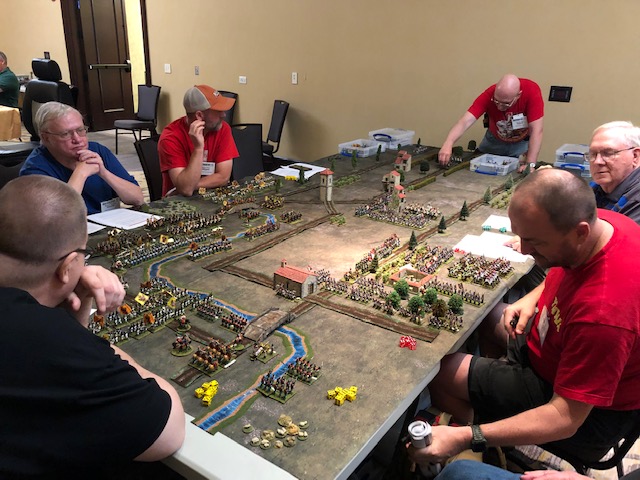 The Austtians begin their advance. They had majorn traffic control problems. I really should have used 30 - 50% fewer units! 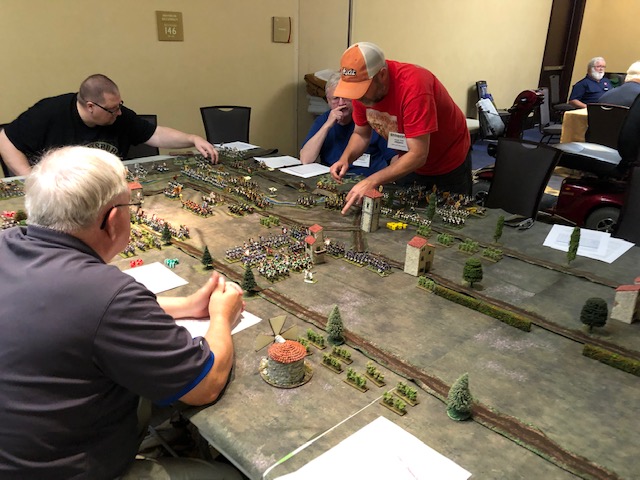 Getting into the action! 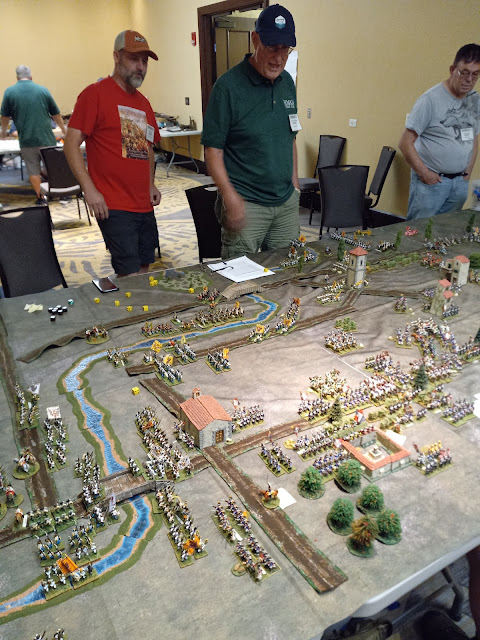 The opposing armies close. I didn't take many pictures due to being well engaged in running the game.
It looked great, and played OK, but I would have been better to have stuck to the twice tested Austerlitz scenario. 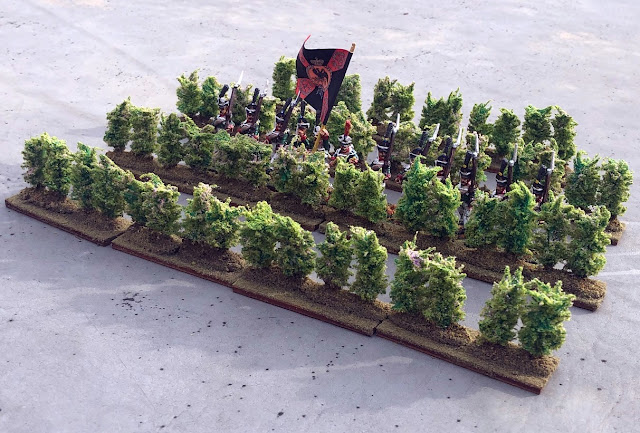 I didn't have nearly enough vineyards for the game, even with all of the new stuff I bought at Hiistoricon in November! 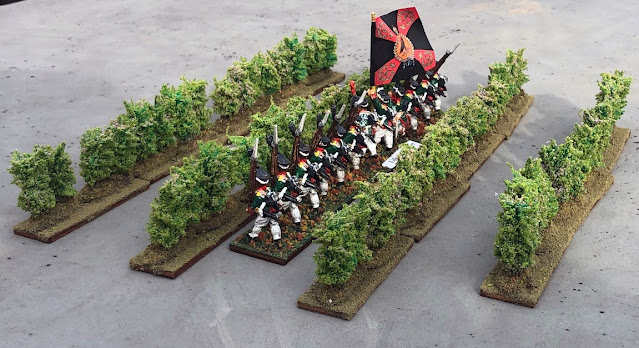 Back home, some Russians model the vineyard pieces, created from purchases from Pastimes on the Square. 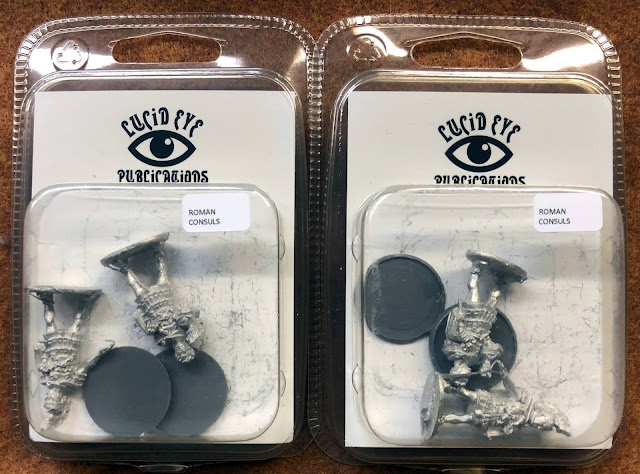 I bought very little again at Historicon this year. One booth had Lucid Eye Productions at 10% off. I had never heard of them, but they are a British company that dopes mostly fantasy stuff, but also has a nice range of Republican Romans and Macedonians. I bought 2 sets of Roman Consuls, as I never seems to have enough figures to use as Generals! 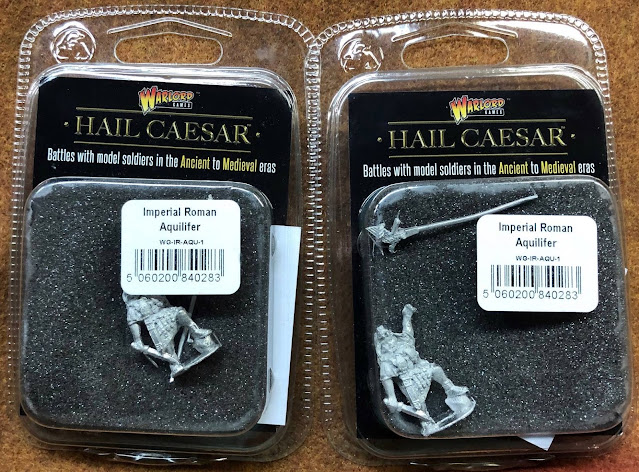 I also bought a pair of Eagle bearers to use as Army Standards for my Roman Army when playing  To the Strongest! I also purchased eight D12's of various different colors, with Test of Resolve games in mind. 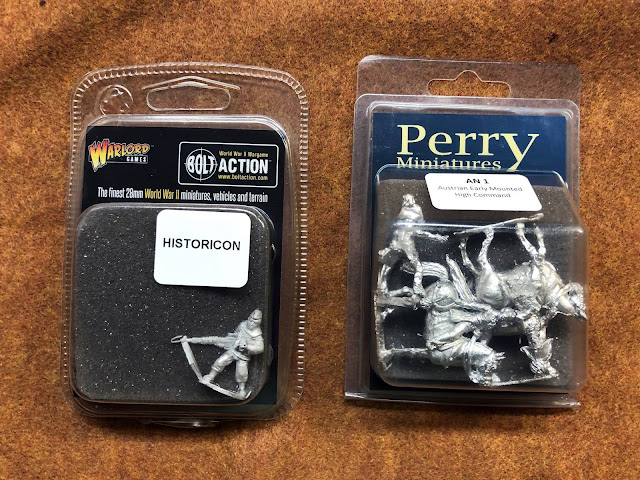 Historicon Special free figure - a female Ukrainian hero from WW2. I spotted these Perry Austrian High Command set and picked it up; I always seem to need more Austrian Command figures, too! 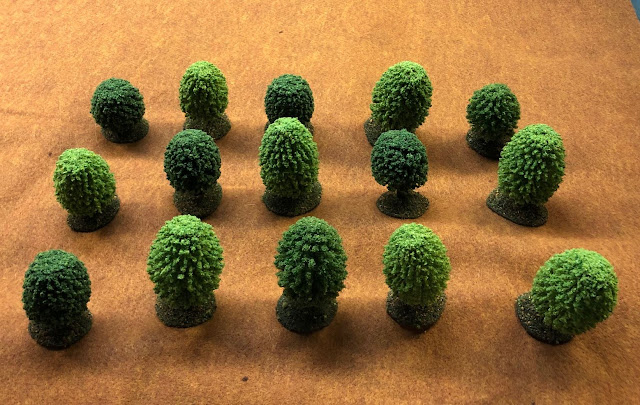 I really wanted some more Poplar trees from Battlefield Terrain Concepts, but they didn't have any. They had their usual show special - buy 12 of these trees, get 3 free. With two $12 GM vouchers in hand, the out of pocket cost for these trees was quite low!
Altogether it was a great show. Attendance seemed down modestly from 2019, but given the ongoing pandemic, that was to be expected. lots of good games and seeing friends old and new!
Posted by Gonsalvo at 11:13 PM