The last of the Canaanite Infantry Rehab figures are now done, as can be seen below! 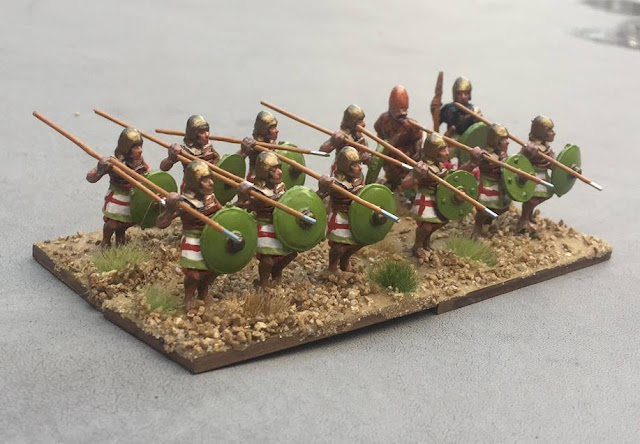 These chaps look vaguely Egyptian, but of course imitation is the sincerest form of flattery, eh? 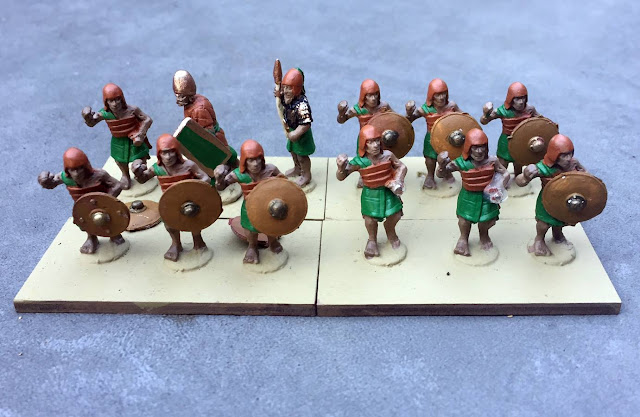 Here';s the original version. I didn't care for the intense, deep green of the tunics at all. 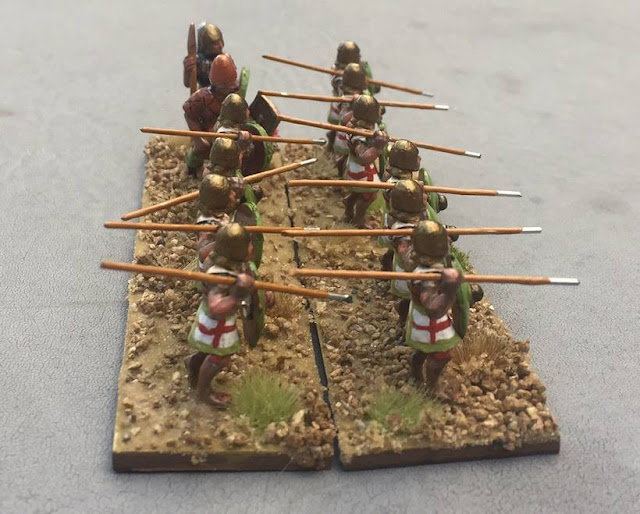 If you look at the "before" picture, you will also note the lack of, err, Spears! I fashioned some out of floral wire, and they glued into place easily. 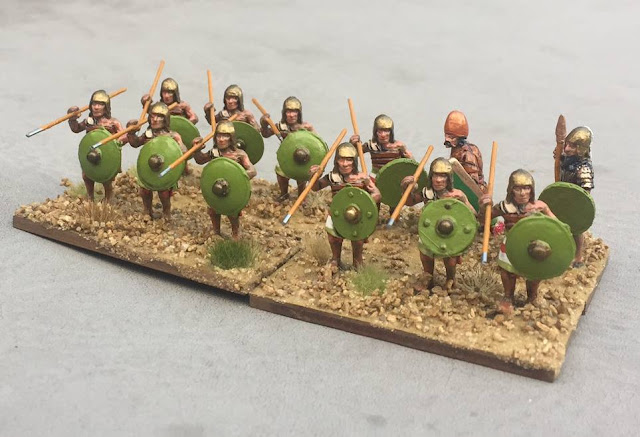 You will also note that some figures were missing shields as well. I actually popped all of them off to facilitate the repaint, and, obviously, changed the color to match the border ornamentation on thier tunics. I had to fashion a couple of replacements from wood discs, hidden in the back rank - I see that I missed painting the bronze on them, and also the studs on the 2 different pattern shields in the front rank - both now corrected! 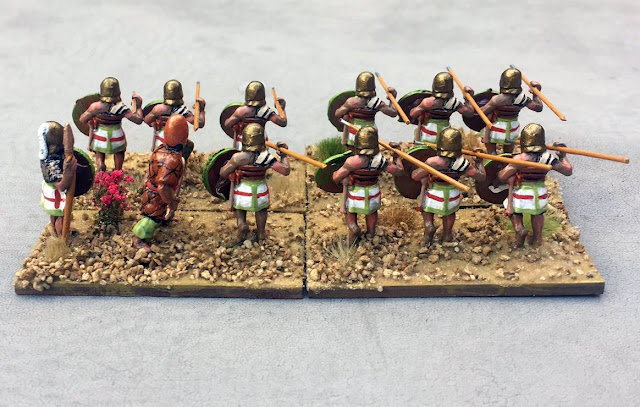 I like the red and green pattern on the white tunics. The trusty ink pen was used to black line the leather armor. 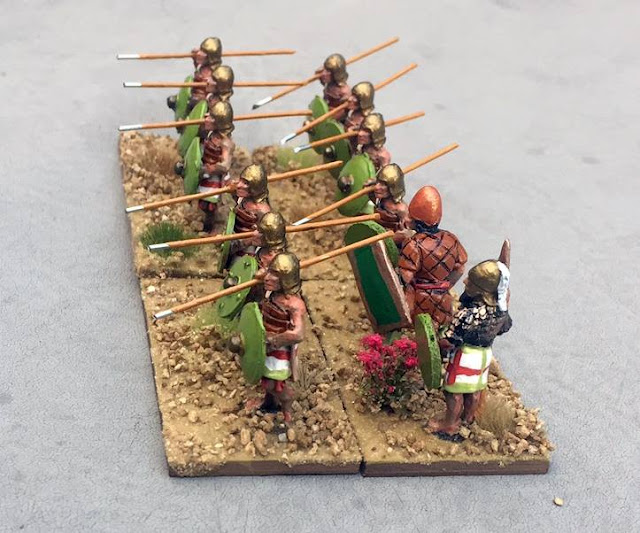 Once again, the basing with scenic sand, railroad talus, and tufts makes a big difference as well! 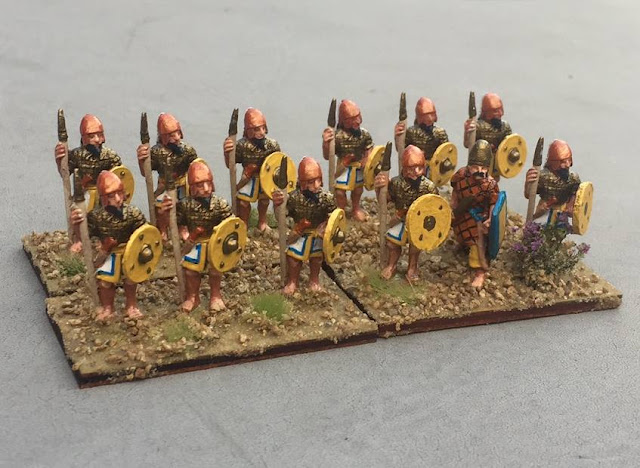 This unit of ? Hittite or Hyskos spearmen was painted from scratch from the bare lead that Ken provided. 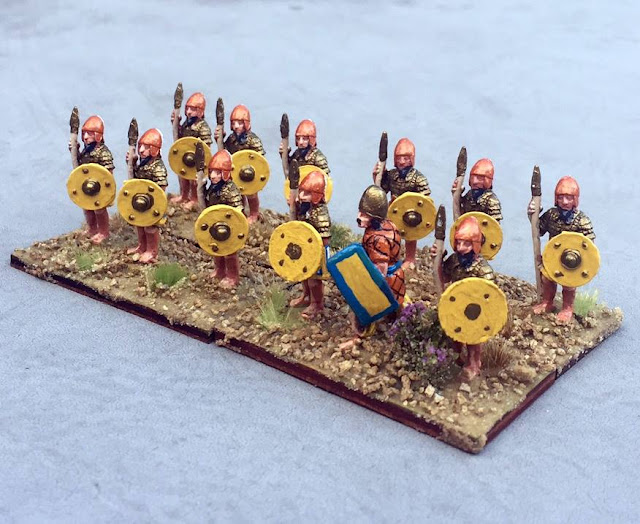 Once again, there were insufficient shields in the "parts box" Ken sent, so a few replacements were fashioned from wood discs, seen on the "command" base. Passable, I think, especially from table distances! 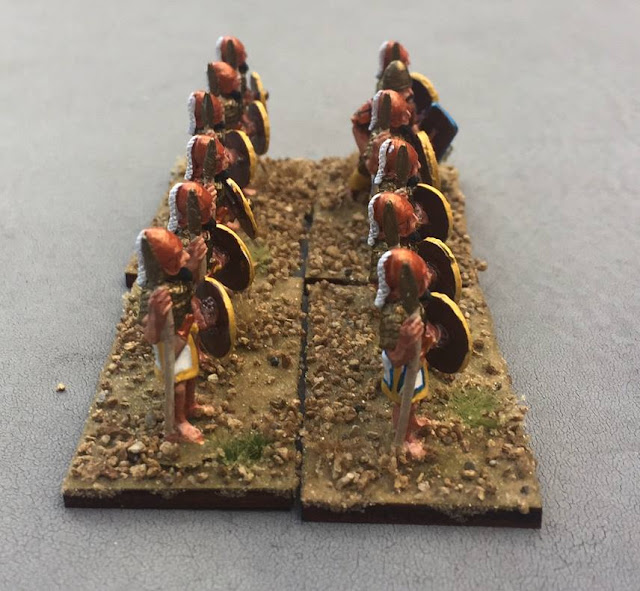 I wasn't sure if the ornamentation on the back helmets was that, or plaited hair pulled through an opening at the top of the helmet. I went with painting them as a white decoration, but I'm still a bit undecided if it would look better in black. 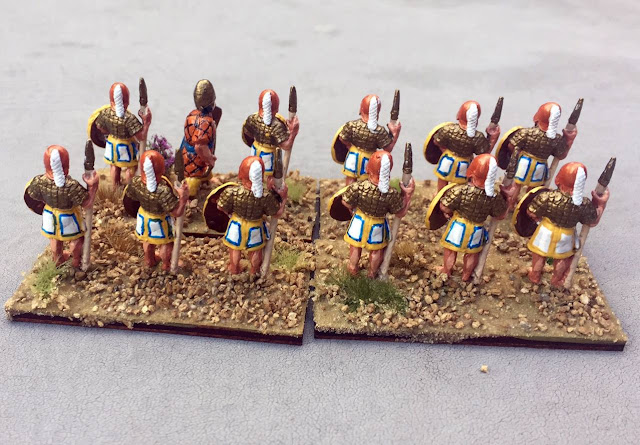 The blue ink pen was used to do a more complex design on the tunics of these Guardsmen, and I was pleased with the effect - oops, missed the right rear guy, also since corrected! 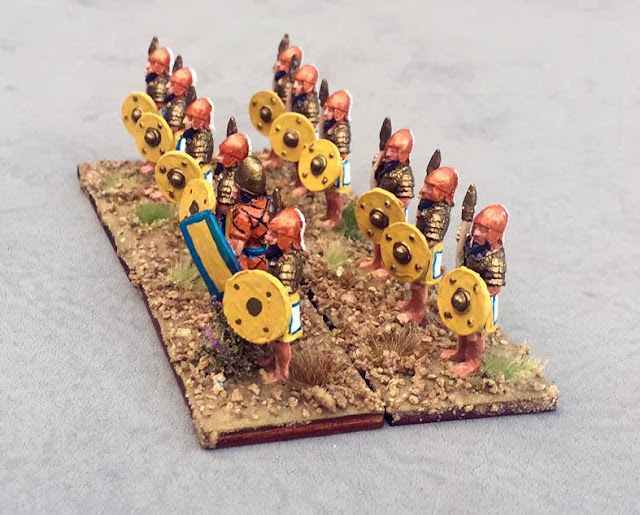 They stand ready to fight with or against my Egyptians!