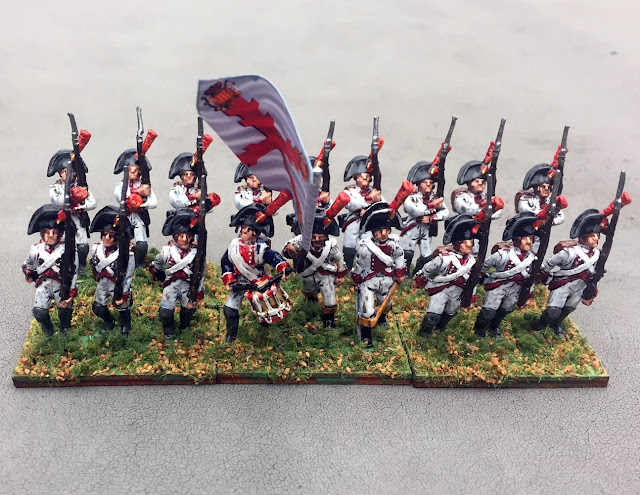 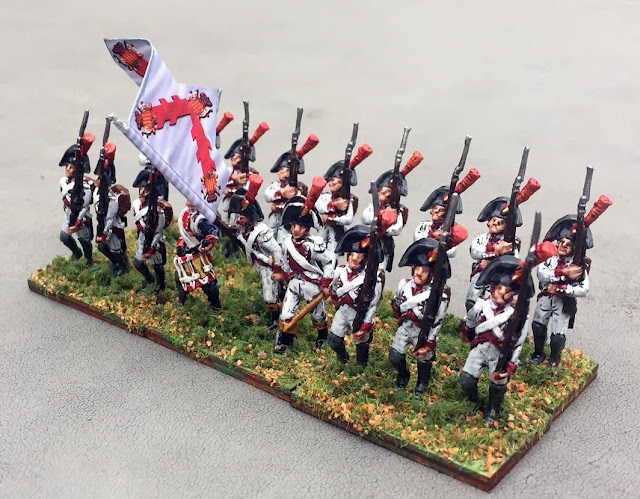 Crimson lapels, cuffs, and shoulder tabs, piped white (which piping I have left off, except on the shoulder tab as inconspicuous abutting the white uniform), collars and turn-backs white piped crimson. 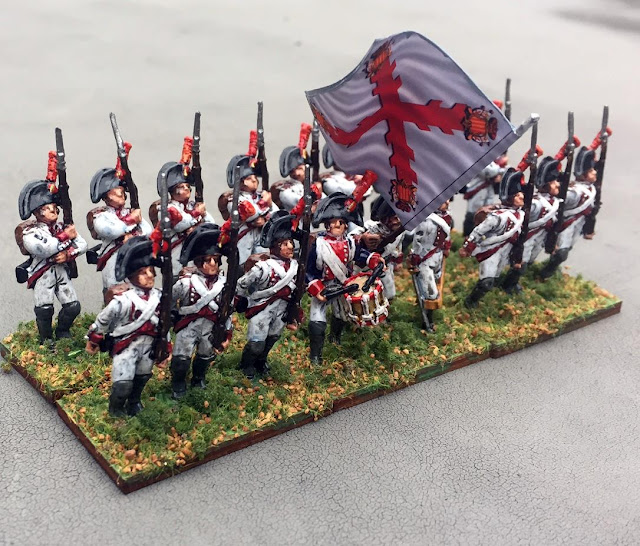 The drummer is once again in the "Royal Livery", dark blue jacket with red facings, piped white. 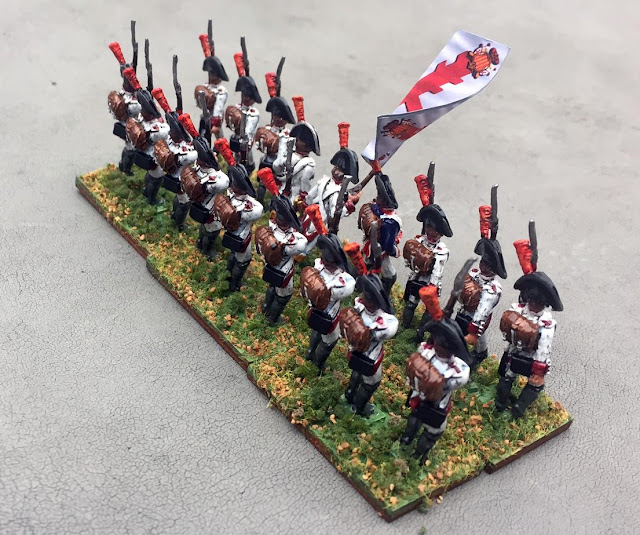 Flag is once again by Adolfo Ramos. He doesn't do a flag for this particular regiment, so I have co-opted the Ordenanza of the Aragon regiment (sharp eyes will note the badge of Aragon in the corners, "Or, four palletts of gules", as opposed to that of Castile, "Gules, a Tower argent"). 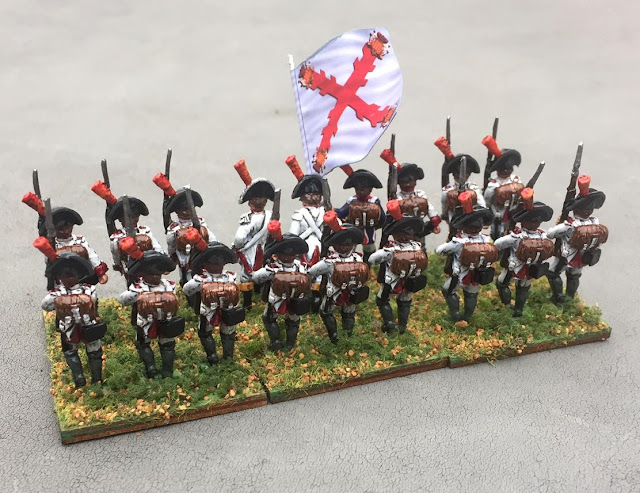 This unit is the first of several using Three Armies figures. They are very nice sculpts, if a bit heftier than the Brigade games figures, more of which will also be seen soon.