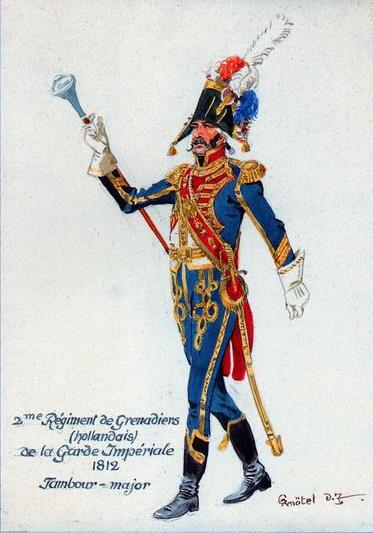 Another year in the books already, which means it is time for the Annual Hobby and Blog Review. Strike up the band if you will, please, sir!

(Way over budget, probably the most hobby spending ever for me in a single year) 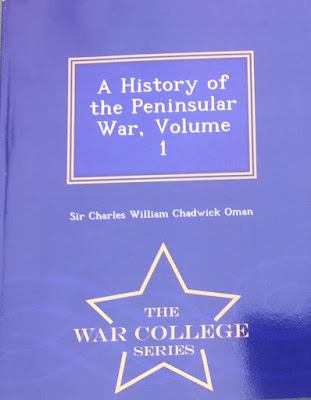 Oman's History, Volume 1. I couldn't bring myself to pay for ta hardcover edition, espwecially considering there are something like 9 volumes! 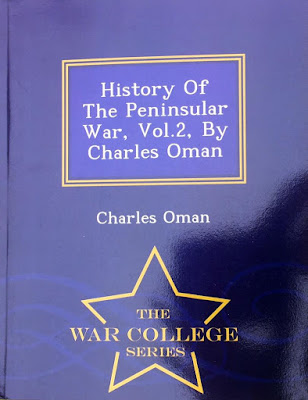 From the Battle of Coruna to the end of the Talavera Campaign. 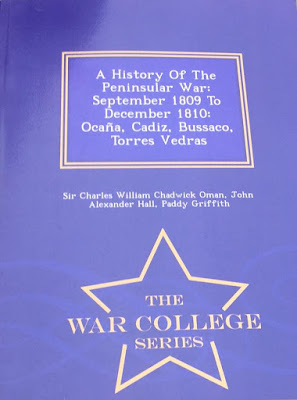 For some reason not titled as volume 3, but so it is! I also have no ides what the names of the other gentleman are doing on the front cover, as other  than as perhaps series advisers, there is not a word from them within. 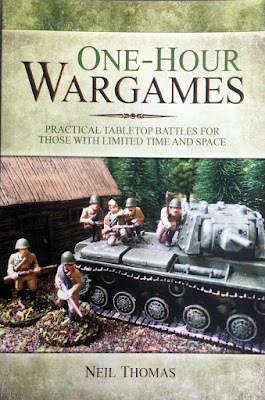 I have been meaning to pick this one up for some time, and with the 25% off sale at Barnwes and Noble, it was a go.  My rationale for acquiring this book was first and foremost the scenario ideas, and then the possibility that it might prove useful should I be able to interest either or both of my two grandsons in the Hobby a few years hence. 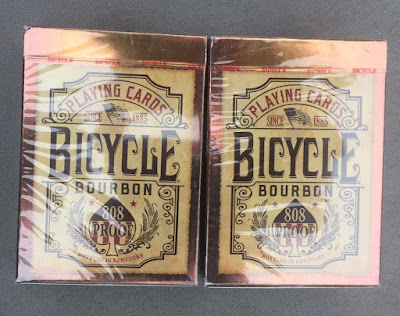 Needed some more card decks for To the strongest! with different backs, and at 25% off... 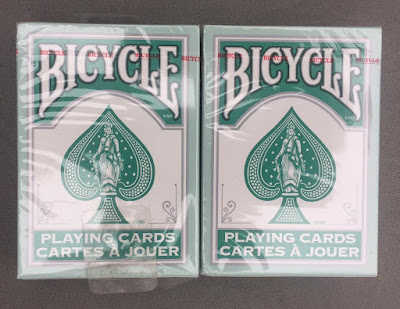 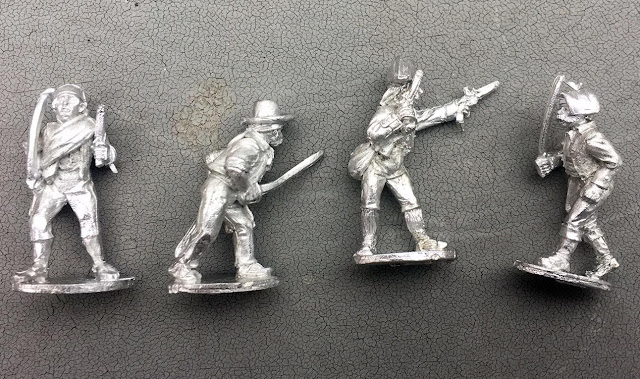 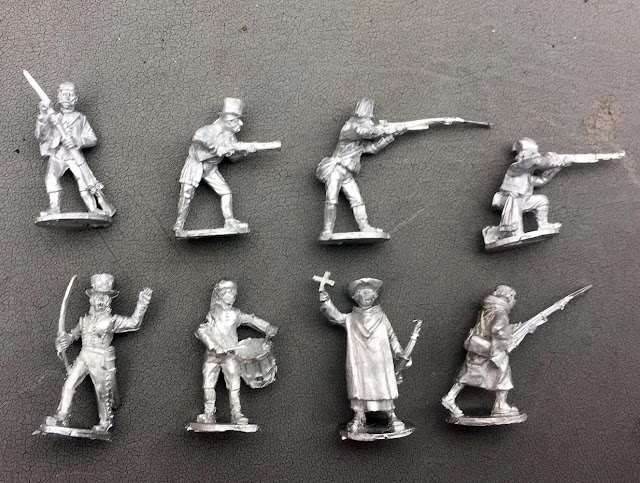 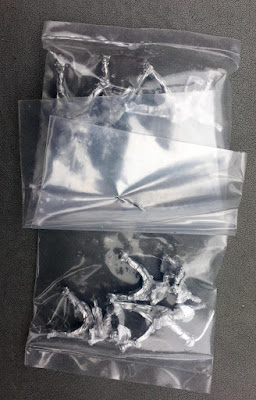 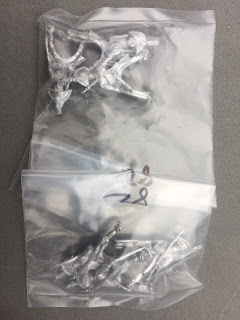 Enough Dragoons for a 2nd unit, in different poses. 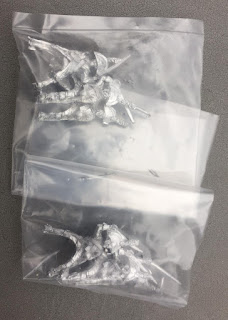 Enough Spanish Line Cavalry for a 2nd unit, but still awaiting release of their Command pack. 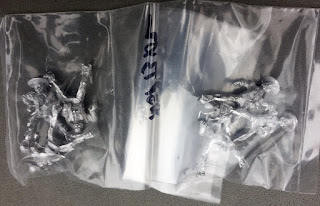 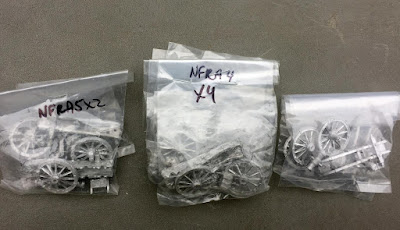 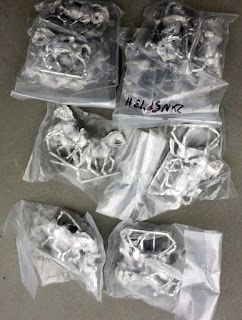 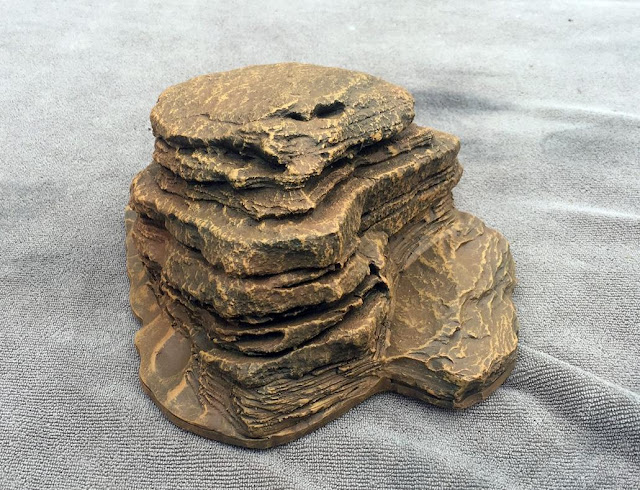 From the Old Glory order. When I was perusing the OG site, I stumbled upon a listing for "Three Brown Polyurethane Rocks", painted for $50. With the Army Card discount, that's just $30, or about 7.50 each. Sold! 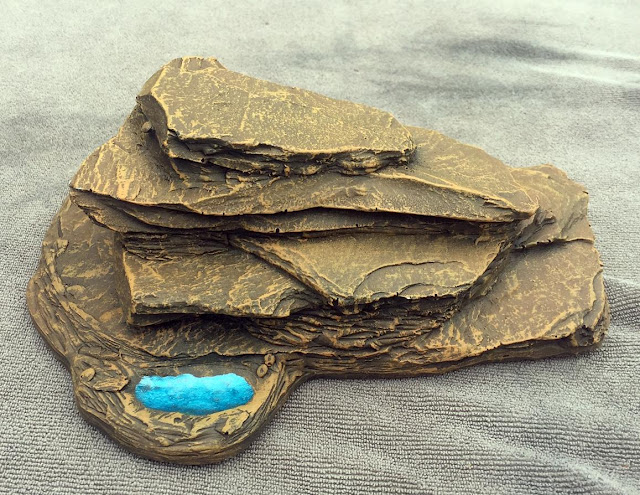 While obviously intended for Skirmish gaming in the American Southwest, I intend to use them for Hill terrain for my Chariot era armies. The bright blue "water" will probably be replaced with black or dark brown. 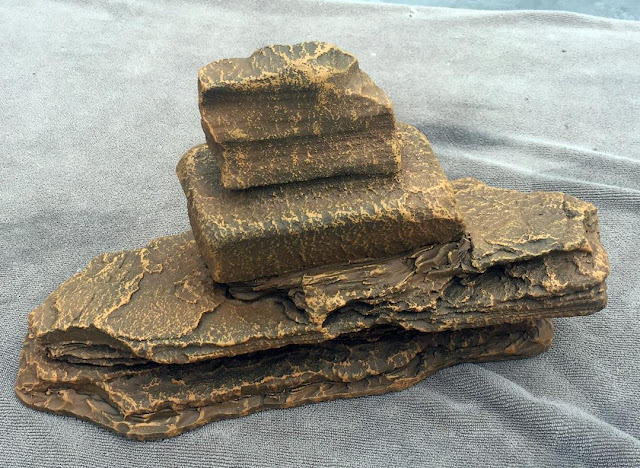 These will fit in one or two 6" boxes for To the Strongest! 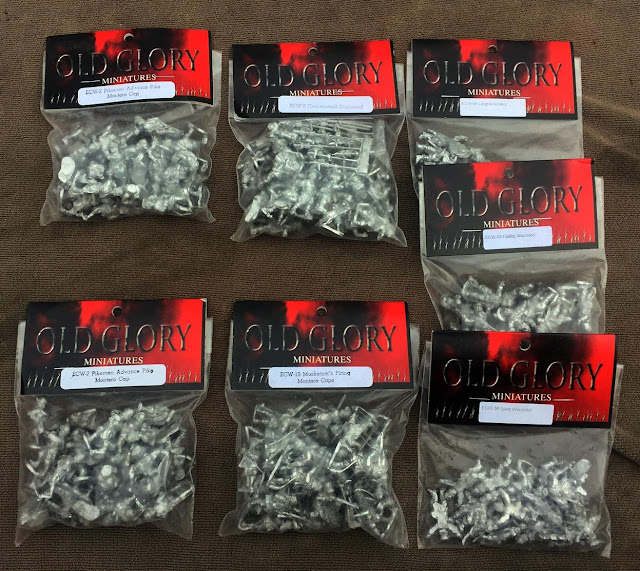 OG order - these ECW troops, mostly in Montero caps, will be used to add some scruffy, raw units to my ECW collection, in anticipation of the release of Simon and Andrew's ECW rules. Brent Oman's Field of Battle based ECW rules are also due out soon, and they will work just as well with that, too. I may need to add a bit more cavalry as well. My Card doesn't expire for another 2 months.  Hnmmm... 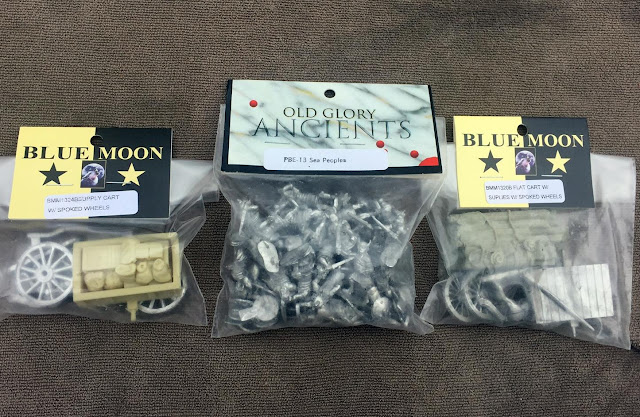 A minor expansion for the anti-Egyptian alliance, plus some (Blue Moon) carts... about $12.50 each with The Card.  What might I have in mind for those?

I'd say 4,000 points is probably about the most I could ever do in a year. There was no painting in April as that was the month that my office moved and I had to crash learn and transition to using a new Electronic Health Record in the office. As I knew from the first time I implemented a new EHR 10 years ago, it took 6 months for my hours worked to return back down to normal. No wonder most physicians have a love/hate relationship with their EHR's!  Even better is that I get to do it again in 2 months... ugh!

May: Battle of Fitchwoods from our Lannes Napoleonic Campaign with Field of Battle, 2nd ed.

August 2017: Ran/played in The Alliance of Baal with To the Strongest!

December 2017:  None. I was scheduled to run a big Ancient game for Jared's middle school game club in early December, but we got snowed out. Now reschedule for January.

TOTAL:  10 games played and/or run. Still under goal of 1 per month. 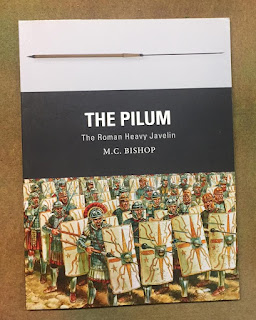 Our good friends love history and thus "get" my hobby, so when they saw the local hobby store was selling off their inventory of Ospreys at a steep discount, they stepped in! This looks quite interesting from skimming through it already. 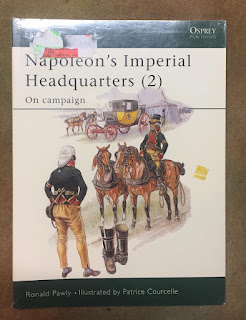 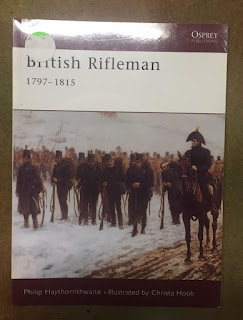 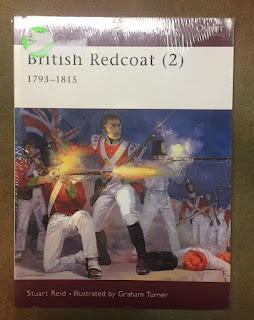 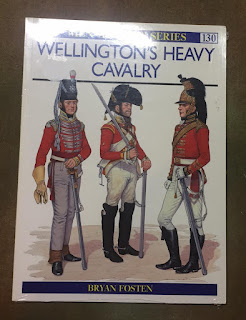 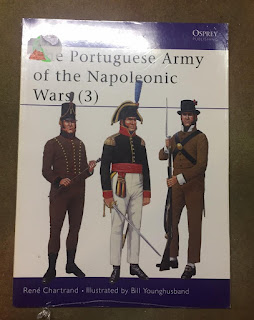 to Christmas this year! 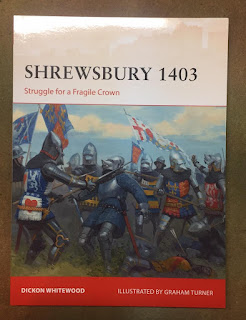 They actually visited Shrewsbury a number of years back. 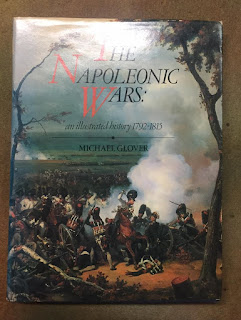 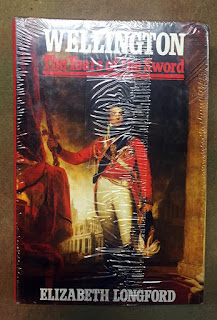 Back to the Peninsula once again!

A very happy, prosperous and healthy
New Year
to all my readers, friends, & fellow bloggers!

Peter
Posted by Gonsalvo at 3:20 PM