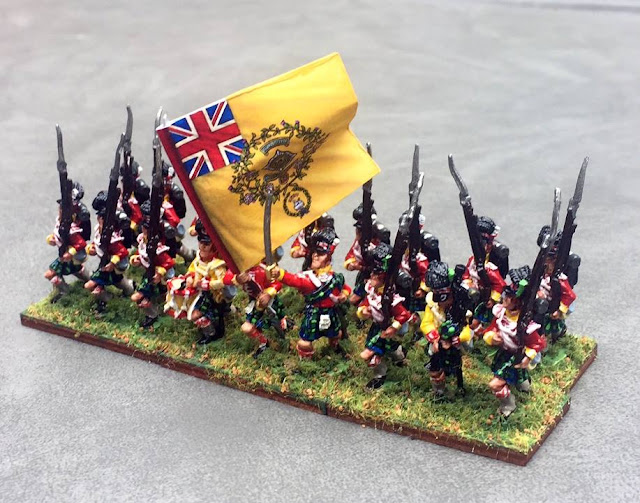 Eventually, every Napoleonic Wargamer must confront the specter of painting... Highlanders!
Now, I actually had painted a unit of Highlanders some 45 years ago - the famous Airfix set. That experience didn't make me any more eager to do another unit, LOL! 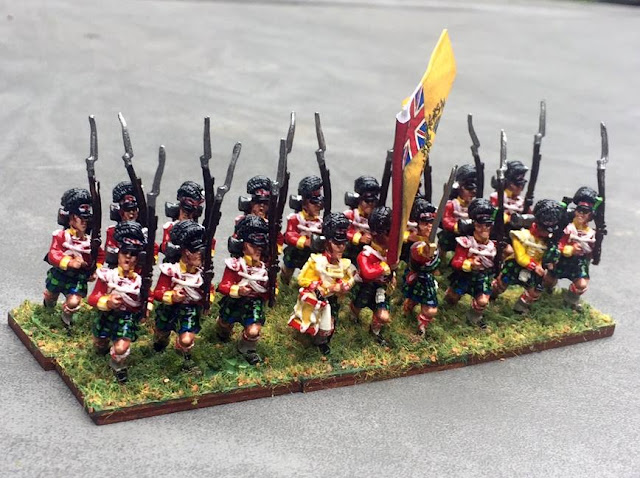 Although I had finished most of my substantial British army a couple of years ago, I didn't even order any Highlanders as part of that project. 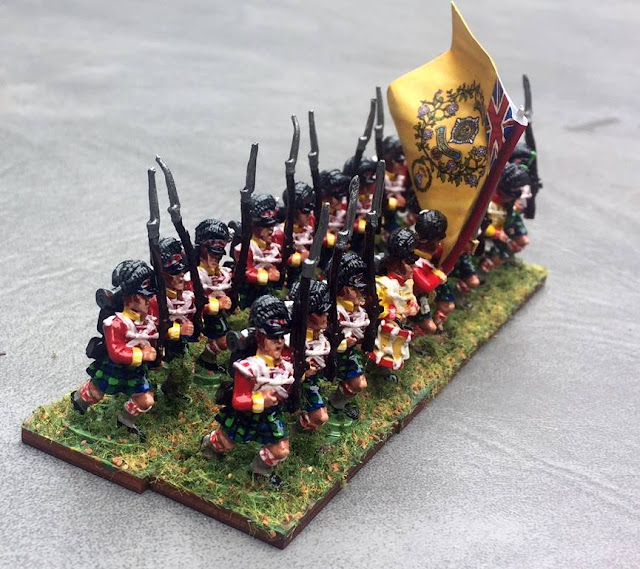 In the waning days of my Old Glory Army Card membership this winter, I finally placed the order for my Highland contingent. I had debated using Perry figures, because then I would only have enough for a single unit, whereas I could make up to 4 units from the Old Glory packs I needed. In the end, thrift and megalomania won out, and I went with Old Glory... 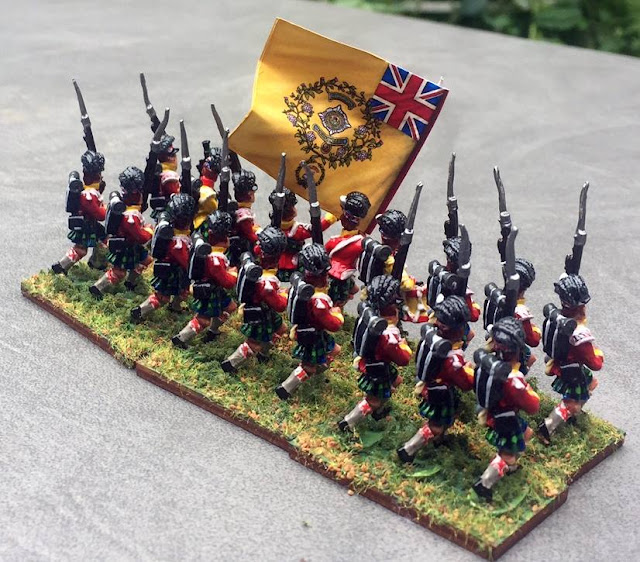 They are actually quite nice figures, but *80* is so darned many to paint!  :-) I decided to do the Gordons for my Talavera campaign and games, and do any other regiment(s) after Historicon. 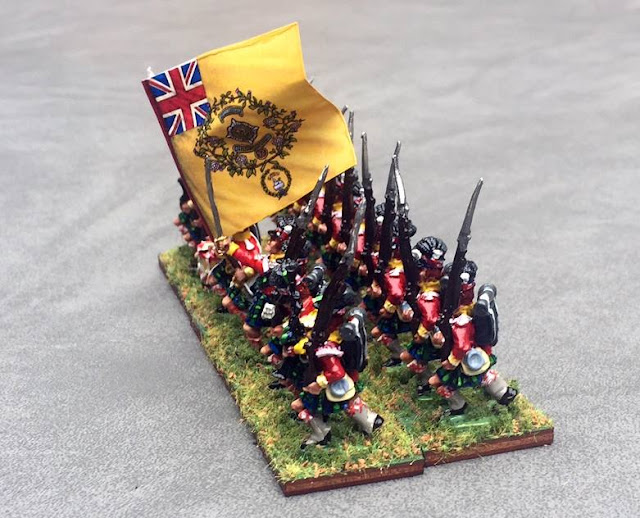 As usual, the over-sized but beautiful GMB flag is a bit large for the Old Glory standard bearer. 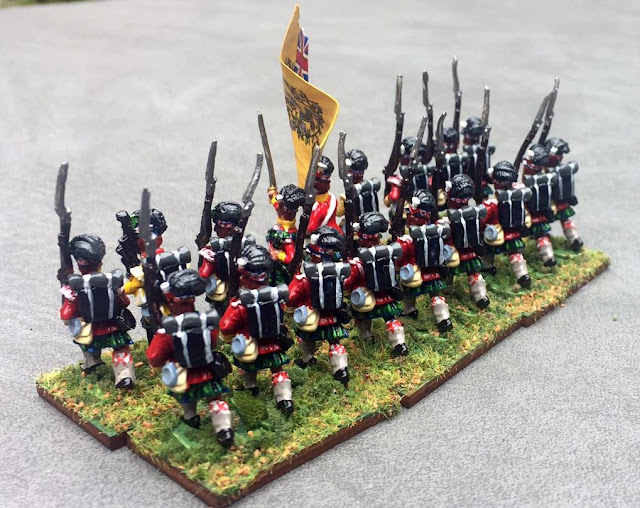 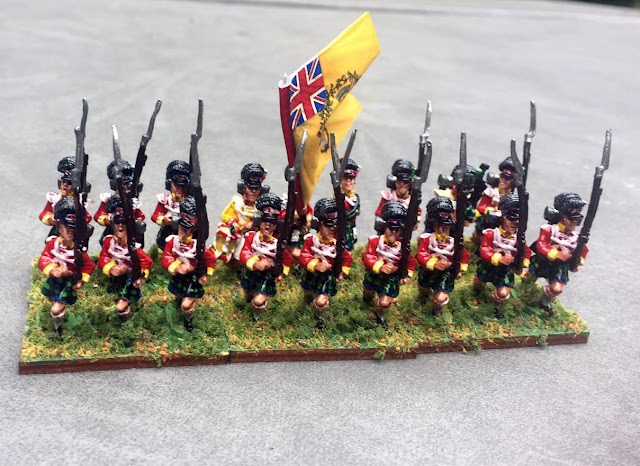 I have exchanged the ranks to better show the tartan patterns on the kilts. I used ta truncated version of the method outlined here by John O'Brien. I used a black ink pen to outline the green stripes. I was going to do the yellow over-stripe that differentiated the Gordon's kilts, but decided that I wouldn't be able to paint fine enough lines, and that it would thus likely spoil the reasonably satisfactory look of the kilts as seen here. 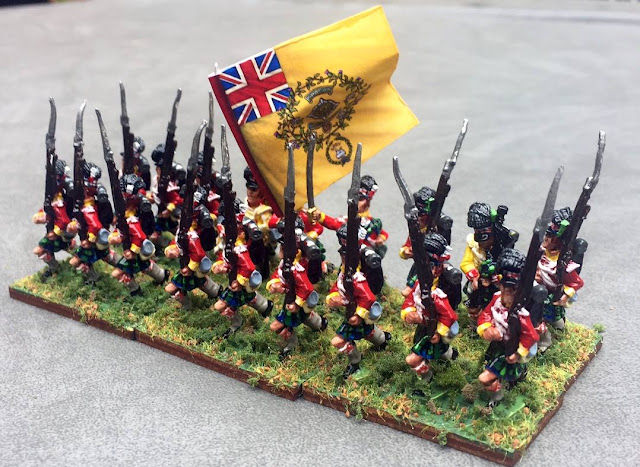 The second unit, the 42nd (Black Watch) is about half done now; they will wait until after Historicon for completion. (anyone want to pick up about 40 unpainted  Old Glory Highland figures cheap?!)

Scotland forever!
(Of course you do!)
Posted by Gonsalvo at 8:02 AM