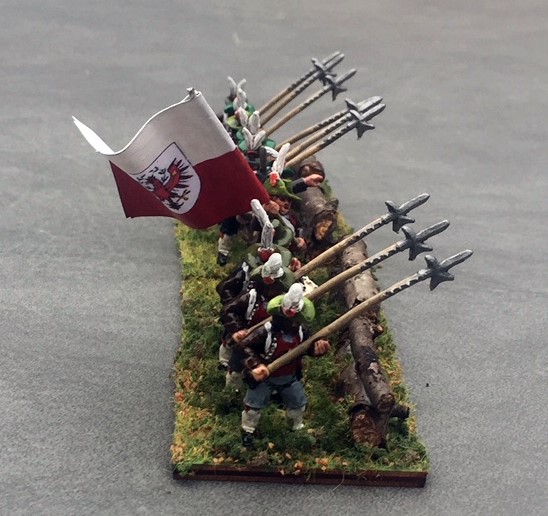 The first of the Tirolese rebel units rises in revolt! 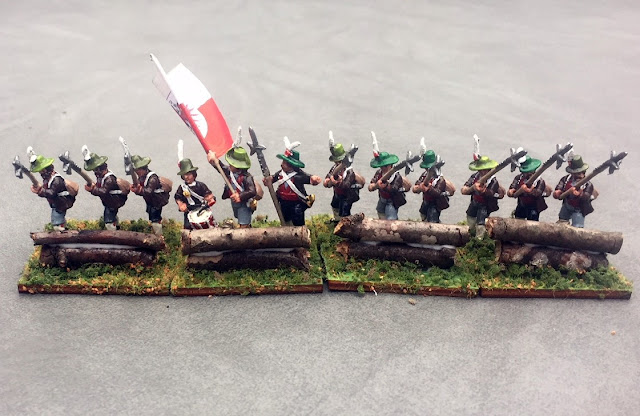 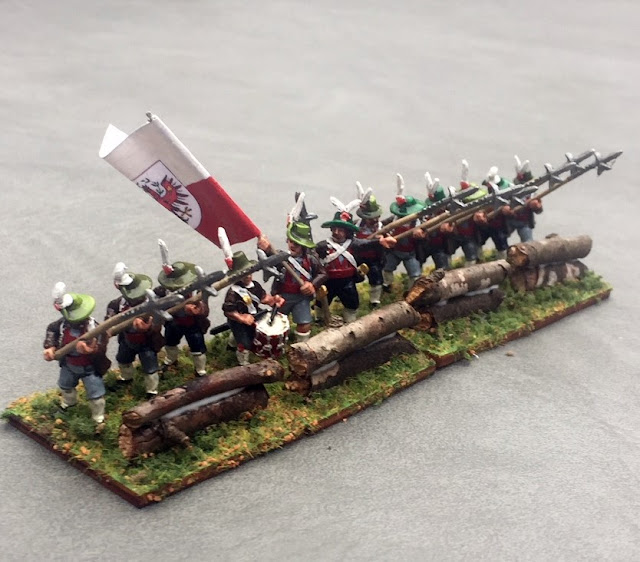 They are so newly formed that the glue is still drying on their log barriers. :-) 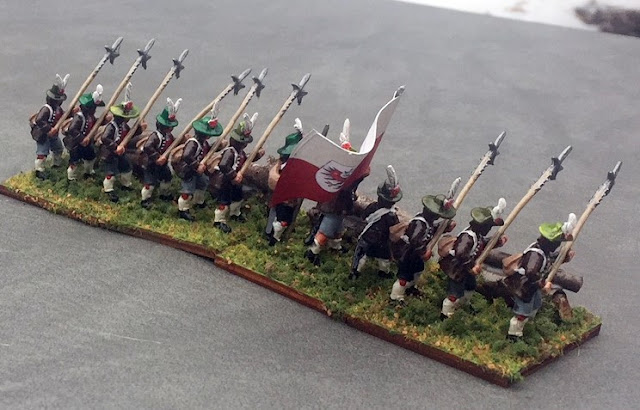 These great figures are 28 mm Eureka, and are provided with an assortment of polearms.
Freiherr Johann's unit is equipped with Halberds. 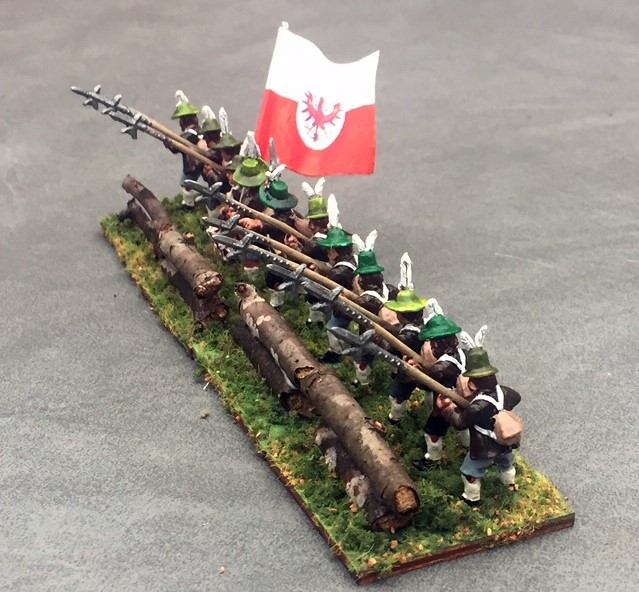 They have cut off the alpine passes and are attempting to entrap their Bavarian and French foes.

Modern day flag of the Tirol province of Austria.