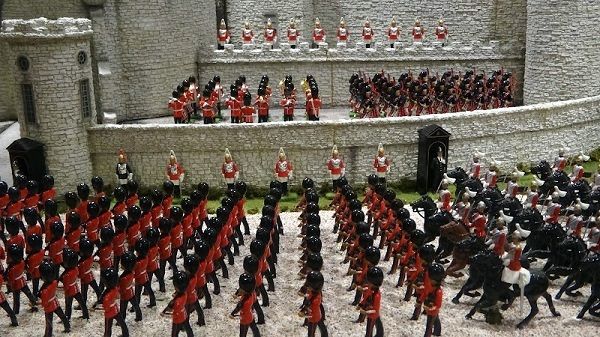 Goals were:
Finish the Napoleonic Spanish by Historicon - done!
Maybe start the Tyrolese Rebels - not only started,  all but done!
Make a dent in the Macedonian and Great Italian Wars lead pile - no progress whatsoever

I also added to my Punic Wars forces, plus 2 units of  Highlanders and 1 of Nassauers - both also mentioned in the 2018 planning post. .
Avoid starting any New Projects - done

2nd Quarter - 1
Talavera Campaign in a Day at The Portal, with Snappy Nappy

3rd Quarter  - 6
Talavera Playtest with Jared, Mike, and John (FoB2),
HISTORICON: Talavera Campaign in a Day with Snappy Nappy, Battle of Talavera with FoB2, Battle of Geronium with TtS!, Assisted with Two of Tim's Jacobite Games

Failed to complete the Lannes campaign (still 2 battles to go), and my schedule didn't allow me to run a game at HAVOC in 2018


Blogging:
There were 87 posts in 2018, down from most of the past 5 years (all time high is 100), but still averaging a little less than one post every 4 days. For what little it is worth in the bot era, page views should exceed 1 Million in the 1st quarter of 2019.

Rules:
No new projects undertaken, no new rules sets tried. Several new sets acquired, though.
Posted by Gonsalvo at 11:33 AM