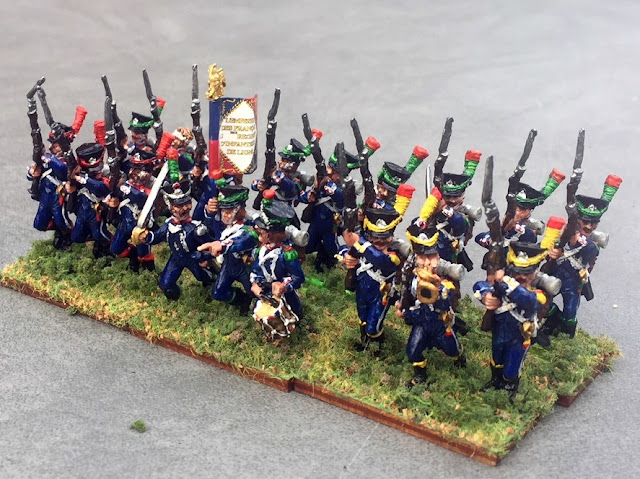 This newly painted regiment of Old Glory figures was needed to complete my 8th French "Division, each composed of 4 Line and 1 Light Infantry "Regiments". 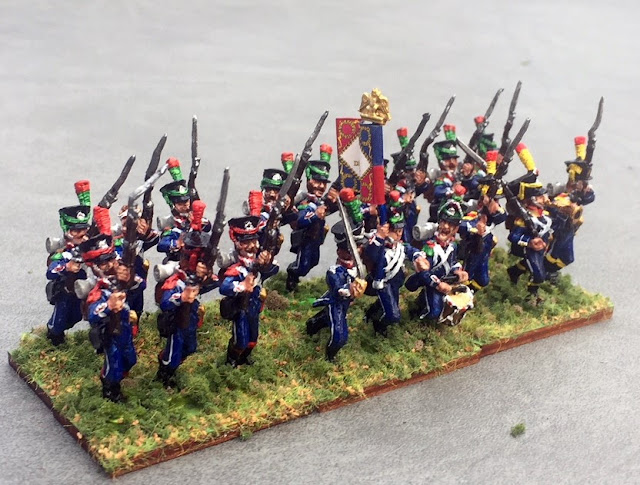 The Legere, especially in the early years, often emulated Light Cavalry dress. I have tried to paint almost all the little details of their elegant uniform... the white piping on the red collars and the blue cuffs, the red cuff flaps with pewter buttons, the piping often worn on the seam of the pants, etc. 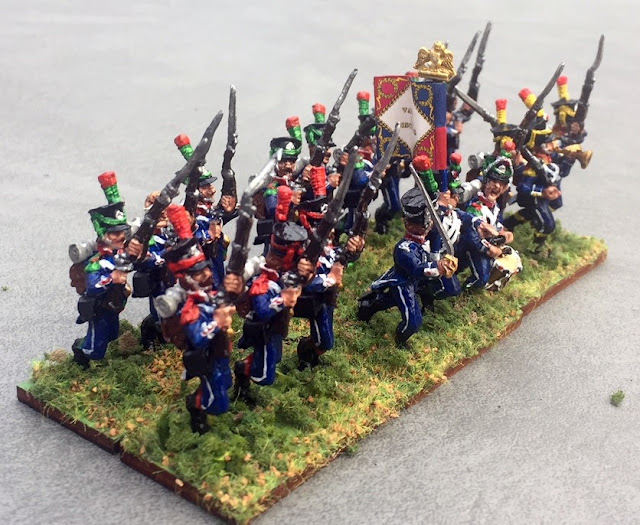 The Legere are fun to paint because of the many details of their dress that might vary from regiment to regiment, particularly for the Chasseur and Voltigeur companies. I have this regiment's Voltigeurs with red over yellow plumes, yellow epaulets with red "crescents", yellow shako cords, and chamois collars piped red. 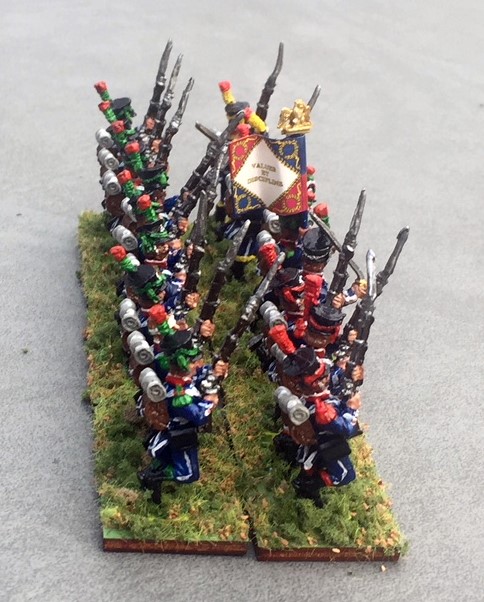 The Chasseur companies of this outfit have red over green plumes, green epaulets with red crescents, and green shako cords (and green lace on the top of the boots). 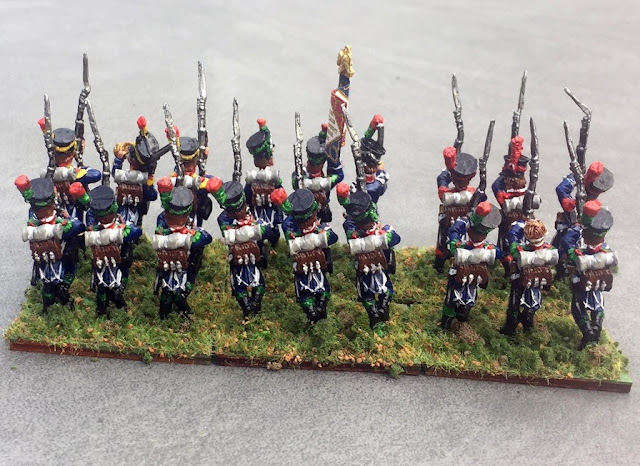 This regiment was raised during the Consulate, in 1803, and it is the first that I have painted in the side plumed shakos often worn by the Legere regiment in the early years of the Empire. 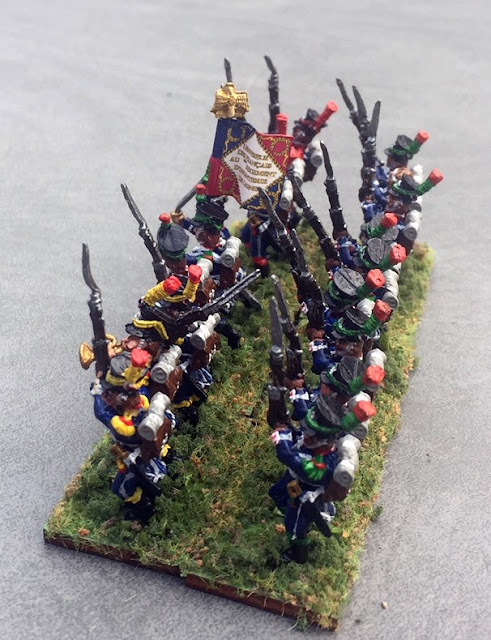 I have used highlighting to bring out the fringes of the Epaulets on the chasseurs and carabiniers... bright green and orange, respectively, and the same for the plumes.  The flag is an old Signifer production... the flag sheet says "copyright 1992"! 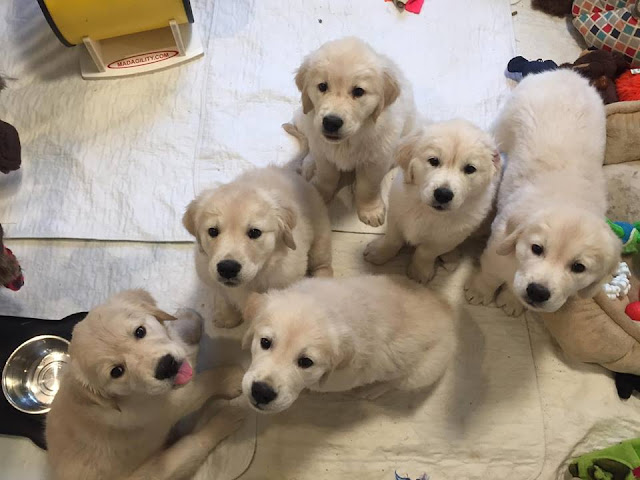 The puppies a week ago, at age 8 1/2 weeks. All but two have gone to their new homes now (the four boys), while the two girls will stay with us, one of them belonging to my daughter the newly minted Veterinarian, and the other to us.