Rather overdue, here is the entire Tyrolese Militia collection laid out for review.

All told, there are 6 Landsturm units of 12 each, and 9 Schutzen units of 8 each. 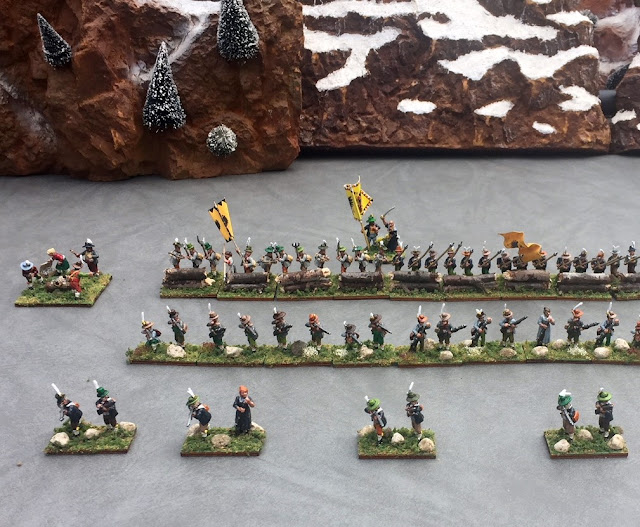 The "Black" Brigade, lead by Haspinger, with the wooden gun in support. 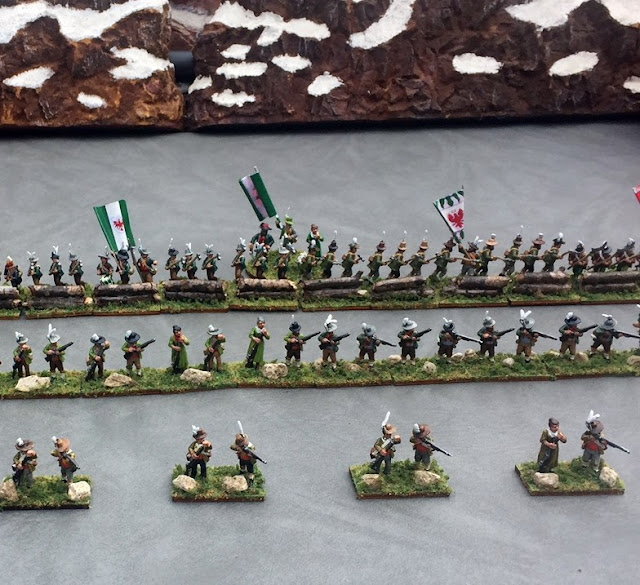 The "Green" Brigade, lead by Hofer himself. 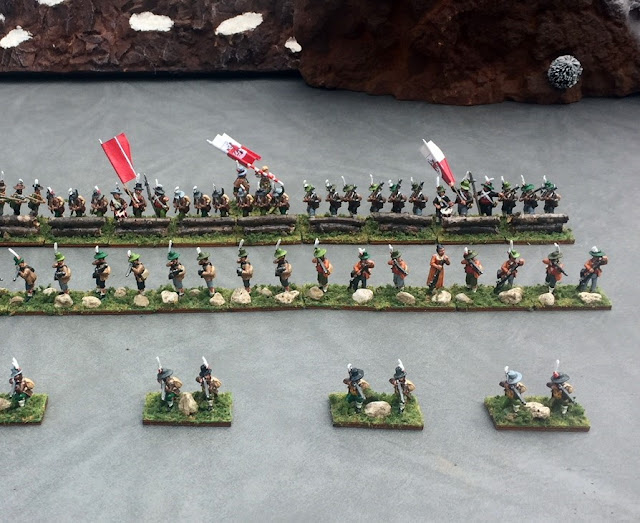 The "Brown" Brigade, lead by Speckbacher. 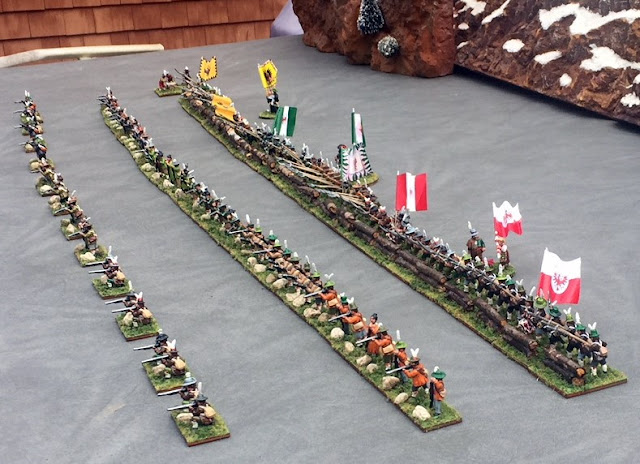 In total,  there are 131 figures in the entire force. I need to flesh out and play test my "Wagon Train" style scenario this month. The other scenario, 2nd Berg Isel, is already written up and just needs a run through and fine tuning 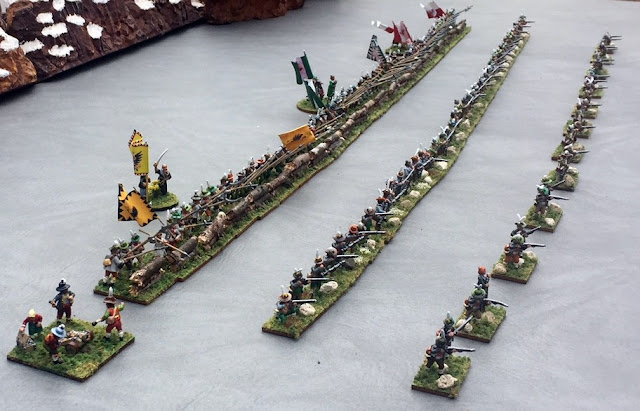 A bit of "culture"; an excerpt for the poem "Hofer", by William Wordsworth.


Hofer
Of mortal parents is the Hero born
By whom the undaunted Tyrolese are led?
Or is it Tell’s great Spirit, from the dead
Returned to animate an age forlorn?
He comes like Phoebus through the gates of morn
When dreary darkness is discomfited,
Yet mark his modest state! upon his head,
That simple crest, a heron’s plume, is worn.
O Liberty! they stagger at the shock
From van to rear – and with one mind would flee,
But half their host is buried: – rock on rock
Descends: – beneath this godlike Warrior, see!
Hills, torrents, woods, embodied to bemock
The Tyrant, and confound his cruelty.

There are more of Wordsworth's Napoleonic sonnets at Napoleon.org 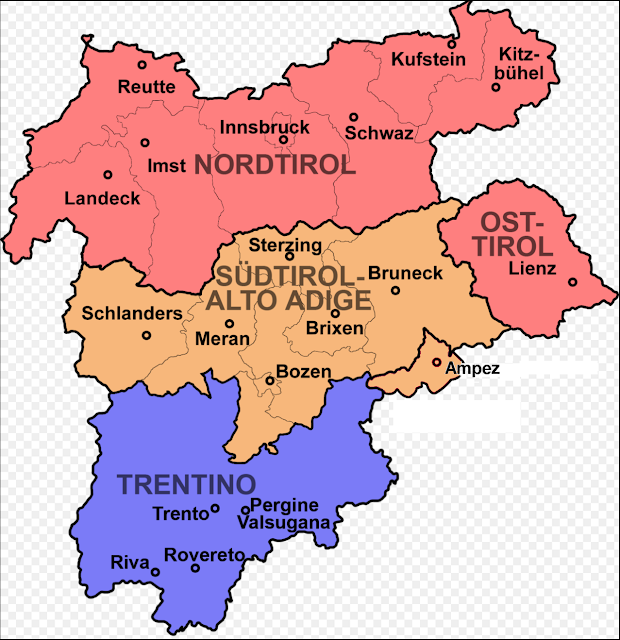 Ancient Tyrol is now divided between the provinces of  Nordtirol and Ost-tirol, in Austria, and the provinces of Sudtirol/Alto Adige and Trentino in Northern Italy. Many in Sudtirol feel they should be part of Austria instead of Italy.
Posted by Gonsalvo at 8:55 PM