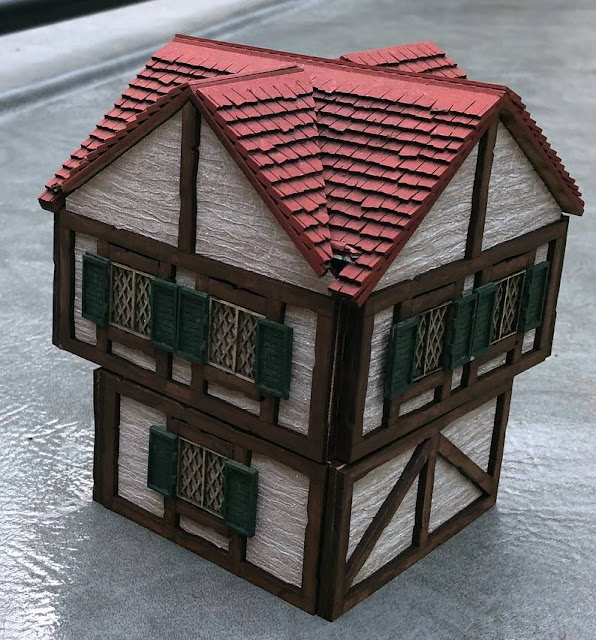 The Village Kickstarter pledge included not one but two "Corner Houses" like this one. 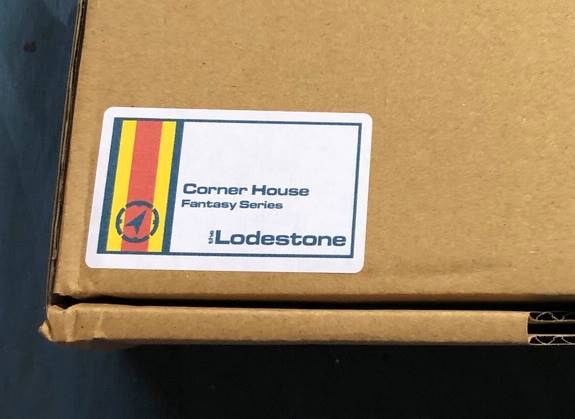 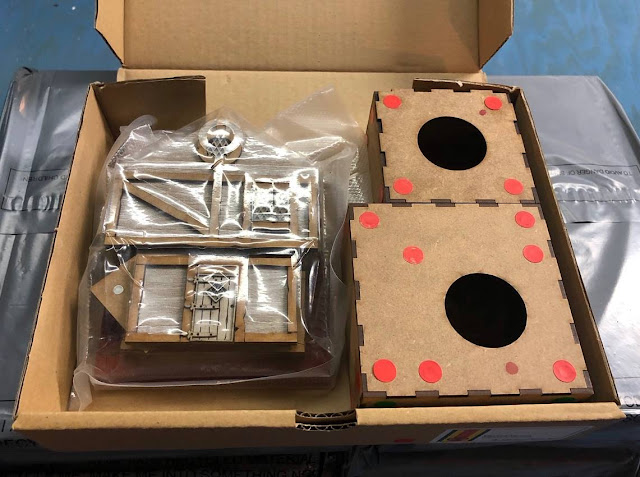 Box contents.. including a L:arge and Small basix Box to act as the basis of the structure. 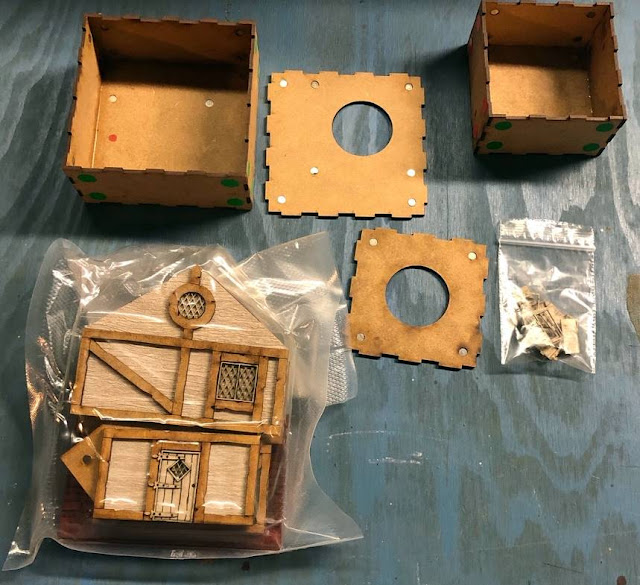 The contents removed from the box... 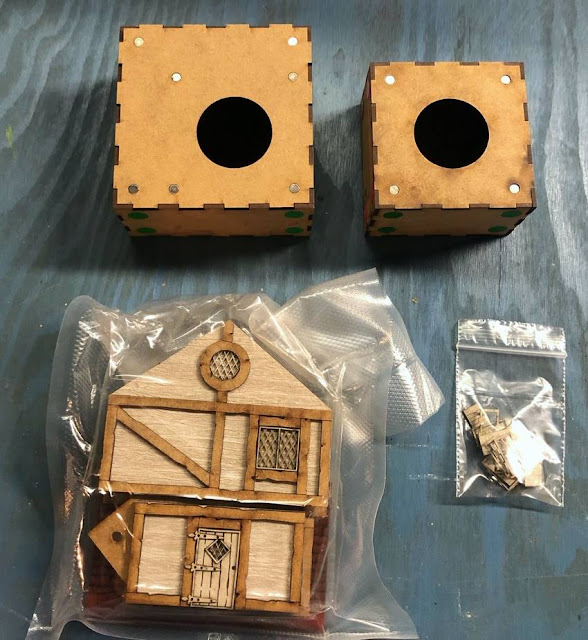 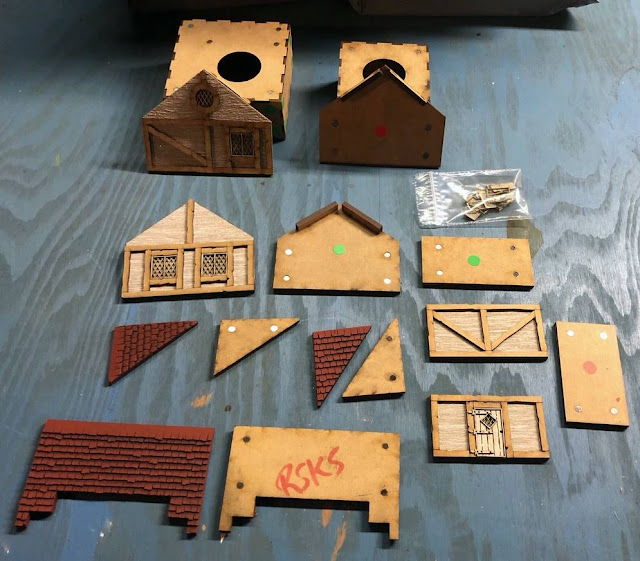 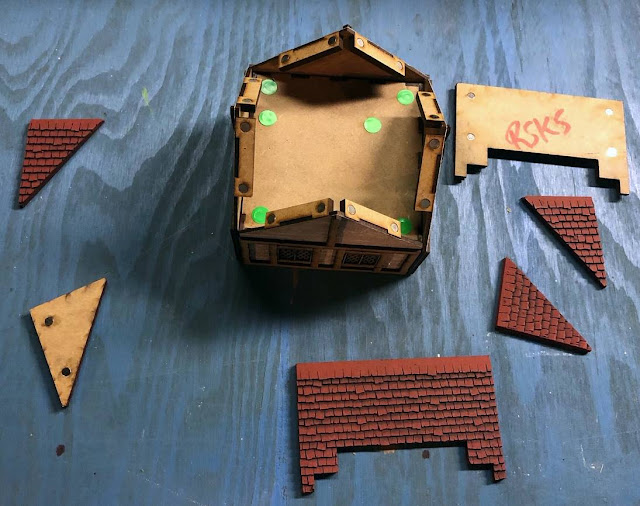 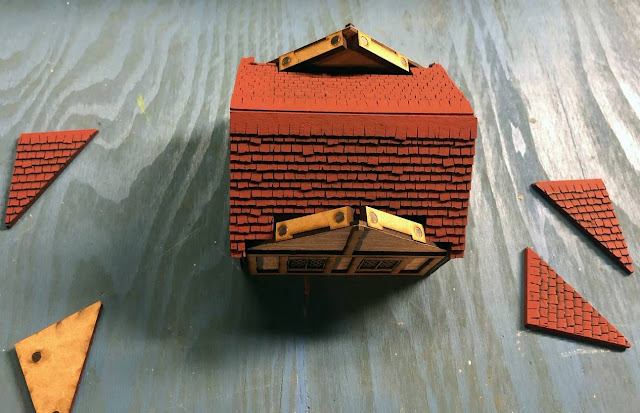 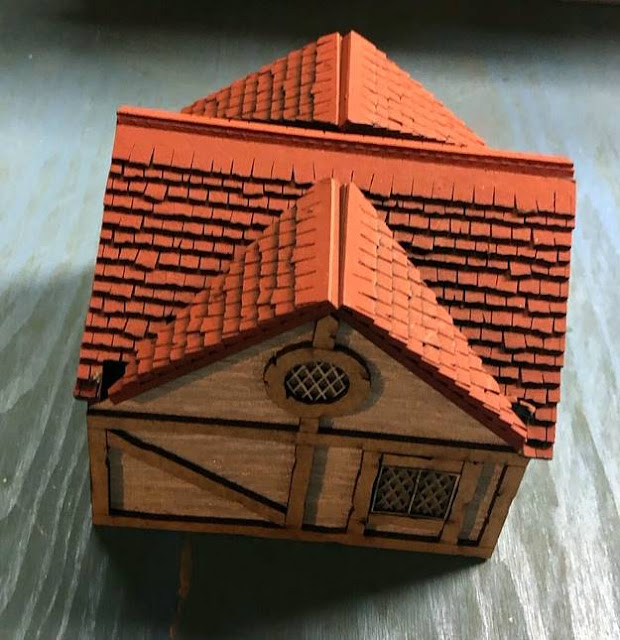 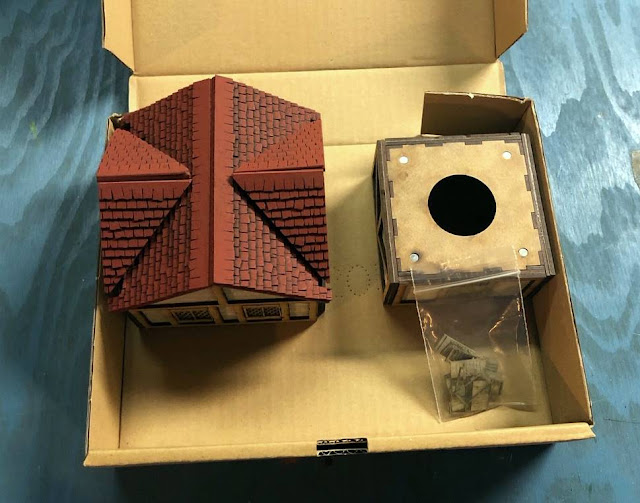 Upper and lo
wer sections with all "skins" attached. 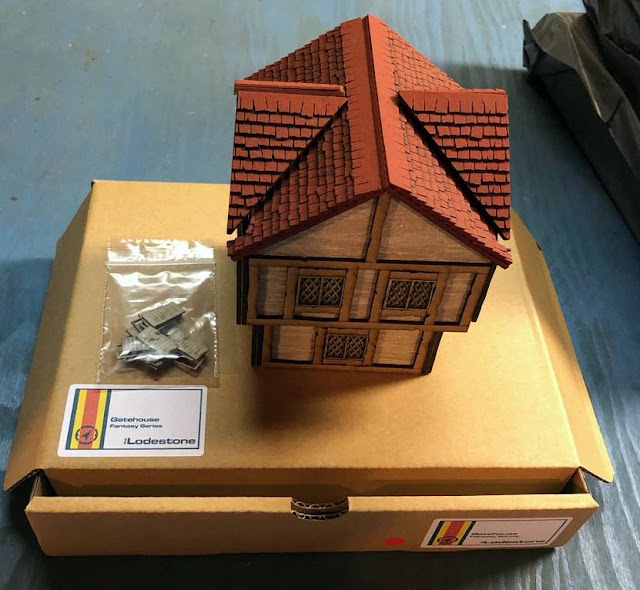 Fully assembled in a couple of minutes once again. 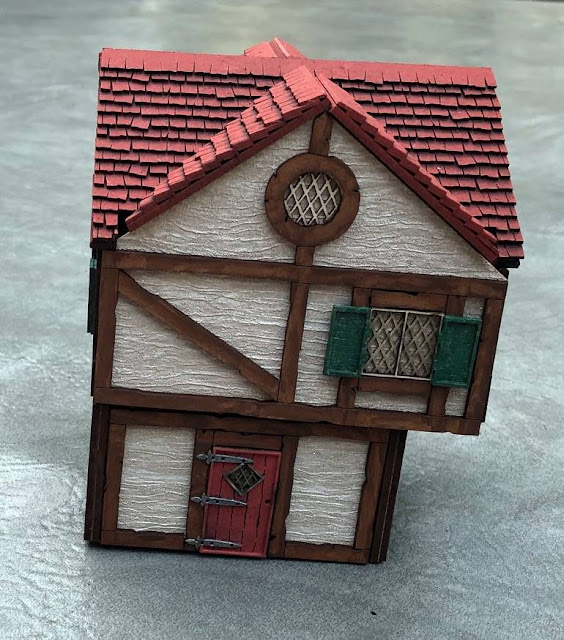 More shots of the final painted version of  Corner House "A". 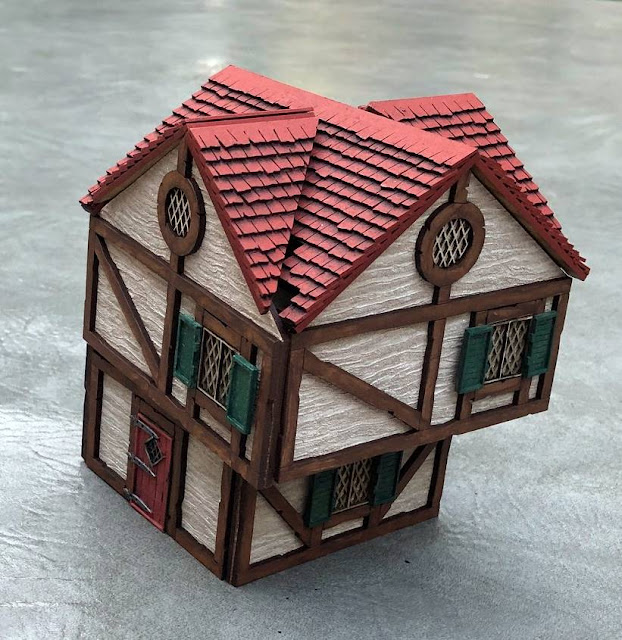 Great details once again, and adding the simple paint job makes them "pop". 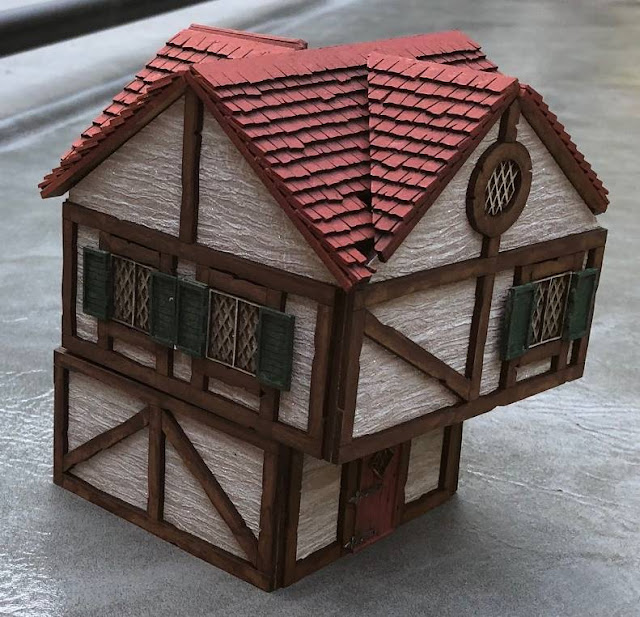 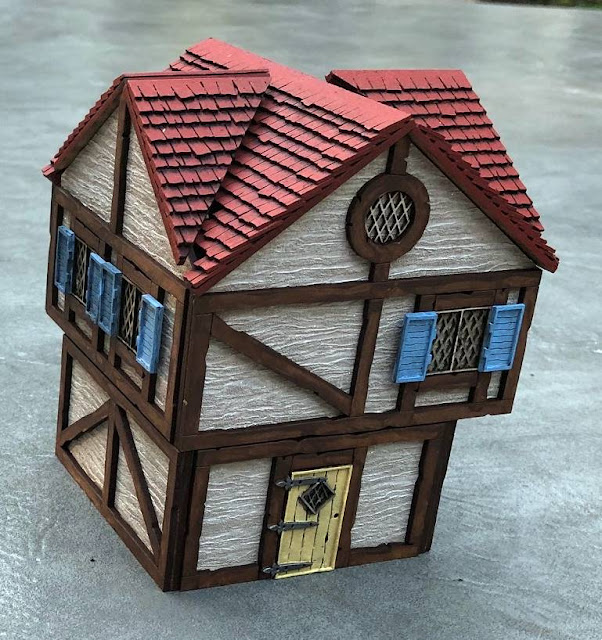 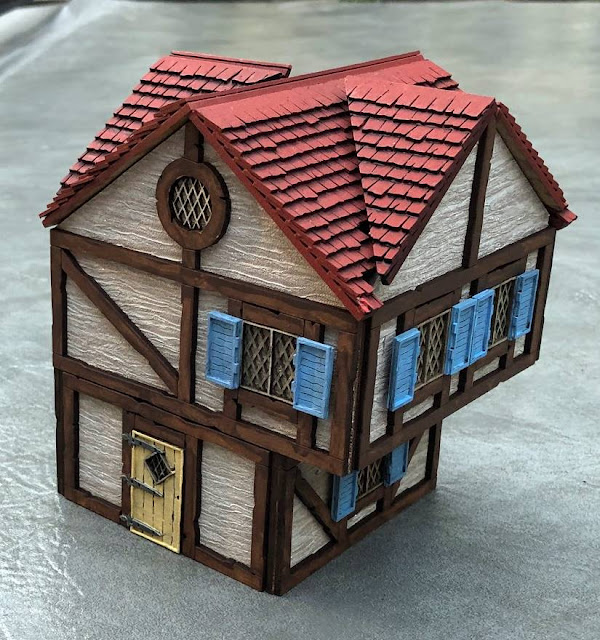 Just different colors on the shutters and doors, otherwise identical to House A. 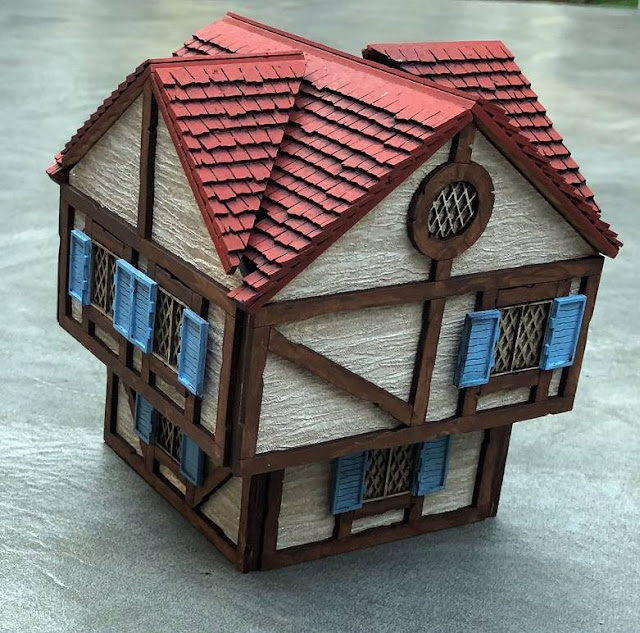 All ready for some miniature inhabitants!
Posted by Gonsalvo at 5:25 PM