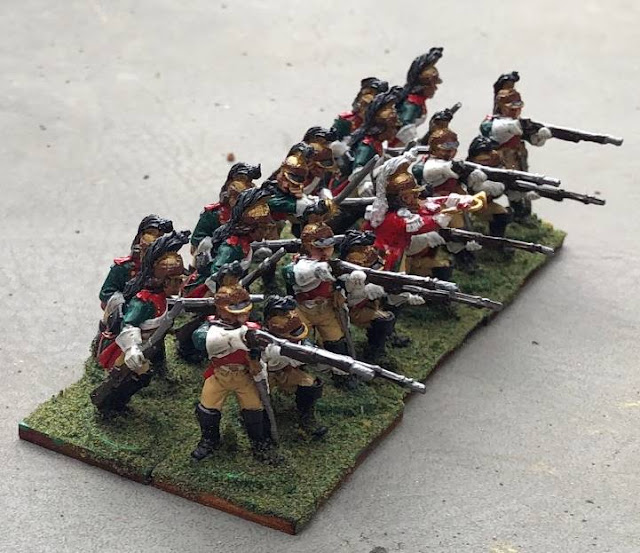 My original French Napoleonic Wargames army, mostly painted back when I was in High School, contained a unit of Dismounted Dragoons that I was quite fond of. Those figures were by Hinton Hunt. 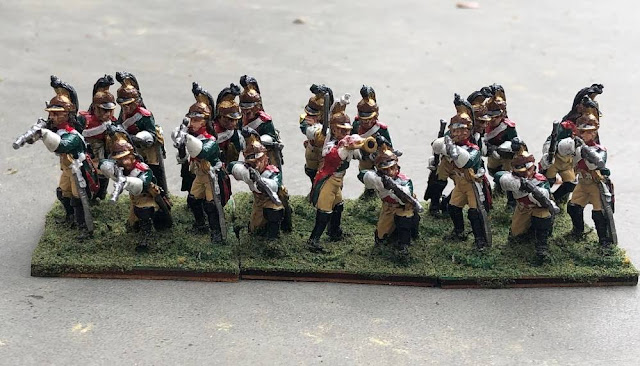 As my current French Army has grown to epic proportions, I can allow myself the indulgence of including some Dismounted Dragoons once again. 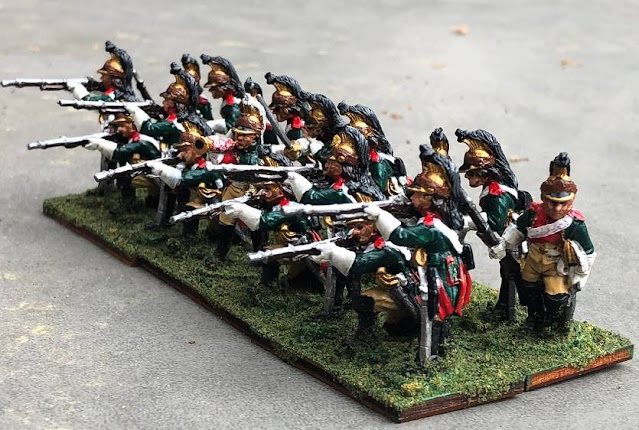 These fine figures are from Brigade Games, and were purchased a number of years ago at the same time as my French Gendarmes a Pied. 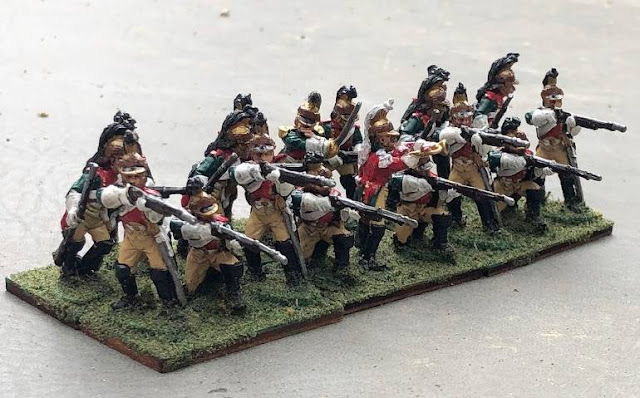 The scarlet facings mark them as belonging to one of the first 6 Dragoon regiments. 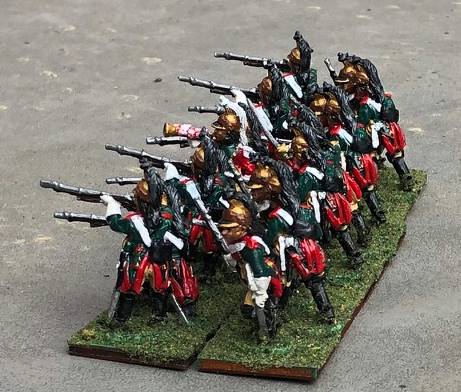 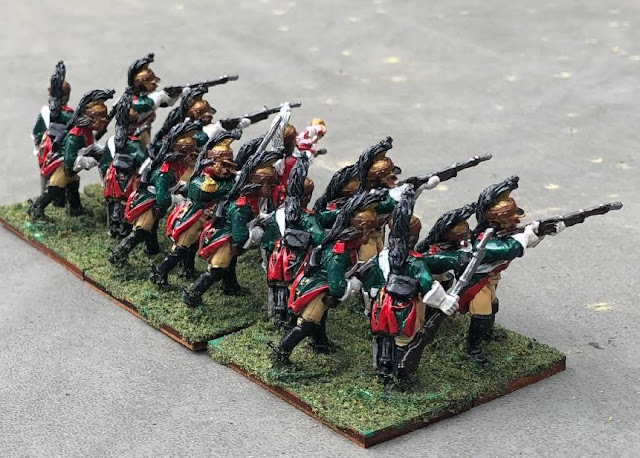 Due to alack of mounts, several regiments fought dismounted during the 1805 campaign. The Dragoons formed the bulk of the French cavalry in Spain, where their capacity to fount dismou8nted was often useful. As a result, the Dragoons were not destroyed in the 1812 Retreat from Moscow debacle, and were thus arguably the best of the French cavalry in 1813 - 1814.
Posted by Gonsalvo at 10:58 PM