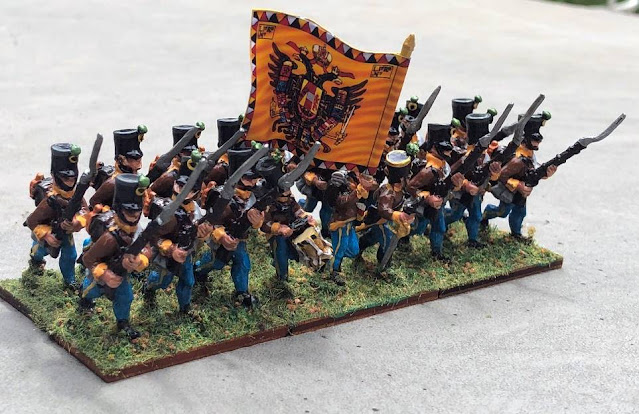 Part of the "300 Austrians", these are once again "old" Old Glory figures. 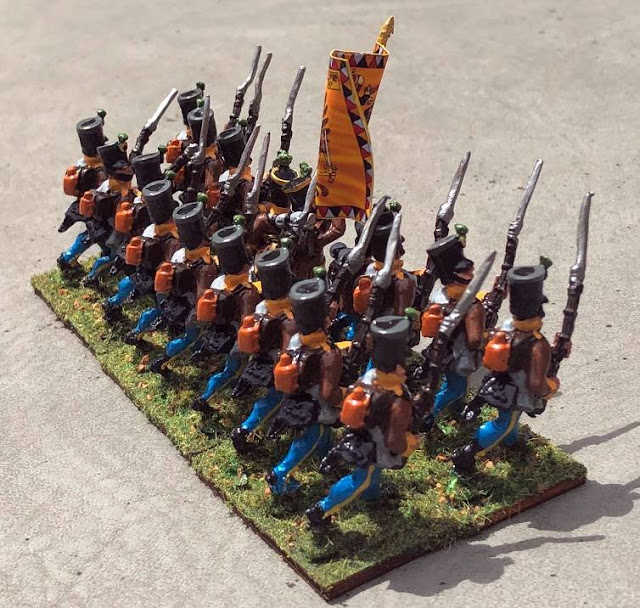 Grenzer Regiment # was recruited in the Northwestern part of the Karlstadt region of Croatia. It was first raised in 1746. 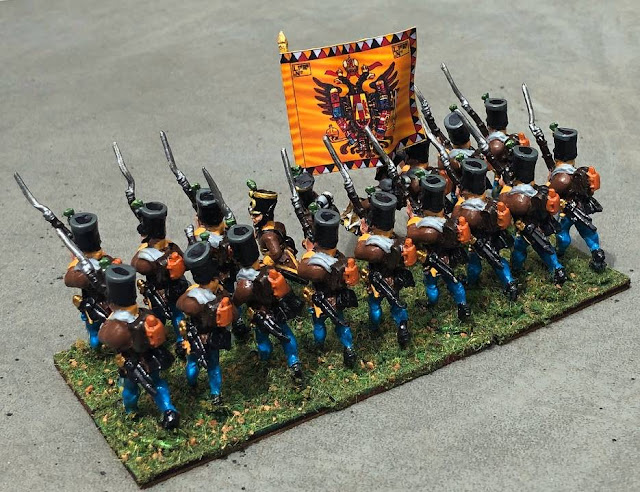 "Grenzer" is of course already plural in German, meaning essentially, "Borderers", men living and fighting on the border of the Hapsburg and Ottoman lands . 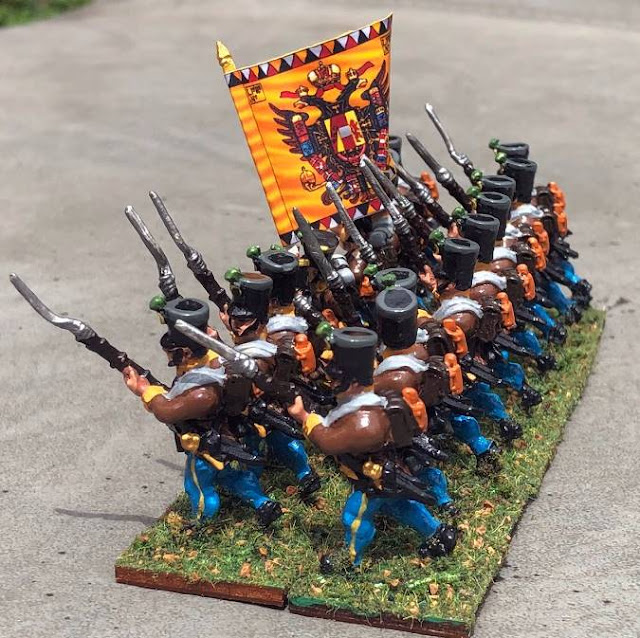 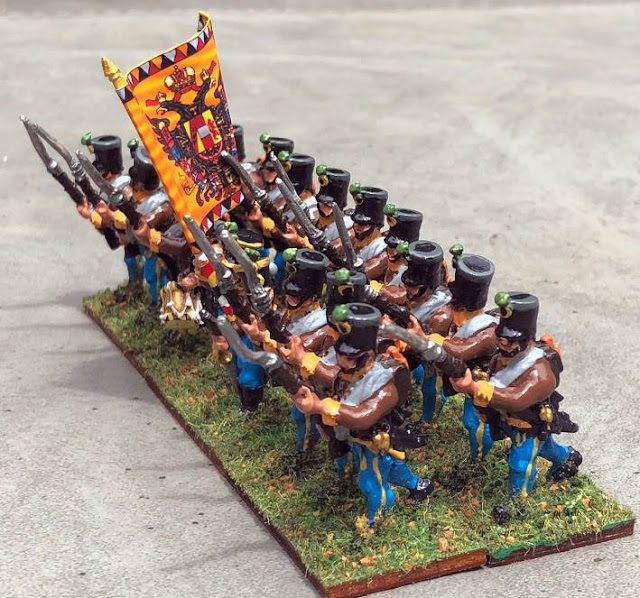 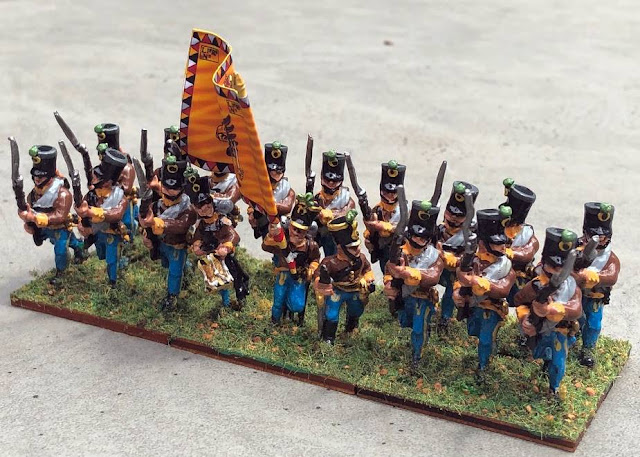 The Ogulin regiment fought at the Piave, St. Michele, Tarvis, and was present at Raab. The III battalion fought at Gospic.
Posted by Gonsalvo at 9:08 PM