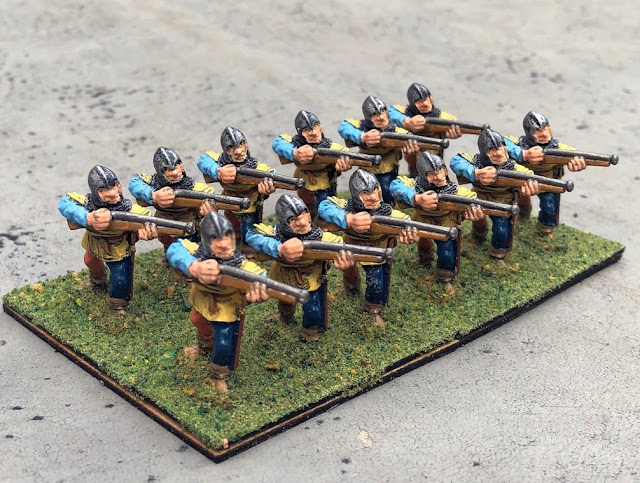 Along with the Hittite and other biblical figures that I purchased from the estate of my late freind, Bill McHugh, there was also a small contingent of Late Medieval troops. 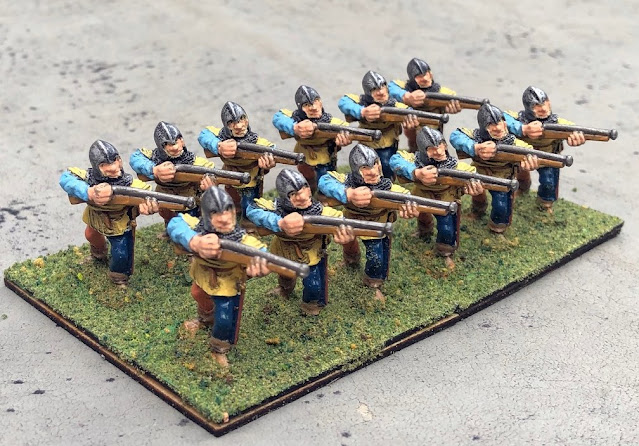 Although my collection includes some Late Medieval troops (most notably, my Hussites), I do also have a smattering of Perry metal  HYW English figures. 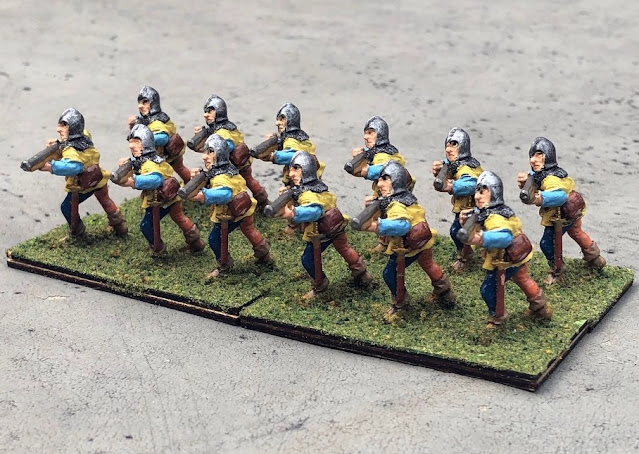 In planning for my Pavia game at Historicon next month, it became clear that I could use another unit or two of Arquebusiers. 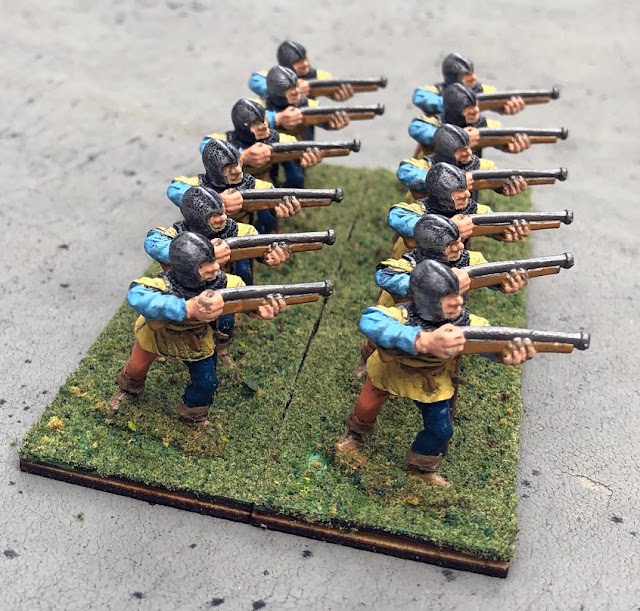 With Historicon only  about 6 weeks away, and with still more WotR figures to opaint by then, I recalled that I had these fellows from Bill's collection. 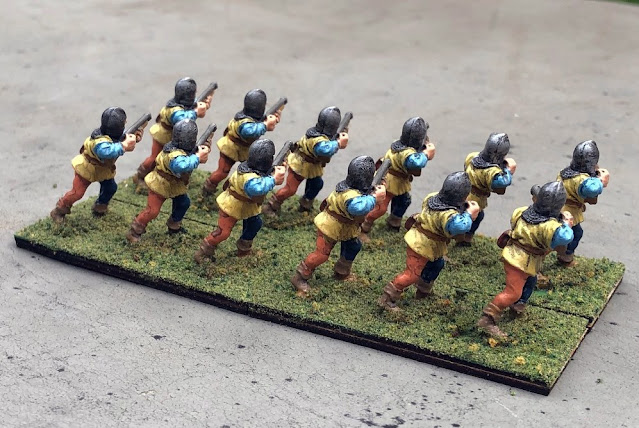 They needed only some minor touch up work, and some basing to be ready for action on the tabletop. 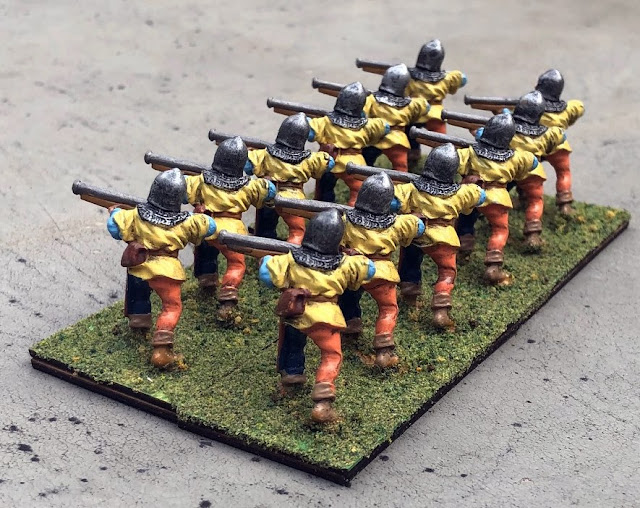 I do not know the manufacturer of these rather chunk figures 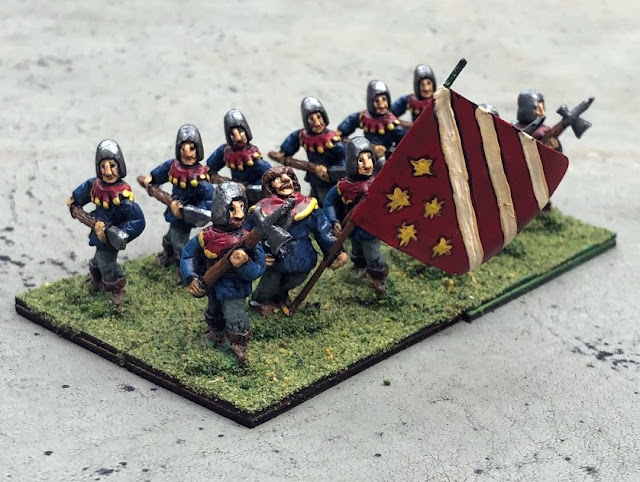 On the WotR side, despite the painting frenzy of the past 4 months, it was clear that some additional troops might be needed for the 5 WotR games Tim Couper and David Knight are planning to run at Historicon. 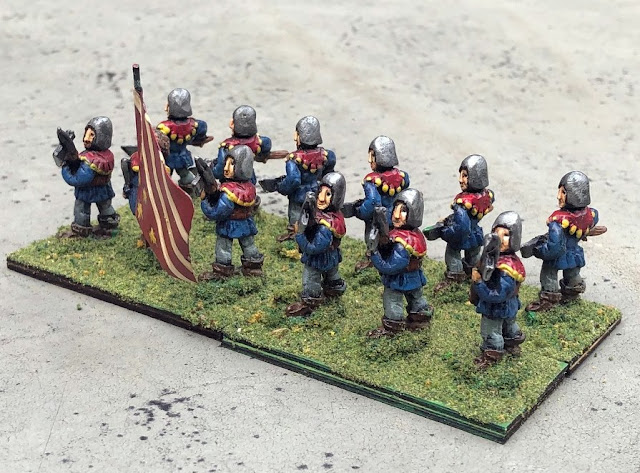 While not perfect, it seemed to me that these fellows coul;d certainly serve as WotR Billmen in a pinch. 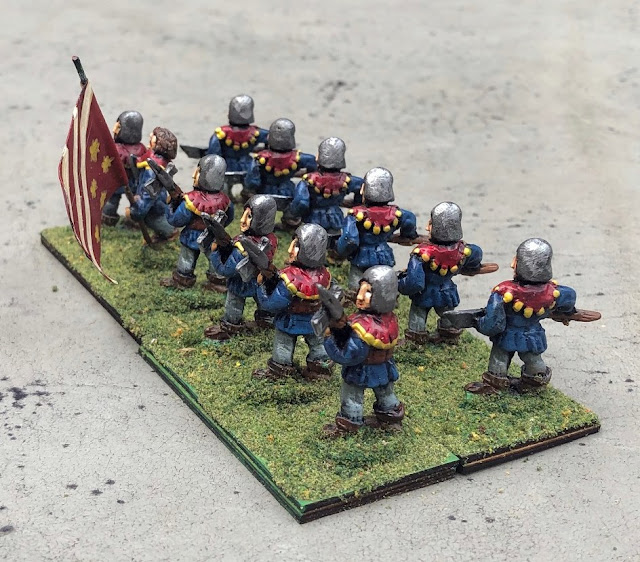 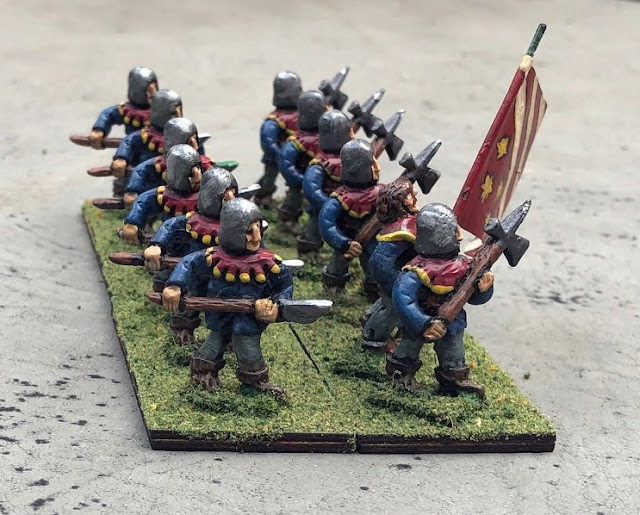 The proportions on these sculpts are clearly off a bit, but at tabletop distance that won't be too apparent. 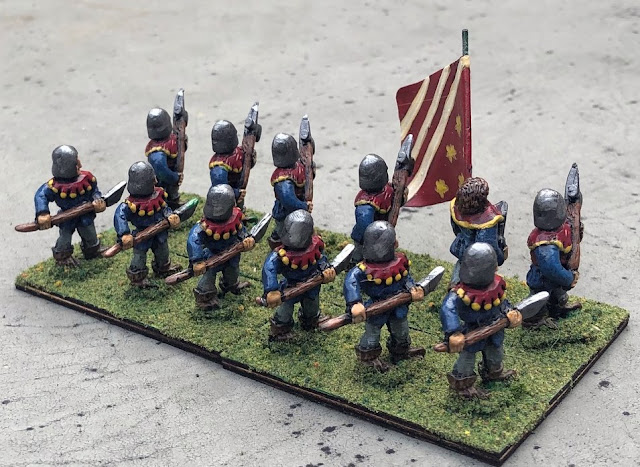 Once again,. some minor touch up basing was all it took for this unit to become battlefield ready!
Posted by Gonsalvo at 10:47 PM