We're now at the last installment of my English Civil War Parliamentary troops - the artillery. It seems to m,e that the artillery played a much greater role in sieges in the ECW than in the field, especially when compared to the Thirty Years War on the continent. Be that as it may, here are the Guns of Parliament... 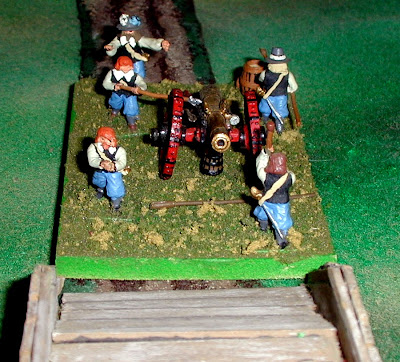 A heavy gun, served by five crew figures. Nice variety of poses in these old "new" 25mm Minifigs from the 1970's, I think. 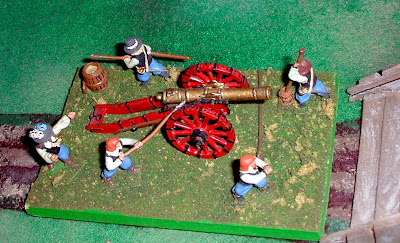 Another view of the heavy gun, which might be referred to as a Culverin. 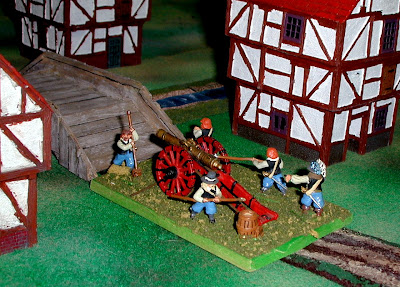 "You're gonna pay if you try to cross THIS bridge! 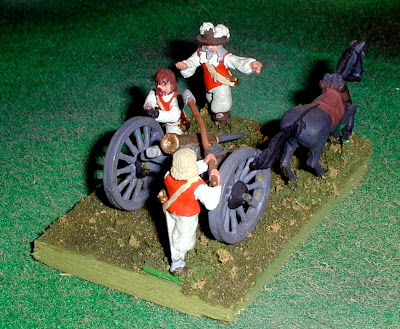 Here's a very light gun, with a carriage designed to be drawn by a single horse. 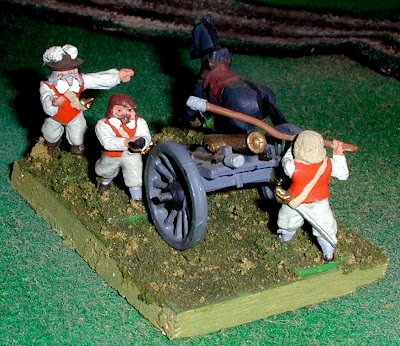 Hmm, forgot to paint the mouth of this Falconet black, didn't I? 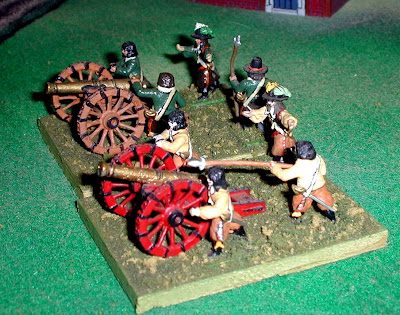 A pair of Medium guns supporting the Parliamentarian cause. 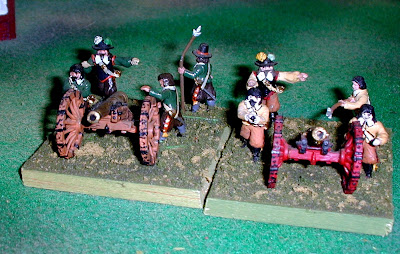 There was no set color for the gun carriages, with unpainted, grey, and dark red all being fairly commonly used on both sides. 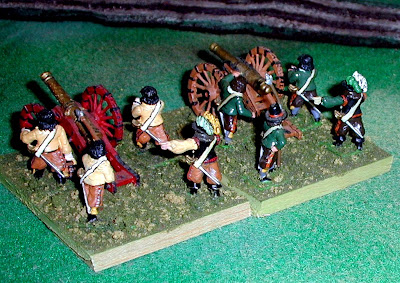 The crew of these Sakers are probably dressed both more uniformly and lavishly than would likely have been the case in reality. Still, I like my toys to put on a good show!

Well, it certainly has been an eclectic month here along the metaphorical Danube - Ancient Egyptians, Great Italian Wars, Pyrates, ECW, Napoleonics and Starships - pretty much covers from early recorded history and  into the future! Was someone rambling about focusing their collection more sharply?  Not here, it would appear, LOL! Perhaps next month I'll cover some materials related to our Napoleonic "Imaginations" campaign, where the forces of Czar Barry's nation have been wreaking havoc upon my once fair countryside.