This is the last in my series of posts covering my under-used ECW forces; I really must do something about getting them some tabletop time! The alloy pikes make these armies that I am reluctant to transport very often! However, they have pretty much accompanied me to every place I have lived since 1974! 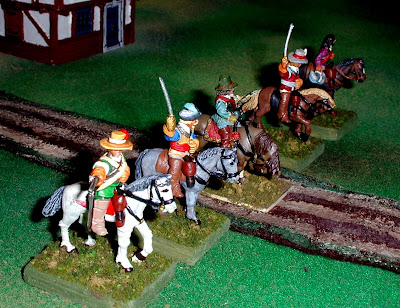 Royalist leaders; these large chaps were donated to me by Joe, IIRC. I should do a little black lining on them so that they match the style of the other figures. I believe they may be Dixon figures. 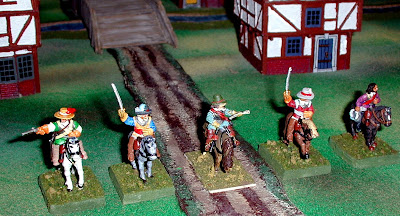 Quite a variety of styles and colors; some of the few figures not painted by me in my collection! 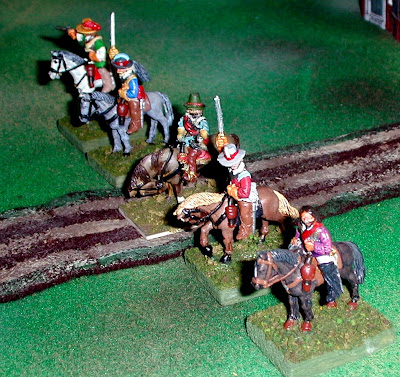 Another view I think the middle figure in the dark green hat may be the Hinchliffe version of King Charles II. 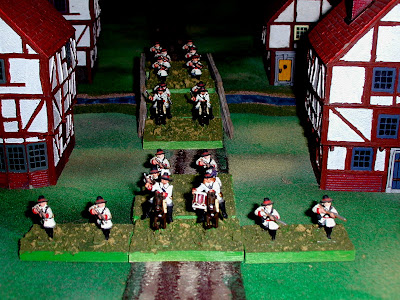 Some Minifigs Dragoons; almost certainly too smart looking with their large red "facing color" like cuffs, almost reminiscent of the later uniforms of the Sun King era. 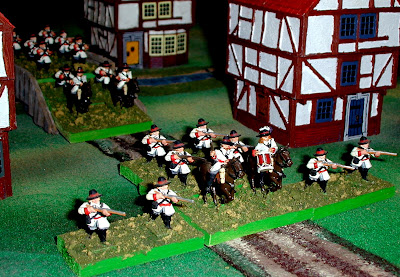 The mounted drummer is one of the nice special figures included in this quite extensive Minifigs line. This unit was painted as Colonel Woolaston's, known to have worn white coats (although probably a lot less "white" than these figures wear!) 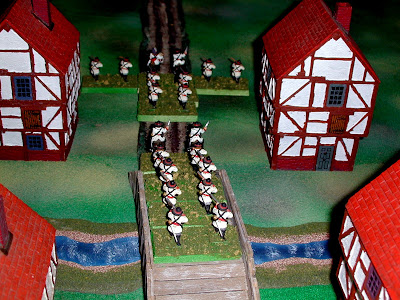 Rear view of the Dragoons deploying to hold a key bridge!  Evidently, in Europe (Thirty Year's War) there were even some Dragoon Pikemen for a brief time, but as far as I can tell, there is no reliable evidence that  this was ever the case during the English Civil War. 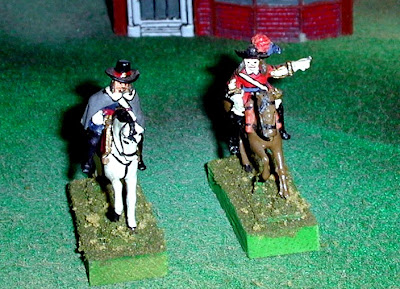 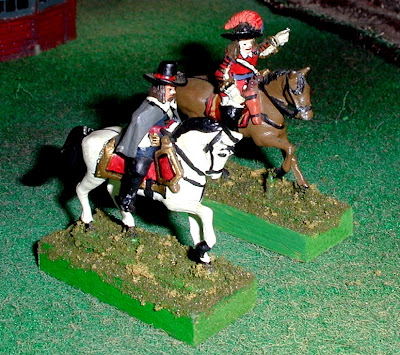 Another view of His Majesty and the Prince, conversing as they ride off into the pages of history!
Posted by Gonsalvo at 10:18 PM