Galley with me a while longer

I thought I'd wrap up this series by putting all the ships on the table> I plan to run a game(s) with them at Historicon this July, and need to do a major revamp of the rules I use before that, but that's a project for 2016. I am strongly favoring an adaption of To The Strongest, at least for the movement portion of the game if not the combat. To the Saltiest? 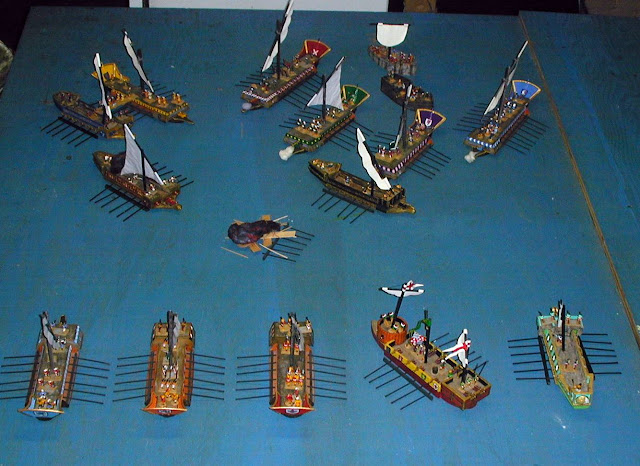 Anyway, here's the whole collection set out on the table. 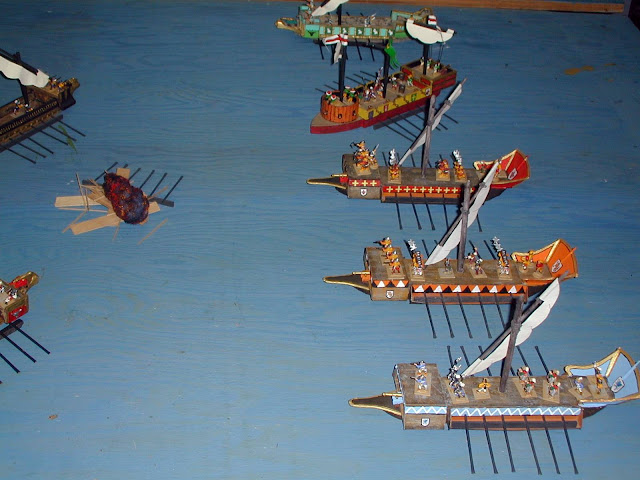 The pile of deris represents a destroyed ship! 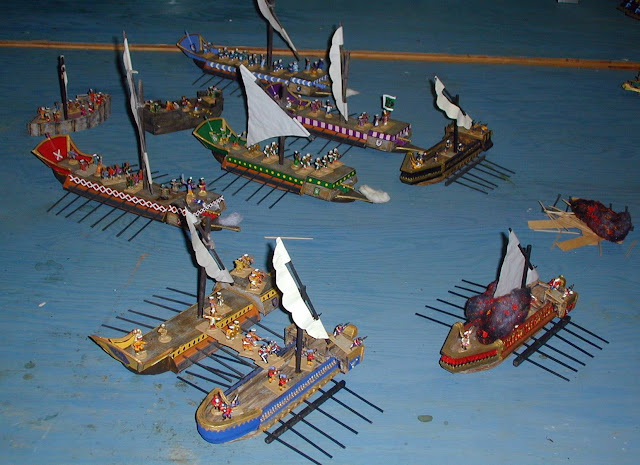 Another ship is "on fire" - very dangerous! 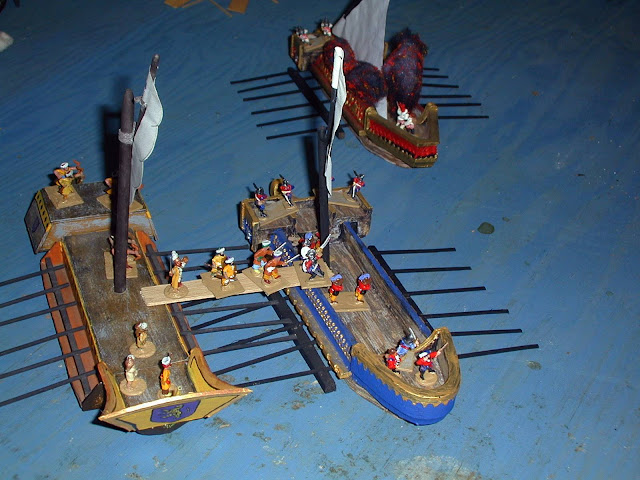 This is how we show a Boarding action - a new meaning to "walking the plank!" 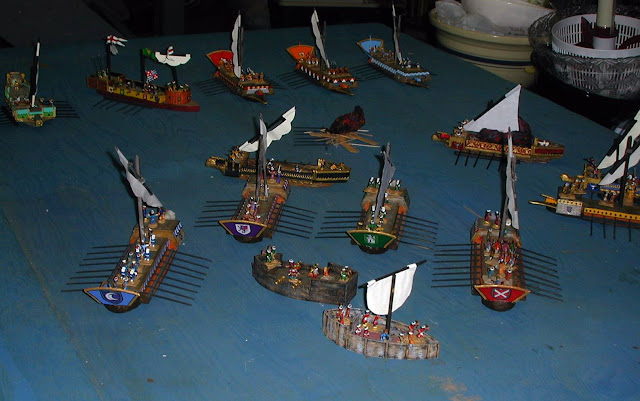 The Cog and Nef are trying to stay out of the fray. 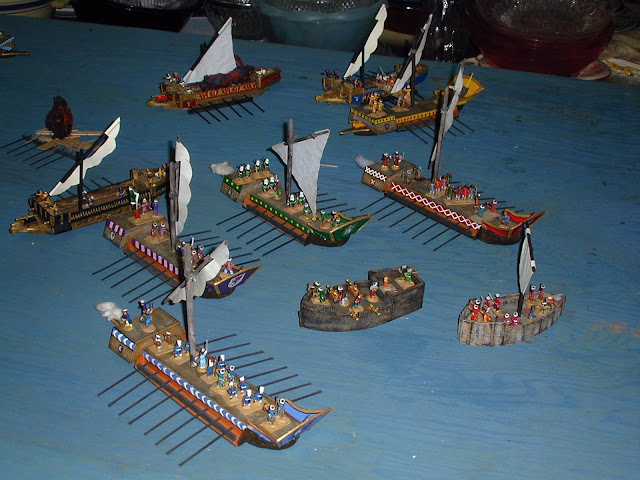 They do at least have a strong escort. 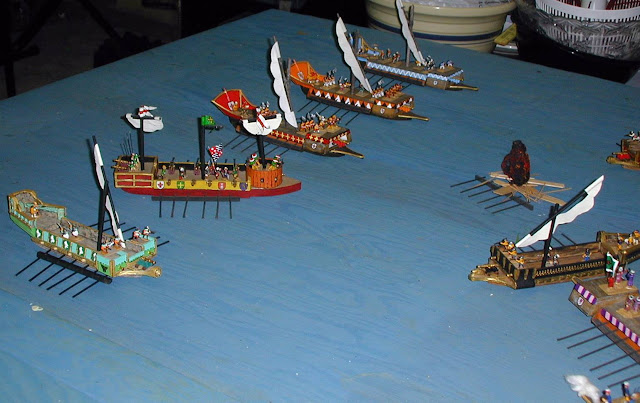 The Galleas looks to get its guns in action. 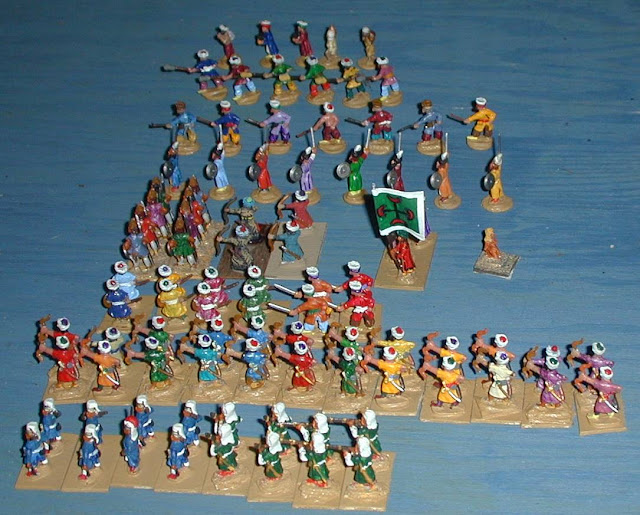 I've never actually done a count of all the crew figures I have, so I laid them all out by type. 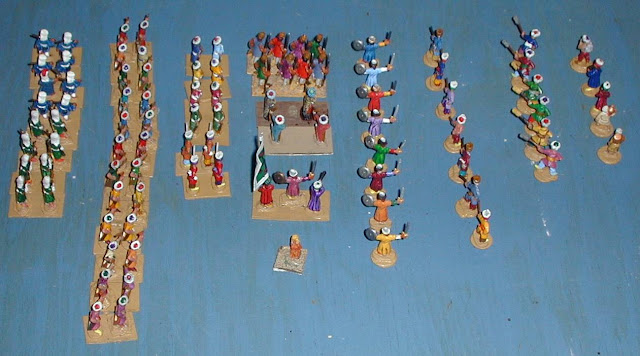 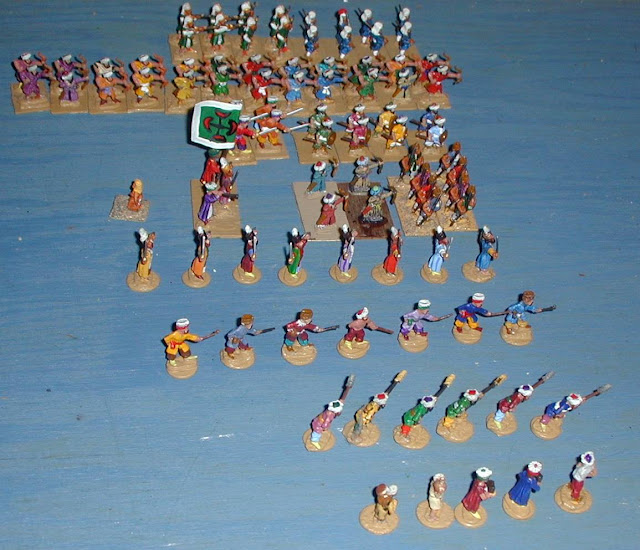 6 stands of Swordsmen, 2 stands of Spearmen, 2 more stands of archers with different style basing and painting - probably need to be redone, Admiral stand and slave girl (!) 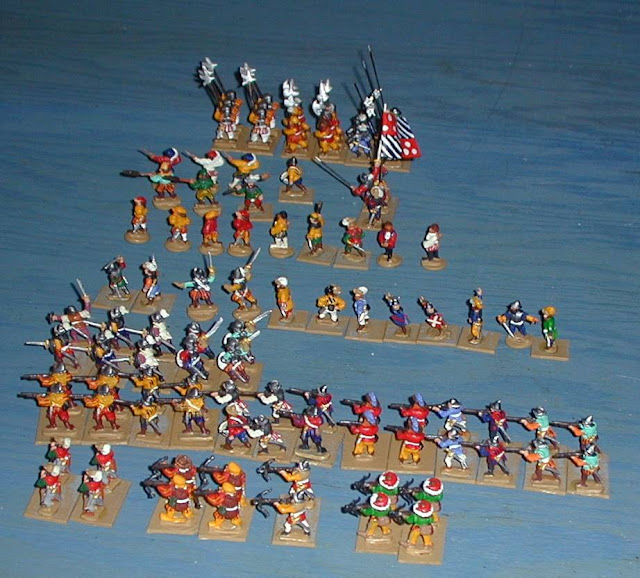 Similarly, here are the all of the Christian" forces laid out. 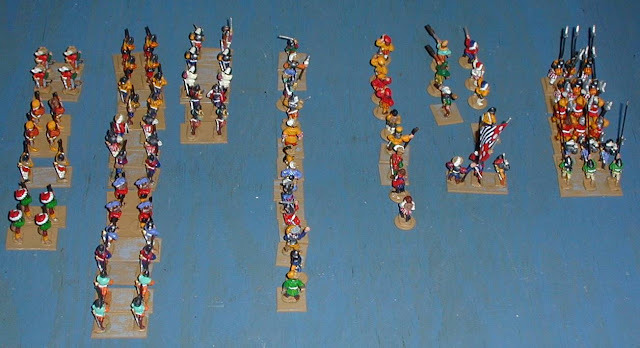 8 stands of Crossbowmen, 13 stands of Arquebusiers 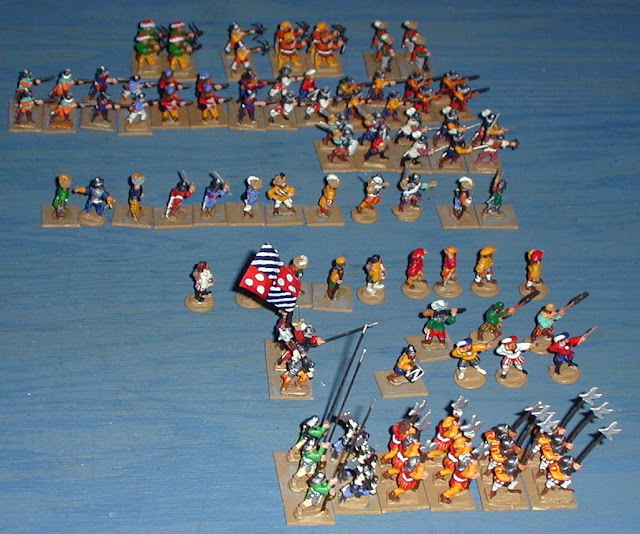 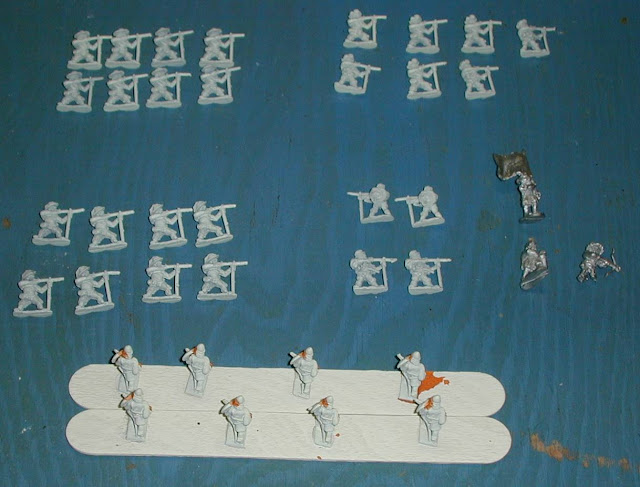 As you can see, I still have a few more 15mm figures I could add to the "Christian" forces. 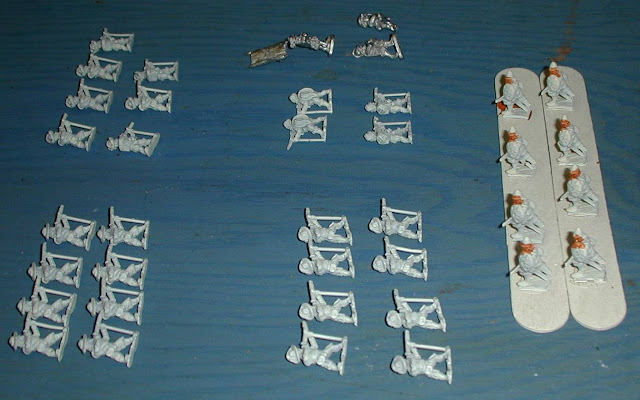 Looks to be about 27 Arquebusiers, 8 Swordsmen, 2 Crossbowmen, and a standard bearer. I think I will need some additional "crew" figures (usually drafted from Artillery Crew packs). We'll see once I figure out the more or less final form of the rules.

Email ThisBlogThis!Share to TwitterShare to FacebookShare to Pinterest
Labels: Naval, No Heaven for Cowards, Renaissance