In September, 1419, things were coming rapidly to a head in Prague. Continued hilltop assemblies and sermons lead to the more radical and largely rural Taborite faction of the Hussites, to which Jan Ziska belonged, calling for immediate action, including the election of a Hussite bishop. the more conservative, and largely urban Calixtine faction, which still professed allegiance to Rome, recognized that such an act would cause a definitive schism with the Catholic Church and opposed such a move. The Taborites, as they were exposed to the richness of the churches and associated furnishing of the famously beautiful churches and monasteries in Prague, became shocked and offended by what they perceived as unwarranted opulence and excesses. They believed in a return to the simple ways of the early days of the Christian Church, and even destroyed several paintings and statues in Prague. The third faction, the more moderate Ultraquists, were appalled by these acts of apparent barbarism on the part of the Taborites.

In November 1419, a large meeting of the various Hussite factions to attempt to come to a consensus on the many points of dissension was planned in Prague. In response Queen Sofia, and the regent, Cenek forbade any such meetings. Cenek took steps to hire German mercenaries, reinforce the garrison of Hradcady castle in Prague, and fortify other strategic sites, with an aim towards isolating the New Town of Prague, the heart of Hussite faction in the city, from communication, supplies, and reinforcements from the countryside. recognizing the effect such isolation would have, on October 25 1419 Ziska directed a contingent of the New Town Militia to the Vysehrad castle, where the small garrison was largely sympathetic to the Hussite cause, and turned it over to Ziska without resistance, thus counterbalancing the positions of the Royalist faction.

As the November 10 date of the planned meeting grew ever closer, both sides made ready for a confrontation, with Hussite forces marching to the city. One band of pilgrims was ambushed by the much larger forces of Peter of Sternberg, a Catholic noble in the pay of Sigismund. The pilgrims suffered many casualties, and many more were taken prisoner, and were tortured and killed. News of these atrocities incensed all of the Hussite factions, unifying them in opposition to Sigismund and the Royalists... at least for the time being. Fierce battles took place in Prague, with the Hussite faction expelling the Royalists from the New town, and establishing control over the key crossings of the Vlatava river; Royalist efforts to retake the town were repulsed by Hussite forces. However, moderate forces on both sides were attempting to prevent a blood bath in the city,. resulting in a truce and then an Armistice in mid November, 1419, which was to last until April 1420. The Hussites were guaranteed freedom of Hussite worship, and in return agreed to prevent attacks on Catholic buildings, clergy, and monuments. It was a reasonable compromise, except that the Royalists also insisted on return of control of the Vysehrad castle to their control. This was granted with surprisingly little objection by the Hussites. It was a serious mistake, and Ziska protested loudly. When his warnings were ignored, Ziska left Prague for the city opf Pilsen, which was becoming a stronghold of the Hussite movement.

Pilsen controlled all the major routes to Bavaria and Franconia, and thus was well suited as bulwark of the Hussite movement. He was soon appointed to command the Pilsener militia. Not long afterwards, Ziska lead a sortie against Royalist forces nearby under Bohuslav of Schwaneberg. Bohuslav planned to trap Ziska at the  fort of Nekmer, which lay nearby. Outnumbering the Hussites by a large amount, Bohuslav attacked. whereupon encountered 7 gun wagons.  The unaccustomed noise and smoke of the guns panicked Bohuslav's men and horses, and their attack was defeated with heavy losses. This skirmish was the first definite recorded use of War Wagons by Ziska's forces. 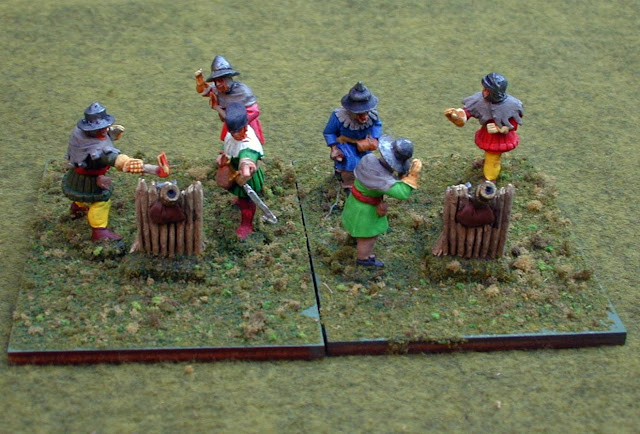 The Husites certainly didn't invent gunpowder weapons, but they were perhaps the first to make truly effective use of them on a consistent and deliberate basis. 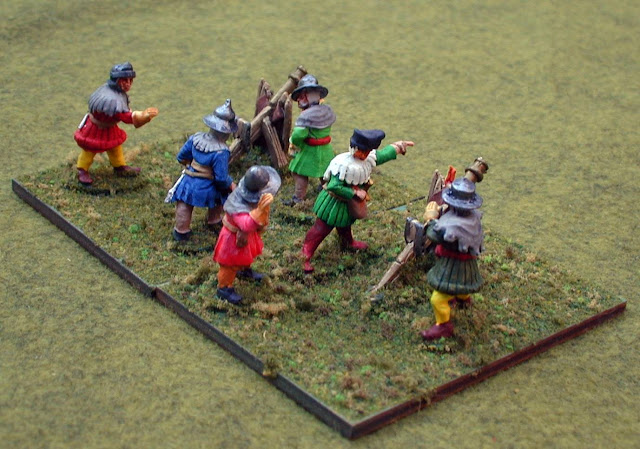 These "Palisade Guns" were used in the gaps between War Wagons, or in fortified camps. 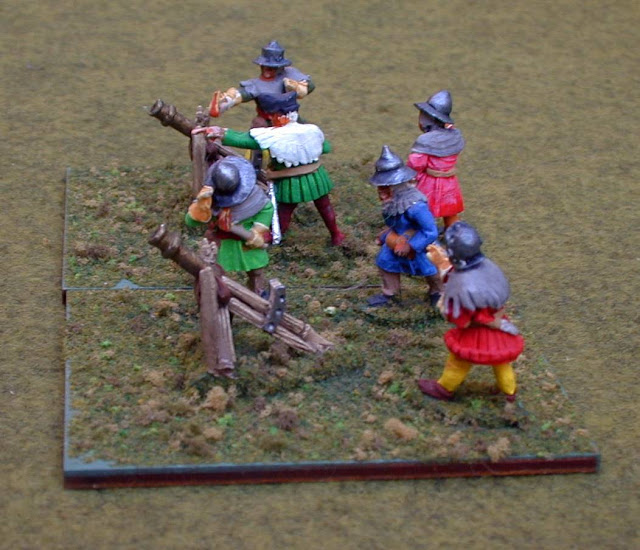 Somewhat heavier than the one man hand guns, they packed more destructive energy. 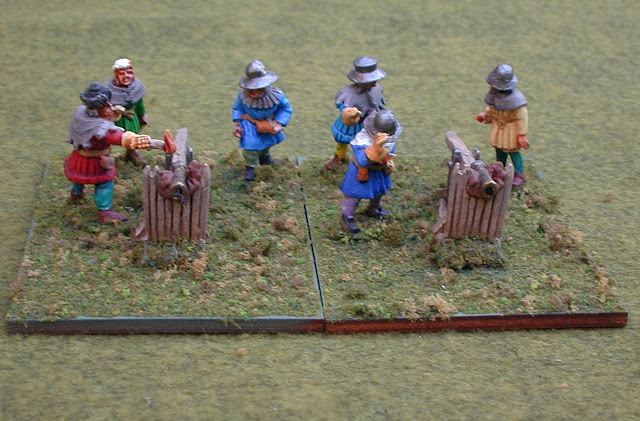 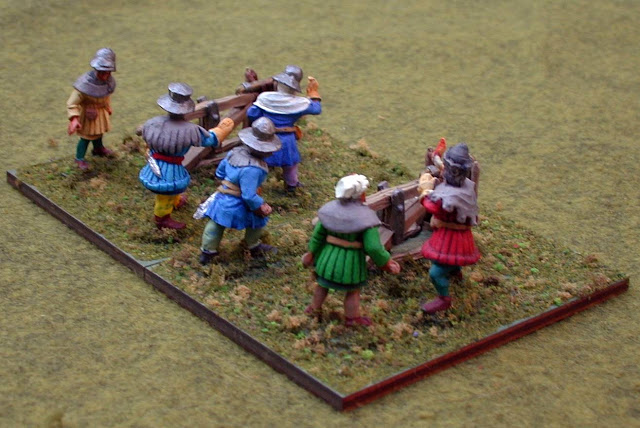 In addition to these weapons, the Hussites had wagon mounted guns (which we will come to later)./ 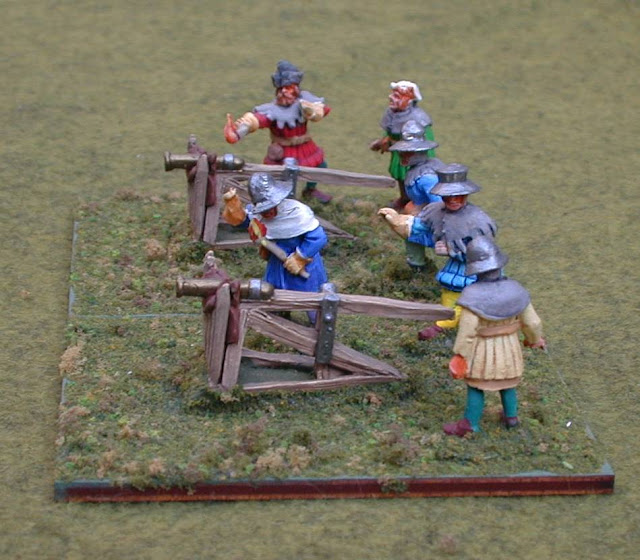 They also used much heavier guns on primitive carriages with short, wide  barrels called a Houfnice, probably ancestors of later gunpowder Howitzers, in both name and function. I don't have any of these as yet, but should add a couple to my Hussite army! 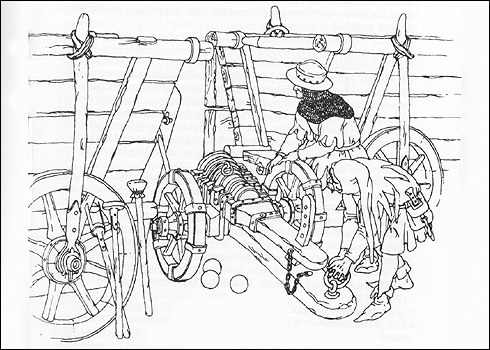 Drawing of a Houfnice deployed in the gap between two War Wagons. It seems these could be used for high angle of fire, or packed with pieces of scrap iron etc as an antipersonnel weapon.

All three of the above are from the following:
http://getasword.com/blog/1270-hussite-guns-and-ranged-weapons/

Note that in addition to the fine Old Glory figures (Part of the "Vlad the Impaler"  line), Kingmaker makes a superb range of Hussite figures, distributed by First Corps. 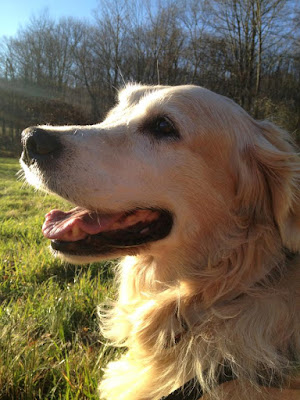 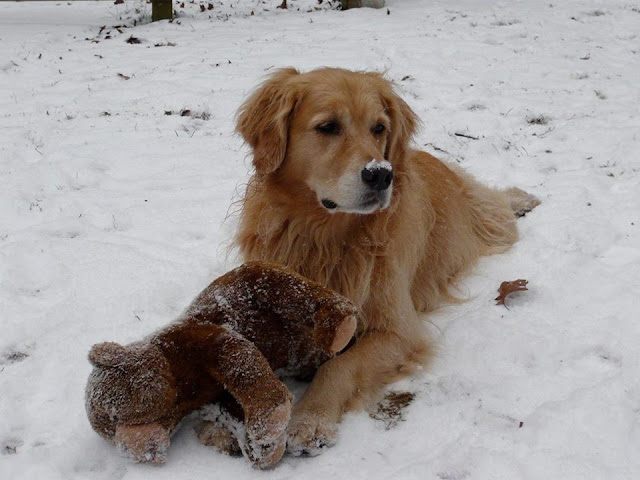 Piper was aptly named - unusually for a Golden Retriever, she loved to bark, whenever something seemed to in any way threaten her family - canine or human, She was always The Protector of her pack, as well as the Alpha. 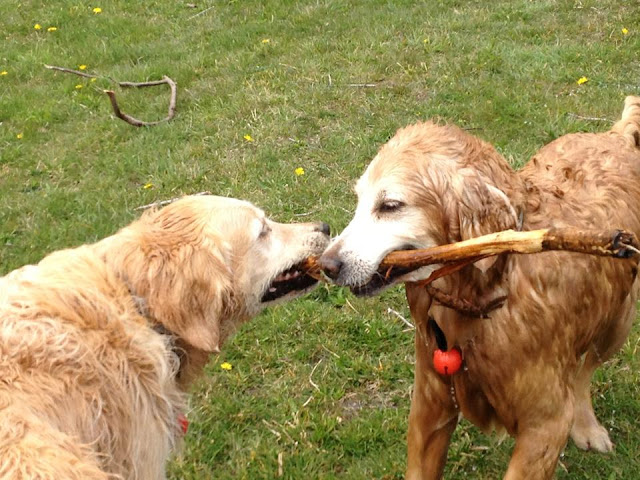 Piper, with her 2 years older half sister, Cricket (also aptly named, a very gentle and loving dog, who loved people, catching balls, and especially, swimming). It is hard to believe both our wonderful girls are gone now.. at least in the flesh, as they will always be with us in spirit. 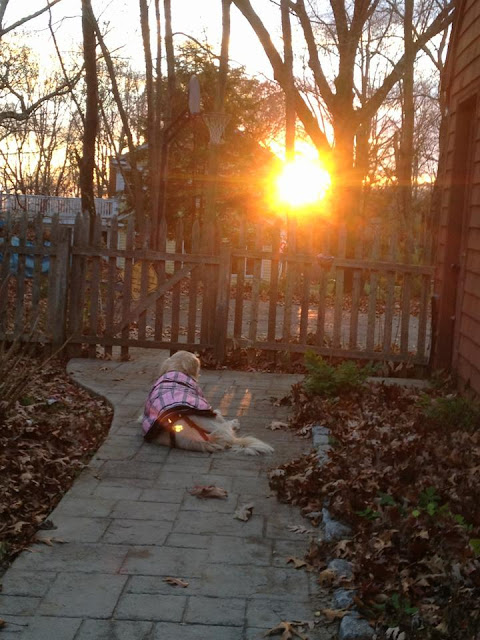 My wife and I have already decided that when both of us pass on, the ashes of all of our pets will be scatted together  with ours. 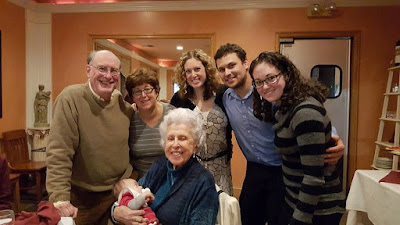 And yet, when the sun sets in the evening, it will rise yet again the next day.
Our first grandchild, Owen Miles Frank, with four generations of the family present following his baptism less than 2 weeks ago. He is held by his great grandmother (my mother in law).
Owen is a name of Welsh origin (as is my middle name - there is Welsh ancestry through my maternal grandfather), and means "young" or "young warrior". Miles is my wife's family name as well as a boy's name, and means knight or soldier in Latin (the stem from which "military" comes).
I should think I might be able to make a wargamer out of a lad bearing those names!