The second Imperial Roman unit is mustered out! 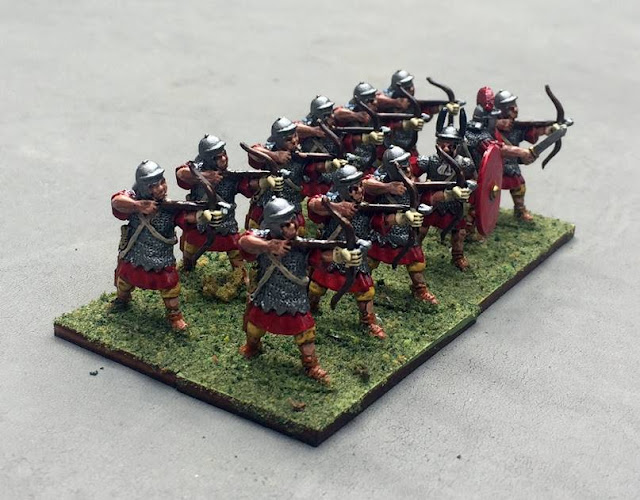 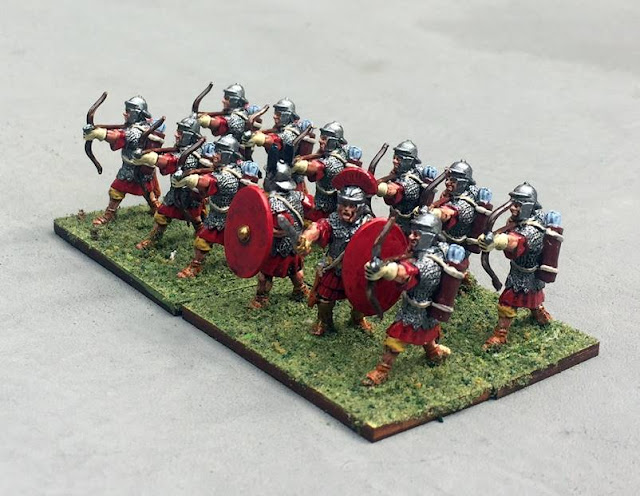 While not the main arm of a Legion, the role of missile troops increased gradually over the life of the Empire. 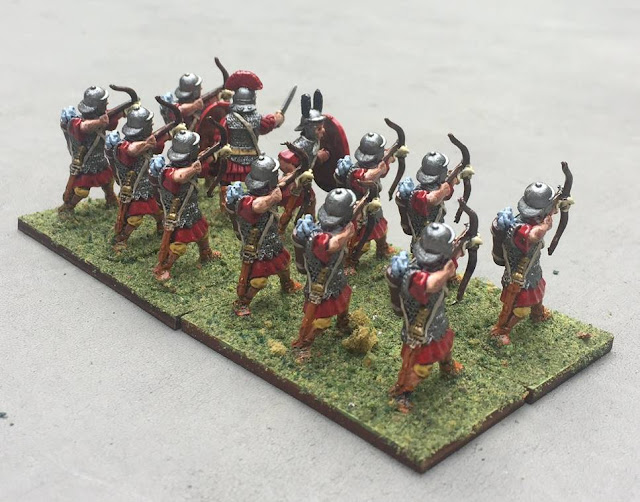 Black Tree Designs figures once again (as indeed will be all of the Imperial Romans). Too bad they don't do some Cavalry to go with them! 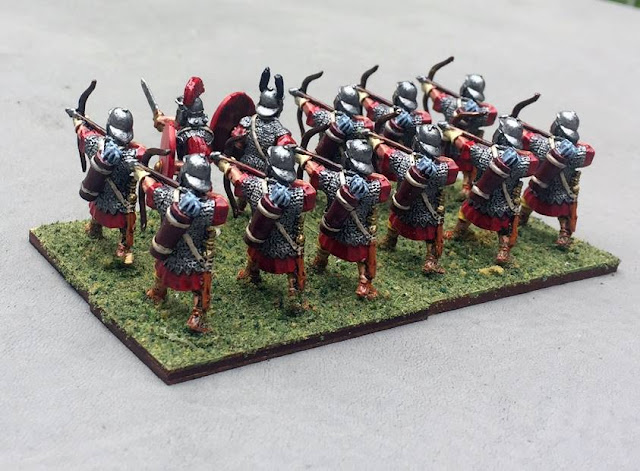 Et mittentis sagittam Legio
(Having no working knowledge of Latin, that's supposed to mean something like "Archers of the Legion")