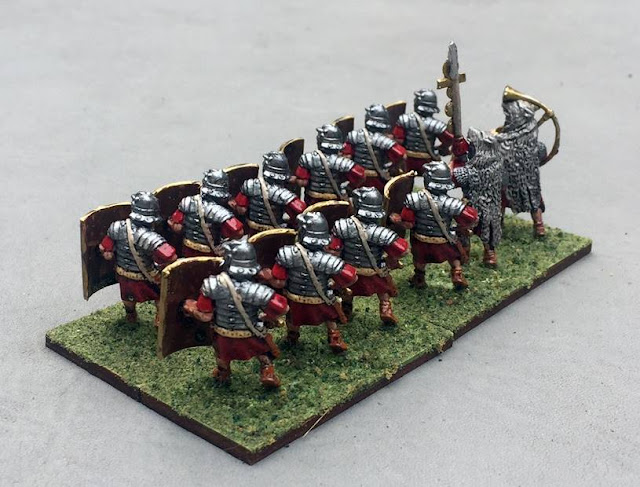 Next in the Imperial Roman series is this unit of Legionaries, wearing the lorica segmenata, which we tend to think of as the classic look for these troops.  This is probably more courtesy of Hollywood than history, but it is distinctive! 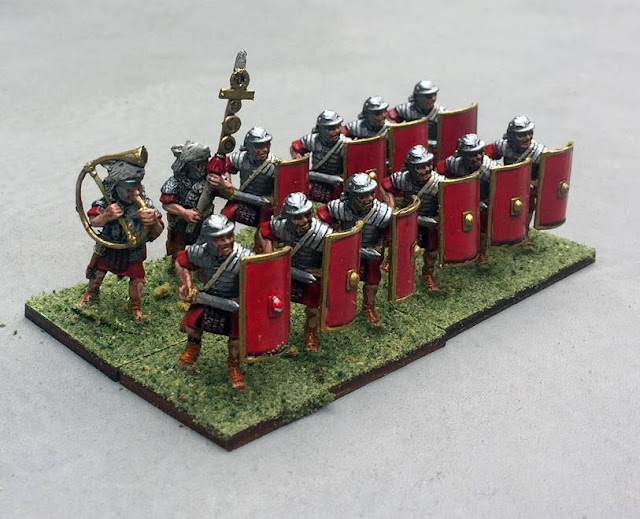 Oops, missed some brass on that front left shield; since corrected! I opted against painting or using shield transfers for the complex "wings and lightening bolts" designs that were commonly used in this era, in part because I just couldn't be bothered, in part because I actually think the plain shield looks better, and in part because these troops are designed as part of my Palmyran forces, so they may not have retained those symbols of Rome. 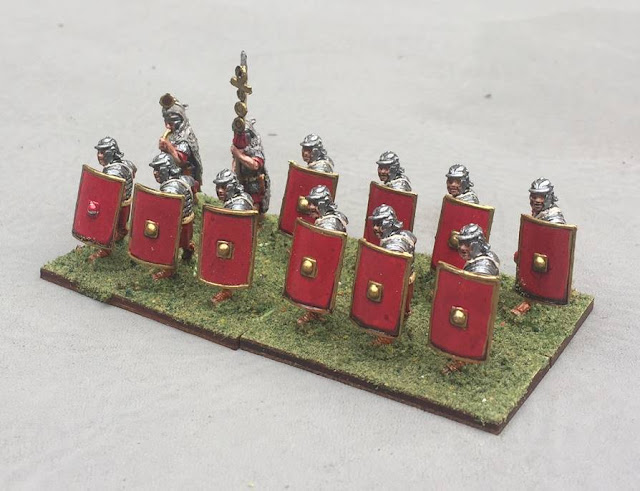 Regardless, they are still an imposing sight! 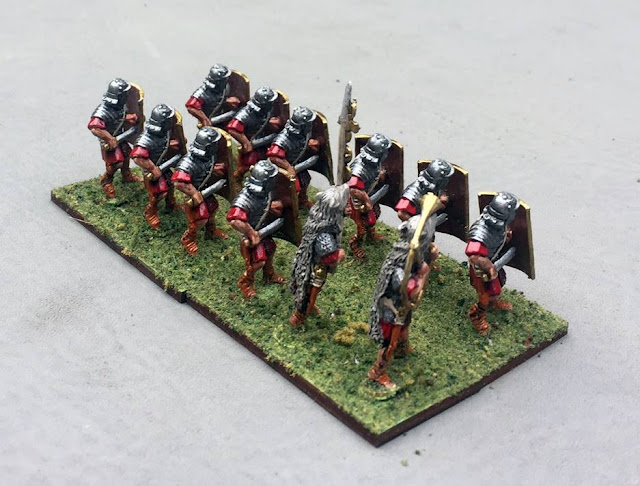 "Gladius drawn and at the ready!"  These are 28mm Black Tree Designs figures once again. 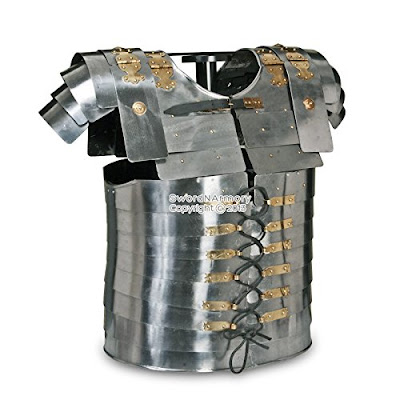 Supposedly, the chief  advantage of the lorica segmentata was it s considerably lower weight than chain mail; the disadvantage was higher maintenance needs and cost. Believe it or not, you can buy a set on Amazon for under $200!