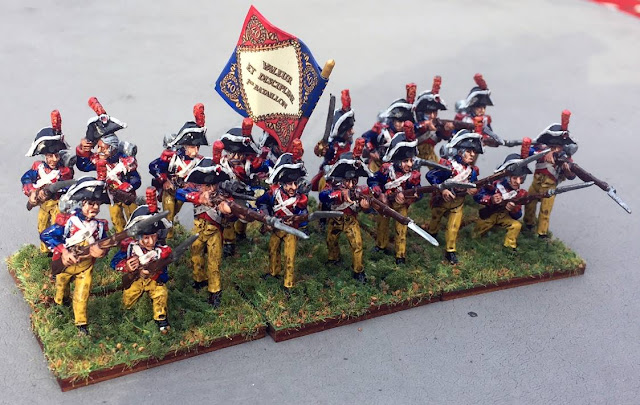 These wonderful Paul Hicks sculpts of an unusual subject were released by Brigade Games a number of years ago. I had my eye on them at Historicon for several years in a row before pulling the trigger to buy enough of them for a full unit about 2 years ago. 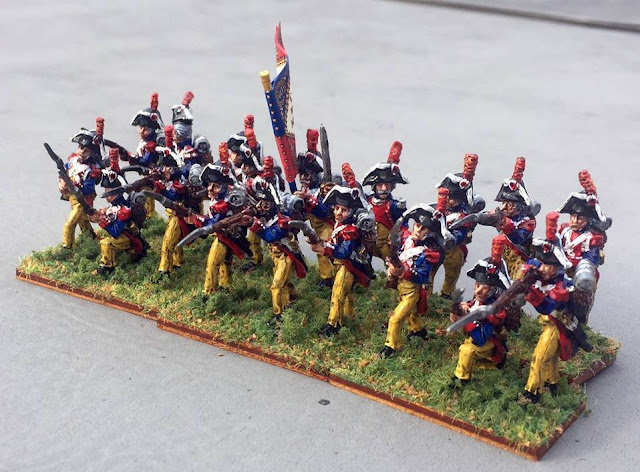 They came onto the painting queue this month, as they are needed to act as a counter to the Guerrillas infesting the Spanish countryside in our upcoming Campaign-in-a-Day. 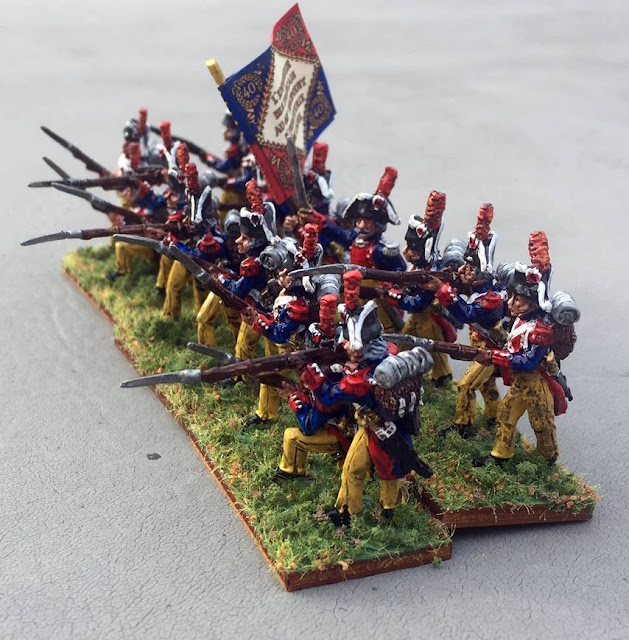 There is a wonderful plate in the Funken books illustrating the Gendarmes. Their uniform is a dark blue jacket with scarlet lapels, cuff, and turnbacks. Some sources show the collar to be scarlet, others dark blue; I went with the blue. 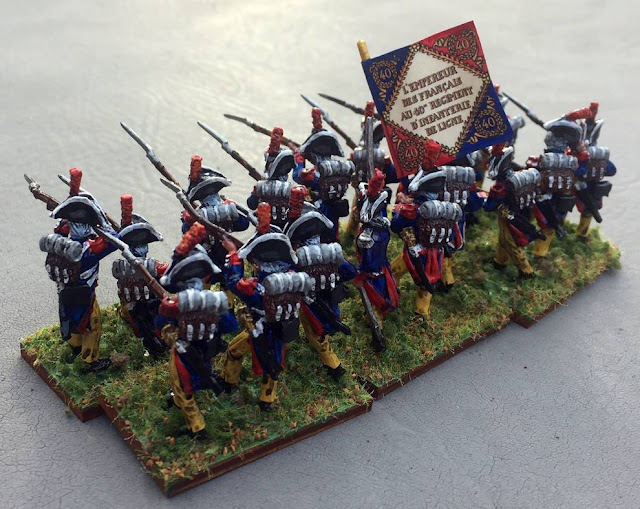 The cuff flaps were dark blue, buttons pewter, and red epaulettes, silver for officers, silver mixed with red for sergeants. All ranks had chamois waistcoats and breeches. The black bicornes trimmed white were  especially indicative of the Gendarmes. 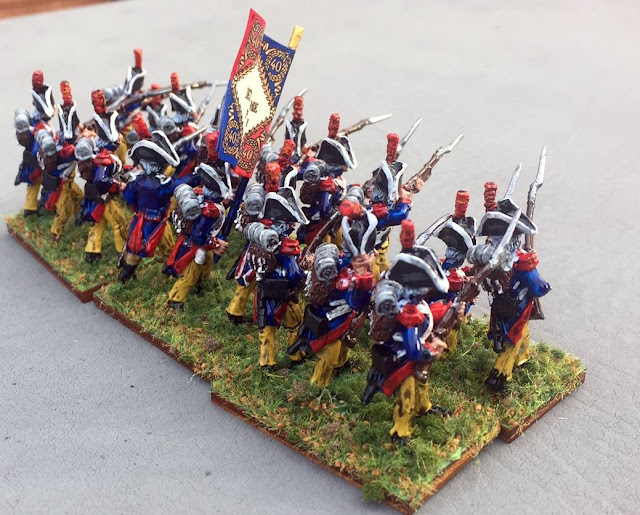