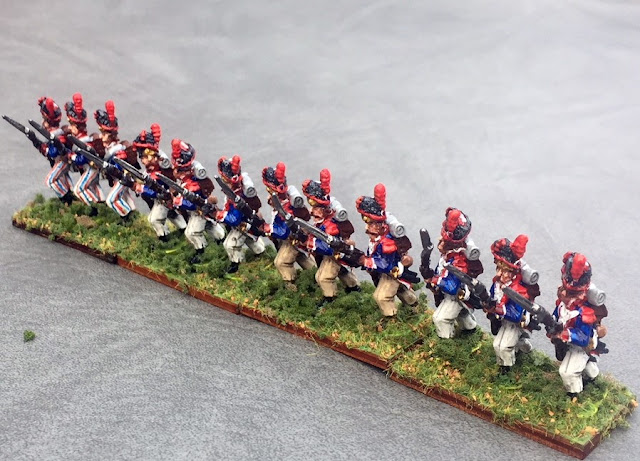 In the Fall of 2016, I painted up 4 units of Old Glory French infantry in Bicorne, Campaign Dress. I did not have the figures for the compangnies d' elite at the time. I finally ordered them from Old Glory about a year ago, but it is only now that they are parading off the painting table. 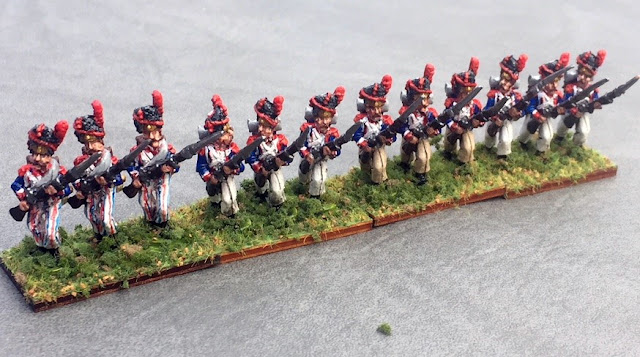 I have a particular fondness for this version of the Grenadier companies of the line infantry; my original French Napoleonic army, using 25 mm Scruby figures, had all of the line Grenadiers in bearskins with red cords like those above. 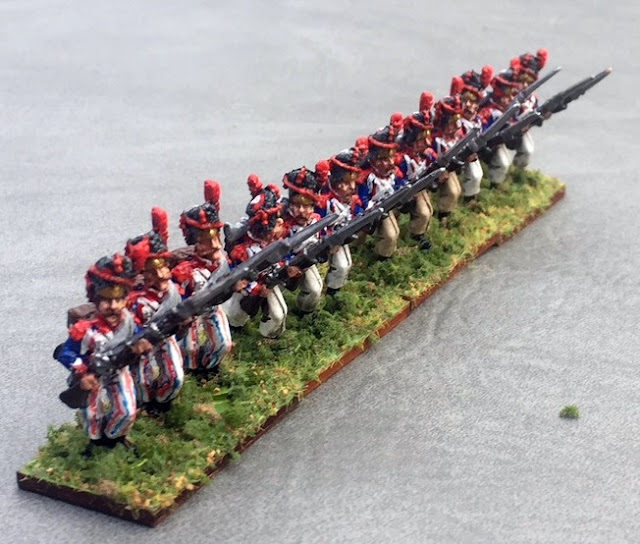 Evidently, to have your regiment's Grenadiers equipped with bearskins, all the Colonel had to do was request them from the 1st Consul (later Emperor ) Napoleon. Some Grenadier bearskins seem to have persisted through about 1809. 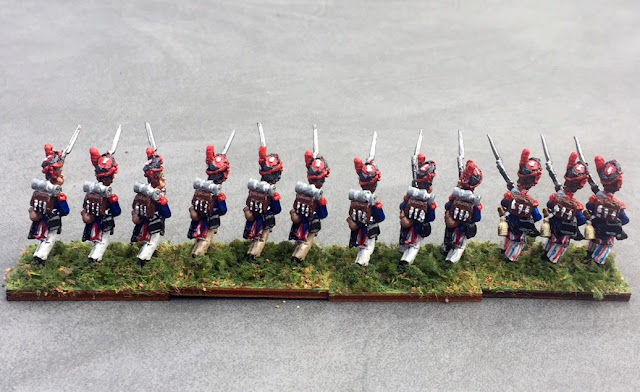 The back of the bearskin has  a fabric patch on it, which the French jokingly called the cul de singe (Monkey's butt). These Old Glory figures have the grenade sculpted on, but a white cross on red, or even quartered blue and red with a white cross overlying, are known variants as well. 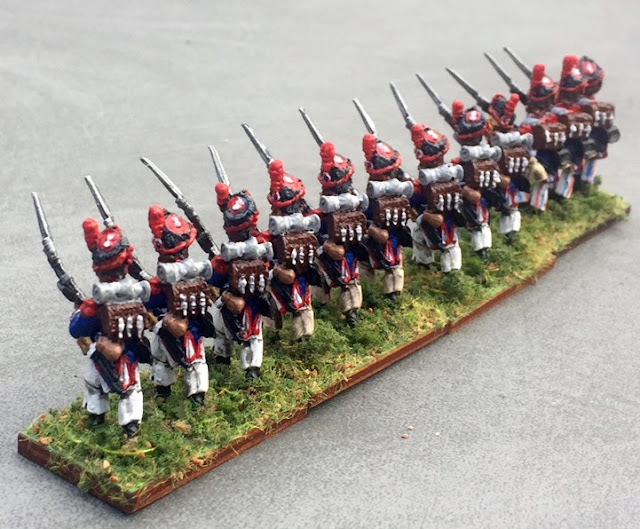 The varied pants are to match those of the Regiments that they will be joining.  I have used orange highlighting on the epaulets, cords and plumes to bring out some of the details.
Posted by Gonsalvo at 8:30 AM