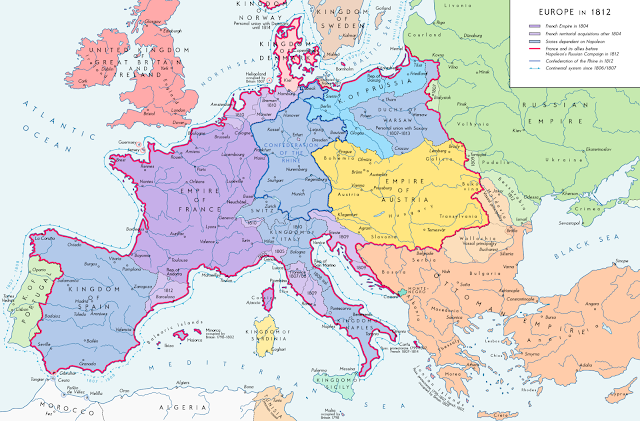 No, I am NOT starting a massive Napoleonic Campaign, LOL!
(Map by Alexander Altenhof - Own work. (from Wikimedia Commons)

After 2 successive over budget years, I really need to do better in  2019. I will increase the allowance to $1800, or $150 per month, and hope to come in below that. The only lead I have in mind to purchase for sure in 2019 are the Murawski Baden Artillery and Baden Light Dragoons, probably accompanied by a Duchy of Warsaw Horse Artillery battery.

The main theme this year should be whittling down the Lead pile. With no major project on the drawing board I(at least at present), I expect painting output may fall this year as well.

1)  Once again, the lead for a large Macedonian Army I picked up several years ago is high on the list. Perhaps I should plan to run a game with them; A game with TTS at HAVOC in April or at Historicon might be a viable target.

2) Add the elite companies and an early Legere unit to flesh out an early Imperial  French "Division" of 5 units in Biciorne/side plumed shakos for the Legere. I have more than enough lead on hand for a second such "Division" as well.

3) Paint some of the backlog of Great Italian Wars troops. Play testing daft versions of TTS, 2nd edition, if Simon proceeds with same, could provide some needed incentive there!

4) Start work on the ECW reinforcements I bought a year ago, with an eye towards running Soggy Bottom with FK&P.

Try to hit at least 12 games run/assisted with/played in this year. Get in at least one more game from the Lannes campaign. Run at least 2 Tyrolese games at Historicon, maybe a game at Jared's game club, HAVOC, and/or EllisCon. Hopefully assist and play in rather than run a Campaign in a Day at The Portal again this spring.

Rules:
I have several sets I want to try out, some perhaps even solo the first time, including Galleys and Galleons for my 15 mm Renaissance ships, Grand Fleet Action in the Age of Sail, and Steven Whitesell's Neil Thomas OHW inspired "Eagles Cheaper than Brain Cells". Also maybe some play testing on Brent Oman's revised "Season of Battle" campaign rules. 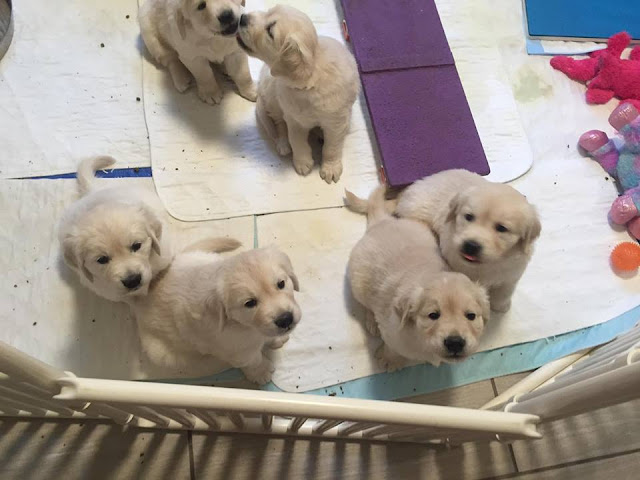