February made me shiver, with each parcel UPS delivered...

(with apologies to Don McClean...) 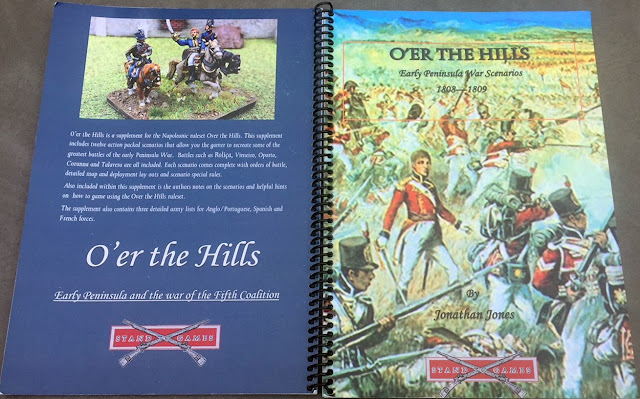 First up was the fulfillment of a  Kickstarter from the Fall of 2018 - a dozen scenarios from the early years of the Peninsular War, by "JJ" - Jonathan Jones. 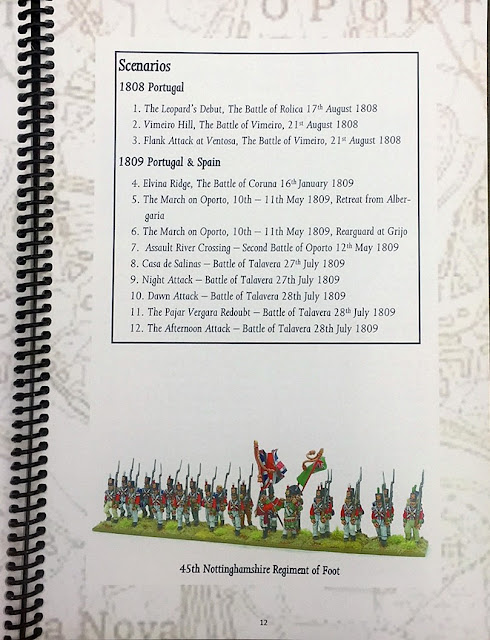 The book is very handsomely produced., and the spiral binding means it will lay flat on the tabletop.
I was a bit surprised that the scenarios in fact only covered a few battles (Talavera being the basis of 5 scenarios all by itself), but they all seem well thought out and presented. To help push the Kickstarter over the top, an additional 4 scenarios in pdf form were pledged to backers, which have yet to be delivered, but the books themselves were just printed in January, so I have every confidence they will be forthcoming in due time. 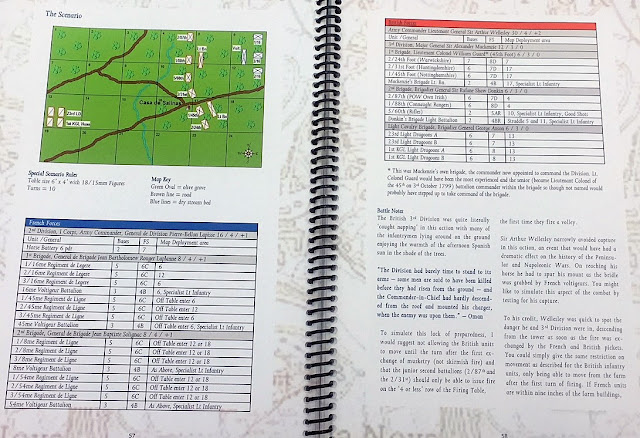 Part of one of the scenarios. The introduction section sets out the troop and ground scale; for example,  the basic infantry unit is a battalion of roughly 600 men, and 1" = 33 yards. .A little additional background on the "Oe'r the Hills" rules, which I neither own nor plan to purchase, as they relate to converting the scenarios for use with other rules would have been helpful. For example, the commanders each have ratings (three numbers), but no where is it explained what they mean, although some reasonable assumptions can be made. Considering this is not an extensively played set of rules, I would have provided such (and indeed, having written my own scenario book  for another set of not widely played rules, I did [cough!] ). Ultimately, the proof is in the playing, and the scenarios look enjoyable. I look forward to trying them out over time. 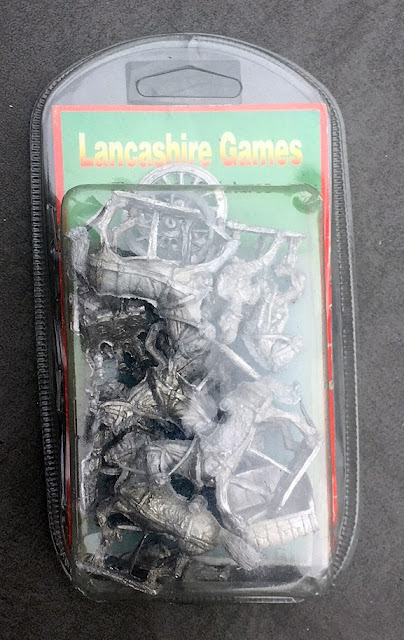 Second, I took advantage of the waning days of the Lancashire Games winter sale to pick a bunch of packs  of Limbers and teams. 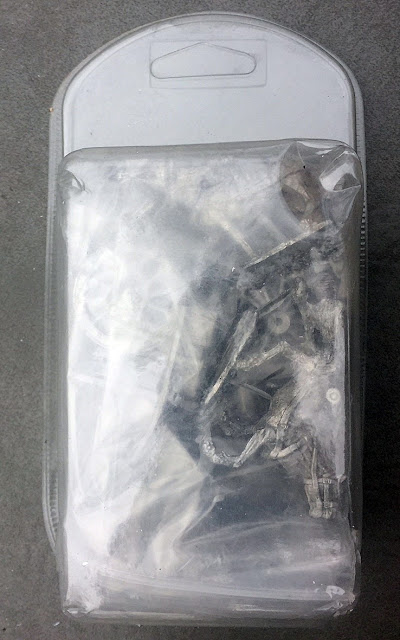 Unfortunately, Lancashire doesn't label their packs so until I take the figures out it is a bit hard to know what's what! In total, there are figures for 2 Bavarian Limber teams (the second will become a Badner limber team for when I buy the Murawski Baden artillery battery), 5 British Limber teams, plus a British Caisson and team thrown in for variety. 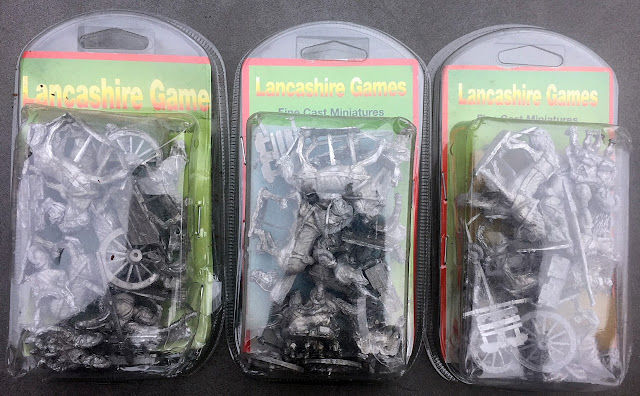 Plans to add a respectable number of limbers to my Napoleonic armies was indeed the rationale behind the fifty  60 x 150 mm Litko bases I purchased in December as part of their winter sale. 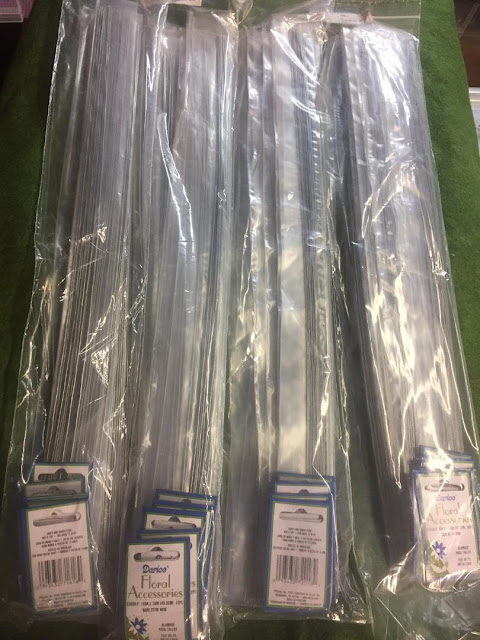 Back a year ago, I purchased a bunch of Old Glory English Civil WEar figures to add to my venerable collection of Minifigs. As I organized the figures for the first of a number of planned new units of Foote, it became apparent that my inventory of wire for fabricating pikes would not suffice for even those... and I still have a host of Macedonian pikes to do as well. So, a Michael's discount offer in hand. I ordered some bulk floral wire. Hmm, 1 pack of each gauge probably won't be enough ( I get 5 pikes from one length of floral wire); better get two packs of 12 of each. What I failed to realize was that, being *bulk* floral wire, each "pack", contained 12 packs of 12 wires, or 144 in all. A slight bit of math with reveal that I now possess sufficient wire to make  over 2,800 pikes! So, if you need some wire, just ask me to bring you as pack (or three) to Histioricon in July, LOL! 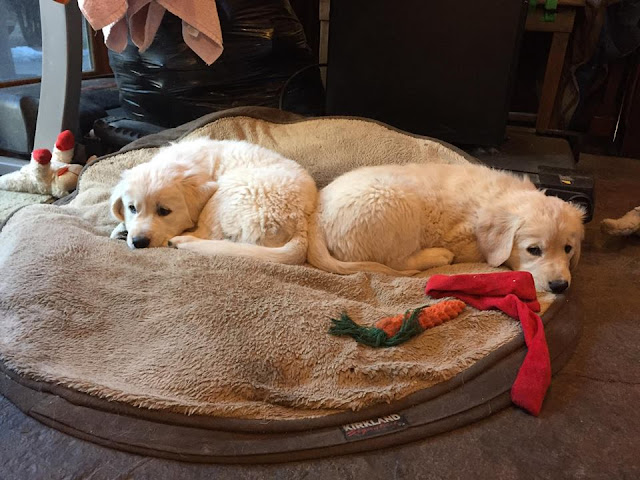