The Duke of York's Regiment of Foote 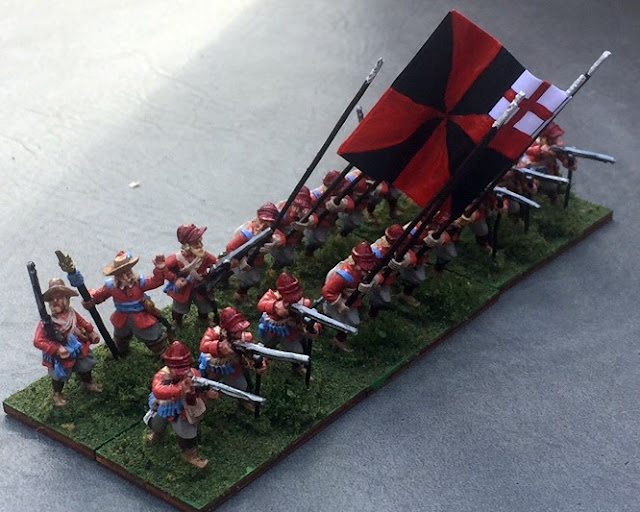 This is the first of many new units to be added to my English Civil War  armies - the Duke of York's own Regiment of Foote. 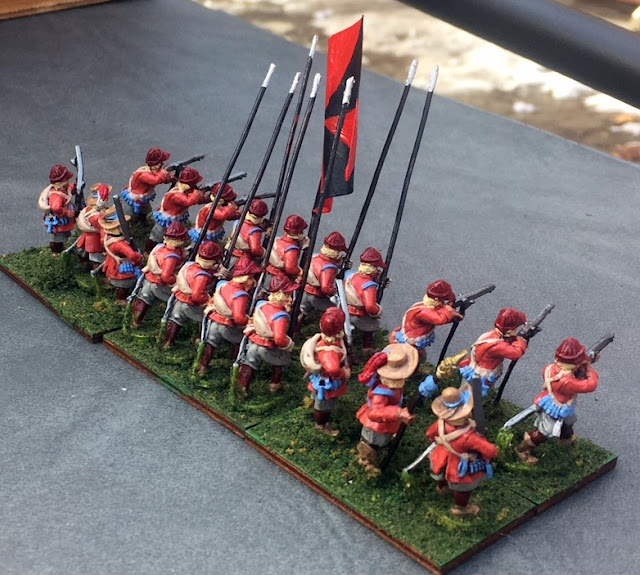 I wanted to add another unit of Royalist Foote wearing red coats (the existing unit of Redcoats is the King's Lifeguard of Foote). 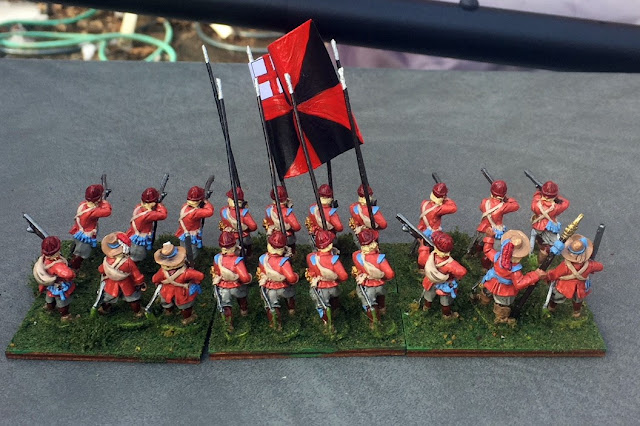 I had planned to do a different regiment, but as I was completing the unit, I found this flag on line. It is the flag for the 4th captain, and I thought the red and black "gyronny" pattern was very striking. 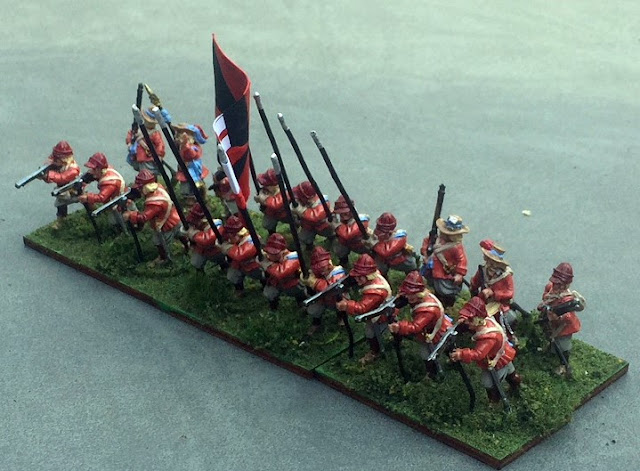 I painted the coats with a faded red (Delta CC Madras Red), and used a medium blue (Delta CC Bluejay) for the "12 apostles" and other highlights. 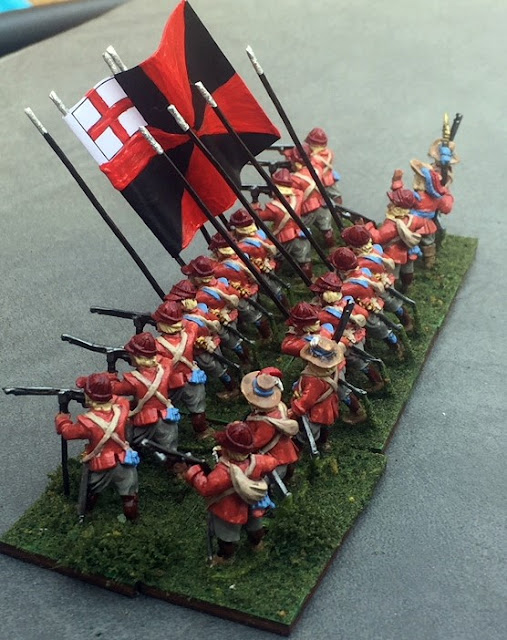 My color inkjet printer was on the fritz, so I had to print the flags out in greyscale, and then paint over the pattern. At least the resulting colors are very vivid! 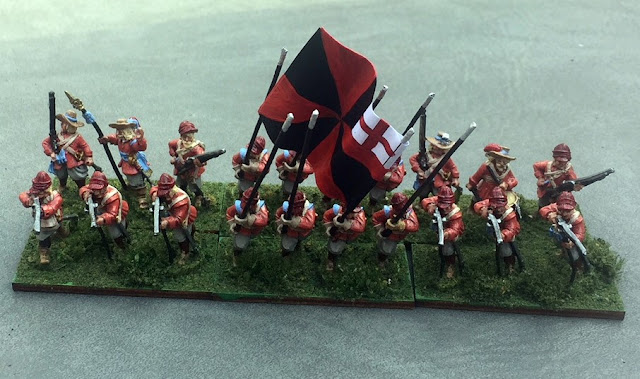 These Old Glory 25's are mostly wearing "Montero" caps. I plan to use them mostly for representing raw/recently raised units.

Image I creased for the flag above; a fairly simple manipulation of an existing on line image.
Posted by Gonsalvo at 8:20 PM