Huzzah for the Red, White, and (Bavarian) Blue! 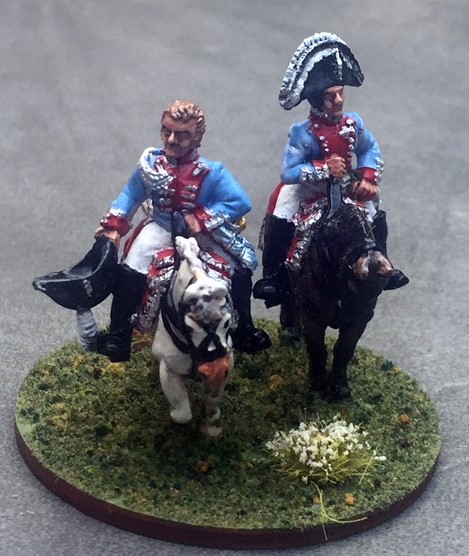 I needed a few more Bavarian leaders for my Tyrol games, and thus added some figures to my Front Rank order a year or so ago. 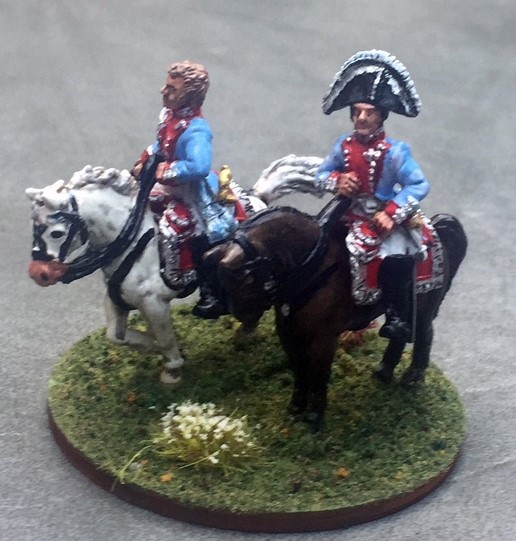 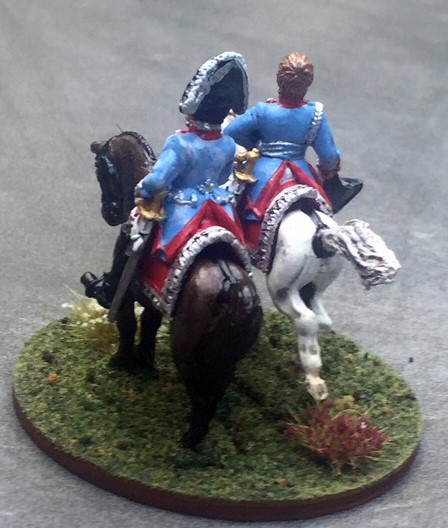 During the Tyrolian revolt of 1809, the Tirolese nick named him "The Angel of Death". 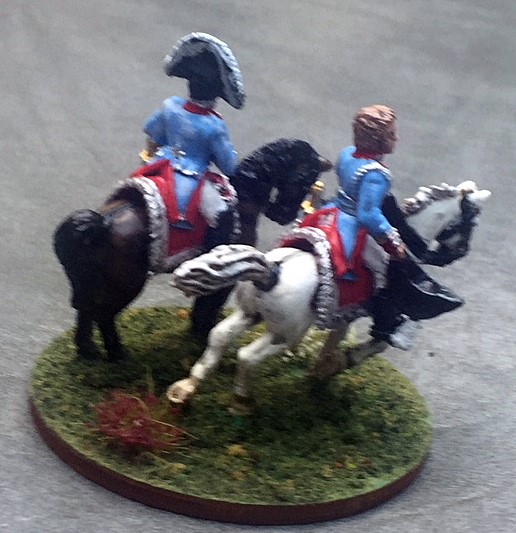 Wrede was created a Prince of the Kingdom of Bavaria, and Field Marshal in the Bavarian Army in 1814, by which time he was of course fighting against Napoleon instead of with him. 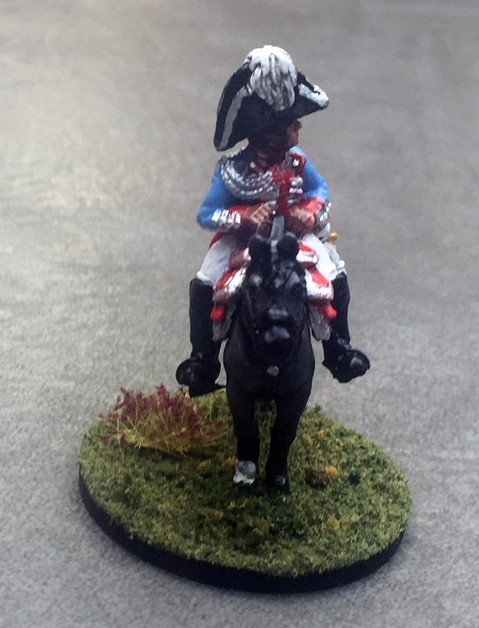 Another Bavarian officer,  perhaps Deroy? the aiguillette suggests an aide, though. We'll let him be Deroy, though.  Deroy fought at Eggmuhl in 1809, and then in the Tyrol, where he was the commander of the Bavarians at the 2nd Battle of Berg Isel. 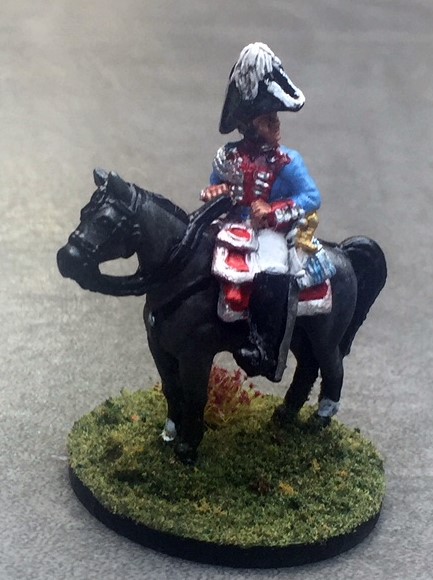 He looks rather contemplative! Perhaps he is considering the decision to slip away from Innsbruck under cover of darkness after the stalemate battle of Berg Isel? 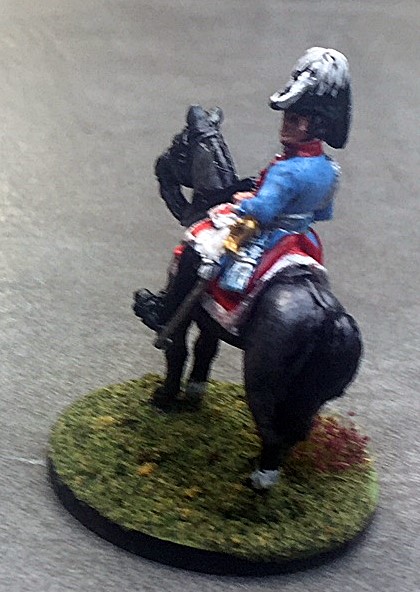 Deroy was probably second only to Wrede in prominence in the Bavarian army. 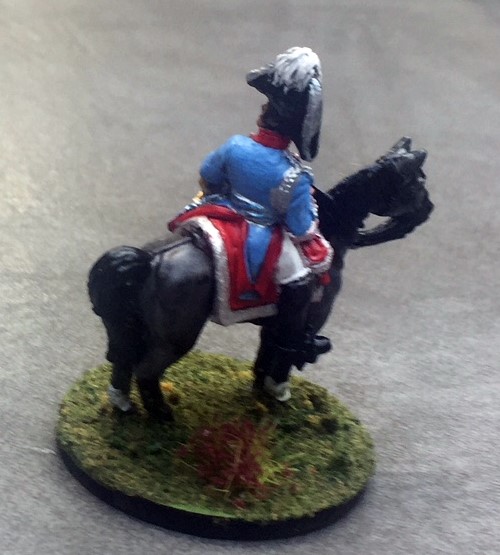 He was a veteran of many of the conflicts that Bavaria was engaged in, starting with the Seven Years War. 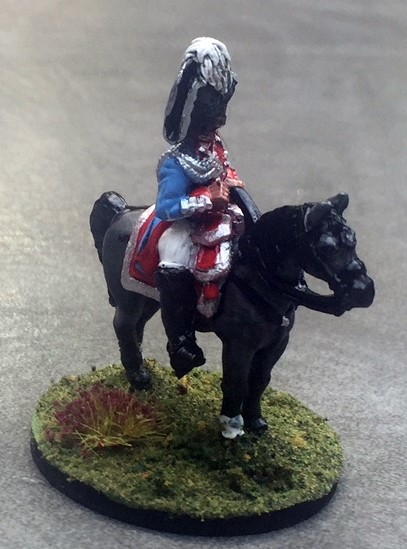 Bernard Erasmus von Deroy was wounded in the abdomen at the 1st Battle of Polotsk in Russia, and yet continued to lead his troops during the battle; he died of complications of his wound a few days later, on August 23, 1812.