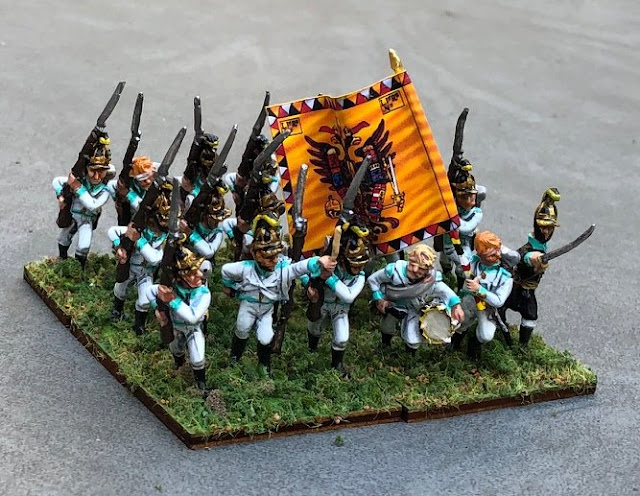 The fourth of the five new Austrian regiments is I.R. #21. 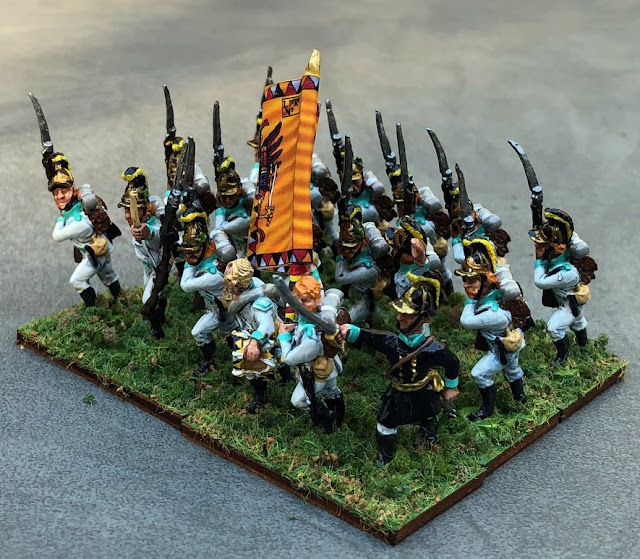 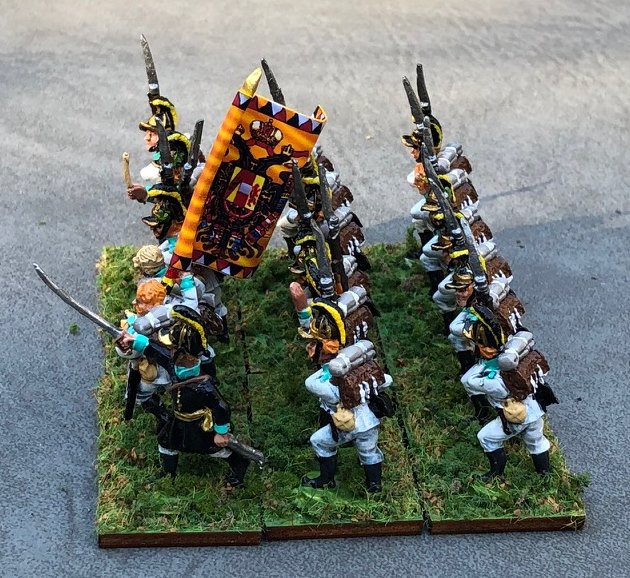 The regiment was recruited in Bohemia, in the Koniggratz area. 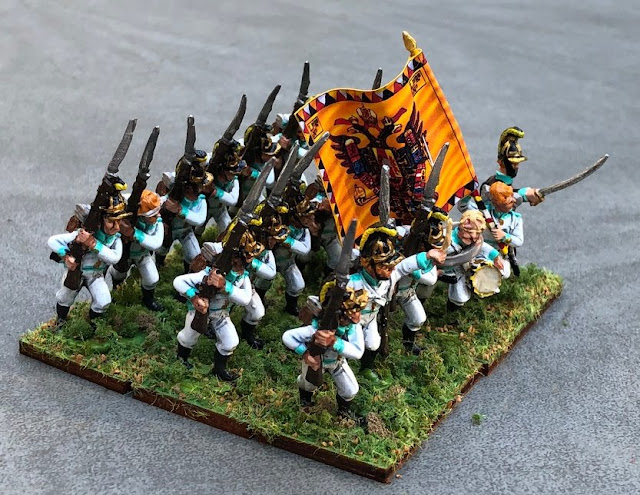 In 1809, the regiment fought at Ratisbon, Aspern, and Wagram. 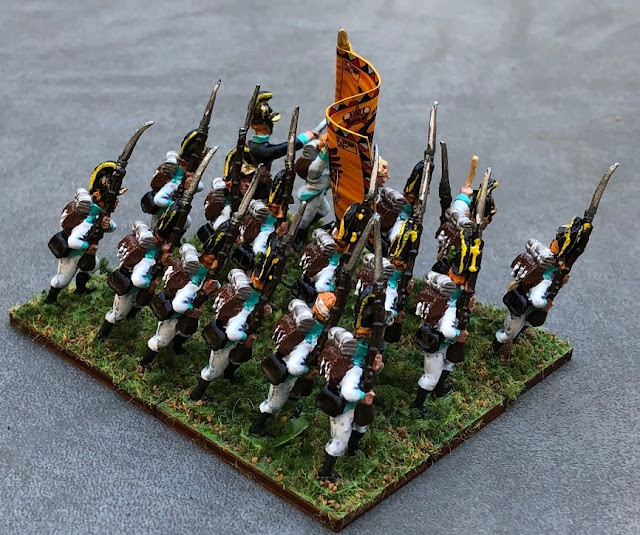 The "meergrun" (sea green) facings are depicted as a turquoise shade by some, so I went with that for this unit, which has brass buttons.
Posted by Gonsalvo at 7:25 AM