My, what Big Guns you have!

Some of you commented on the large Siege Mortars seen in my Siege of Badajoz playtest of Eric's Vauban's Wars Siege rules last month. These were a last minute afterthought when I realized that I had nothing to represent them. I then recalled that I had bought these interesting but somewhat odd items 30+ years ago, and they had been moldering around in my basement ever since then. 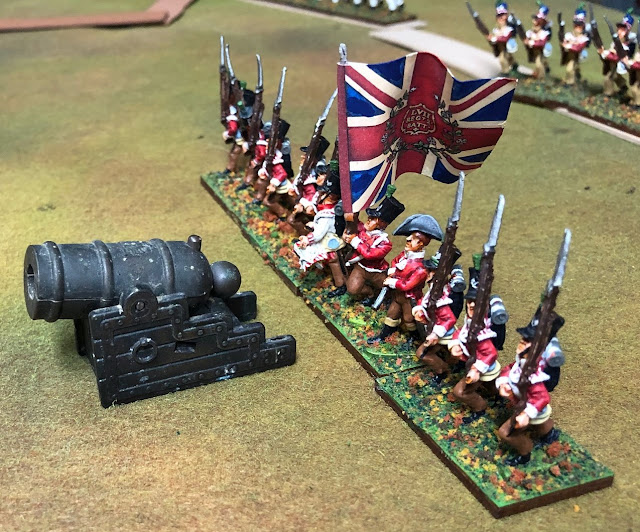 Siege Mortar #1. I would estimate these would fit properly with about 54 mm figures.. but they make an impressive show with the 28's! 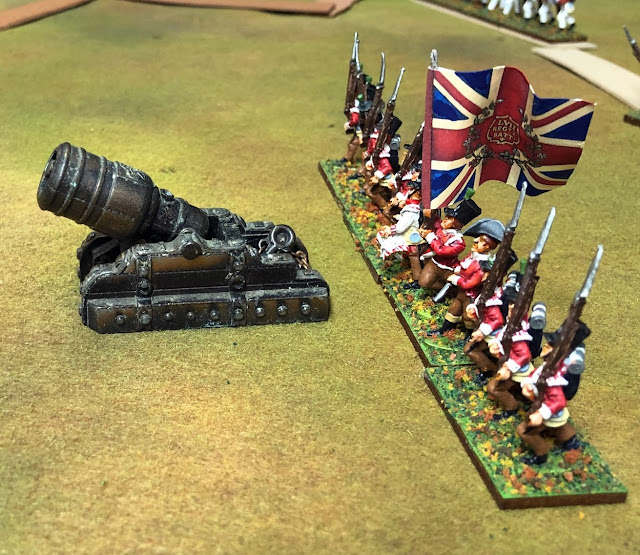 Siege Mortar #2. All of these had to be cleaned of 3 decades of cobwebs and debris! 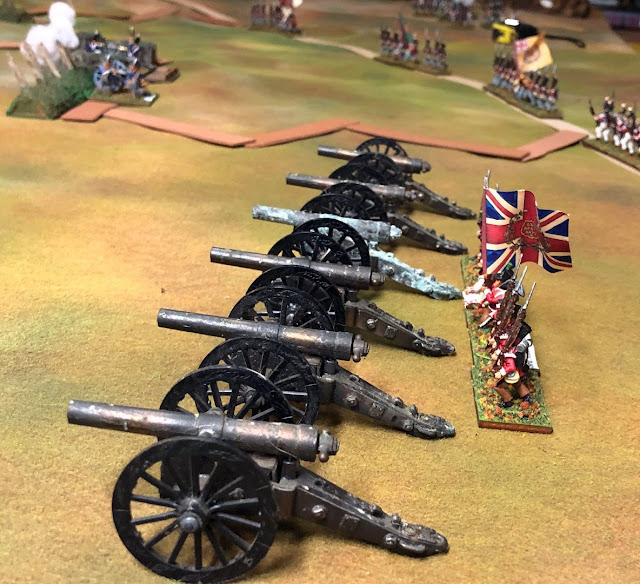 A line of field Guns, one severely effected by very authentic verdigris! 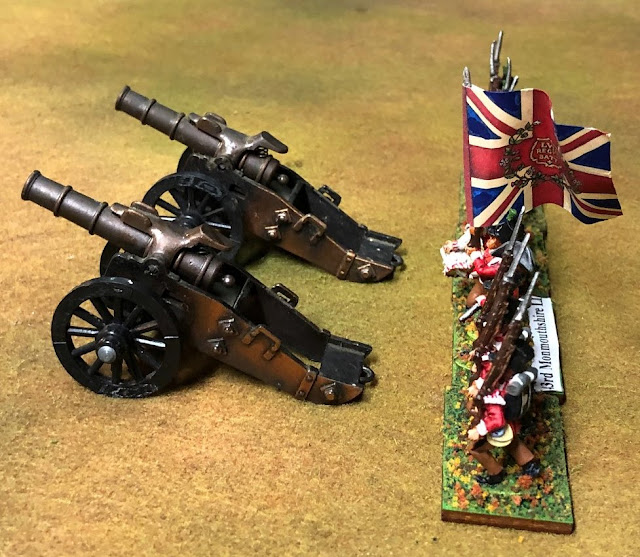 One of the unusual things about these guns is that they can all shoot, and each via a different kind of mechanism! That was one of the reason that I bought them years ago, thinking to perhaps use them in a Charlie Sweet style wargame with shooting cannons. 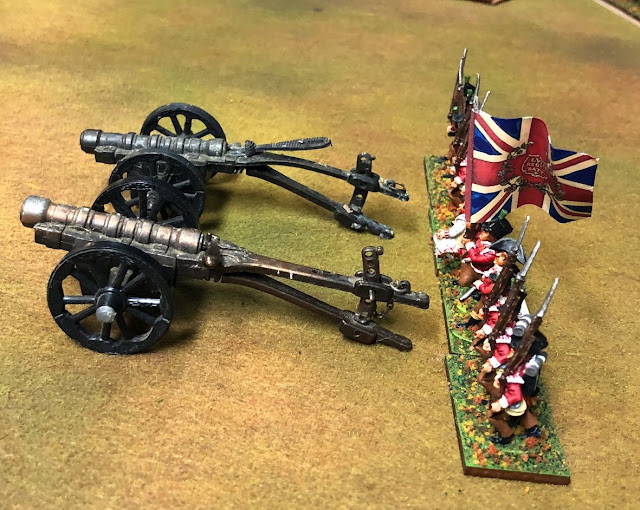 A pair of two different Renaissance era guns. All of these models also have a pencil sharpener hidden in the carriage! 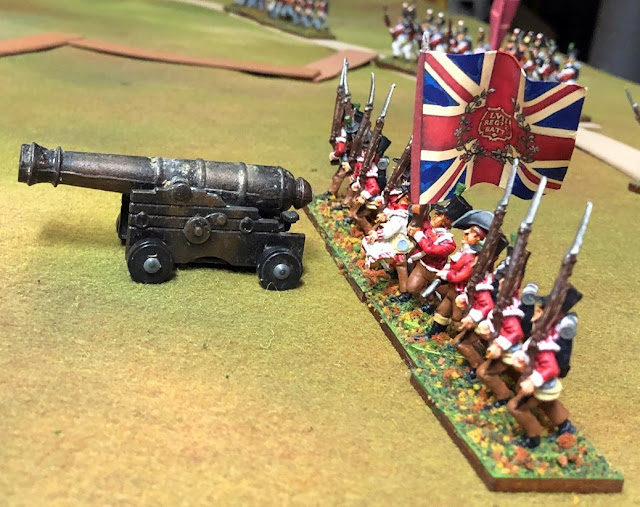 This ship's gun would make a proper fortress gun for sure; unfortunately, I only bought one of them! 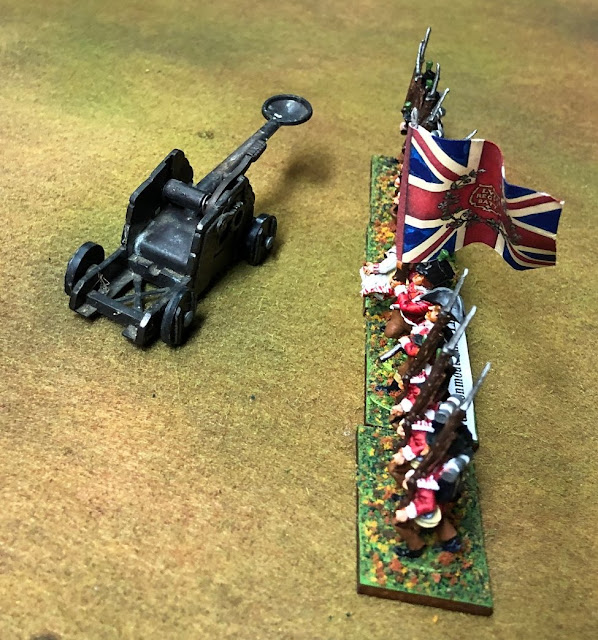 The Ancient era is represented by this Onanger. 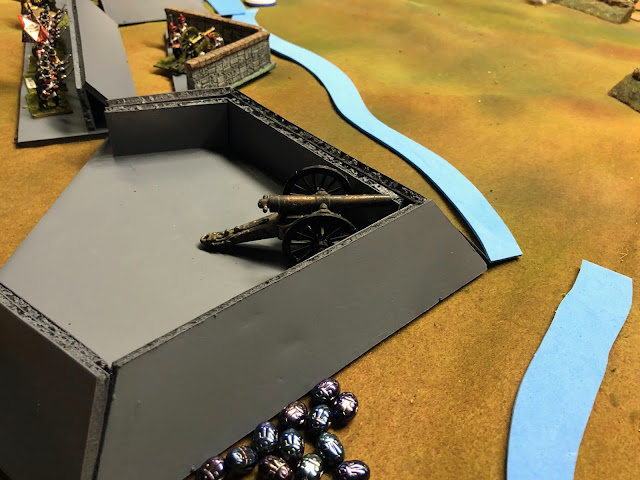 A couple of shots of guns placed in the fortifications... 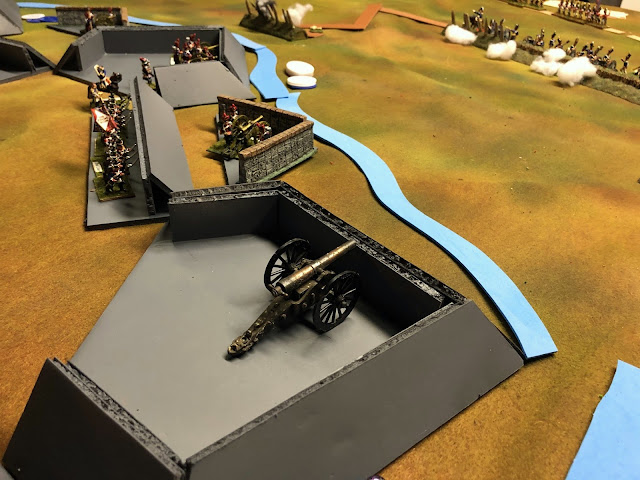 Just about the right barrel height to shoot over the walls! 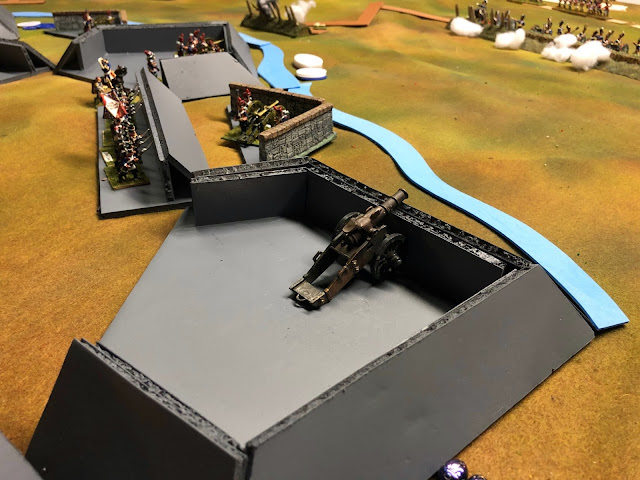 This style model works even better; I would probably use the "Field Guns" for the attacjker, and the others for the defenders.

As for the Fortress, I have greatly improved the looks of the Fortress Walls, Bastions and Ravelins from last week's game (more on that in another post) , and I am working on a solution to represent the Covered Way beyond those. I also need some simple models for 3" Gun Positions, which shouldn't be too hard to come up with; Maybe similar to the solution for the Covered Way. Stay tuned...
Posted by Gonsalvo at 8:09 AM