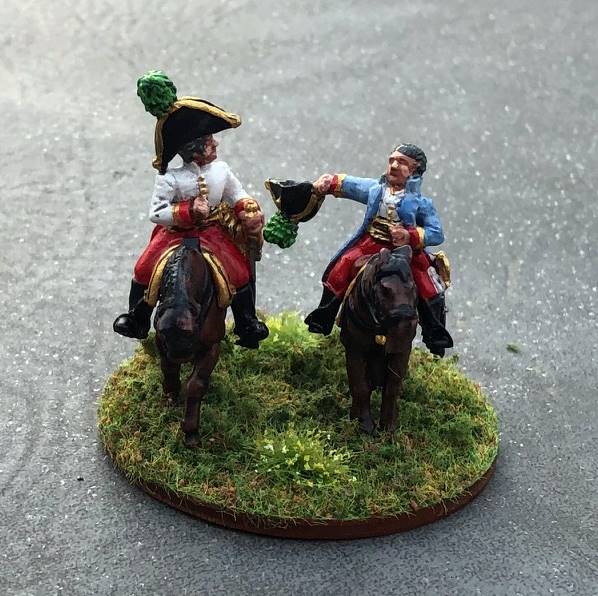 In preparation for the Crisis on the Danube" Campaigns, and a future replay of Wagram, I decided that I need more Austrian commanders, especially at the Corps level. 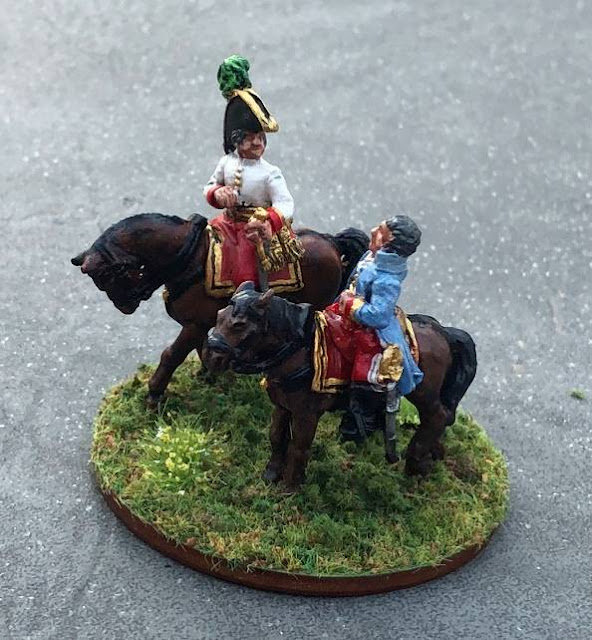 I purchased some additional high commands figures from both Front Rank and Foundrylast year, and now it's time to paint them! 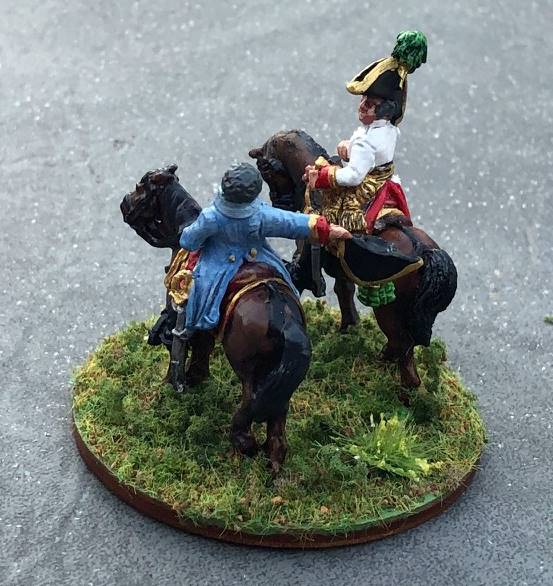 This is the Foundry figure for GdK Heinrich Graf Bellegarde, with a Friont Rank general accompanying him. I have Bellegarde painted in an out dated 1798 hechtgrau (pike grey, a decidedly blue color). staff officer's coat... mostly dfor the sake of variety! 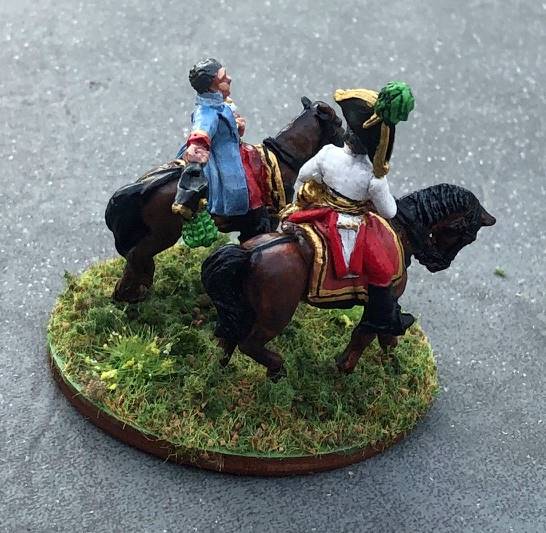 Bellegarde  (1756 - 1845) was born in Dresden and began his career in the Saxon infantry before transferring to Imperial service in the cavalry. He commanded the I Corps in 1809. His leadership was described as "capable but unimaginative". 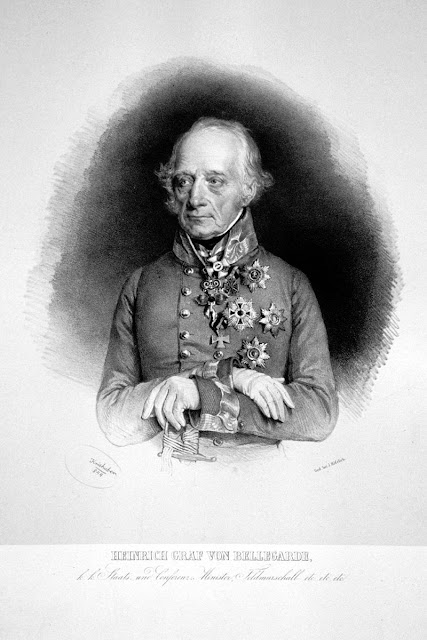 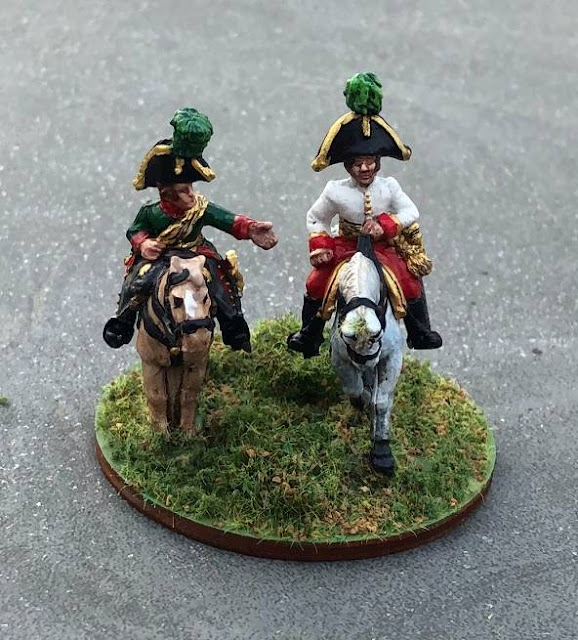 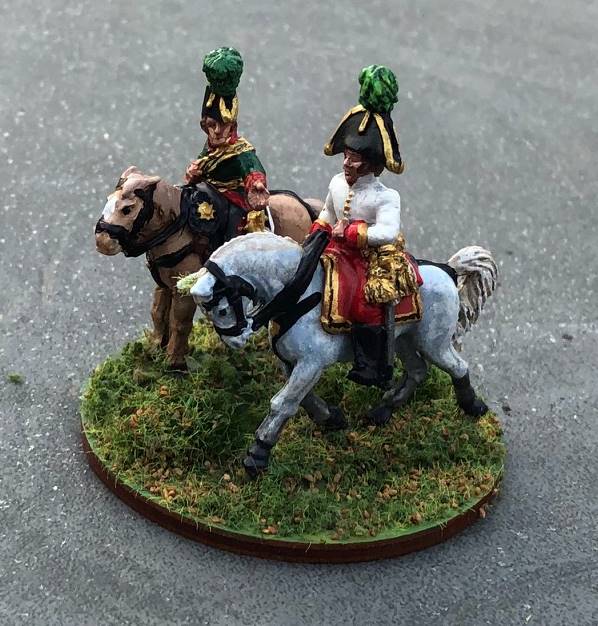 Hiller was a commoner and the son of a Colonel in the KuK army. He rose from the ranks, and was "popul;ar with his men, but widely disliked among his brother officers for blatant ambition and self seeking". One suspects his lack of Noble birth may have been a factor in that, however. 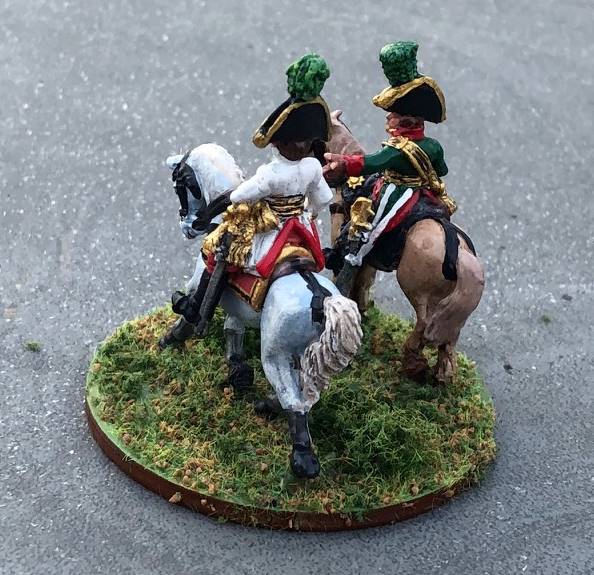 Hiller commanded the VI Corps in 1809, and saved the left wing of the army in Bavaria, and defeated Bessieres at the battle of Neumarkt. His Corps lead the attack on Aspern, eventually holding the village after it changed hands nine times over the course of the battle. He sat out the battle of Wagram pleading ill health. 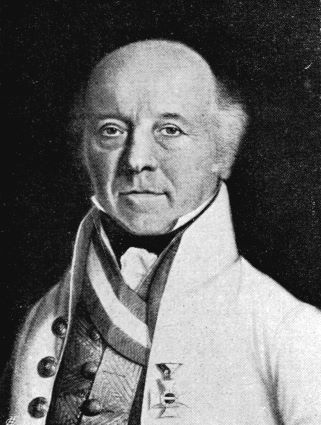 Johann von Hiller, from Wikimedia, artist unknown.
Hiller had a difficult relationship with Karl, who described him as "an able man, but of unlimited ambition, which he deviously advanced". 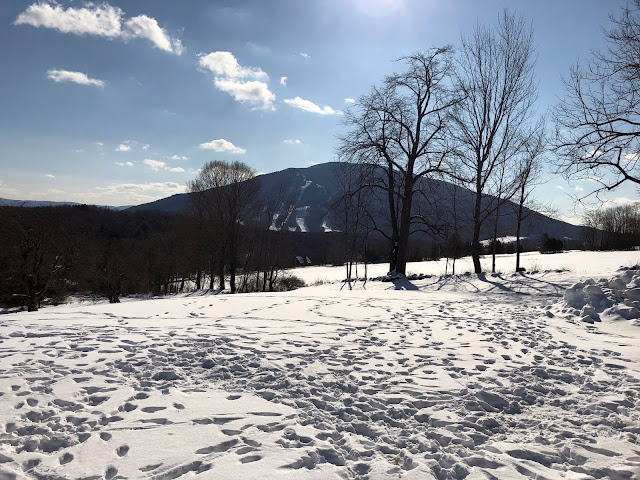 This winter has been relatively warm in New England, and with a lot of rain and little snow. Fortunately, it snowed last week in Vermont, and thus there was snow on the ground (and ski trails) last weekend when we visited our friends. 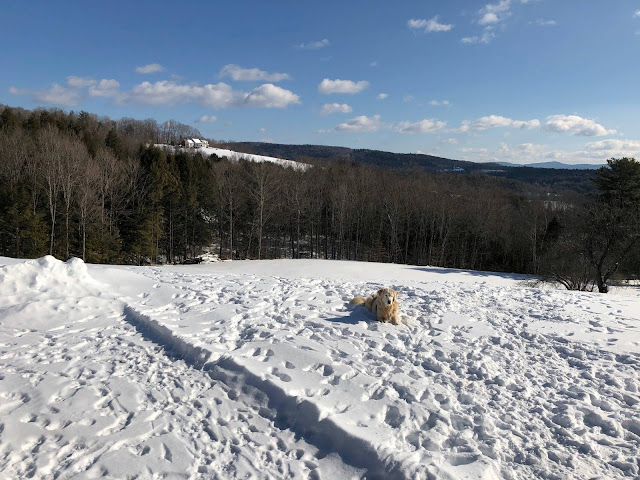 Rory, senior among the five Goldens in our home, loves to lie and roll in the snow!