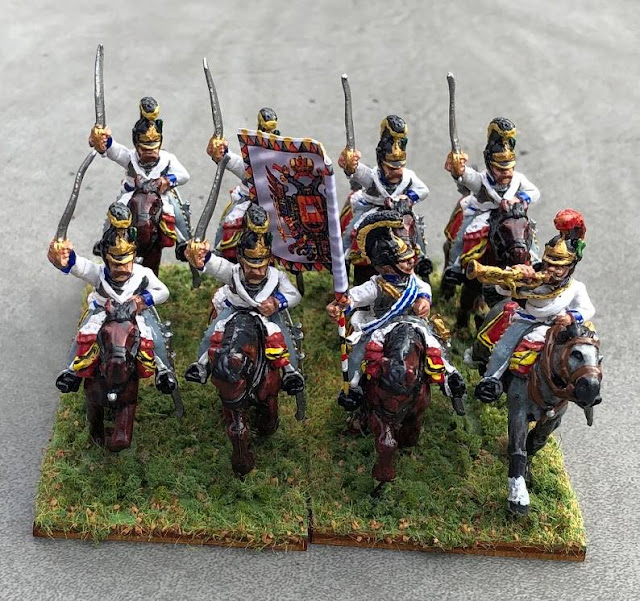 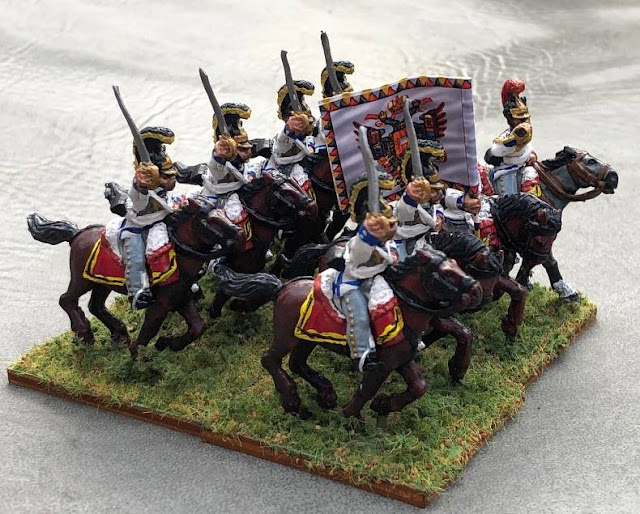 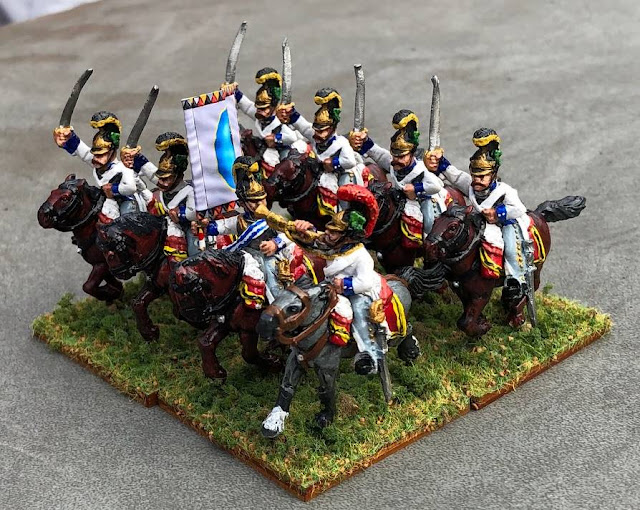 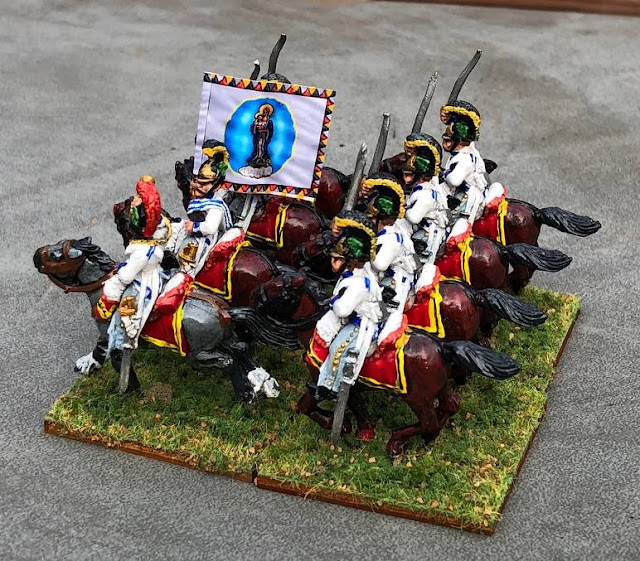 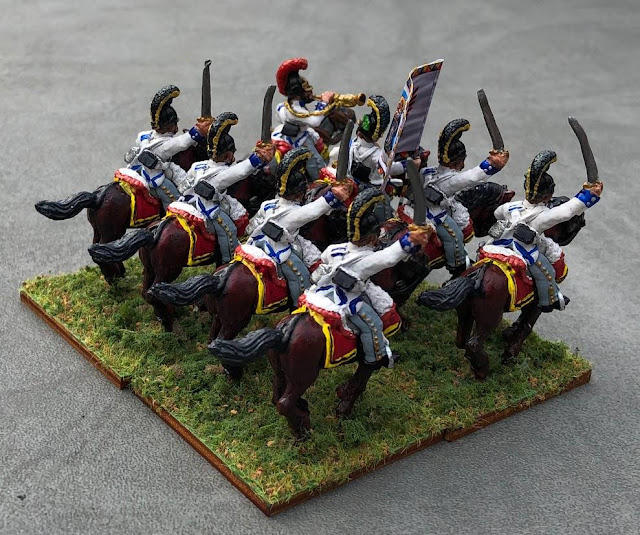 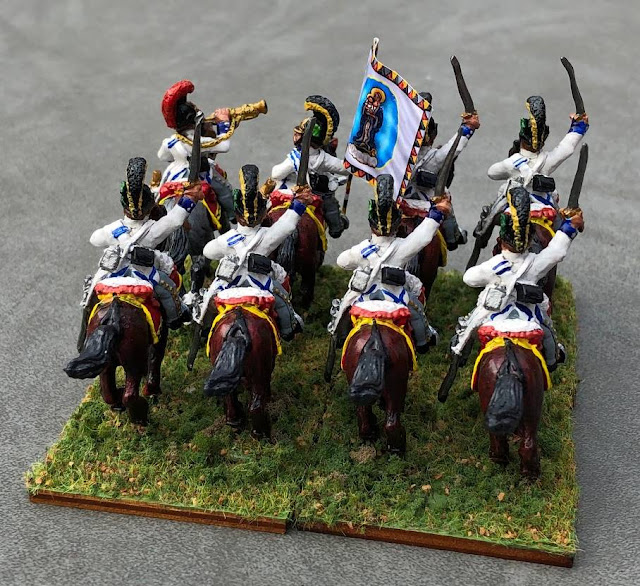 The regiment's excellent Leibfahne is from Adolfo Ramos. I like to use the white Liebfahnen for my Cuirassiers and (incorrectly, aside from 1805) the Grenadiers; everyone else carries the yellow Ordinarfahnen.
Posted by Gonsalvo at 3:54 PM