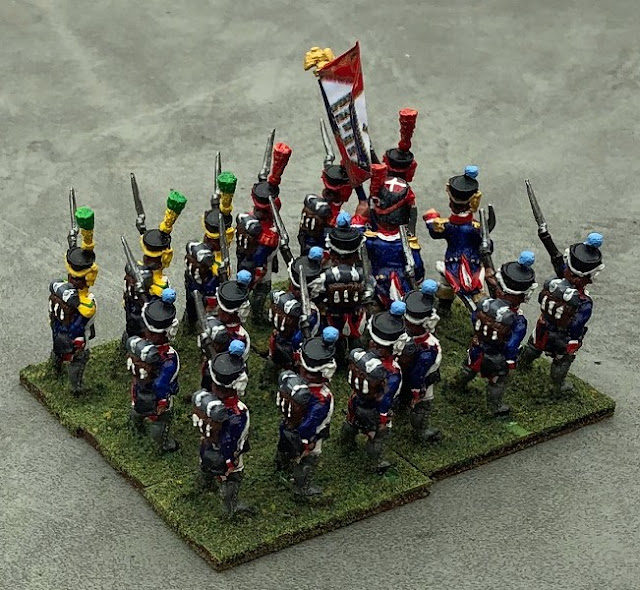 The 42e Ligne had its origins as the Limousin Regiment,  raised in 1635. 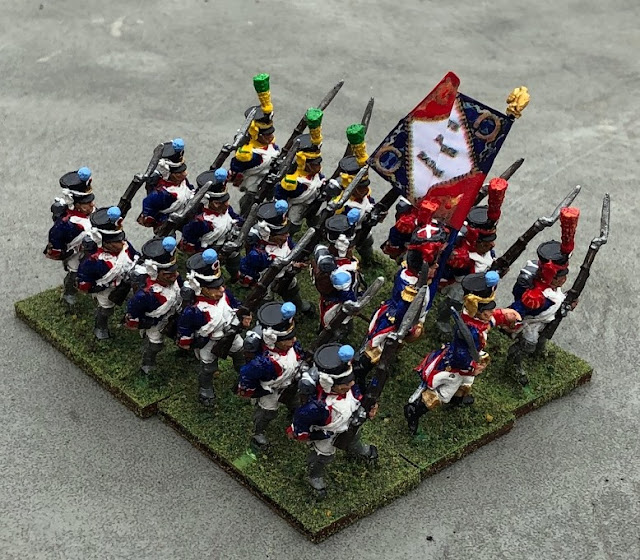 It's early years during the Consulate and Empire were spent in Italy/Naples from 1803 - 1807. 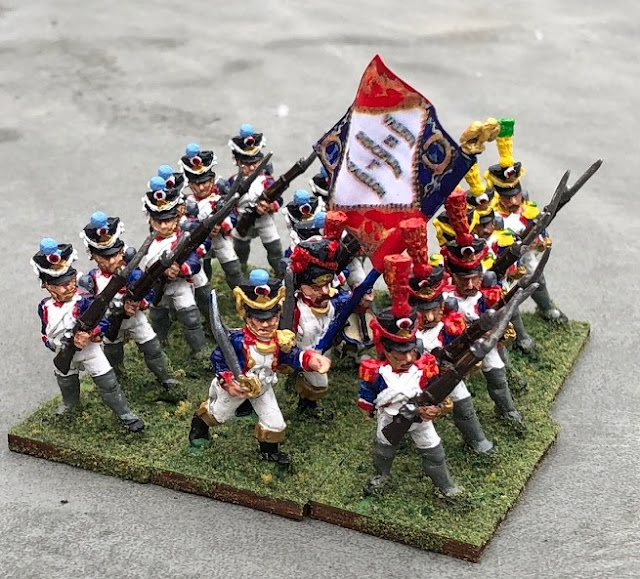 Most of the Regiment spent 1808 -1811 in Spain, where it fought at the sieges of  Tarragona and Gerona.  During 1809 some battalions served with the Army of Italy, and wereinvoled in a nuimber of battles, including Raab and Wagram. 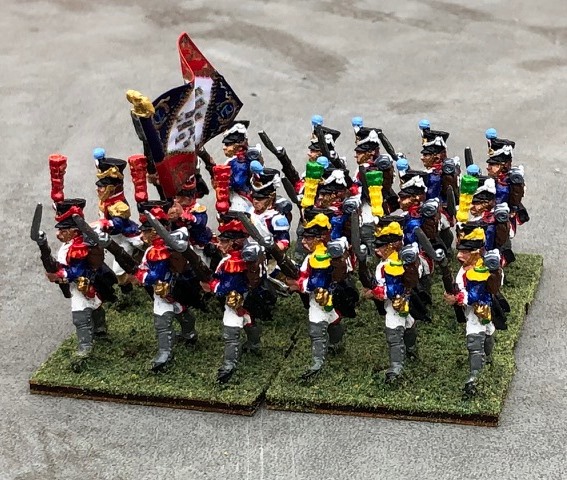 During 1813, the Regiment served  in Germany, fighting at  Bautzen, Gross Beeren, and Dennewitz. 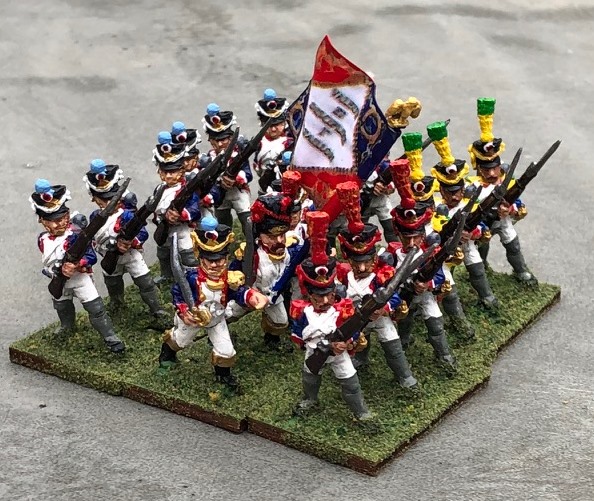 For the battles of 1814,the regiment returned to its earlier stomping grounds in Italy.
Posted by Gonsalvo at 11:05 PM