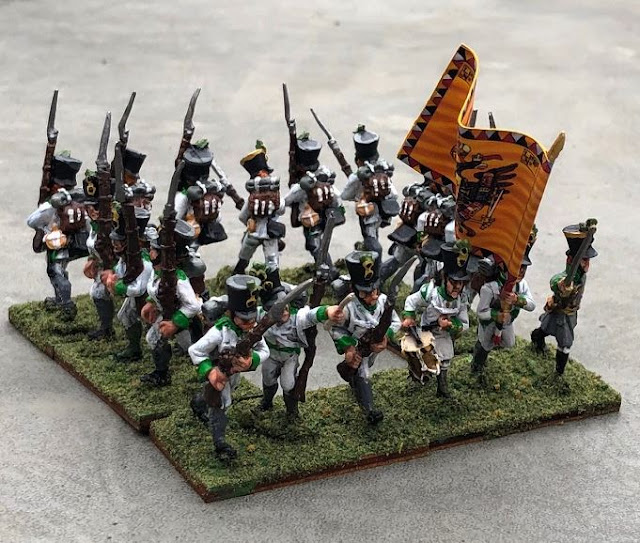 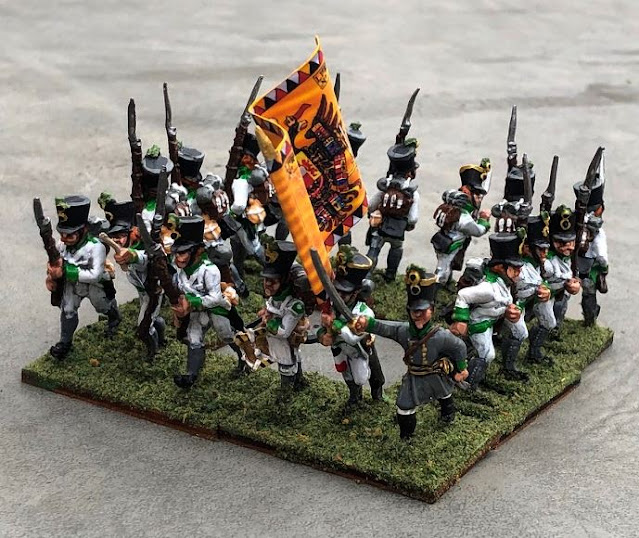 It was recruited chiefly in Carinthia (Inner Austria), and the facing color is variably described as "Bright Green", "parrot green", Poplar Green (probably mistranslation). I went with Bright Green (Delta Ceramcoat "Jubilee Green"), as shown in Enrico Acerbi's volum eon the Austrian Army, but likely the somewhat sickly yellow-green of "Parrot Green" would be more correct. 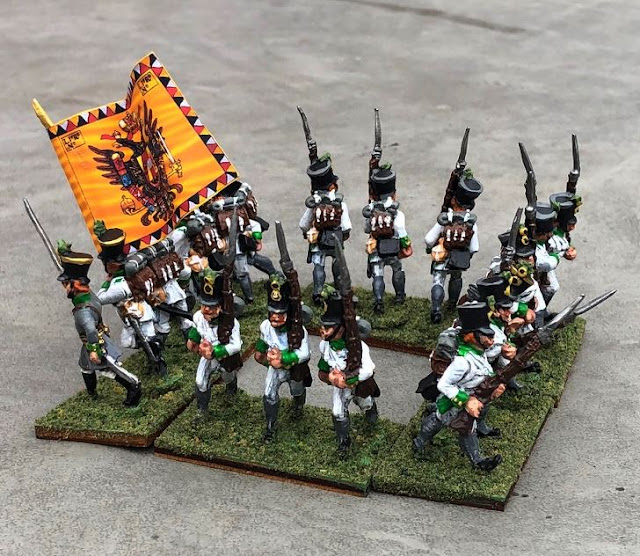 In 1809 it served in the VII Corps under Chasteler, fighting  at Klagenfurt and a number of other minor actions in the Tyrol. 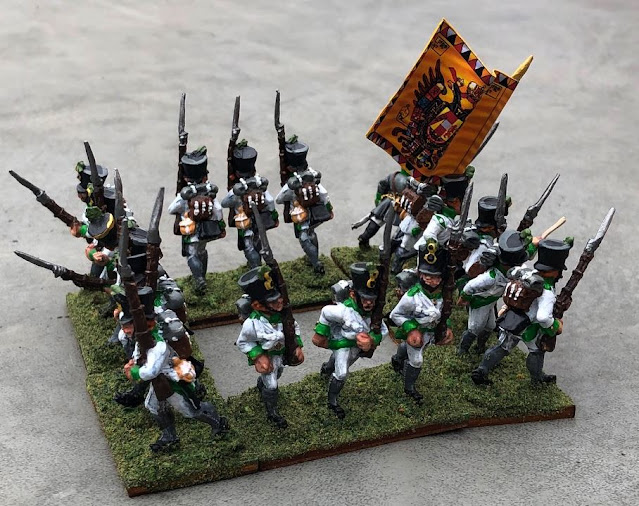 These are once again "old" (aside from the command figures) Old Glory figures, part of the "300 Austrians" purchased at Historicon - Valley Forge, in 2011.
Posted by Gonsalvo at 9:43 PM