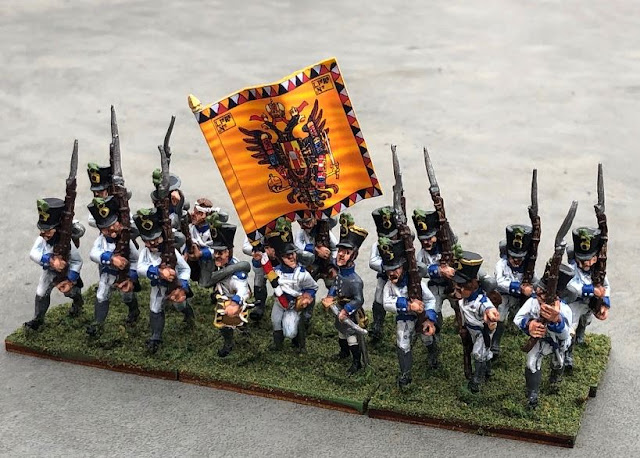 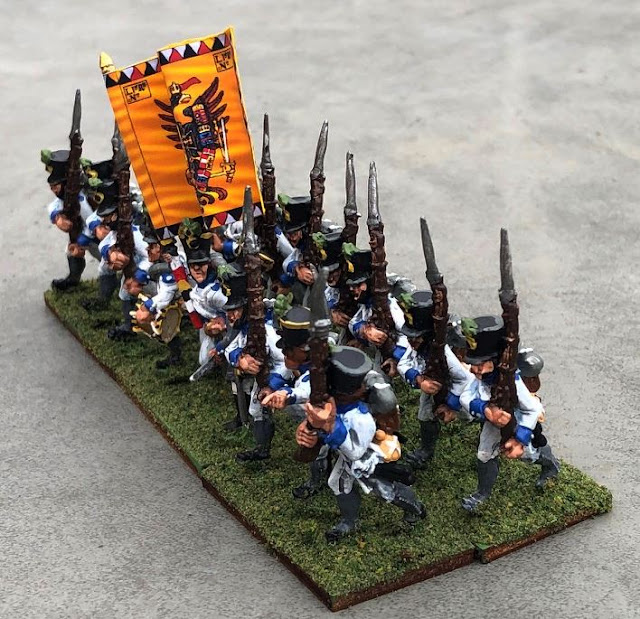 Succeeding him as Inhaber from 1803 - 1815 was Karl-Friedrich, Feldmarshalleutnant Baron Lindenau 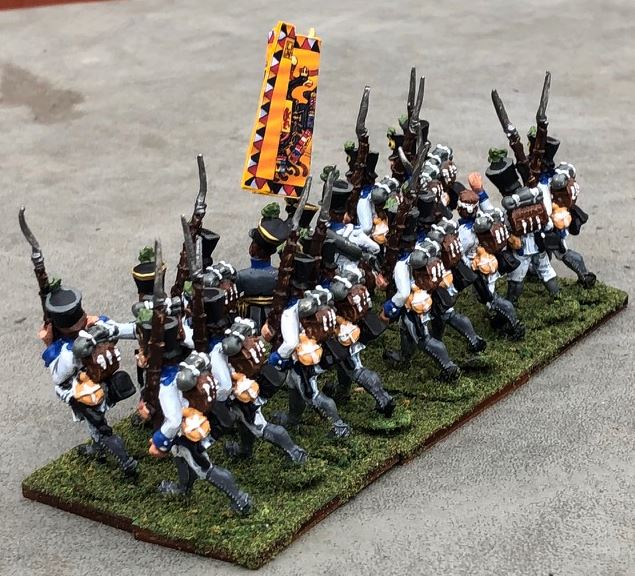 The facing color is described as Bleumorant, and should probably be lighter and grayer in hue, but I used Delta CC "Blue Bayou". 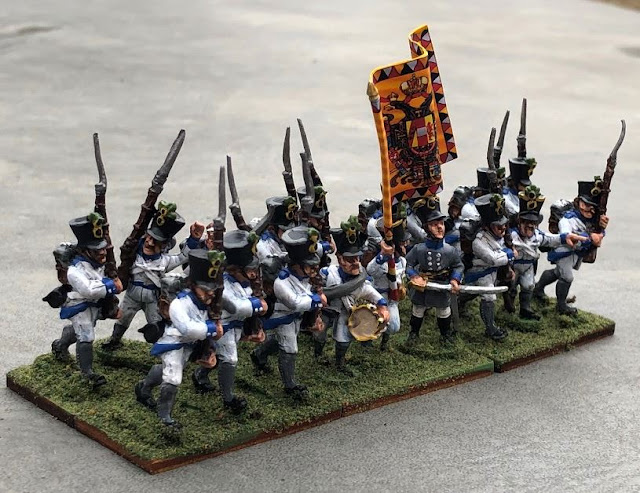 Originally assigned to the III Corps in 1809, it wound up in fact serving in the V Corps under Erzherzog  Ludwig, and participated in the battles of Abesnberg and Landshut. 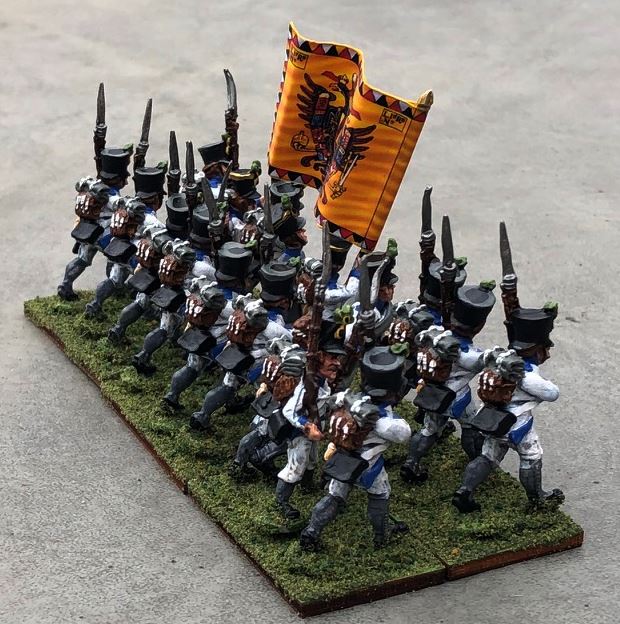 It formed part of the wing of the Army commanded by Hiller after the Battle of Eggmuhl. thus seeing action at the battles of Neustadt and Ebelsberg, before reuniting with the main army and watching the Northern Danube crossings during the battles of Aspern and Wagram, and finally fighting at Znaim.
Posted by Gonsalvo at 10:57 PM