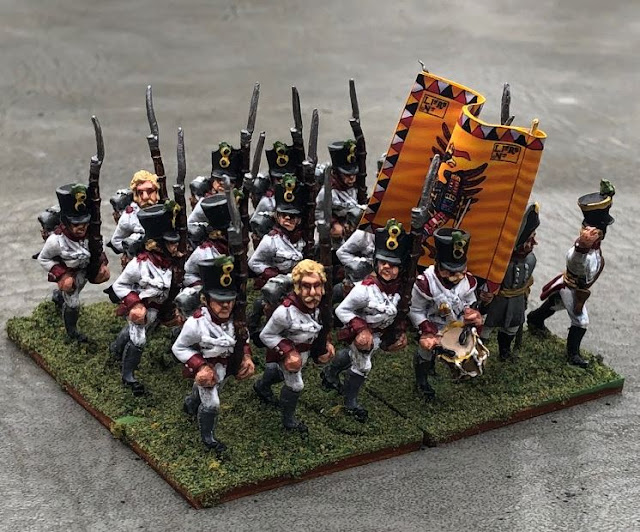 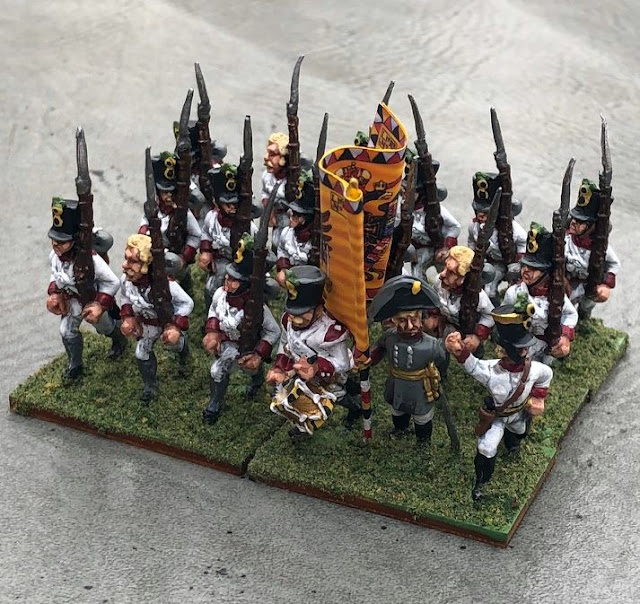 The regiment was recruited in Galicia, and had Madder Red  (or Krebsrot - "Crab Red") facings. This natural red die could result in a wide variety of red and orange hues, but it seems that a deep crimson to maroon to even brown color was what the Austrians meant by this; I have used Americana Deep Burgundy. 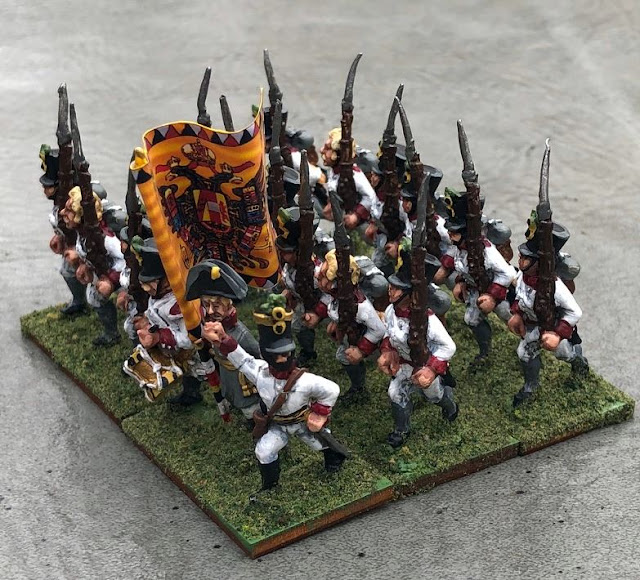 In 1809, it fought as part of Hohenlohe's IV Corps at the Battle of Teugen-Hausen. It suffered heavy losses in the actions before during, and after Eggmuhl, thereafter retreating across the Danube at Ratisbon (Regensburg). 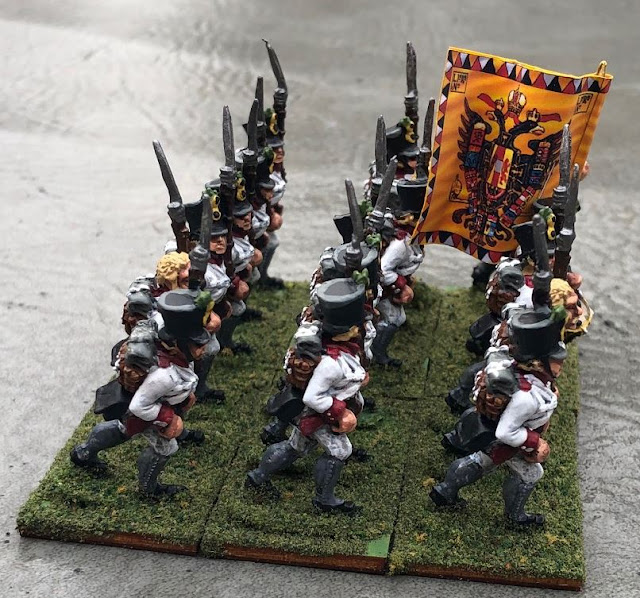 The regiment fought at Essling as part of Rosenbergs''5th Column. At Wagram, the regiment fought on the Austrian left as part of Nordman's Advanced Guard.