Bright and early, at 9 AM on Thursday, I ran the first of my three Ramses II Trilogy games. We had a full slate of 8 players, with about half having played To the Strongest previously, and about half not having done so. 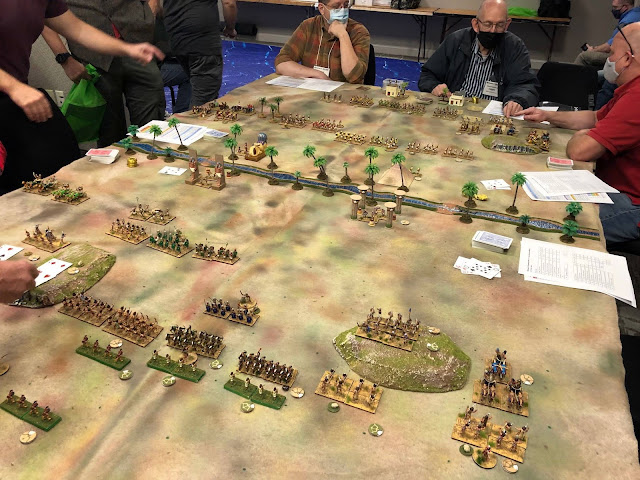 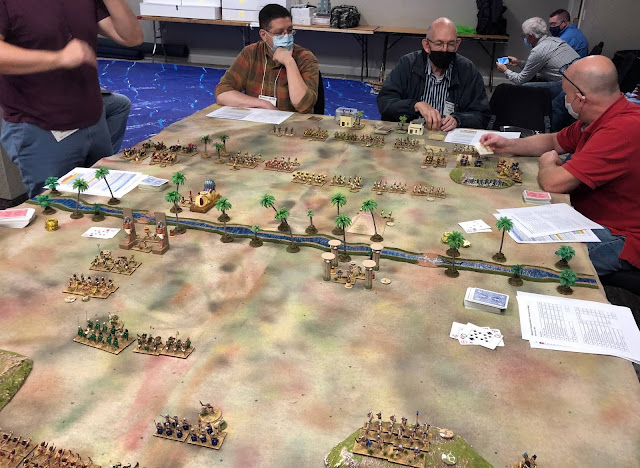 Veteran TTS! gamer and freind Jeff Grein (red shirt) helped the game on the East side running smoothly, while I mostly assisted the players on the West side. 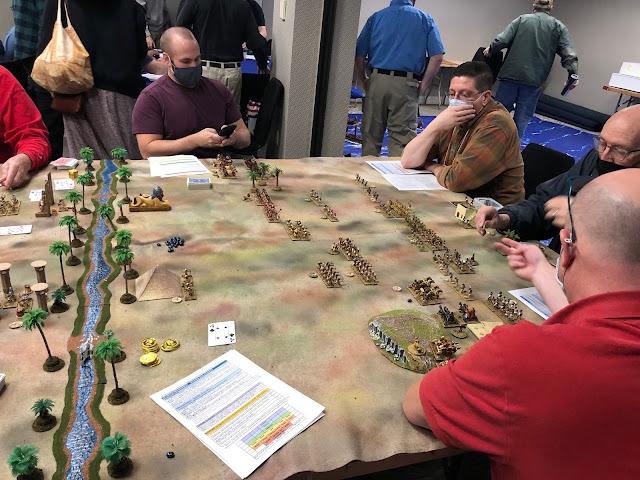 The Egyptians advanced boldly against the Canaanites. 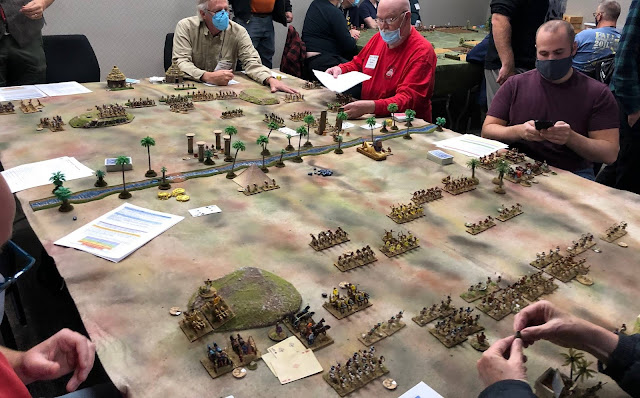 Egyptian Chariots gaini9ng the upper hand to the South, but giving ground to the North. 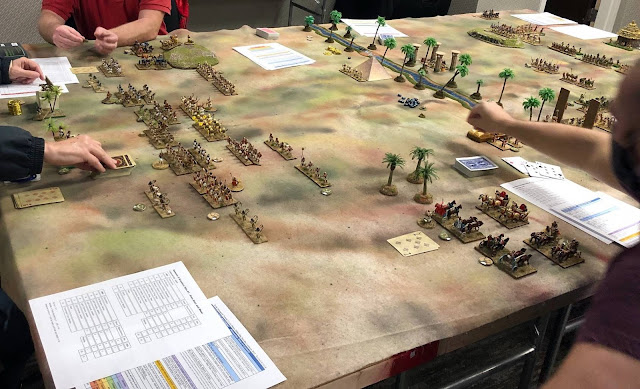 Another view of the Canaanite - Egyptian combat. 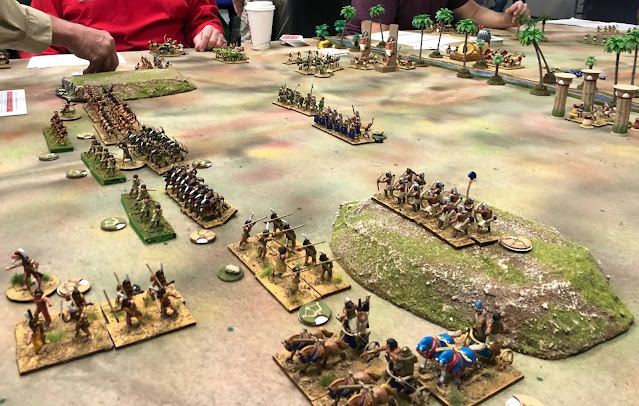 Ramses and his chariotry threatens to sweep around the Libyan right. 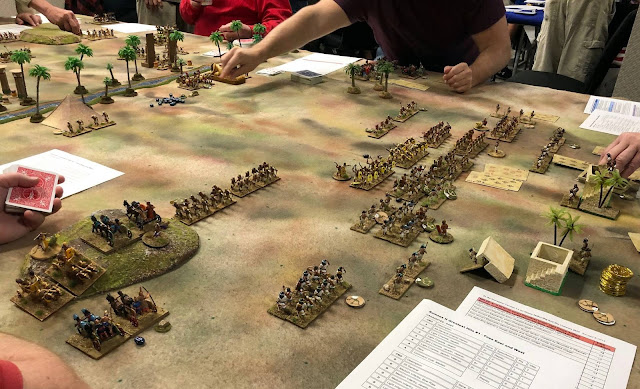 A tremor evidently caused one of the villages to collapse! 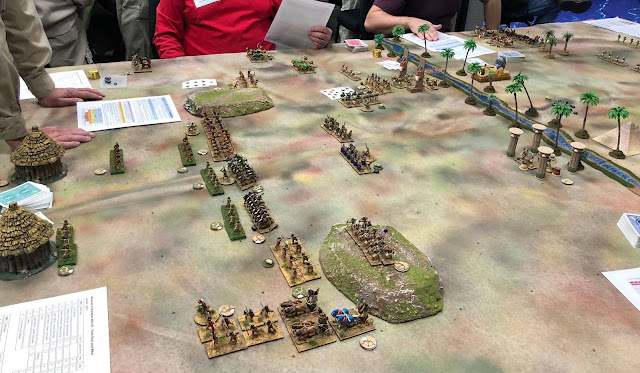 The Libyans to the North (top of picture) pressed ahead vigorously, seeking to sack the Egyptian camp. The came close twice, but never succeeded. 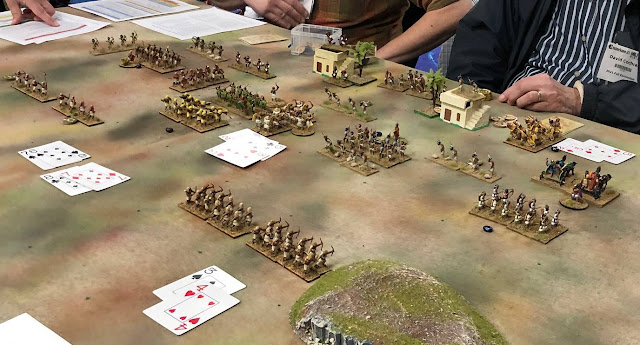 Egyptian archers of Division re pepper the Canaanites with arrows. 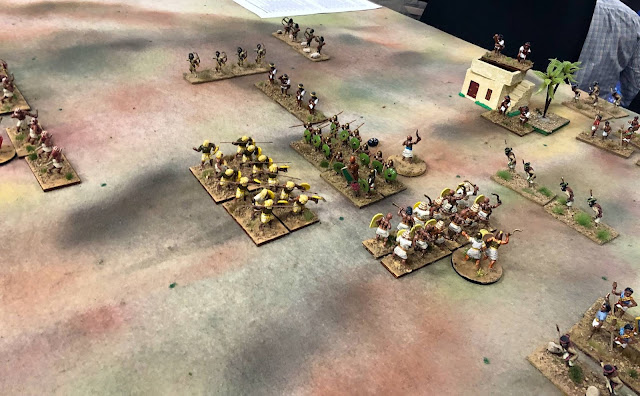 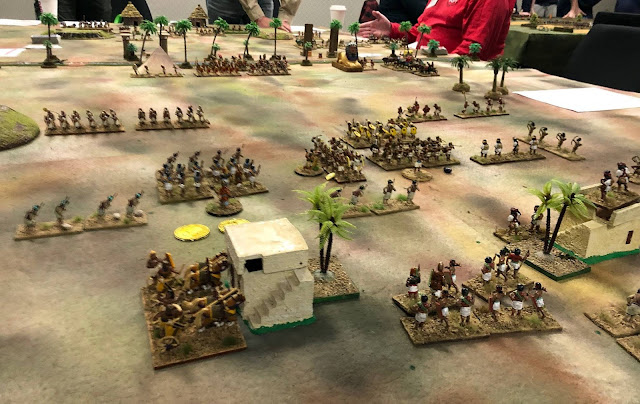 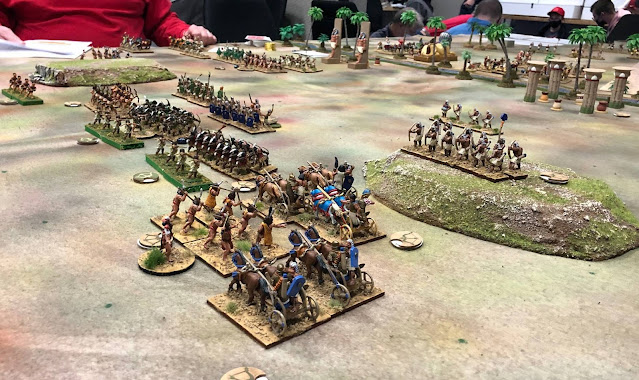 Charging an open flank, Ramses is in turn hit from the flank. Double hit cards...and the Pharaoh is hit; it is a serious wound, and he is whisked off the field, but will return to fight another day. 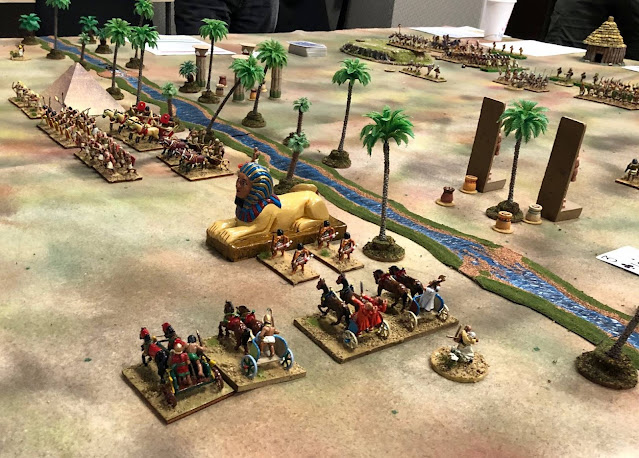 Canaanite chariots fail to take the camp from the defending Egyptian archers!
The Egyptians lining the Nile are all casualties.
In the end, the Canaanites prevailed to the East, whilst the Egyptians prevailed to the West of the Nile; we called it a draw, but with Ramses lucky to survive, barely!