Friday, I once again ran my game in the morning, so i was free to roam the convention in the afternoon and evening... 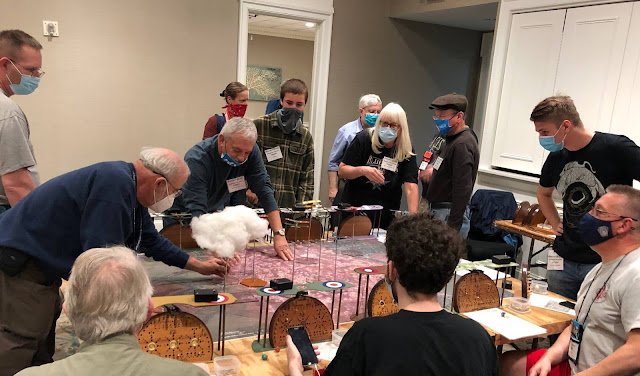 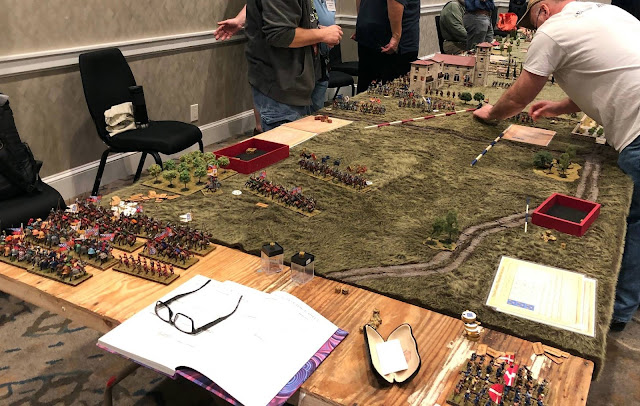 Rules were Pike and Shotte, I believe. 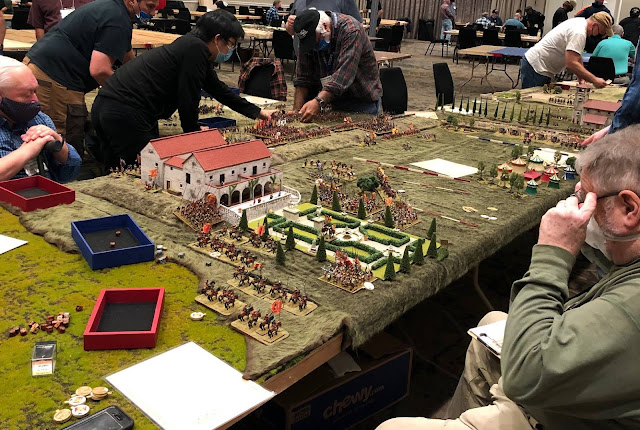 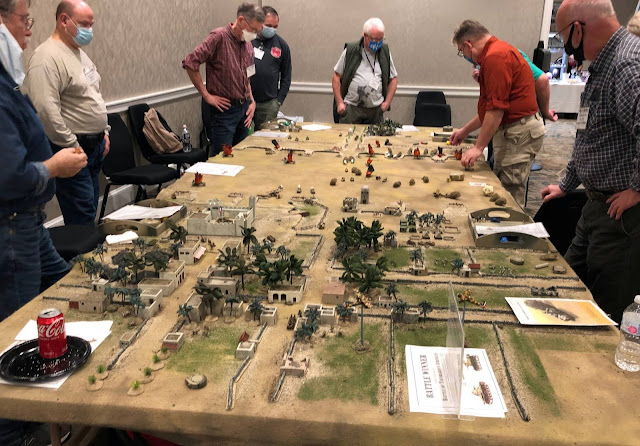 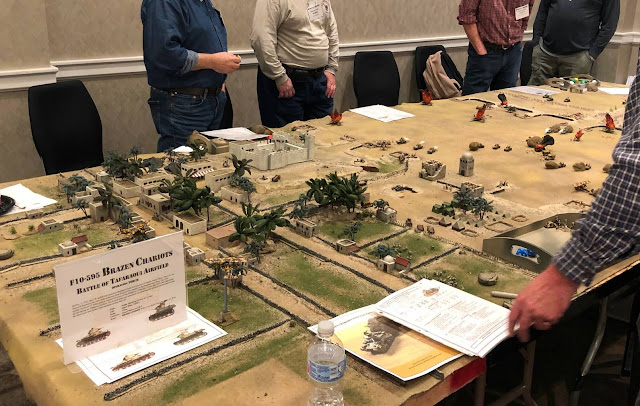 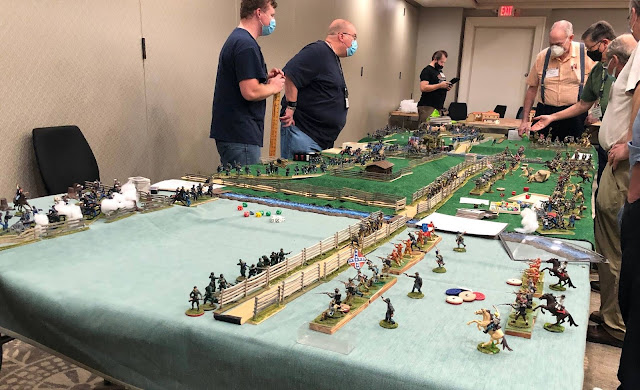 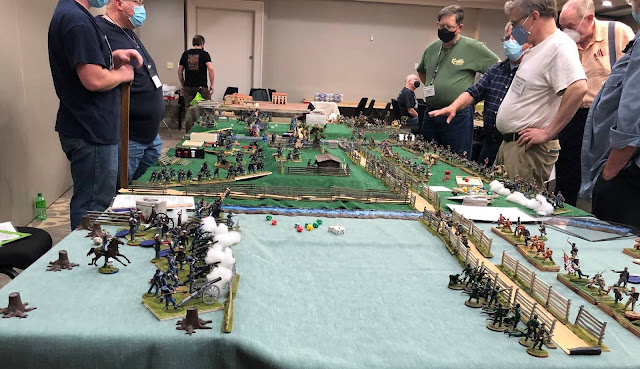 All the King's Men ? rules 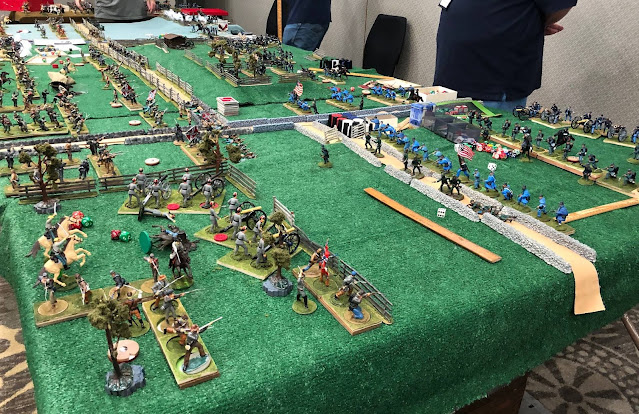 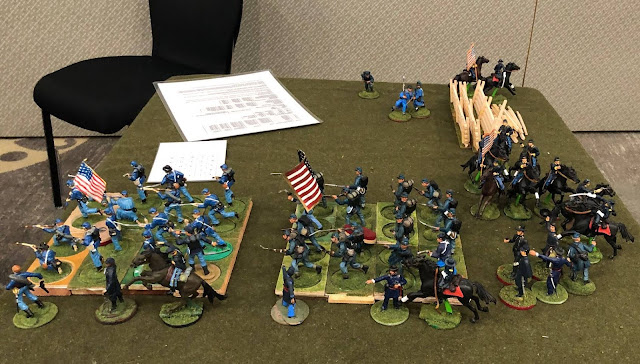 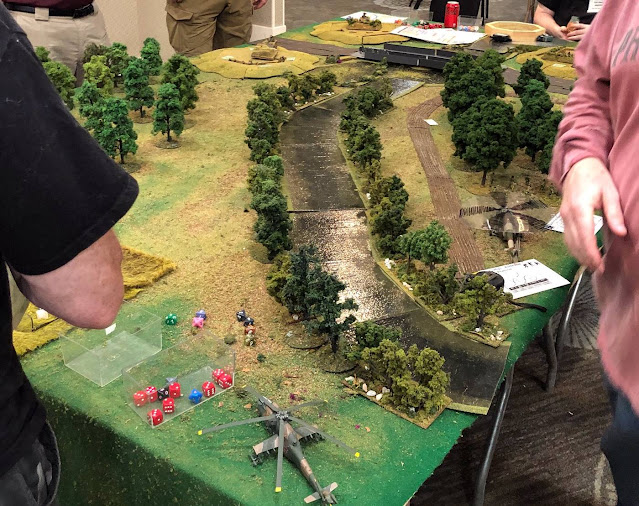 Along the Mekong River in Vietnam, I think. 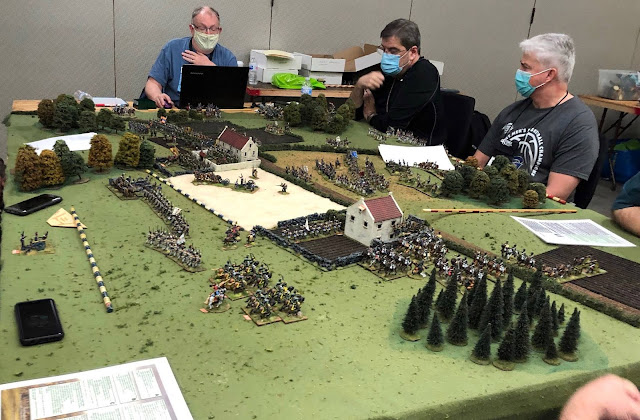 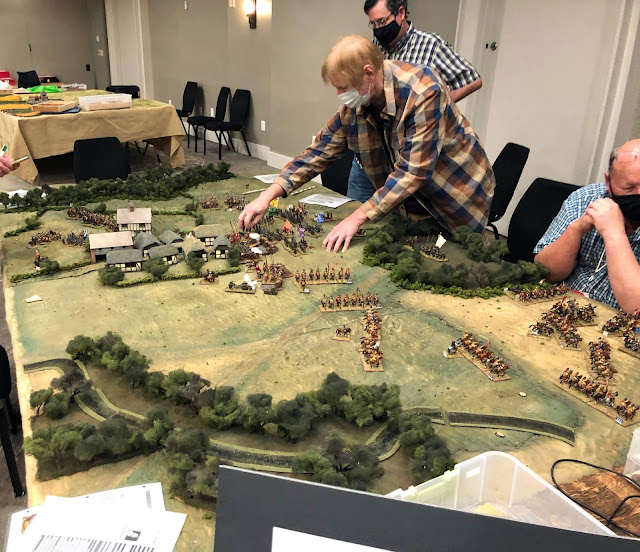 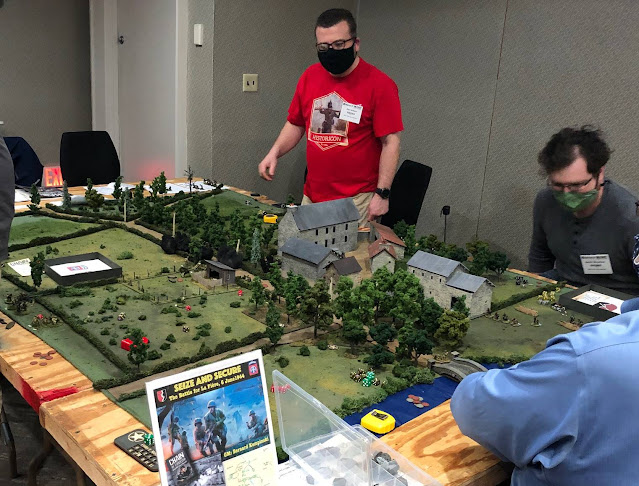 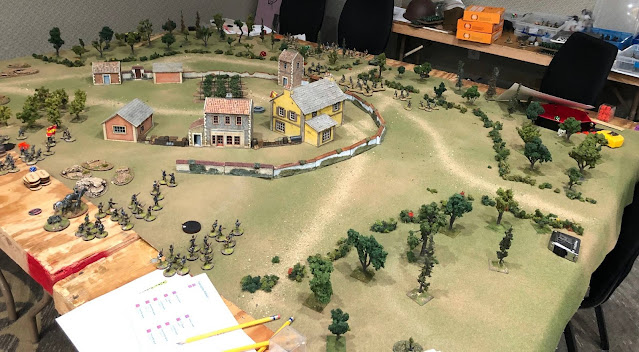 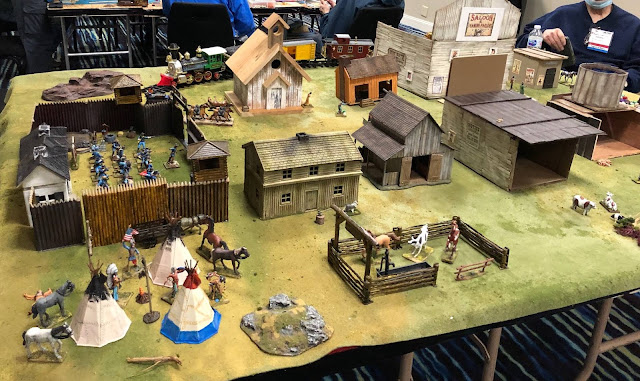 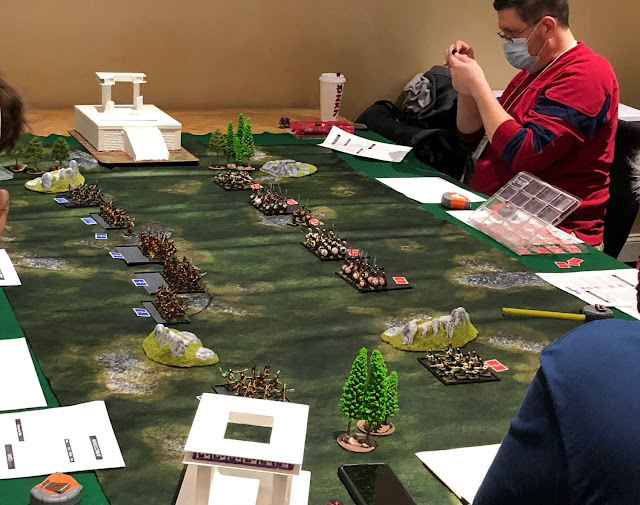 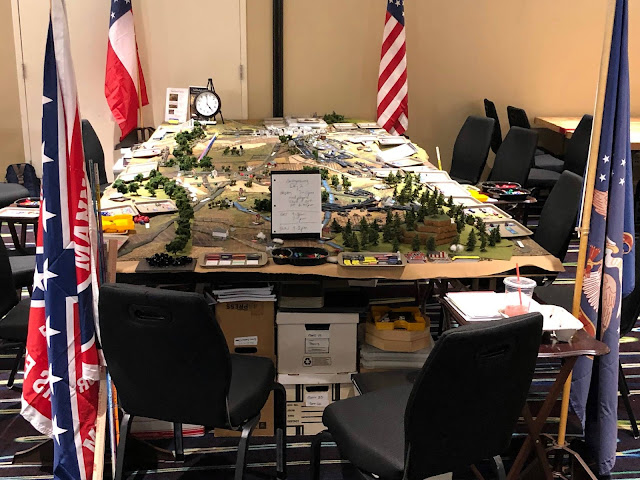 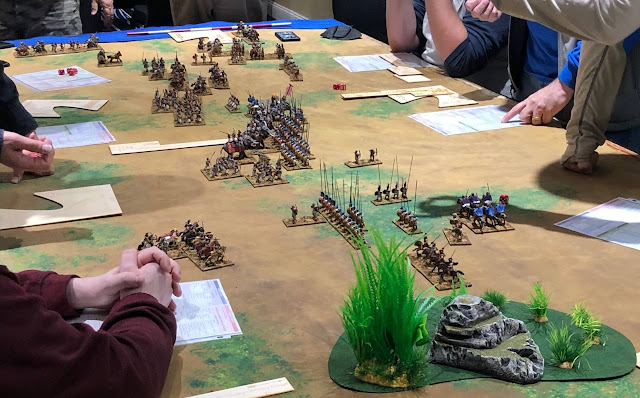 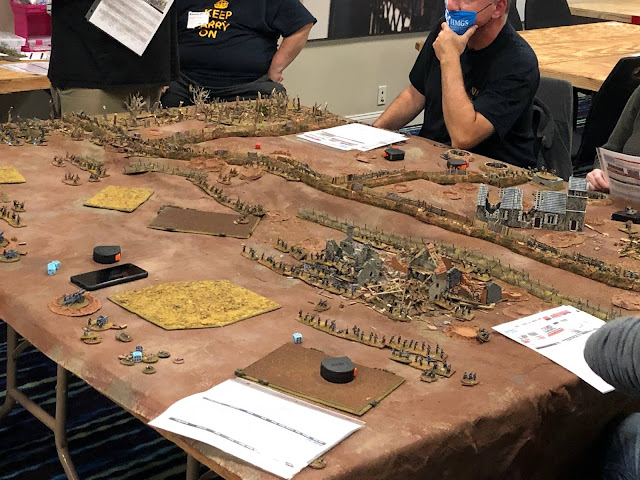 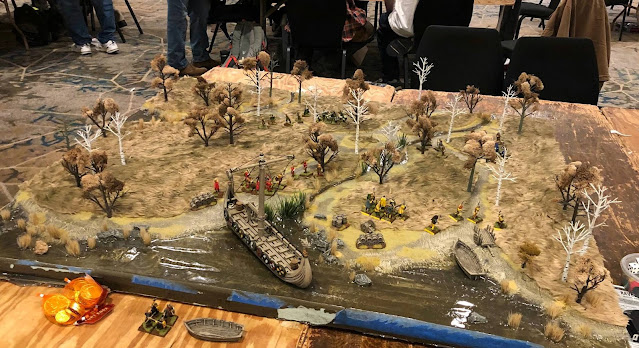 Greg and the Little Wars guys - Viking raid on Saxons 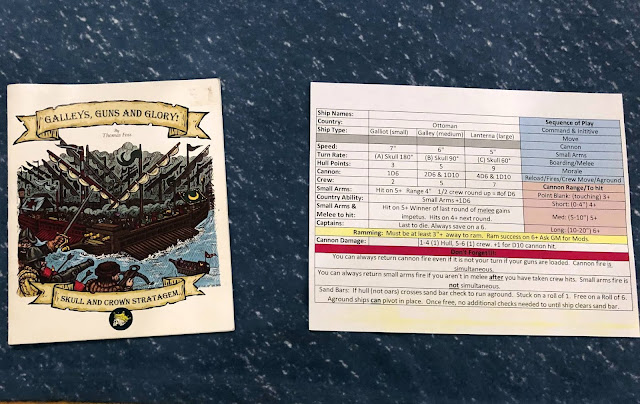 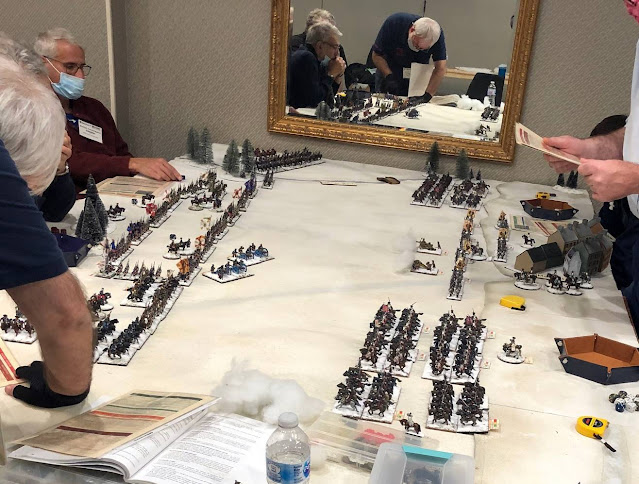 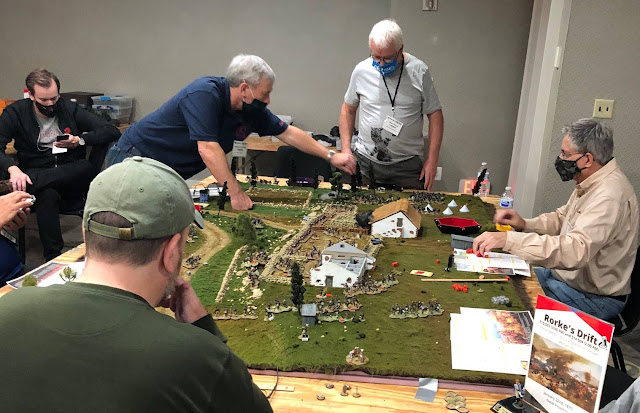 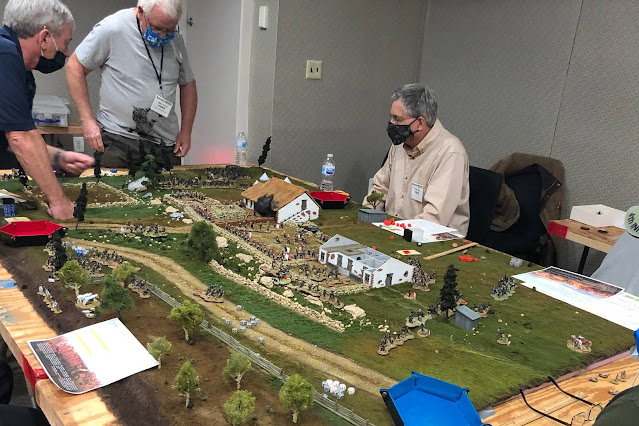 I spent some time at the Flea Market sessions (Wally's Basement), nothing notable acquired, really. Bought some trees from Battlefield Terrain Concepts, a bit of paint, and a 28 mm Obelisk at the dealer's area. Loot Tally such as it was, in a later post. Food was limited to the food court in the evening and AM on Thursday; I wound up going out to shop[ at at Wegman's a few miles away and bought all my food for the week there. I really didn't want to be eating with my mask off around others anyway, so I just ate in my room. Not as personable as I would have liked like, but safer!

Email ThisBlogThis!Share to TwitterShare to FacebookShare to Pinterest
Labels: Historicon