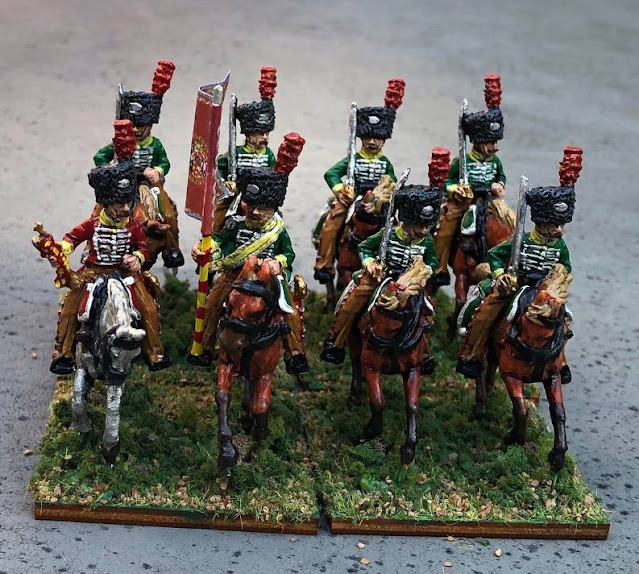 Or in English, they are the Horse Grenadiers of Fernando the 7th; much akin in name to Grenadiers a Cheval.  Despite the name, this was a Light Cavalry outfit. 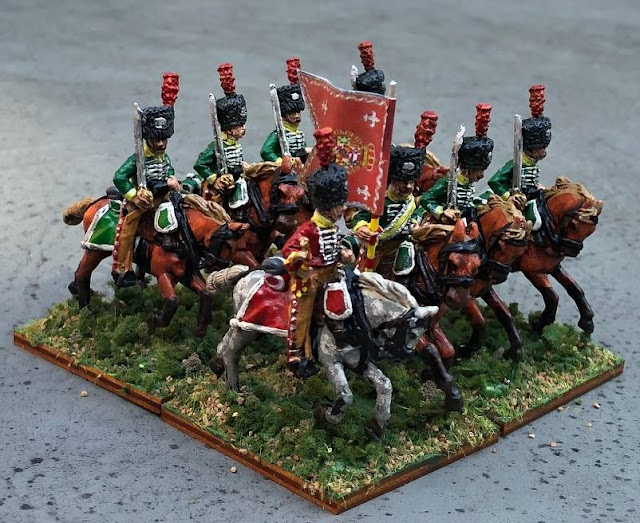 It was a volunteer unit raised September 8, 1808, by Count Fernan Nunez, with three squadrons and 540 men total. 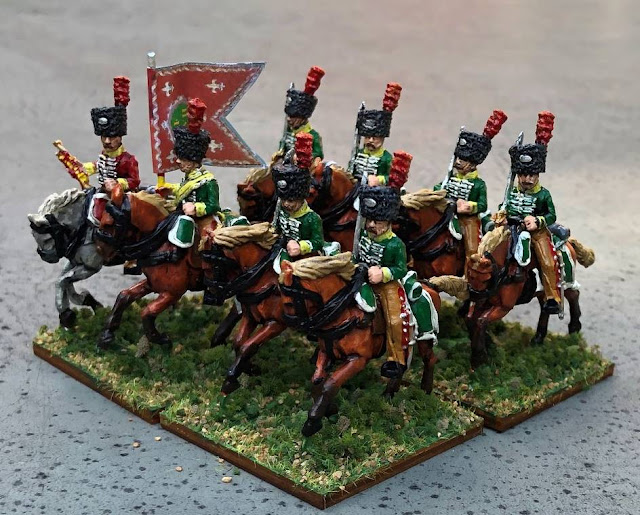 These fine fellows are Perry figures. The unit initially wore bearskin colpacks, but is depicted in shakos by 1810. 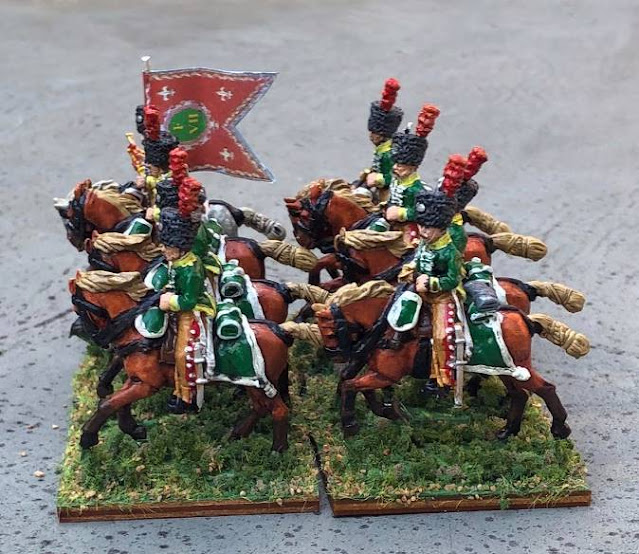 It was converted into Hussars on May 1, 1811 (one of 4 Hussar units remaining at that time). They are then shown wearing a similar uniform, but with yellow breaches, and a green pelisse with black fur, laced white. 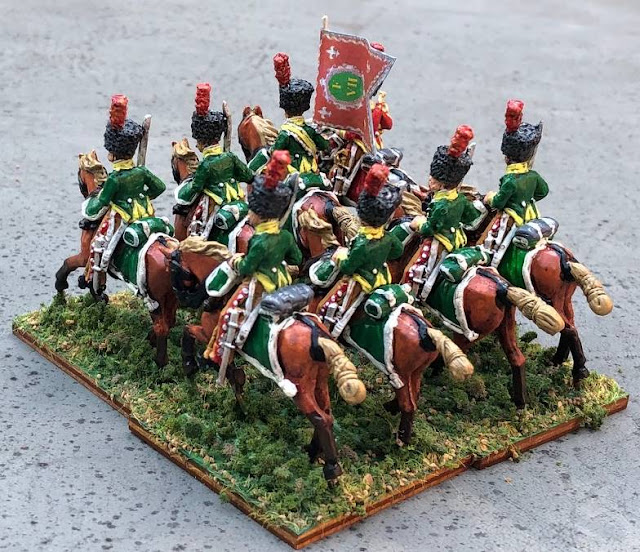 The unit continued past the end of the Napoleonics Wars as the  Husares de Fernando VII, but was eventually disbanded in 1825. 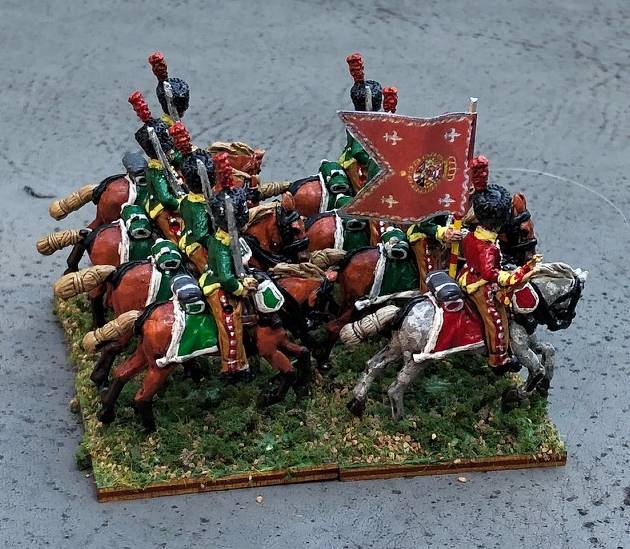 Some sources show the borders of the shabraque in yellow instead of white, and some show the plate on the colpack to be brass as opposed to silver. In either case the plaque bore a F-VII monogram.  I have gone with the more standard interpretation.
The trumpeter's uniform is somewhat speculative, but follows the usual pattern for Spanish Cavalry - red coats with facings as per the regiment. Yellow faced green would be the main other option for the trumpeter's uniform.

The standard is unknown; I have used one for the Lusitania Dragoons, modified to replace the badge with a gold F VII monogram on a green field, almost certainly incorrect, but it works! I painted over the black cravat of the "Dragoons of Death" for the actual unit.