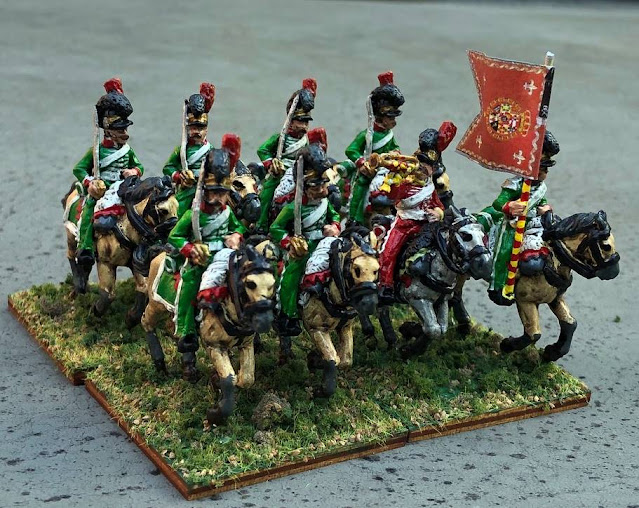 The first unit of Spanish Cazadores a Caballo (literally "Hunters on Horseback", akin to French Chassuers a Cheval, or German Jagers zu Pferde) was raised in 1762. 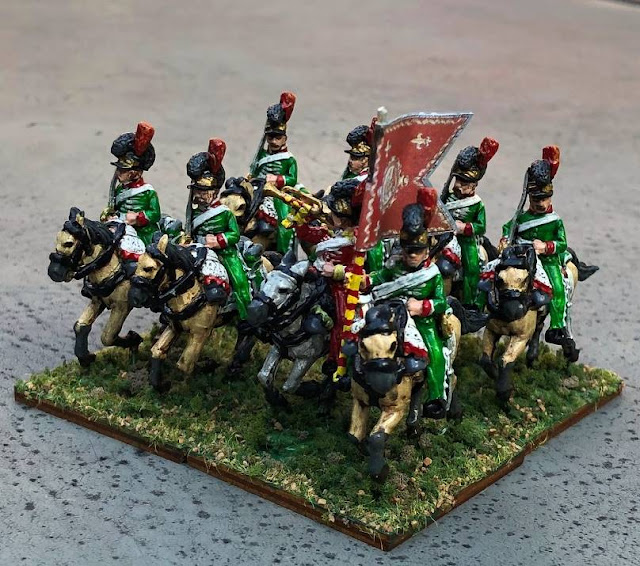 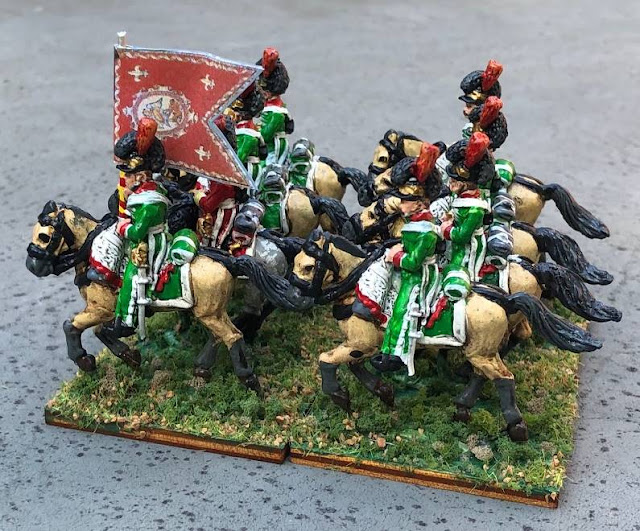 In 1805, those 8 regiments were then converted back into yellow coated dragoons, and the former Cazadores, the Voluntarios de Espana and the Olivenza converted back to Cazadores again!
More money for uncle Roberto! 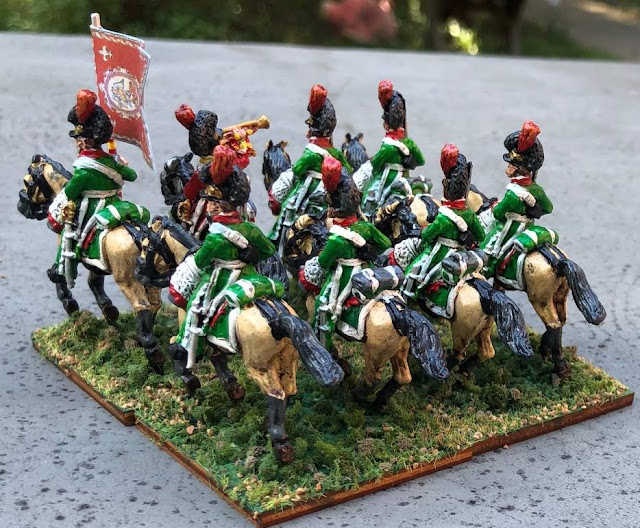 The Voluntarios had a similar uniform with sky blue collars, cuffs, and waistcoats, in place of  the red of the Olivecza regiment. A shako was also adopted (officially) at that time. 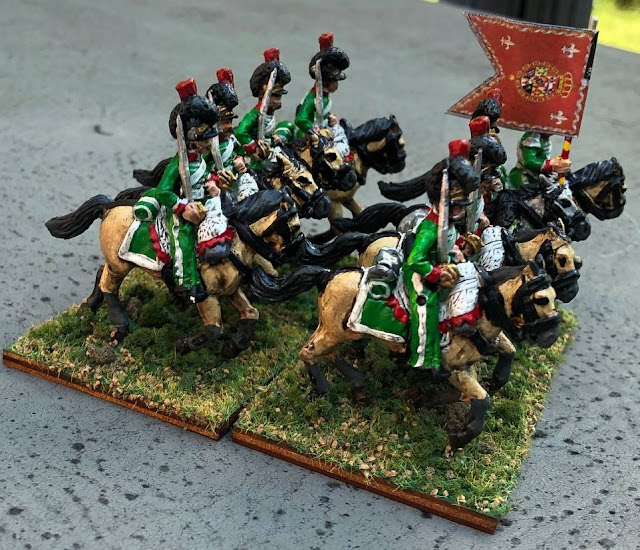 I have always loved the depiction of the Cazadores a Caballo in the Funken books of the 1970's.  I have thus  chosen to show the unit in their earlier Tarleton style helmets (properly part of the uniform of the 1802-1805 Dragoons!). 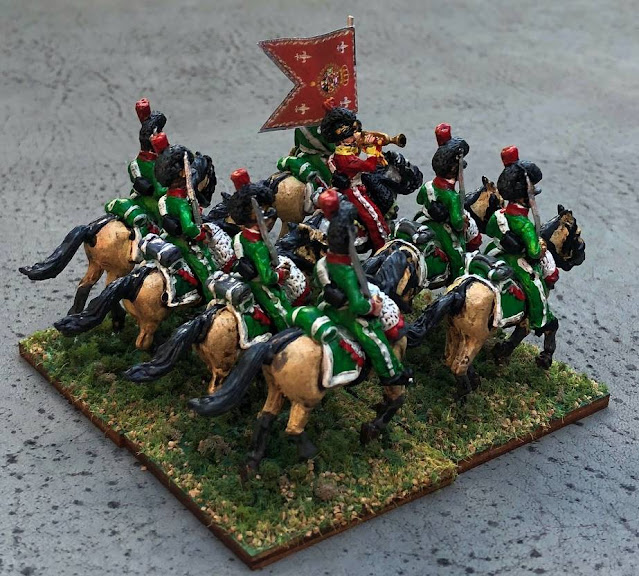 The figures used are in fact Perry British Light Dragoons in their earlier uniforms. The chest lace was painted on (easy enough to do), as the Perry's depicted these troopers in their every day uniforms, without the braid.

The standard is that of the Numancia Dragoons. Even though the Cazadores likely didn't carry standards in the field, mine had to! I chose this flag chiefly because I was too cheap to pay for shipping for just 2 more of the otherwise excellent Adolfo Ramos flags.

The flag above is taken from the excellent Little Wars site: http://littlewars.se/spanish/dragoons.html