In the Starfleet Wars setting, the Entomalians have the most numerous fleet by far, but their ships are the least powerful individually. However, as the well worn adage goes, "Quantity has a Quality all its own!', and no other power can com close to matching the overall strength of the Entomalian fleet. Described as being an insectoid race with a highly stylized caste system and probable telepathic mind control of the lower orders, the Entomalians are more or less constantly at war with all of the other factions.

The Entomalians were originally collected by my long time friend, Chuck. However, he never really got around to painting them, and after many years of inaction, turned them over to me. It has only taken me another 16 years to get around to painting them myself, but I rather like the way they have turned out, which makes me want to expand the Fleet further, now that they are available once again as the Galactic Knights range (from Monday Knight Productions or The Panzer Depot). First I have to paint all the ships I already have, though! Here are the first lot, the workhorse smaller classes of the Fleet. 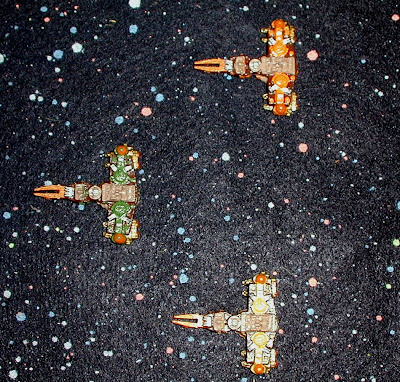 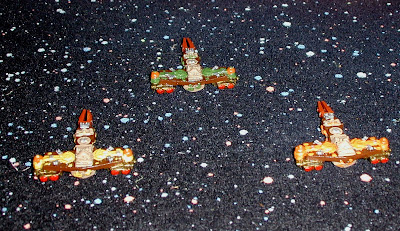 The Entomalian Fleet is distinguished by brown hulls... at least in my universe! 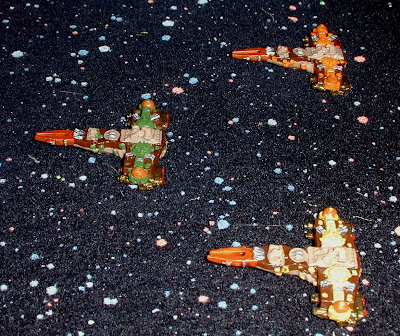 Each ship of the squadron has its own "facing color". 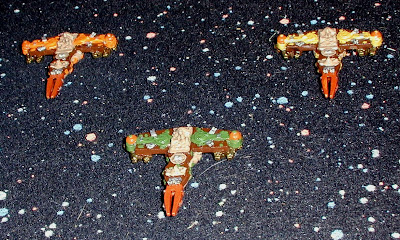 That's Vallejo "Copper" on the "stingers"... 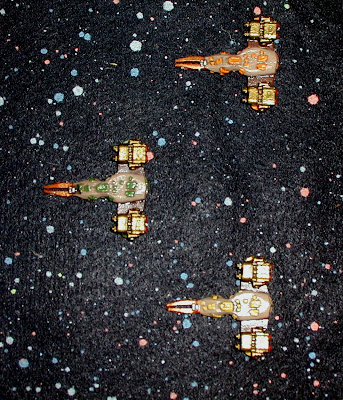 The usual fine detailing on the undersides, characteristic of the line. 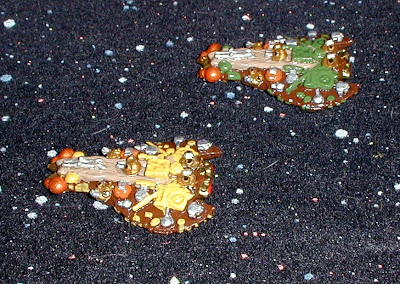 These are Entomalian Stellar Destroyer Leaders, released after the original set of five ships per faction. 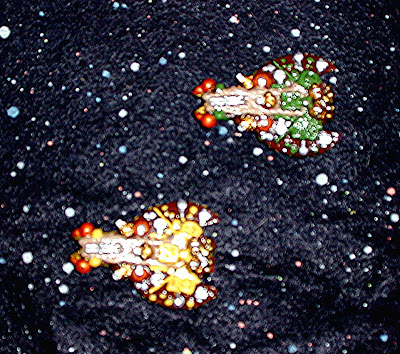 A blurry shot, but the amount of detail is still impressive. 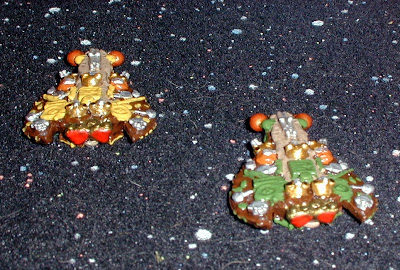 These particular models were among the last of the Starfleet Wars ships released. 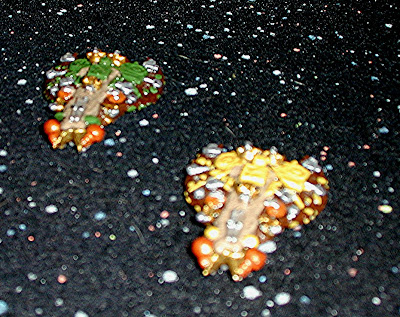 The "Bug-eyes" bring Vincent Price's "The Fly" to mind... 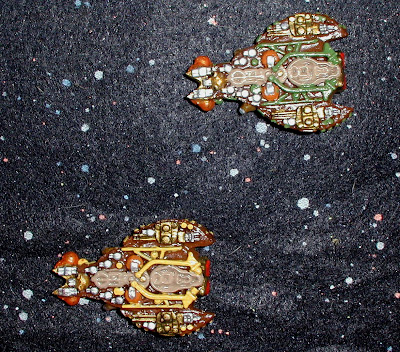 Once again, the undersides of the ships are just as heavily detailed as the tops sides. 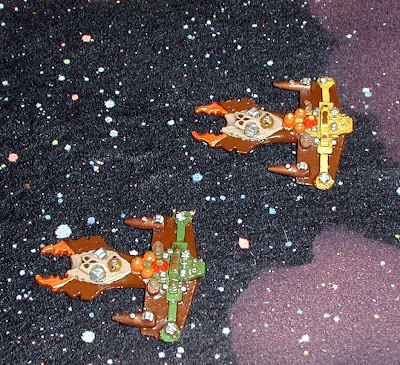 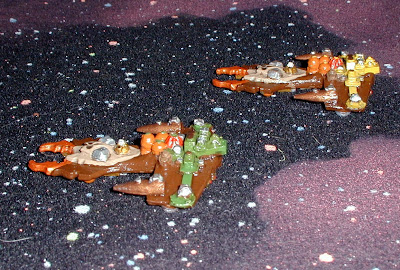 They actually look less heavily armed than the SDL's, don't they? 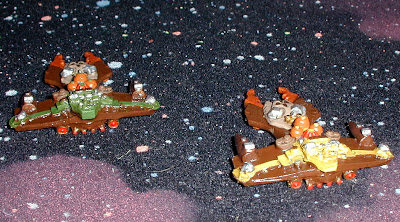 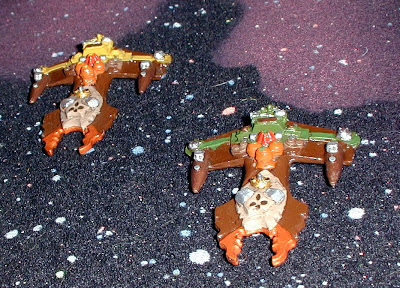 The insectoid inspiration for the ships remains very evident. 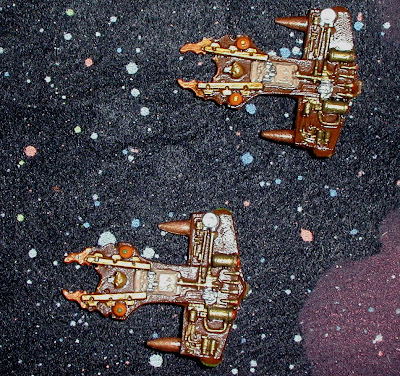 Nice detailing on the undersides once again.

On to the bigger ships of the fleet for my next group!