Before continuing on, I thought a few simple line drawings might be helpful: 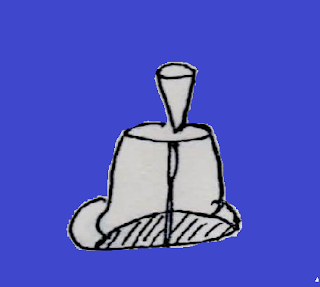 A sketch of  the 1801 - 1807 Infantry hat, viewed from the left side. It is sometimes shown considerably taller, and with the brim rolled up all around instead of just on the left side. 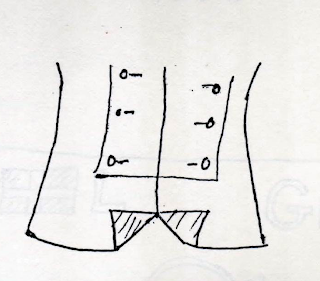 A sketch of the pattern for the short Danish jackets, showing the frontal turnbacks unique to them. 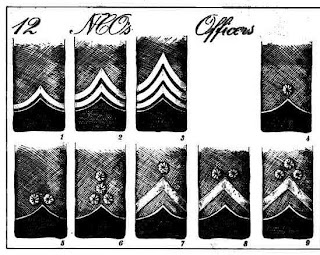 From the Text to the Hansen plate on the 3rd Infantry Regiment Jutland (see below). This sketch illustrates the system of cuff based rank distinctions using lace bands and rosettes introduced in January, 1812 (in part to save money on the expensive epaulets).  1- "Vice Corporal", 2- Corporal, 3- Sergeant; 4- Second Lieutenant, 5- First lieutenant, 6- Captain, 7- Major, 8- Lieutenant Colonel, 9- Colonel

Continuing on with more examples of Danish Line infantry in the post 1808 uniforms, we have the following: 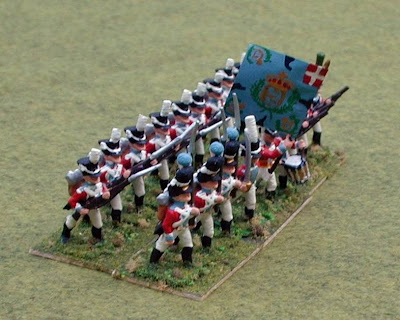 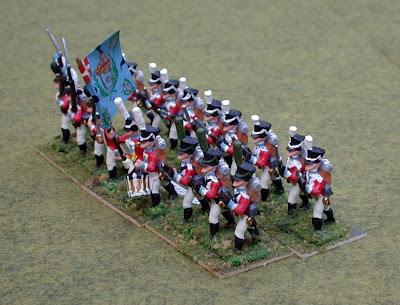 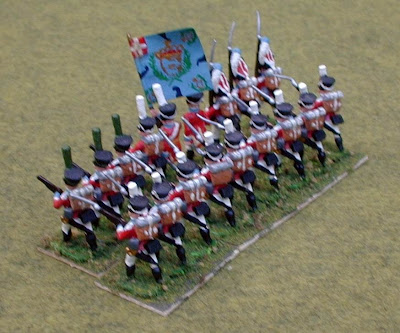 The officers should actually have mixed yellow and crimson cords on their shakos/bearskins. 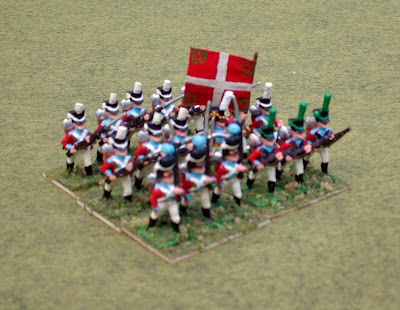 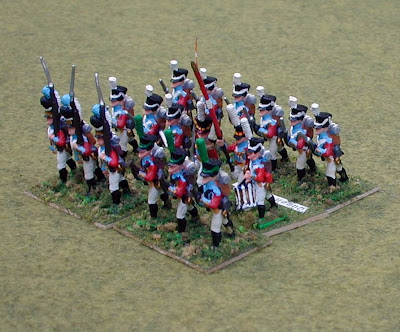 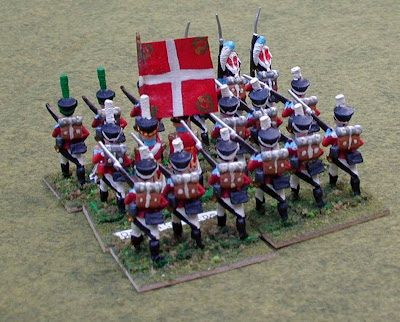 Each of the regiments had a unique combination of facing color, button color, and piping (or not). See the table in my earlier post for the details by regiment. 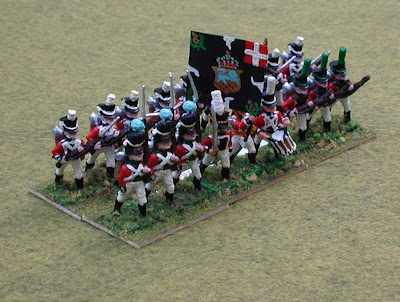 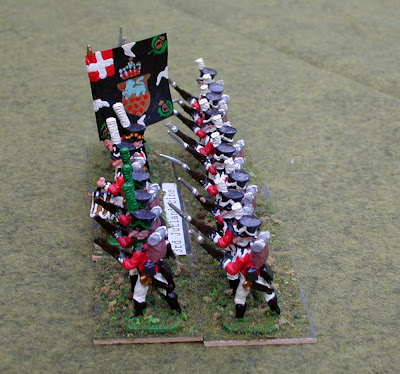 Black facings piped white, white metal; buttons. Overall, a striking unit, and a popular one with military artists. Hansen's excellent plate of this unit is shown on the Chakoten site, here. Click on the plate for a really good, up close view! 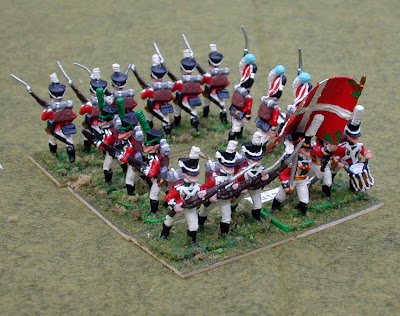 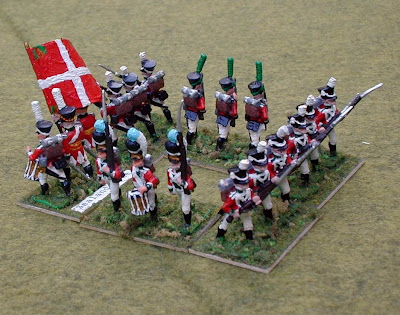 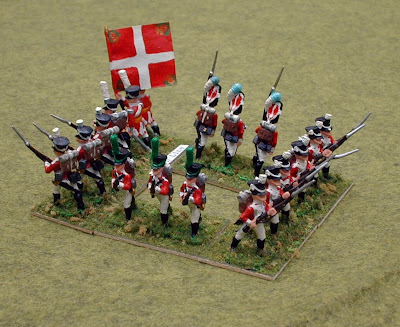 Properly, it seems that this unit was disbanded prior to the adoption of this later style of uniform, the men being in part used to expand the Marines, before those troops were in turn used to form the new Copenhagen regiment. As Zealand is the name of the island on which Copenhagen is located, in retrospect it seems to have been somewhat like a Danish shell game!

Next time:  The Danish Light Infantry.