Here are the latest additions to my Napoleonic British forces. First up is the 58th or Rutlandshire Regiment: 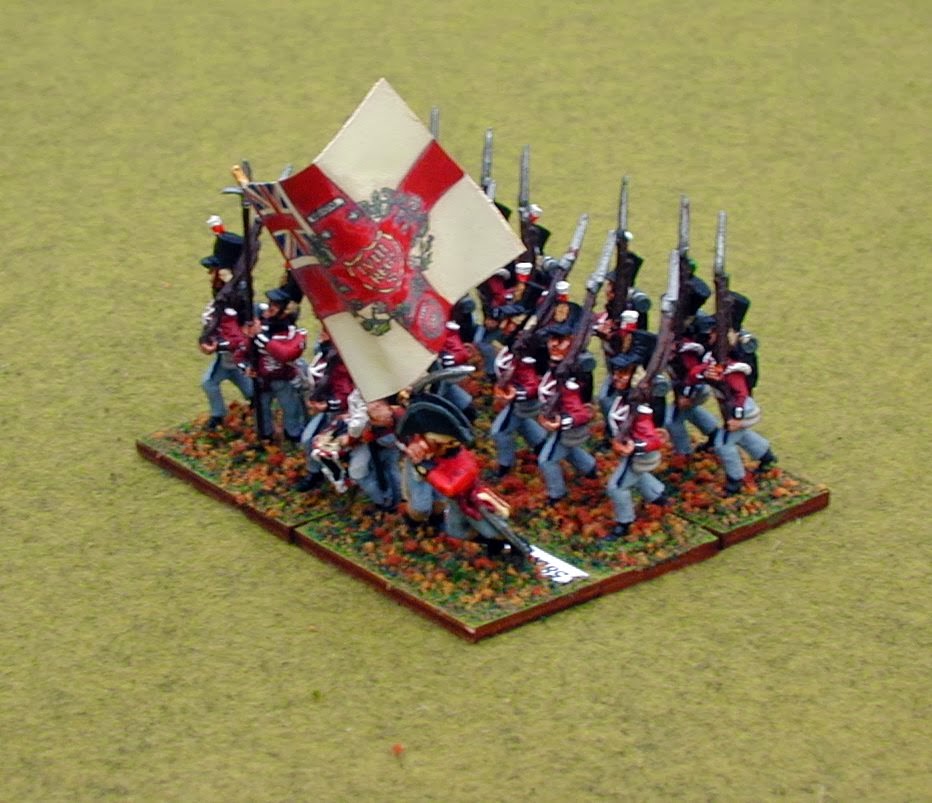 This line infantry regiment had black facings, the regimental lace had square ends and were grouped singly, and the officers had gold lace. 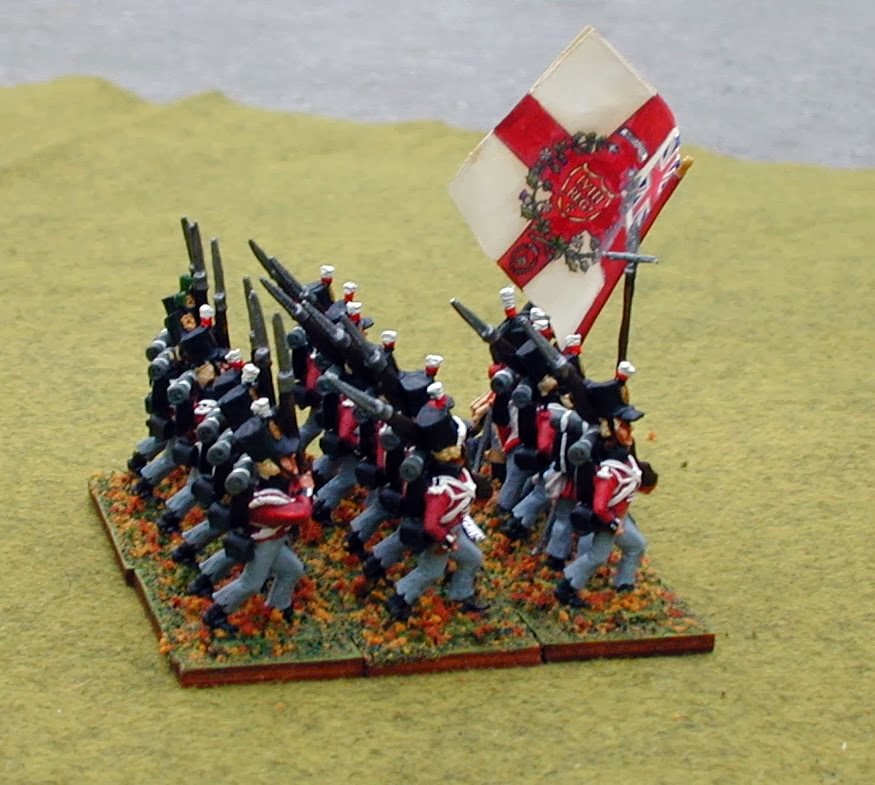 Black wasn't deemed a suitable color for flags, so British regiments with black facings had white Regimental colors instead. Also, like regiments faced in white (and also regiments with red facings), their white flags  had a large red Cross of St George overlying the field. 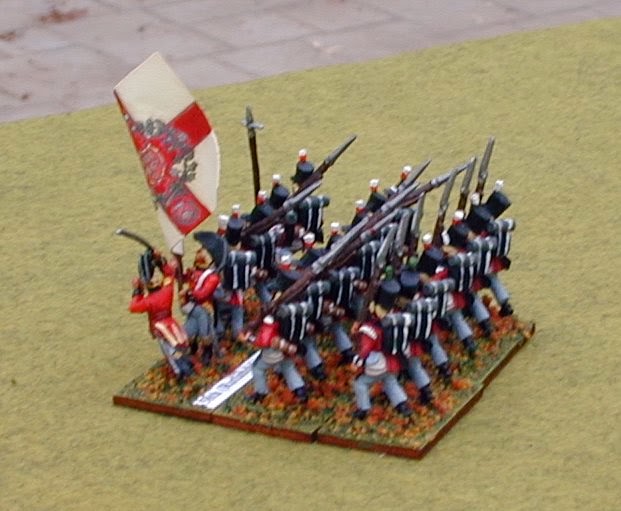 The 58th saw service in the Peninsula, fighting at Salmanca and Burgos. Earlier in the Napoleonic Wars, it fought in Egypt, Minorca, and Calabria. 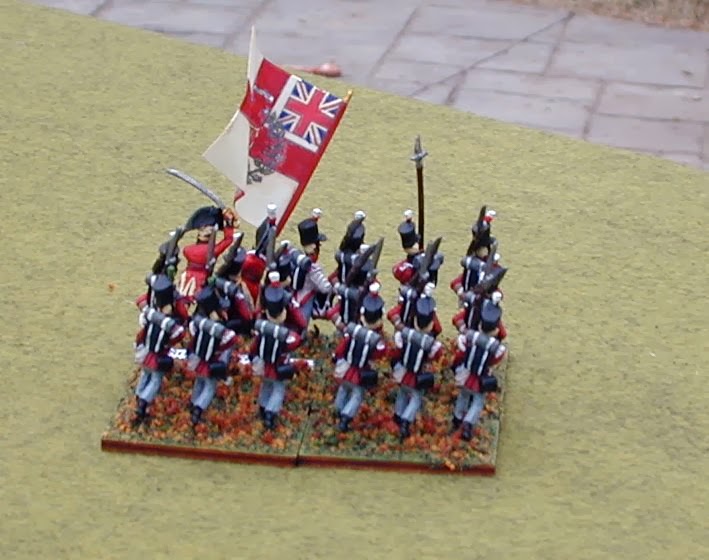 I have painted them in the more or less standard blue grey pants most often worn on campaign. 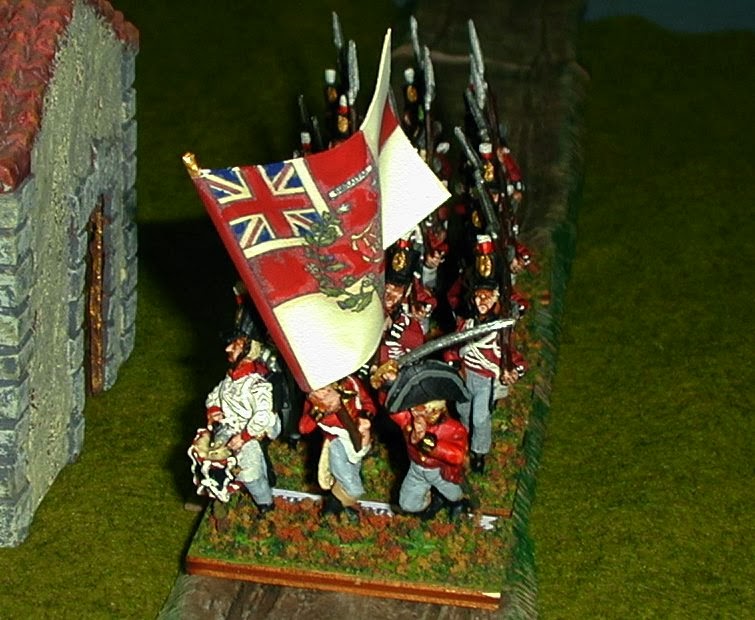 Up until 1812, drummers in the British army usually wore reversed colors, after which the practice was forbidden (Boo, Hiss!). Once again, Black was not felt to be a suitable color for British uniforms, so the drummers of regiments with black facings wore white coats faced red instead. 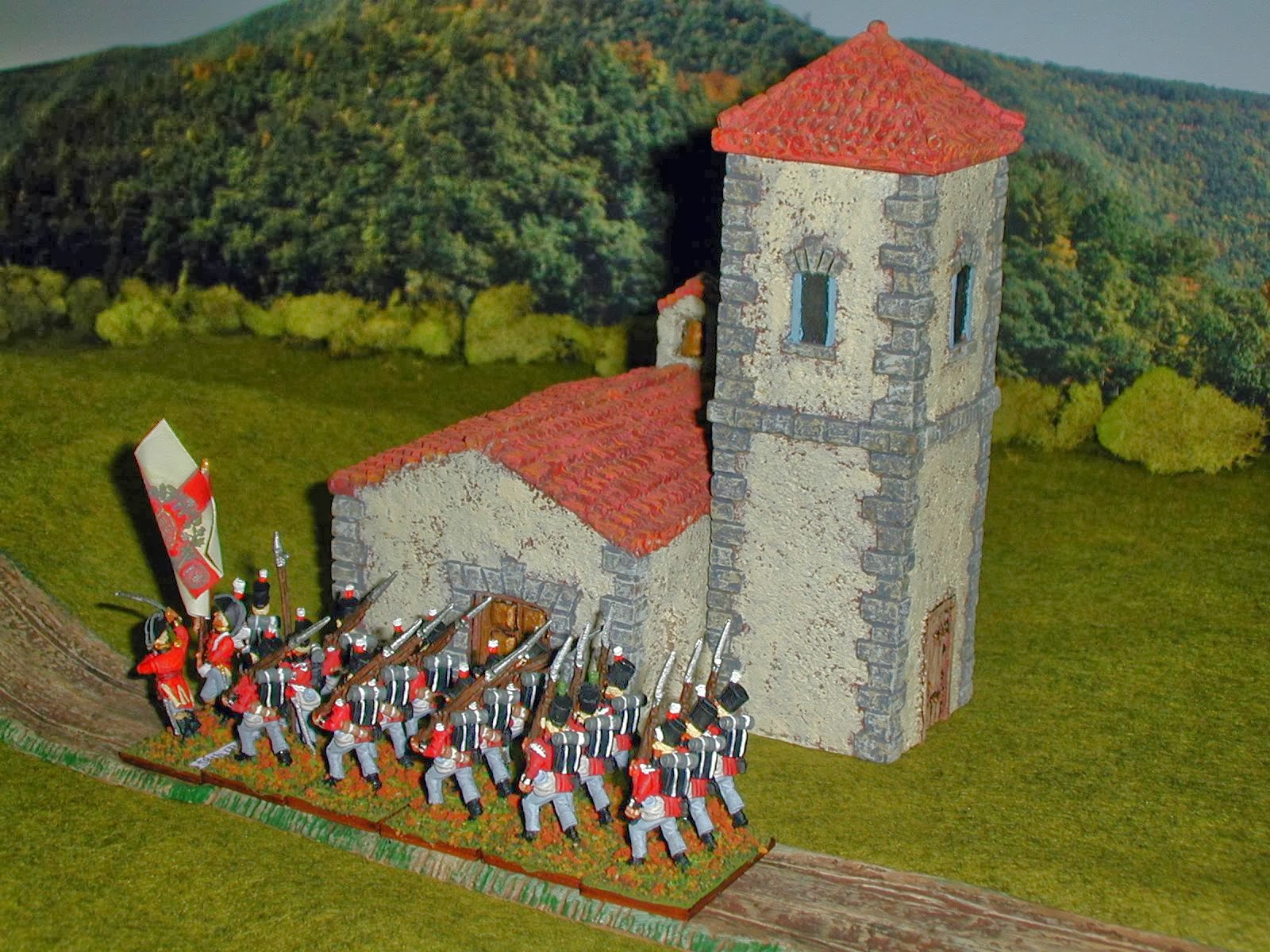 The 58th Regiment, seen here marching across the Spanish countryside. 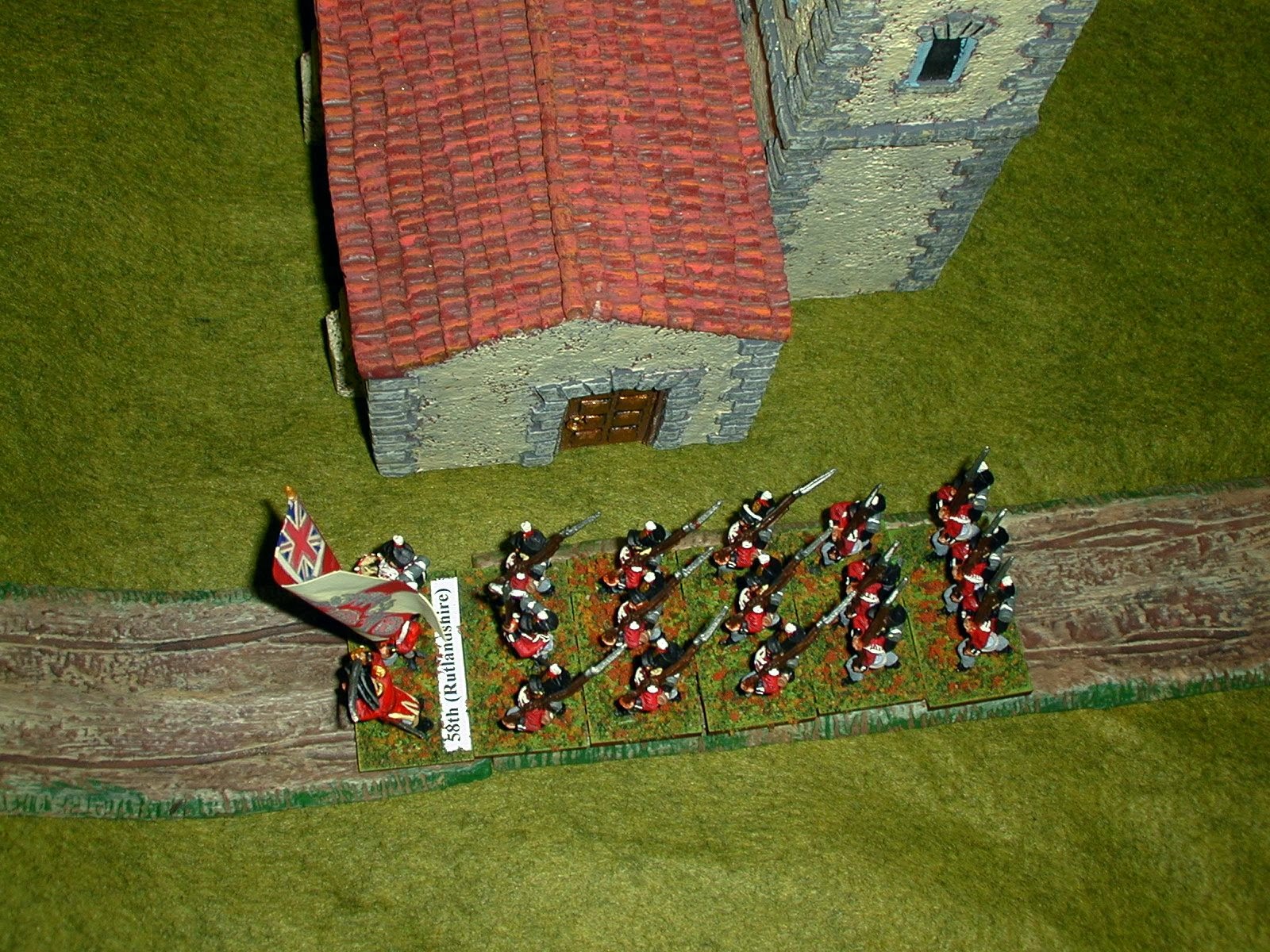 I did paint the drums of the regiment black (rather than white), figuring black *was* a proper color for drums, at least! 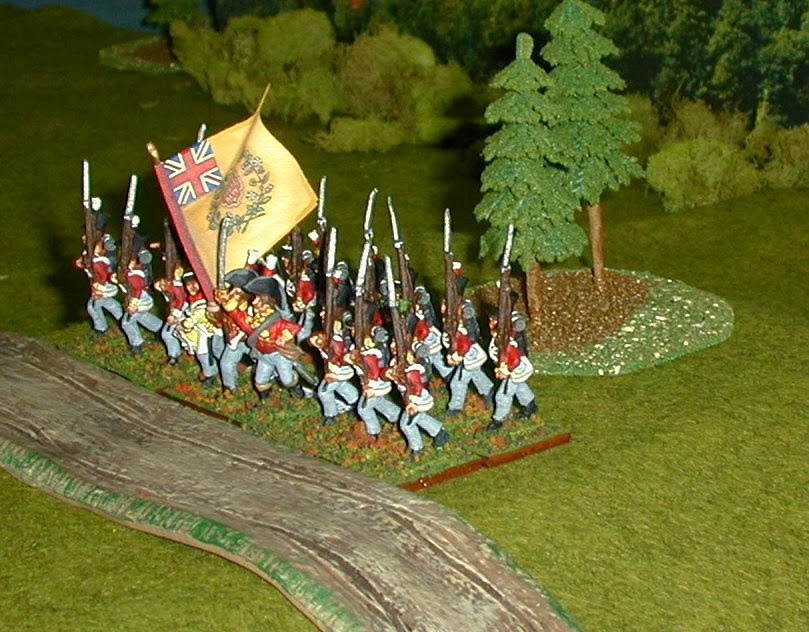 This next unit is the 57th or West Middlesex Infantry Regiment. 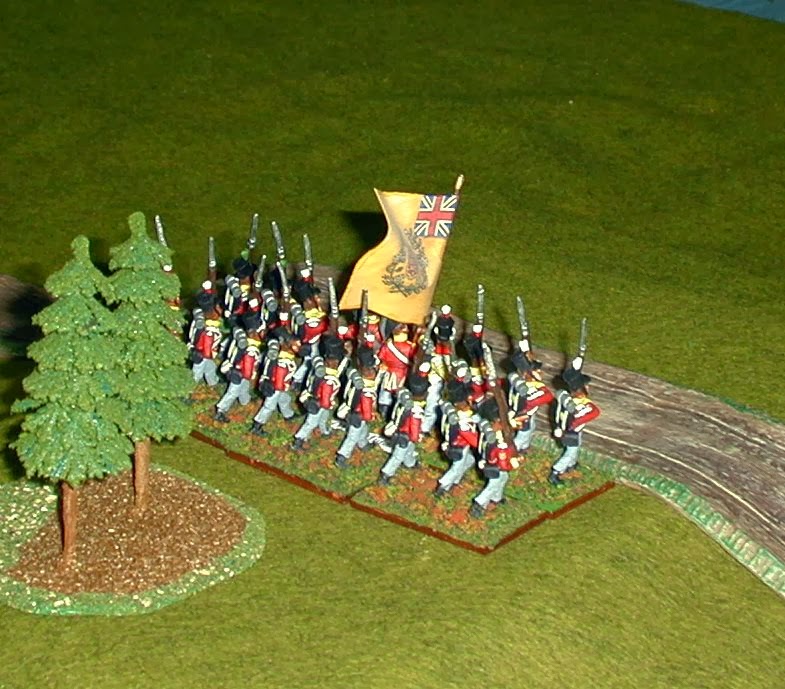 The 57th Regiment gained the proud nick name, "The Diehards"for its conduct at the Battle of Albuera (May 16, 1811). "Greatly outnumbered, the 57th withstood a terrible fire of shell and grapeshot, holding a hill which they had captured against a column four times their number. Colonel Inglis, the commanding officer was mortally wounded [hit by canister in the neck and left breast], but he rallied his regiment by calling out 'Die heard, my men, die hard!" (Rene North, Soldiers of the Peninsular War, 1808-1814. Almark Publications, London, April 1972) 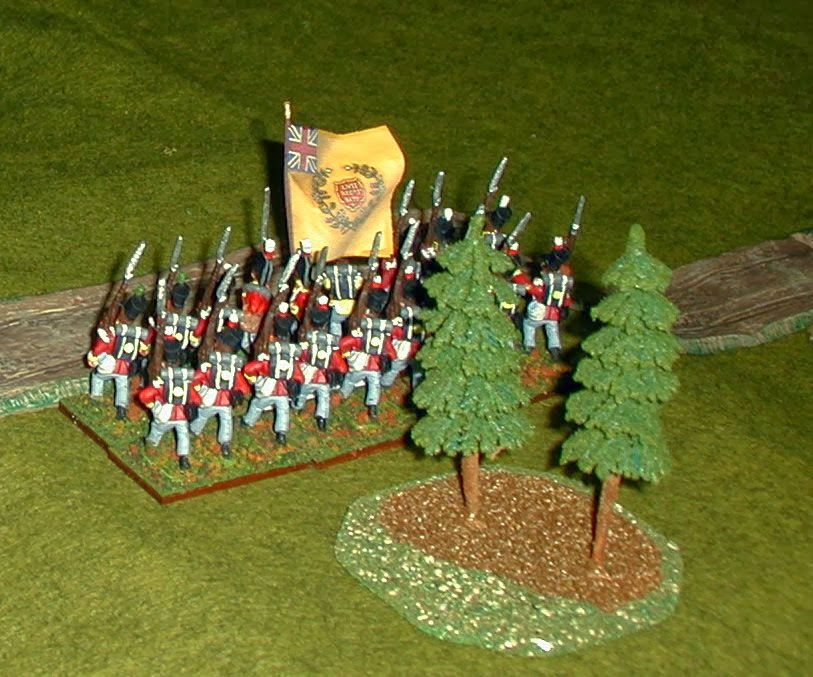 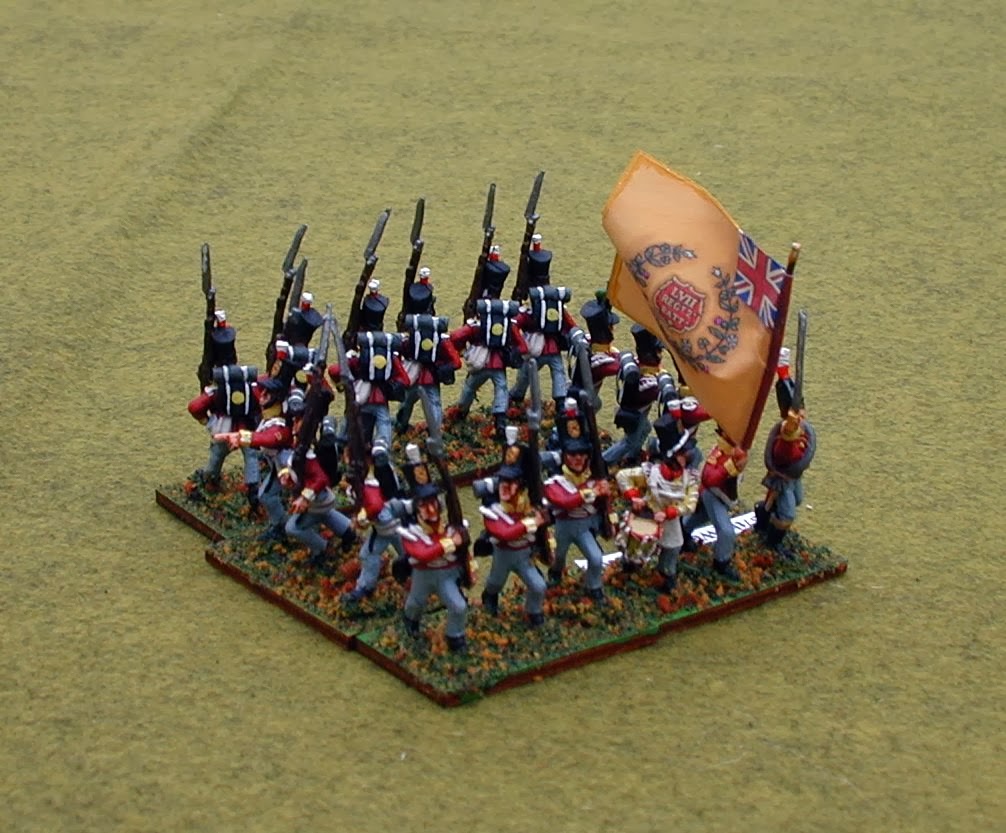 Here you can see the reversed colors of the Drummer's jacket - yellow faced red, with white lace. 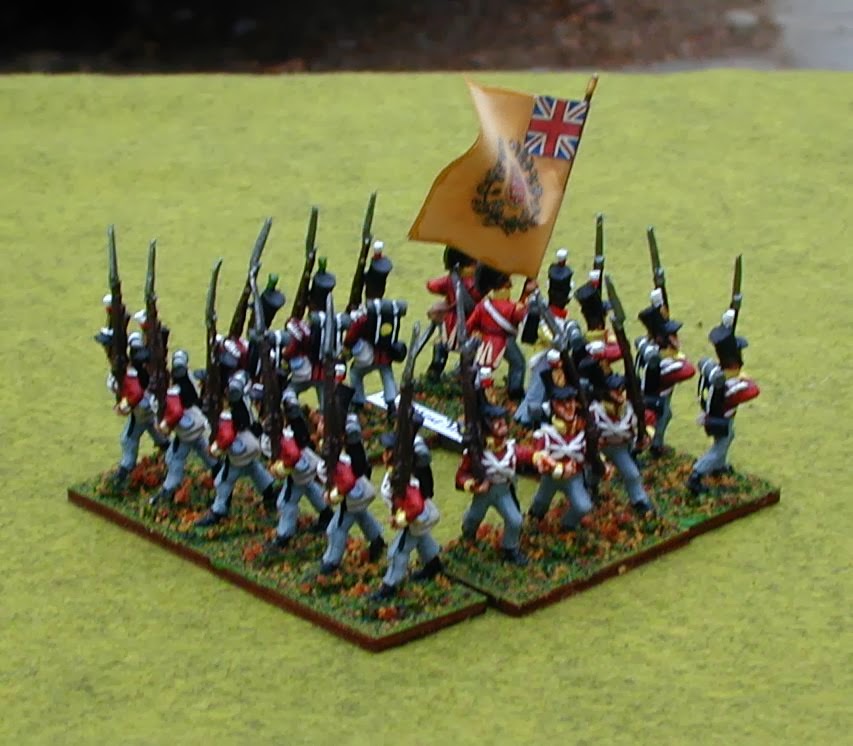 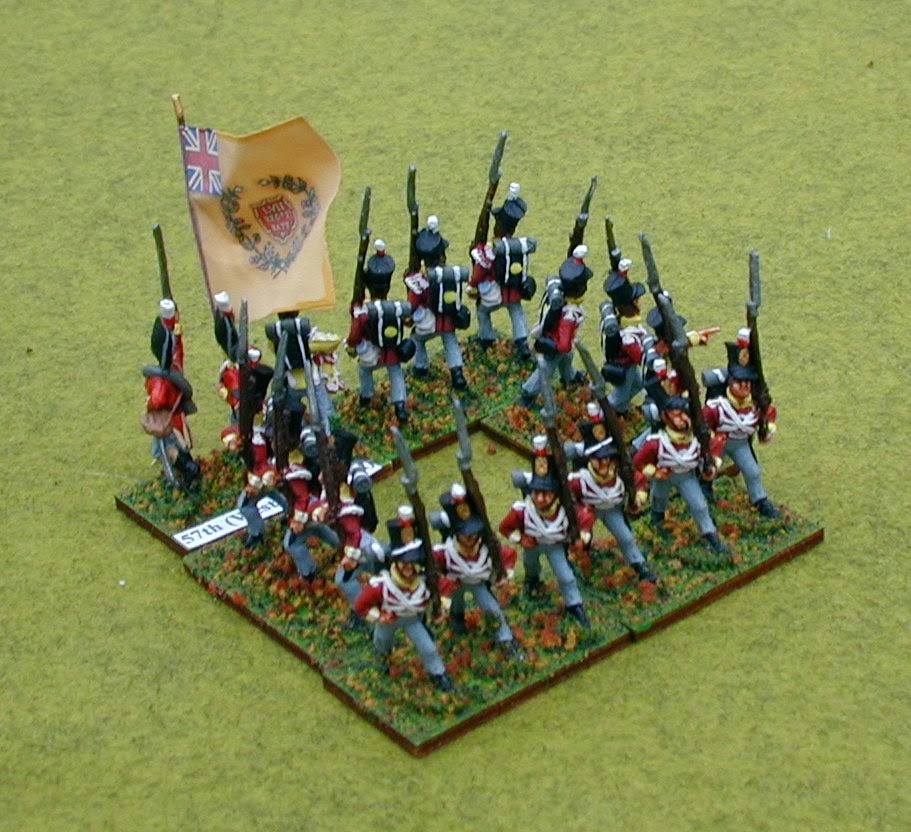 The 57th had square lace in pairs on the jacket; officer's lace Gold. 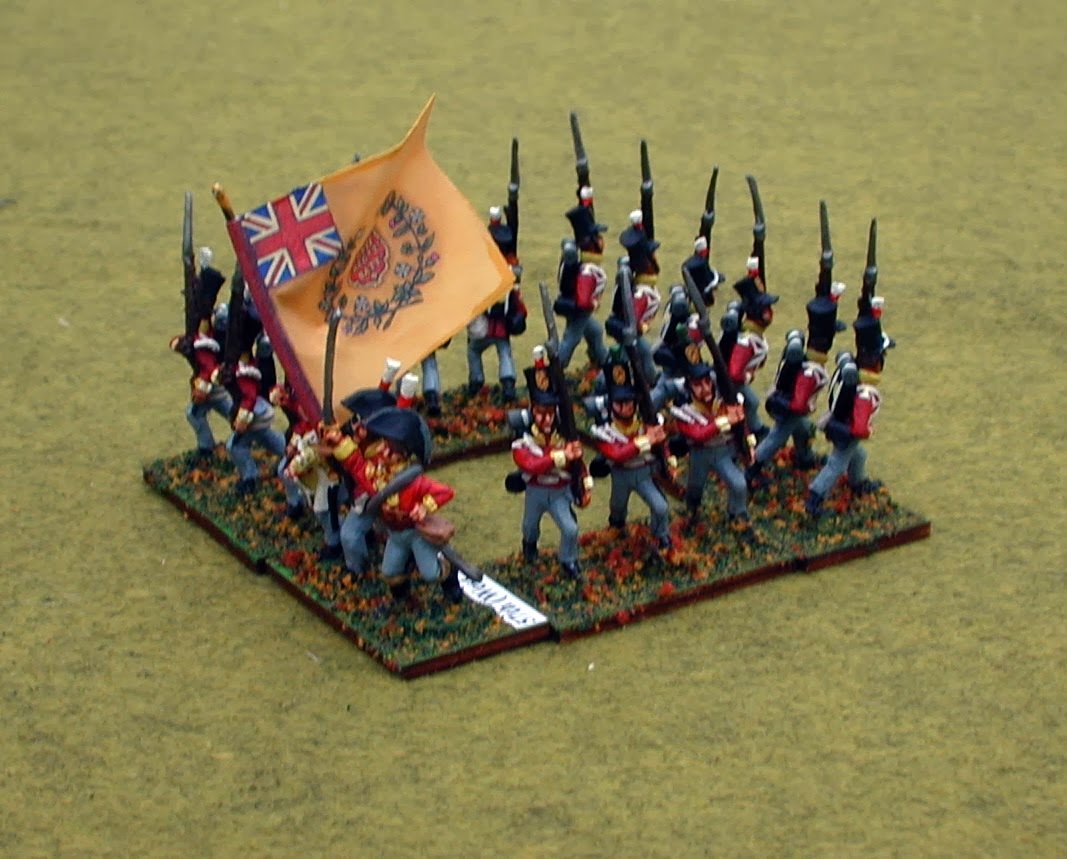